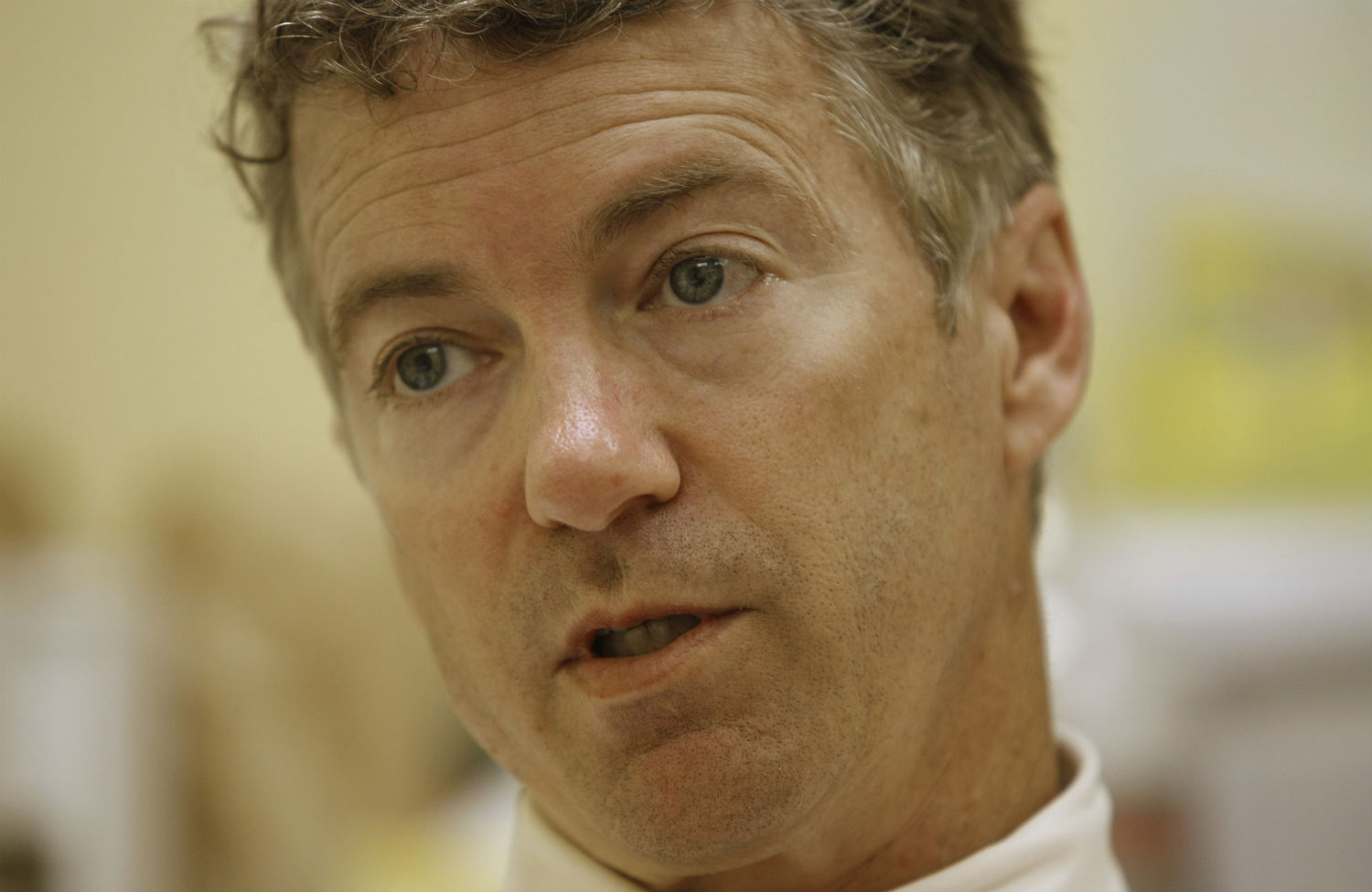 “I think Republicans will not win again in my lifetime for the presidency unless they become a new GOP, a new Republican Party,” the senator from Kentucky and all-but-announced 2016 presidential contender said last week.

Paul’s not talking cosmetic changes. He says the GOP must undergo “a transformation, not a little tweaking at the edges.” He wants the party to start talking about dialing down Ronald Reagan’s “war on drugs,” with an acknowledgement that “it’s disproportionately affected the poor and the black and brown among us.” He wants the party to defend basic liberties. And he reminds his fellow partisans that serious conversations about “big government” must deal with the looming presence of the military-industrial complex.

Paul’s points are well taken—up to a point.

But if he’s serious about making the Republican Party viable nationally, he’s got his directions confused.

This talk of a “new Republican Party” is silly.

If the GOP wants to get serious about reaching out to people of color, defending civil rights and civil liberties, and addressing the military-industrial complex, it doesn’t have to become “new.” It has to become old.

It must return to the values that gave it birth and that animated its progress at a time when the party contributed mightily to the advance of the American experiment.

The Republican Party was, after all, founded by abolitionists and radical immigrants who had fled Europe after the popular revolutions of 1848. They dismissed existing parties that compromised America’s founding promise of equality, and secured the presidency for a man who declared that “Republicans…are for both the man and the dollar, but in case of conflict the man before the dollar.”

The Republican Party became the home of the trust-busters and progressive reformers who laid the groundwork for a New Deal that borrowed ideas from not just Democratic platforms but from Republican agendas. It served as the vehicle of Wendell Willkie, who promoted racial justice at home, supported unions and outlined a “one-world” internationalism that sought to assure that a United Nations, rather than an overburdened United States, would police the planet in the aftermath of World War II. And it ushered into the presidency one Dwight David Eisenhower, who would finish his tenure with this warning:

In the councils of government, we must guard against the acquisition of unwarranted influence, whether sought or unsought, by the military-industrial complex. The potential for the disastrous rise of misplaced power exists and will persist.

We must never let the weight of this combination endanger our liberties or democratic processes. We should take nothing for granted. Only an alert and knowledgeable citizenry can compel the proper meshing of the huge industrial and military machinery of defense with our peaceful methods and goals, so that security and liberty may prosper together.

Indeed, if talk turns to changing the Republican brand into one that might appeal to the great mass of Americans—as Rand Paul suggests it does not now do—it must abandon the dictates of the Wall Street speculators, hedge-fund managers and right-wing billionaires who have defined its agenda toward such extremes.

Where to begin? Why not consider what made the party so appealng when it re-elected Eisenhower in 1956?

In that quite competitive election year, when the Republican ticket carried every state outside the Deep South except Missouri, the party platform declared, “We are proud of and shall continue our far-reaching and sound advances in matters of basic human needs—expansion of social security—broadened coverage in unemployment insurance—improved housing—and better health protection for all our people. We are determined that our government remain warmly responsive to the urgent social and economic problems of our people.”

The Republicans of 1956 decried “the bitter toll in casualties and resources” of military interventions abroad, promoted arms reduction, supported humanitarian aid to struggling countries and promised “vigorously to support the United Nations.”

On the domestic front, the party of Lincoln pledged to:

· “Fight for the elimination of discrimination in employment because of race, creed, color, national origin, ancestry or sex.”

· “Assure equal pay for equal work regardless of sex.”

· “Extend the protection of the Federal minimum wage laws to as many more workers as is possible and practicable.”

· “Protect by law, the assets of employee welfare and benefit plans so that workers who are the beneficiaries can be assured of their rightful benefits.”

But, recognizing that the government could not protect every worker in every workplace, the Republican Party declared its enthusiastic approval of trade unions and collective bargaining. Noting that “unions have grown in strength and responsibility, and have increased their membership by 2 million” since Eisenhower’s initial election in 1952, the party celebrated the fact that “the process of free collective bargaining has been strengthened by the insistence of this Administration that labor and management settle their differences at the bargaining table without the intervention of the Government.”

Eisenhower’s Republicans promised that a GOP administration and Congress would direct federal dollars toward the construction of schools, hospitals and public housing. The party pledged to fight for "the largest increase in research funds ever sought in one year to intensify attacks on cancer, mental illness, heart disease and other dread diseases” and to provide “federal assistance to help build facilities to train more physicians and scientists.”

And, of course, the Grand Old Party made a commitment to “continue to seek extension and perfection of a sound Social Security system.”

Eisenhower was no left-winger. Many Republicans who came before him (arguably Willkie, certainly Robert M. La Follette) were more liberal, as were a few (George Romney and John Lindsay) who came after him. The thirty-fourth president was, at most, a moderate, who urged the Republican Party to renew its attachment to “the overall philosophy of Lincoln: In all those things which deal with people, be liberal, be human. In all those things which deal with the people’s money or their economy, or their form of government, be conservative.” He spoke always of a balance that respected the power of government to address the great challenges of society while at the same time feared the excesses and abuses that could occur when government aligned with economic elites and industries at the expense of what he described as the nation’s essential goal: “peace with justice.”

Eisenhower closed his presidency with a prayer: “That all who are insensitive to the needs of others will learn charity; that the scourges of poverty, disease and ignorance will be made to disappear from the earth, and that, in the goodness of time, all peoples will come to live together in a peace guaranteed by the binding force of mutual respect and love.”

In the roughly fifty years since the party was wrestled from the grip of the “modern Republicans,” it has not become “new.” It has simply abandoned its values, its ideals, its basic premises.

It is toward something older, and better, than its current incarnation.