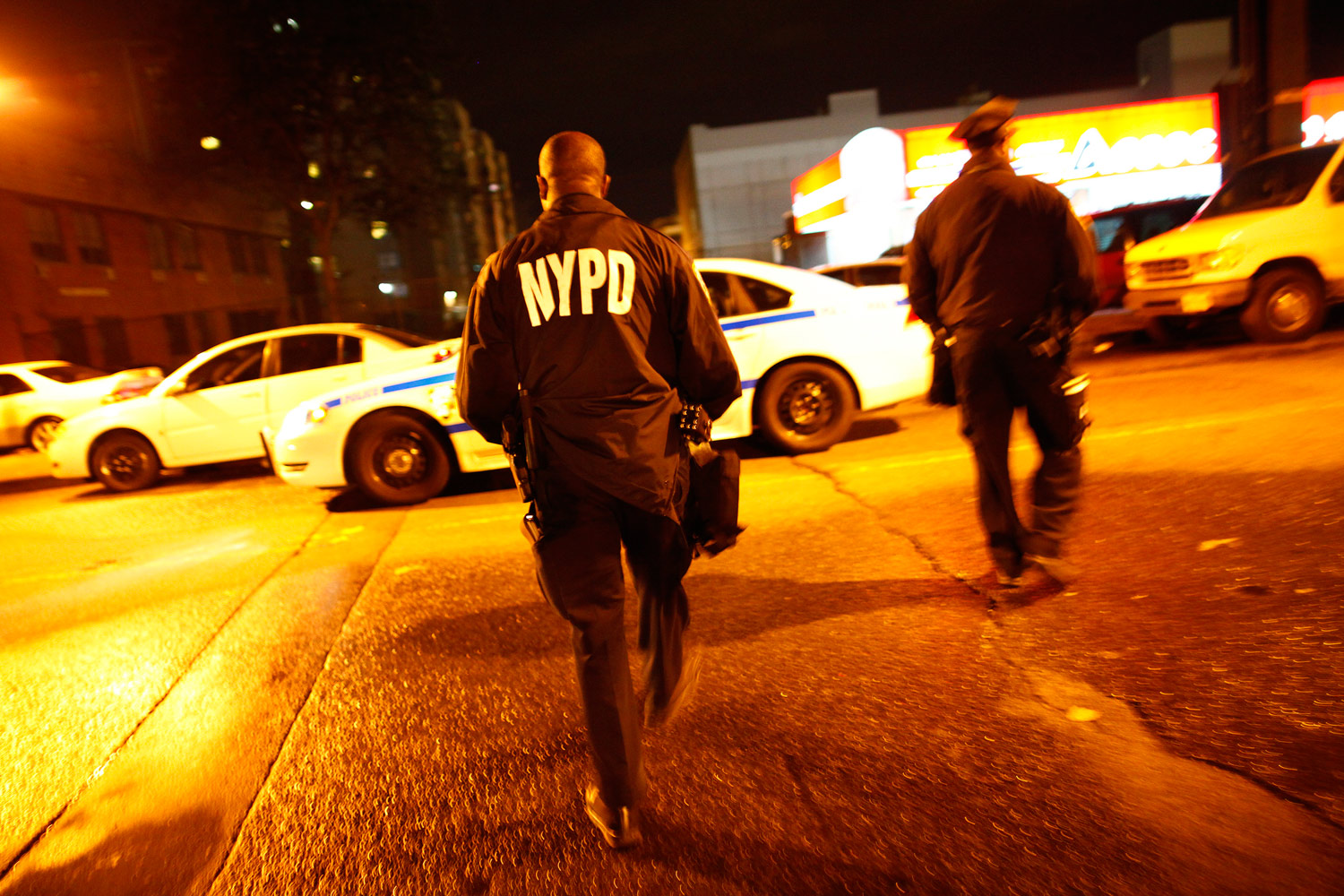 At the risk of stating the utterly obvious, most black men and women who suffer physical violence at the hands of the police aren’t millionaires. They don’t have lawyers on speed dial and lack the resources of a well-funded union leaping to their defense. But most black men and women aren’t NBA players. In other words, they aren’t Thabo Sefolosha. The Atlanta Hawks guard will now miss the playoffs after an encounter with the NYPD left him with a fractured leg and an arrest record. In his first comments following the late-night scuffle outside a Chelsea club, Sefolosha made clear that while his attorneys asked him to be silent for now, “I will simply say that I am in great pain, have experienced a significant injury and that the injury was caused by the police.”

Already, the gap between the initial police accounts—reprinted as objective narration by some media outlets—and the version that’s coming to light, should be giving NYPD Commissioner William Bratton night sweats. The official story was that Thabo and teammate Pero Antic were arrested after being asked “six times” to leave a crime scene where NBA player Chris Copeland was stabbed. Then, as the original police report proclaimed, “the defendant Thabo Sefolosha [ran] in an aggressive manner towards the direction of Police Officer Daniel Dongvort” and “Officer Dongvort’s back was facing the defendant at the time.”

Yet facts are stubborn things, and the most stubborn fact that makes this story feel like fantasy is that the arrest took place well over 40 yards away from the stabbing. I went down to the block where the stabbing and subsequent arrest took place. The distance is considerable in the light of day. So imagine how far apart the two places would have seemed with dozens of people crowding a narrow Tenth Avenue sidewalk between the stabbing and the retreat toward the team’s hotel. The idea that police were yelling on six separate occasions over the heads of throngs of people—amidst ambulances and all matter of chaos—for two men to walk away seems absurd.

An alternative version of what may have happened was told to SI’s Greg Hanlon by an anonymous source who had spoken to several people on the scene.

In this version, as people were dispersing following the Copeland stabbing, “one officer focused on Sefolosha, and then he continues to track him down the block like a D-back tracking a receiver.” Then according to Hanlon’s source, “Sefolosha turns to him and asked in substance what the officer’s problem was with him.” Sefolosha was subsequently knocked to the ground, where according to video, an officer is clearly unsheathing and raising some kind of baton.

What sounds more realistic? That Thabo Sefolosha, whose off-court reputation is pristine, decided to bum-rush a police officer whose back was turned, or that a pissed-off cop, adrenalized over a melee involving a stabbed NBA player, chose to get aggressive with the other black NBA player on the premises?

These kinds of confrontations do not happen every day, but they do happen. Police engage in racial profiling and NBA players, who could not be in the league without healthy egos, don’t like being treated like shit by cops. It’s simply a recipe for conflict. Remember the pepper-spraying of Chris Webber, when he wouldn’t get off his phone quickly enough for an officer who pulled him over in his car, or the tasing of Dale Davis, after the Indiana Pacers power forward dared police officers to shoot him. Those are only two examples, and I could list several more. What I cannot find is an instance with an NBA player seeing a police officer and just going on the attack. Perhaps that is why Internal Affairs is now investigating the arresting officers.

What happened to Thabo Sefolosha has happened before. But this case is also different. It is the first one to take place amidst the presence of the Black Lives Matter movement against police violence; the first “cops vs. jocks” story to happen in simultaneous fashion with stories such as the execution shooting of Walter Scott by Officer Michael Slager and the recording of a police officer responding to the dying Eric Harris’ plea that he could not breathe because of a police bullet in his back with “Fuck your breath.” It is the first one to happen after a fall of NBA players taking the court to say that they stand with the thousands who believe that the police have a responsibility to not kill the unarmed.

Now the ball is in Thabo Sefolosha’s hands. He is clearly preparing a lawsuit against the NYPD and if successful, good for him. As the head of an NAACP branch who asked his name to be withheld said to me, “The police are like any business. You sue. You take their money. You get the bureaucrats nervous and hopefully that means you change their behavior.” This is a valid point. But we have also seen big-city police departments pay out millions with little to show for it in changed behavior. New York City alone has belched up half a billion dollars since 2009, to settle police brutality civil suits out of court. This payout did not save Eric Garner anymore than it spared Thabo Sefolosha. But if Thabo chooses to mount a public campaign and if NBA players choose to amplify it during the playoffs, then we could have something powerful on our hands that hastens the changes in policing whose necessity is made so desperately obvious with every felled black body. Whatever path Thabo Sefolosha selects may be a personal and business decision before it is a political one. But going public is the best way for Thabo to take the “great pain” he is in, and give some back.