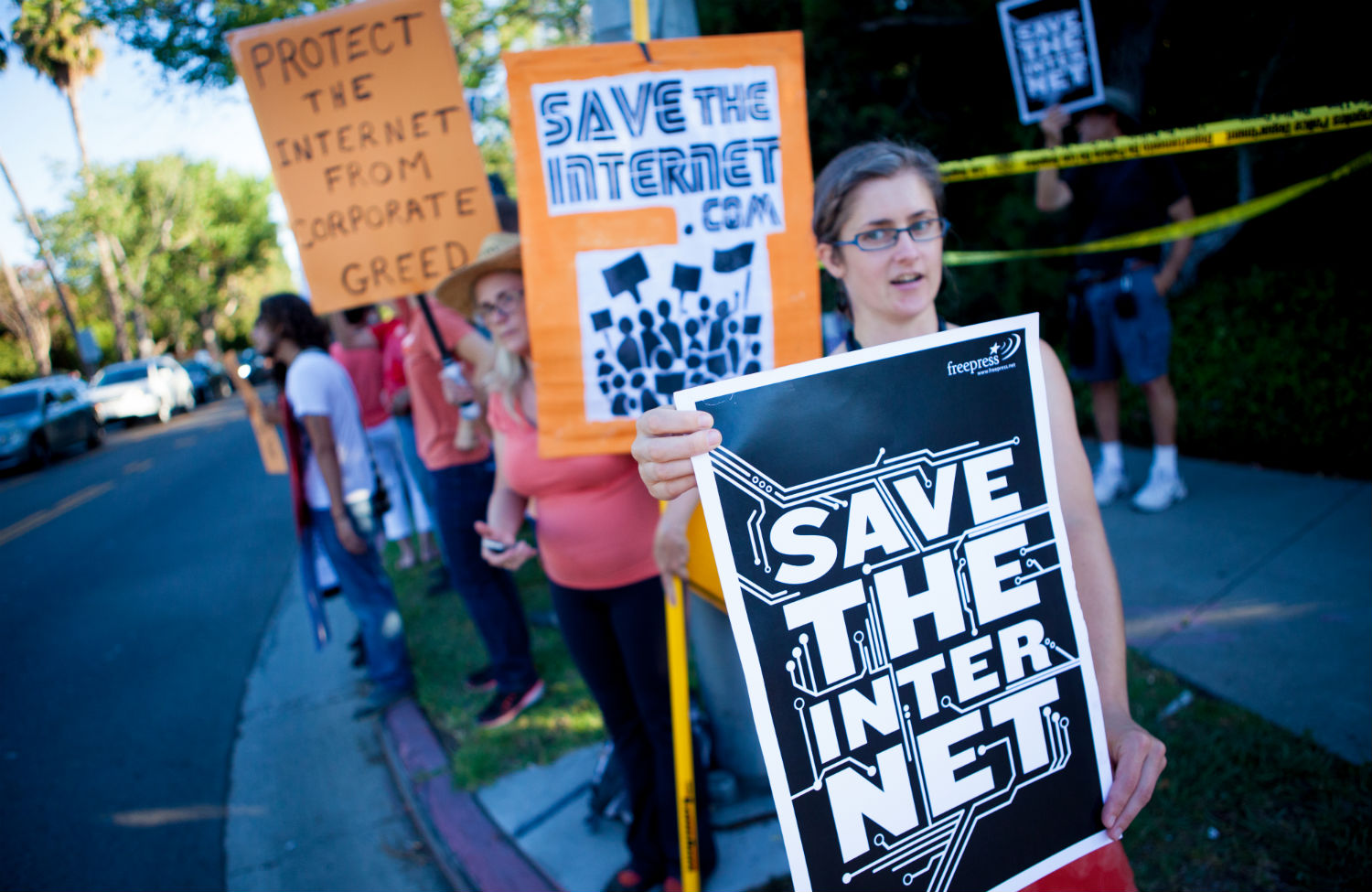 Can the people ever win in an new age of oligarchy, when corporate power is so frequently and thoroughly unbound?

Yes, sometimes, they can.

After years of bumbling, blustering and bureaucratic attempts to avoid necessary action, the Federal Communications Commission is expected to move on Thursday to defend net neutrality. According to the design and technology blog Gizmodo, “It’s Finally Game Time for Net Neutrality.” The more staid Wall Street Journal explains that the commission majority is moving to “fully embrace the principle known as net neutrality”—the “central element” of which “would be a ban on broadband providers blocking, slowing down or speeding up specific websites in exchange for payment.”

Translation: The FCC is preparing to defend the Internet as we know it against subdivision by profiteers who would create a “fast lane” for paying content from multinational corporations and billionaire-backed politicians and a “slow lane” for communications from those who are not on the winning side of the income-inequality chasm.

This is a good thing for citizens, for consumers and for businesses that seek to compete on the merits of their products and services—rather than to shut down competition with crony-capitalist deals and the monopolies that extend from them. So good, in fact, that Free Press president Craig Aaron calls the expected FCC embrace of net neutrality “one of the most important victories for the public interest in its history.” Future of Music Coalition CEO Casey Rae says that if the FCC acts, as now seems possible, the commission will not just uphold basic freedoms but unleash “the amazing creativity that real net neutrality will help inspire for generations to come.”

Consumer, civil rights, media reform and open-Internet activist groups—Consumers Union, Color of Change, Demand Progress, CREDO Action, the Future of Music Coalition and Free Press, among others—have for years advocated on behalf of net neutrality. And they have argued that the only way to defend “the First Amendment of the Internet” is by regulating high-speed Internet service in the public interest—rather than in the interest of old-fashioned telephone and cable companies.

FCC chairman Tom Wheeler, like his predecessors, initially resisted the logic of recognizing broadband providers as common carriers under Title II of the federal Communications Act, a move that would allow the commission to establish forward-looking policies to preserve an open Internet. But, after the November election, the man who appointed Wheeler to the FCC intervened on behalf of the right response.

“An open Internet is essential to the American economy, and increasingly to our very way of life. By lowering the cost of launching a new idea, igniting new political movements, and bringing communities closer together, it has been one of the most significant democratizing influences the world has ever known,” explained President Obama. “Net neutrality has been built into the fabric of the Internet since its creation—but it is also a principle that we cannot take for granted. We cannot allow Internet service providers (ISPs) to restrict the best access or to pick winners and losers in the online marketplace for services and ideas. That is why today, I am asking the Federal Communications Commission (FCC) to answer the call of almost 4 million public comments, and implement the strongest possible rules to protect net neutrality.”

Wheeler, a former president of the National Cable & Telecommunications Association and CEO of the Cellular Telecommunications & Internet Association, did not move immediately. Even prodding from the president is not always enough to get federal regulators to challenge the power of the telephone and cable industries that flood Washington with lobbyists and election campaigns with money. But the people kept pushing—flooding the FCC with millions of comments and making it clear that they would not be fooled by compromises, concessions and “hybrid proposals” that deliver something less than full net neutrality.

Of course, media and political power-brokers are imagining that the shift by the FCC is largely the result of “Silicon Valley firms” such as Amazon, Google, Netflix, Mozilla and Reddit that “have called for the FCC to shore up net neutrality.” But Google did not step up in a meaningful way until last September, long after grassroots groups had challenged—and upset—Wheeler’s initial “paid prioritization” plan. Without popular pressure, an insider debate about net neutrality would have resulted in an insider deal undermining the basic premises of a free and open Internet.

People power—and a terrific “seize your moment, my lovely trolls” call to action by John Oliver that crashed the FCC’s comment system—changed the debate. And people power must continue.

Wheeler will circulate his proposal Thursday, setting the stage for a vote by the five-member commission on February 26. Telecommunications industry lobbying will be intense because billions of dollars, and the future of communications in a digital age, are at stake. Even though, with Wheeler’s shift, the FCC now would appear to have a 3-2 majority in favor of net neutrality, the lobbyists will seek to weaken the proposal, insert loopholes and weaken standards for enforcement. The lobbyists will, as well, seek congressional interventions on behalf of the telecommunications firms, and they will do so from a position of strength because, as John Oliver says, “these companies have Washington in their pockets to a conveniently almost-unbelievable way.”

The goal of public-interest advocates must be to get both an FCC commitment to net neutrality and a final order that is “free of loopholes and industry meddling,” says Aaron, who explains that this will protect “the legal right of all individuals to access affordable, competitive and secure communications networks which enable them to transmit the information of their choosing between points of their choosing, without unjust discrimination.”

That’s a worthy goal. And it now appears to be an achievable goal—a development that is as remarkable as it is welcome. But no one should be naïve. Net neutrality is not being guaranteed as a gift to citizens and consumers. It is being won by citizens and consumers. That win must be assured in the weeks to come. And it must be defended in the months and years to come.