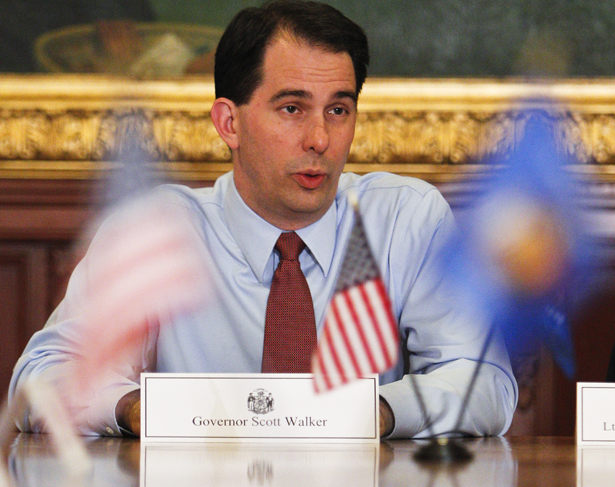 The US Senate experienced a weekend of Republican wrangling over renewal of provisions of the USA Patriot Act, with Indiana Senator Dan Coats claiming that Kentucky Senator Rand Paul was “lying” when Paul objected that supposed “reforms” of rules governing surveillance still threatened privacy rights. Arizona Senator John McCain, a frequent presidential candidate, was even rougher on Paul, a current presidential candidate; with McCain claiming that Paul’s attempts to assure that the bulk-data program is blocked were “to some degree, a fundraising exercise.”

“He obviously has a higher priority for his fundraising and political ambitions than for the security of the nation,” McCain said of Paul.

Paul countered, “People here in town think I’m making a huge mistake. Some of them, I think, secretly want there to be an attack on the United States so they can blame it on me.”

The wrangling briefly prevented “reforms” of the Patriot Act as outlined in the so-called “USA Freedom Act, which Paul explains does not really end the bulk-data program—just rearranges it by setting up a situation where phone companies “may do the same thing” as the National Security Agency. And the NSA may access can then access the data.

The fight led Republican leaders in the Senate, who initially grumbled that the USA Freedom Act could go too far in limiting intelligence gathering, to accept the measure. That was a victory for Congressman James Sensenbrenner, a Wisconsin Republican who formerly served as House Judiciary Committee chairman, the sponsor of the USA Freedom Act.

The Sensenbrenner bill is at best a frustrating compromise, not real reform. The right response, as outlined by Congressman Mark Pocan, D-Wisconsin, would repeal federal dragnet surveillance laws, while overhauling the NSA’s domestic-surveillance program. “The warrantless collection of millions of personal communications from innocent Americans is a direct violation of our constitutional right to privacy,” says Pocan, who has worked with libertarian-leaning Republicans on this issue. “Revelations about the NSA’s programs reveal the extraordinary extent to which the program has invaded Americans’ privacy. I reject the notion that we must sacrifice liberty for security—we can live in a secure nation which also upholds a strong commitment to civil liberties.”

Walker, the leader is some early polls of Republican presidential prospects who is expected to formally announce his candidacy next month, says he is not inclined to place anything in the way of significant new restrictions on the government’s ability to monitor phone records. Walker told reporters on a New Hampshire campaign swing that he opposes the USA Freedom Act because, he says, it goes too far in regulating the NSA’s mass-surveillance program.

Walker, who has developed something of a reputation for mangling details of national-security and military-policy debates, is wrong with regard to the constitutional concerns raised by Republicans and Democrats and he is wrong on the details of the current fight.

But the governor is firm in his stance.

“I would prefer to have something closer to the Patriot Act intact,” says Walker.

“I think there needs to be the capacity, if we have in America enemy combatants, or people in line with enemy combatants, we need to be able to gain access to information that would help assist us,” the governor said in response to a question from the Milwaukee Journal Sentinel.

Seriously? Everyone has gripes about the Patriot Act.

Well, everyone except Walker, who talks about “trying to create some sort of balance to make sure the Patriot Act doesn’t run out.”

Walker tried to suggest in New Hampshire that Sensenbrenner, who has long represented Walker in the House, is seeking to strike that balance.

Sensenbrenner says the governor is “misinformed.”

“Continuing the present program is not the proper balance between privacy and national security,” Sensenbrenner explained. “There is no privacy if the government ends up collecting trillions of phone records made by Americans and storing it for five years.”

The debate about domestic spying has evolved a great deal since just one senator, Wisconsin Democrat Russ Feingold, voted against the Patriot Act in 2001. Now, there is broad concern about mass surveillance, in the Democratic and the Republican parties.

But there is one throwback candidate, Scott Walker, who “would prefer to have something closer to the Patriot Act intact.”