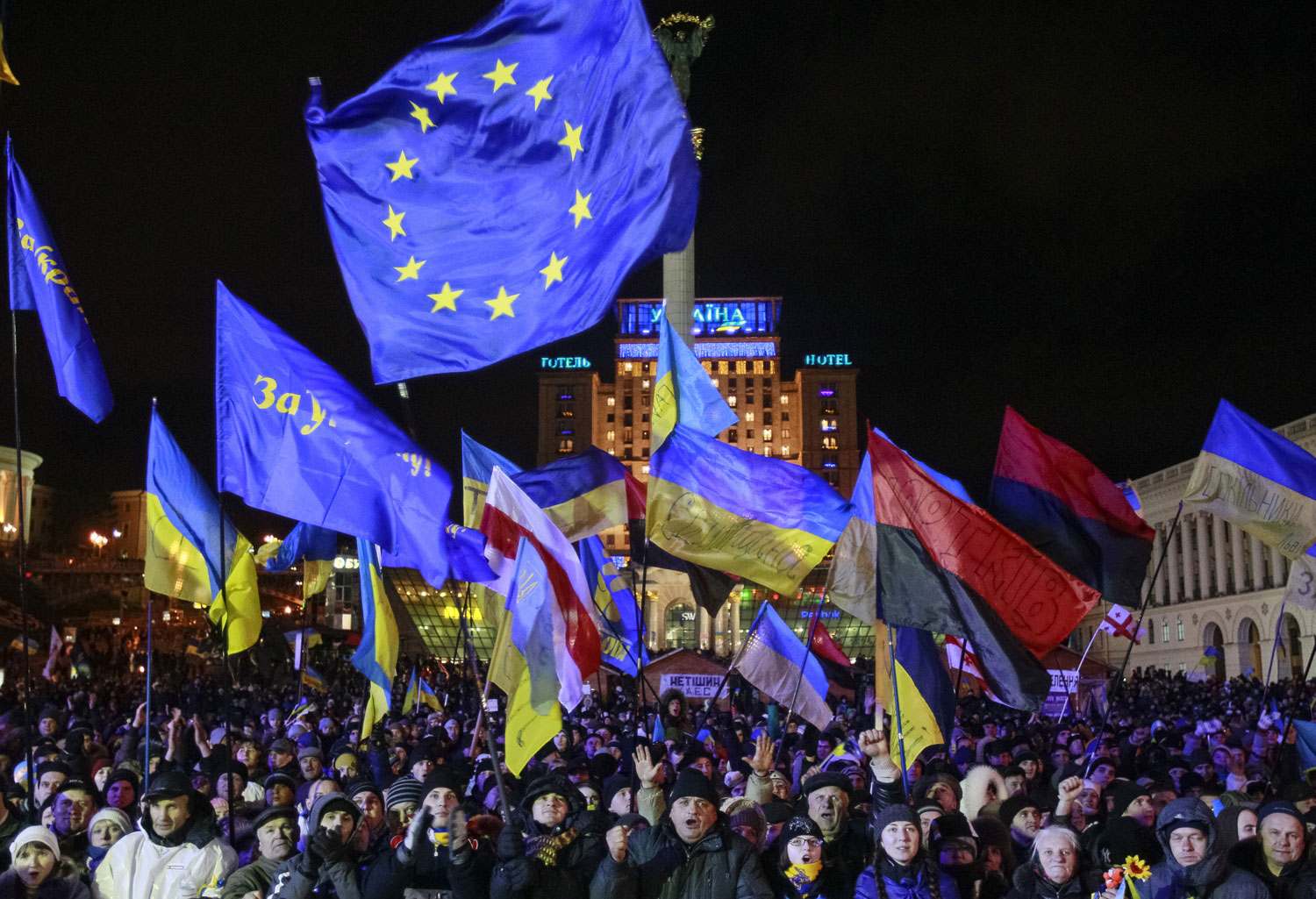 Rarely has the sheer arrogance and manipulative game-playing of the United States in foreign policy been more clearly highlighted than in the recent episode involving a phone call between Victoria Nuland and Geoffrey R. Pyatt, the US ambassador to Ukraine.

In a stunning development, the entirety of the Nuland-Pyatt telephone call was taped and then released on YouTube, possibly as the result of a Russian intelligence coup or, less dramatically, by a snooper somewhere in Europe or Ukraine who managed to gain access to a crystal-clear, high-definition recording of their talk. In the course of a little over four minutes, the two American diplomats exchange ideas about who ought to be promoted, and who ought to be demoted, by the United States inside Ukraine, which is suffering through a difficult and even violent political dispute over whether Ukraine will tilt east, toward Russia, or west, toward the United States and Europe.

Let it first be noted that it shouldn’t be surprising that Nuland would come off as a would-be imperialist or game player. If anything, she’s long been the neoconservative inside the Obama administration. For starters, for years she served as chief foreign policy adviser to Vice President Dick Cheney and then as the George W. Bush administration’s ambassador to NATO. She’s married to another prominent neocon, Robert Kagan, one of the co-founders of the Project for a New American Century, the outfit that did more than any other to promote the invasion of Iraq starting in the late 1990s. For two years, Nuland served as the official spokesperson for the US State Department. Why President Obama let Nuland into his administration is anyone’s guess, but there she is.

The transcript of the Nuland-Pyatt phone call, which apparently occurred sometime last week and was released on YouTube on February 6, reveals how deeply the United States is enmeshed into internal Ukrainian affairs. The two diplomats banter about which of the Ukrainian opposition figures ought to go into the government, perhaps as prime minister, if a deal can be struck with Viktor Yanukovich, the president. As if it’s any of her business, Nuland says, referring to Vitali Klitschko (“Klitsch”), an opposition leader, “I don’t think Klitsch should go into the government. I don’t think it’s necessary, I don’t think it’s a good idea.” To which Pyatt, after a long pause, replies, “Just let him stay out and do his political homework and stuff.” Instead, Pyatt and Nuland agree that Arseniy Yatseniuk (“Yats”) ought be the guy who goes in. “I think Yats is the guy who’s got the economic experience, the governing experience.” Then Nuland concludes: “I just think Klitsch going in… he’s going to be at that level working for Yatseniuk, it’s just not going to work.”

After going back and forth, in which the two Americans decide on who’ll make what phone call to give Yats and Klitsch their apparent marching orders, and after they note that Oleh Tyahnybok, who represents an outright fascist-nationalist party, might be a “problem” (but, still, it seems, someone they can work with), it gets worse.

After noting that Ban Ki-moon of the United Nations and a UN envoy will be weighing in, Nuland expresses her disdain for the European Union (EU), which has been taking the lead on trying to bribe, cajole and persuade Ukraine to drop its dependence on Russia and start the process of joining the EU. Although the United States has officially said that the EU ought to be out front, in Washington—and in Nuland’s office—there is frustration over the fact that the EU won’t move faster and more aggressively to undercut Russia. “Fuck the EU!” says Nuland. Pyatt replies, rather hilariously, “No, exactly.” Exactly?

Well, that hasn’t gone over too well with leaders in Europe, especially with Germany’s Angela Merkel, who’s already expressed her extreme displeasure over the fact that the Bush and Obama administrations have been bugging her private telephone and otherwise spying on Germany, an ostensible ally. Obviously not thrilled about the idea of being fucked by Victoria Nuland, Merkel called the ambassador’s comments “totally unacceptable.”

Meanwhile, the United States has tried to distract from the actual content of the phone call by blaming Russia for its release. Said Jay Carney, the White House spokesman: “The video was first noted and tweeted out by the Russian government. I think it says something about Russia’s role.”

And Jen Psaki, using spy lingo, added: “Certainly we think this is a new low in Russian tradecraft.” Tradecraft, of course, is spy-talk for the secret techniques of espionage agents.

Victoria Nuland, laughing it off and noting that the quality of the audio was good, echoed Psaki, calling the whole episode “pretty impressive tradecraft.” (Less impressive, of course, is the idea that phone calls between two top American diplomats in the midst of an international crisis can’t be properly protected using secure transmission lines and encryption.) Klaus-Dieter Frankenberger, a German journalist and editor of the Frankfurter Allgemeine Zeitung, said that as a result Russian President Vladimir Putin “should certainly be laughing himself stupid.”

No surprise: Ukraine’s own intelligence and law enforcement agencies aren’t going to bother investigating who did it.

Lastly, appearing on CNN’s Fareed Zakaria GPS on Sunday, the outgoing US ambassador to Russia, Michael McFaul, had this to say about the phone call episode, adding that he too had been bugged and the tape released:

Well, I haven’t seen any confirmation that it came from the Russians. I’ve been down here in Sochi during this period. I can say that the Russian government does have tremendous capacity when it comes to listening to conversations. I’ve had one of mine put on the web before when I was—a couple years ago. And most certainly we respect their capacities. We don’t respect what I consider if it’s true, to be a real breach of diplomacy. That’s just not the way we do business between countries.

No, the way we do business is far more aggressive than that.