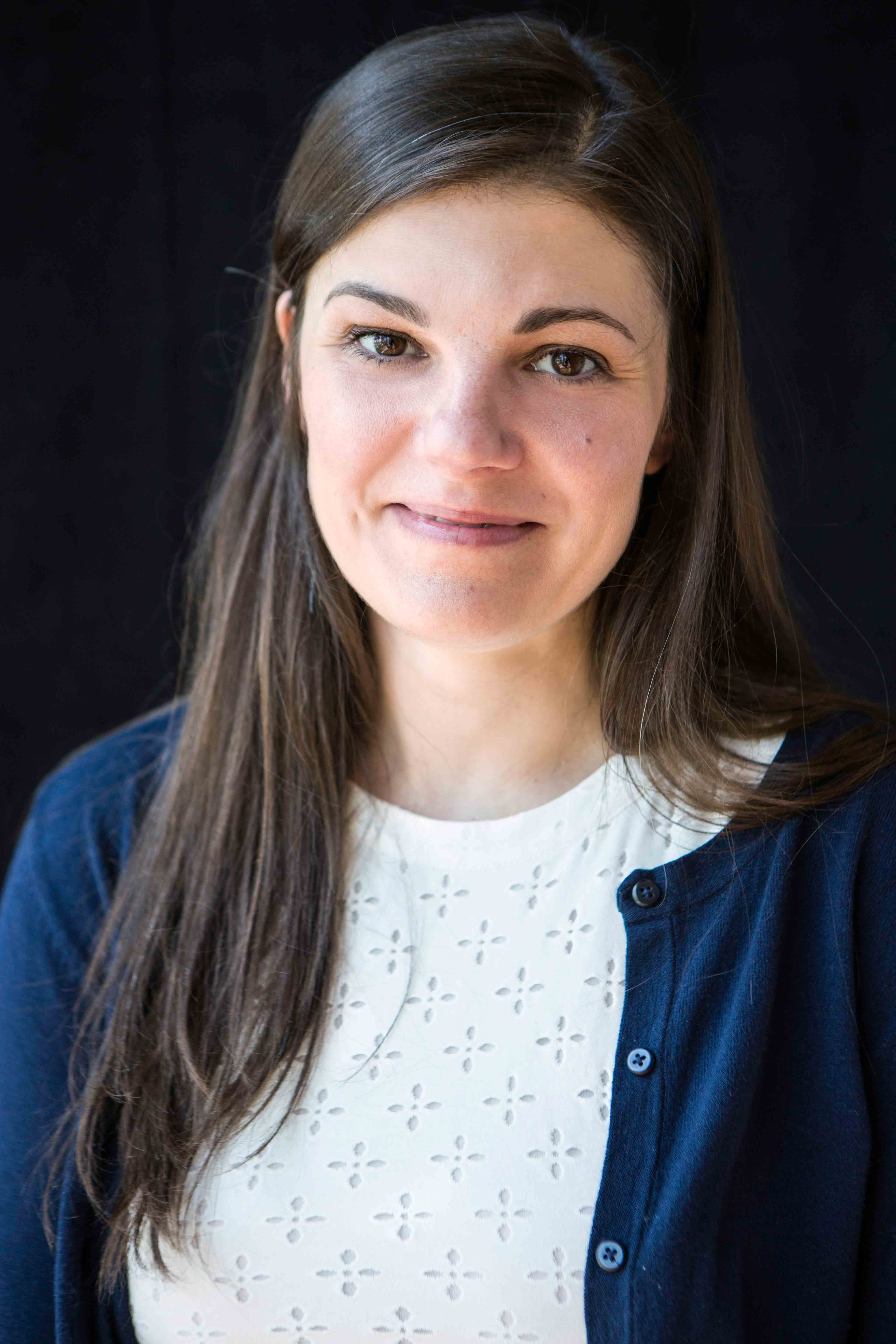 In the years that Stephanie Land was a house cleaner, the homes she worked in witnessed the little intimacies of her poverty. She was in the bathroom of one she called the Plant House—a multi-room empty nest filled with the kind of things (greenery, rugs, a piano) she could only dream of affording—when the weight of her circumstances became too much to bear. With her infant child constantly sick and just out of surgery, and feeling the pressure of her long hours and the anxiety of stretching her meager wages across a long list of basic expenses, Land took a moment to break down and cry in the tub. But soon, something about the unattainable house gave her a moment of consolation. “It had watched me go through its phone book to find churches that might donate funds to help me pay rent after I learned that the waitlist for Section 8 was five years long,” she writes. “That house knew me and I knew it.” This scene from Land’s debut book, Maid: Hard Work, Low Pay, and a Mother’s Will to Survive, touches on both the hopelessness and the inexplicable persistence of poor working parents in America. The book is a memoir, not a journalistic or sociological work, but by virtue of its intimacy and form, it highlights the devastating realities of poverty absent in many more objective studies.

Maid: Hard Work, Low Pay, and a Mother's Will to Survive

Born from a viral essay that Land wrote for Vox in 2015, Maid spans the first few years of her life working as a domestic cleaner and relying on public-assistance programs as she raises her daughter, Mia. The story begins with the two moving out of a shelter into transitional housing not long after they were forced to flee the home they shared with Mia’s abusive father. Land becomes a house cleaner, yet, despite how hard she works, her wages can’t keep up with her expenses, and she becomes a member of America’s poor, white working class. As she and her daughter move through a series of unstable and unsafe housing situations, Land drives to and from mansions across Washington State’s Skagit Valley, cleaning the toilets and scrubbing the floors of the area’s upper-middle class. “We lived, survived in careful imbalance,” she writes. “This was my unwitnessed existence, as I polished another’s to make theirs appear perfect.”

Land’s dreams for a better, more uncomplicated future pull her through the tribulations. She wants a stable home, a living wage, and—loftiest goal of all—a chance to move to Montana, attend college, and become a writer. But in the face of childcare fees, heating bills, and expensive rents, these goals seem to be insurmountable challenges. In the end, her life does take a turn that sets her on the path to becoming a published author. But it is not a kind of fairy-tale twist so much as a gradual confluence of good luck. By the time she penned the Vox essay, Land had succeeded in moving to Montana, getting her degree, and publishing her writing online, both on her own and through the Economic Hardship Reporting Project.

Informed by direct, lived experience, Maid and other first-person accounts of poverty show how our nation’s poor must constantly assert their humanity against regressive social policies and the stigmas they create. This, even though 40 million Americans are currently living in poverty, with 18.5 million of them in extreme poverty. As Barbara Ehrenreich, who founded the Economic Hardship Reporting Project, points out in the introduction to Maid, this group includes untold numbers of women writers whose work will never be produced or reach a wider audience simply because they’re too busy struggling to survive.

Despite being a personal memoir, Maid covers much of the same ground as other projects looking to convey the day-to-day reality of being poor in the United States. Throughout, Land lays down the ins and outs of her life, revealing her shoestring budgets, how she found housing with Section 8 and Tenant-Based Rental Assistance, how she fed herself and Mia on food stamps and WIC checks, and how—despite working full-time while on government assistance—she never had quite enough to keep her head above water. It’s easy to see how Maid will become a qualitative source for understanding the white working poor going forward.

However, Maid’s main strength is in etching out what classist stigma looks like and how it inspires shame. One example it offers concerns buying food—a perennial sticking point in national conversations about what poor people do and don’t deserve. In one scene, a man yells “You’re welcome!” at Land as she leaves a checkout counter, having just paid for groceries with WIC checks. Shortly before that, she hears a client comment on seeing a Mexican family using EBT while “dressed to the nines.” The interaction shows Land just how much scrutiny and surveillance hers and other poor families are constantly under. “I worried about buying items that were either too nice or too frivolous,” she writes. “In the chance I would ever need to get Easter candy or chocolates for Mia’s stocking at Christmas with food-stamp money, I’d go late at night, using the self-checkout.” It’s an experience of internalization that no quantitative data or secondhand accounts could effectively translate, but an example of the kind of shame that Americans who have always lived comfortably need to begin to understand.

When it comes to poverty, there are some things that can only be known and told by someone who’s actually lived it. Ehrenreich pointed out as much in Nickel and Dimed: On (Not) Getting By in America, her 2000 investigative account of what it’s like living in the United States while working at minimum-wage jobs. “There was no way I was going to ‘experience poverty’ or find out how it ‘really feels’ to be a long-term low wage worker,” she writes. Ehrenreich explains her project as a journalistic experiment to see if she can do what “the truly poor attempt to do every day” and financially survive. She recounts her efforts via first-person narratives, rundowns of her wages and expenses, corresponding research from government reports and news sources, as well as personal takes on things like her co-workers and working conditions.

Still, there’s only so much a middle-class person can see or understand about being poor in America. When Ehrenreich works as a house cleaner, she can’t exactly ask her co-workers how poor they are, and so instead she has to make educated guesses based on workplace conversations and general price estimates. Later, she wonders what long-term poverty does to the soul, if it creates a “repetitive injury of the spirit.” What is noticeable (and also contributes to the book’s sharpness) is the buoyancy with which Ehrenreich moves through her project: Unlike Land’s, her own stakes for failing at her experiment were low. She writes knowing that she has another, more stable and pleasurable life to go back to whenever she decides that her research is done. Nickel and Dimed showed millions of Americans what it’s like to piece together an income on the lowest rungs of the job ladder, but the stigma of being poor—an integral aspect of poverty—is absent, having been outside the author’s focus or range of access.

To be clear, the study of poverty and its effects isn’t necessarily stymied by objectivity or methodical research. To write his 2017 book Evicted, which examined housing and eviction in Milwaukee, the sociologist Matthew Desmond moved to the city’s North Side. He was careful to ensure that his own subjectivity didn’t intrude on the book, instead diligently recounting the experiences of the people he shadowed. In his explanation of the project, Desmond writes: “I hope that when you talk about this book, you talk first about [the people in it], and the fact that somewhere in your city, a family has just been evicted from their home.” The statement rightfully points to the wealth of humanizing detail that Desmond provides in the book. But still, I couldn’t help but wonder about the interior experiences of his subjects, such as the internalized shame—especially for black people living in poverty—that is difficult to communicate to a white observer. What, I wondered, could be gleaned from hearing these people tell their own stories at length, much as Land was able to tell hers? Evicted is a crucial body of research—and yet, particularly when it comes to issues like poverty, housing instability, and stigma, there’s value to be found in hearing directly from the people themselves.

That Land’s account is highly personal is obvious on its face, and as all of these authors touch on in their work, they can only personally speak from a white perspective. In Maid, Land reflects on what it means that a white woman like her doesn’t look like the type of poor person that white, middle-class America loves to demonize: “Maybe they saw, in me, the chance of their own fragile circumstances, that, with one job lost, one divorce, they’d be in the same place I was.” She may be right. Still, Maid is a welcome addition to the wealth of stories that more privileged Americans need to hear about an often callously “othered” side. Personal accounts cannot automatically engender empathy, but changing minds is impossible without them.