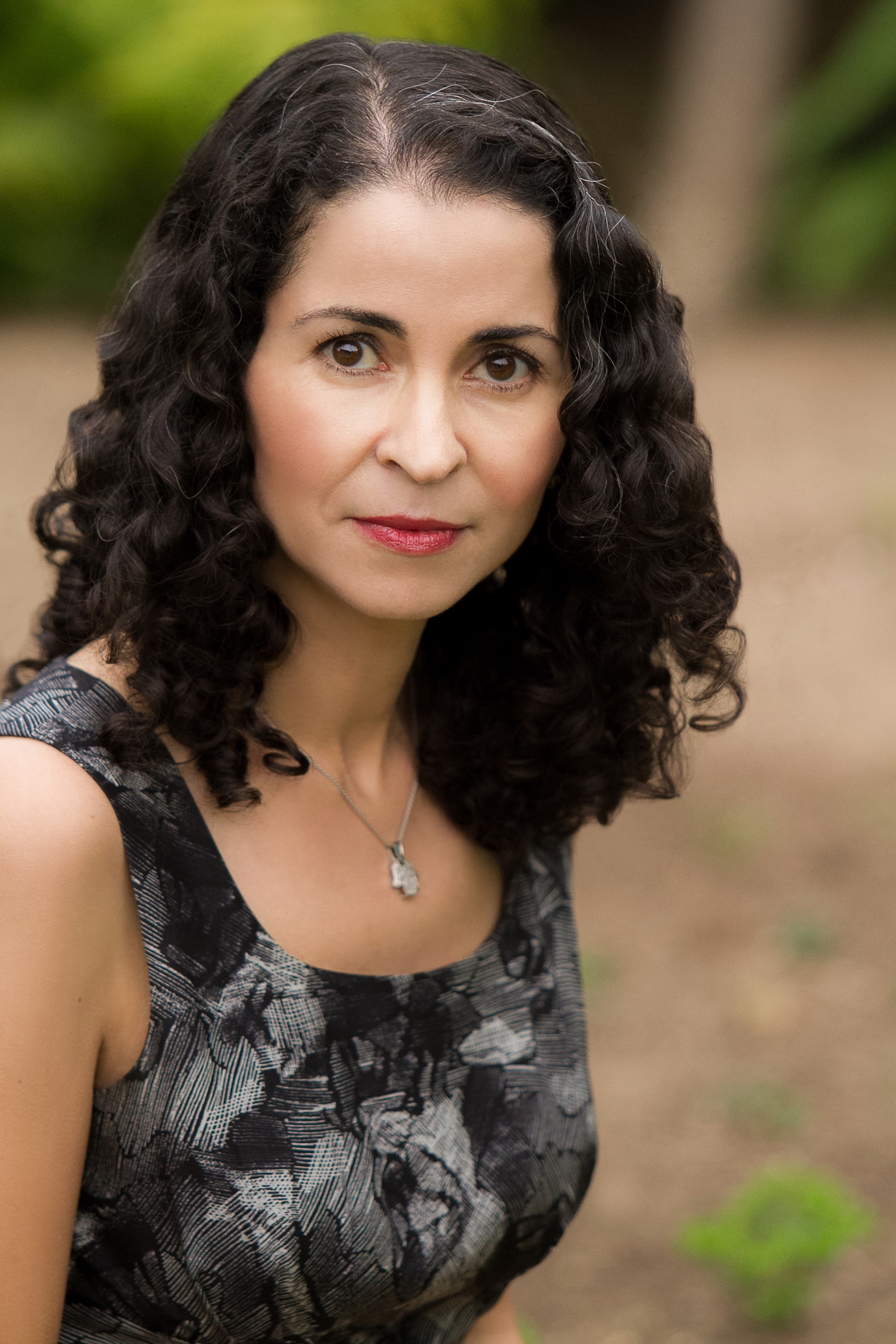 “There’s a disconnect between how people imagine their families and how families are in real life,” Laila Lalami tells me. Her new novel, The Other Americans, takes place inside that gap: Nora, the Moroccan-American protagonist, is struggling to make sense of herself and her family in the wake of her immigrant father’s death in a mysterious hit-and-run. Nora has been living in the Bay Area for many years, and upon returning to her small hometown in the Mojave, realizes that life has continued outside of the big city: high-school friends have returned from Iraq, neighbors’ businesses have collapsed, and her family has begun to accumulate secrets. In order to discover what really happened, late one night in the middle of the desert, she has to rely on old acquaintances and new faces, including a detective transplanted from DC and an undocumented witness hesitant to come forward—each with their own family to protect.

This is Lalami’s fourth book; in addition to being a novelist, she is a professor of creative writing at the University of California, Riverside, and a Nation columnist. The Nation spoke to her about new novel, family, migration, and the complications of being an American.

laila lalami: I didn’t even go to the Mojave until nine or 10 years ago! I always thought, I’m a big city person—whether it was in Morocco or going to school in England, or here in L.A. I never thought the desert would hold any pull for me—and yet, when I started going there, something about it really spoke to me. I fell in love with it. I love the landscape. I love the silence.

nawal arjini: So many “immigrant novels” take place in the city, but you use a small town in the desert as a microcosm of American society.

LL: There’s this lie that only in places like LA or NYC or San Francisco are people encountering people of different races or backgrounds or ethnicities. If you travel for any length of time in the central valley of California, you see these huge communities of immigrants. It was interesting to complicate the idea of these rural spaces that people think are isolated and monoethnic.

As I started working on the book, I realized that almost every character I was creating was somebody who had been displaced, whether voluntarily or involuntarily. For example, the detective finds herself in this small town (she’s from Washington, DC), and is forced to adapt.

NA: Do you think there’s a difference in the way people of different backgrounds interact in the country versus in the city?

Desire in Our Times: A Conversation With Amia Srinivasan

How Black Women Musicians Defined What We Call Culture

LL: In smaller cities, there’s opportunities for observing and having more personal interactions, because it’s the one guy you’re always buying your gas from. It’s a little more long-term; those encounters are rarer, but it’s the same people. That scale interested me.

The realization Nora comes to is that there are no untroubled places. Thinking that you’re going to live in a big city and everyone’s going to be accepting, they’re going to see you as an equal, you’re not going to hear these terrible things said about your people—that’s not true.

NA: After her father dies, Nora has to return from Oakland and finally face all the very complicated relationships within her family.

LL: Immigrating is a very difficult decision. It breaks your life in two. Your children grow up without a reservoir of family stories. At their birthdays, it’s only parents and friends, no cousins, aunts, grandparents. Within Nora’s family, you see all the tensions of immigration—on the immigrants themselves, and on the native-born whose parents are immigrants.

I’m interested in these moral complications. [For the parents], their marriage, all of their relationships are affected by a decision they made in their 20s. Back in Morocco, the father thought their moral obligation was to stay and fight for democracy with the students, but the mother thought that the important thing was to be safe, to keep her family together and leave.

It’s the father who ends up adapting to his new environment; the mother realizes in short order that they’re really not there [in America] together. They’re not the ideal family she expected. On top of that, her daughters are growing up in a different culture, with a different language and sets of references. The older daughter works extremely hard trying to be the perfect child. And the younger student doesn’t, that’s why she becomes an artist!

NA: Your characters hope that their families are bedrocks of support, and they’re forced to realize that they’re not.

For me, it also goes against the idea of the respectable immigrant. There’s a dynamic about the portrayal of Muslim immigrants in the US. There are two images: they’re fifth-columnist terrorists, or respectable and high-achieving—and nothing in between. It’s very difficult to be ordinary, or average, because these images are so prevalent. [Nora’s father], like all of us, has a secret. It makes him neither good nor bad; it just makes him human. It’s a claim to his humanity, for him to have a messed-up family life.

NA: Marriage, and the conventional family, isn’t working out for everyone. Is there some potential in moving, in disruption, that allows people to rethink what they want out of family?

LL: When you move into a new place, it does involve a refashioning of the self. We derive our sense of identity at least partly in relation to the landscape around us, in which we’ve grown up. It wasn’t until I started going to the desert that I realized that I actually loved being in the desert and not seeing anyone. So if you uproot yourself, move to a whole new place, you begin to change. The idea [that you can] move to another city or another country and remain the exact same person—it’s not true, you change.

NA: You’re saying that’s a common link between people who move across the country and people who cross borders.

LL: What’s in common is that who you think you are starts to change, and people react very differently to it. Some people welcome it, and think of it as an opportunity for growth, and other people are never really okay with it, and try to hold onto the past at all costs, and that’s what happens with the mother.

In the case of the detective, this change in landscape is making her see her family life with a whole new set of eyes, things she might not have noticed otherwise. The [undocumented] witness also changed because of his immigration, he’s constantly living in a very vulnerable state. That state of vulnerability is not something that he had growing up, but for the foreseeable future, that’s what he’s going to be, constantly living in fear.

NA: How much do you think of yourself as an immigrant? It’s often hard to find yourself in the word—it’s so stereotyped. How would you describe your experience?

LL: It’s one of many identities that I have. I came to the US to go to graduate school in the 90s. I’d intended to finish my coursework in two or three years, and then return to Morocco to write my dissertation and teach there. I had actually already interviewed for a job at home, and my prospects were pretty good—but then when I got to graduate school, I met an American, I got married, life took this unexpected turn. I sometimes say I’m an immigrant by chance. It was never a goal for myself.

This whole journey I never intended to take has shaped who I am, it’s shaped my writing. A lot of my writing has touched on themes of dislocation, whether it’s a person who finds themselves crossing class boundaries or someone who’s crossing physical boundaries. In The Other Americans, I thought I was writing a story about someone who gets killed in a hit and run accident, a story about his family grieving. But before long, the theme of immigration started permeating the book.

NA: Everyone’s experiences are different, but you also suggest a fundamental similarity between conditions of displacement, even within a country. How do you reconcile these two things, the commonality of displacement and the specificity of people’s lives?

LL: It will be very familiar to every immigrant that, for example, you’re going to miss your family, or you’re going to try to stay in touch but you can’t because they’re thousands of miles away. At the same time, no story is going to capture everything. I know people who immigrated and things didn’t work out, and after 10 years they returned to their home country. Others never go back to their home countries. Most people are in between. Immigration is no different from other human experiences in its diversity.

NA: There’s a strain of immigrant writing that feels really schlocky, full of woe-is-me moaning. How do you avoid writing about immigration sentimentally?

LL: Writing with nostalgia can be dangerous—that’s a very common thing, with immigration. But you don’t experience your life being sentimental when you’re living it. The way immigration is portrayed in the movies is often very sentimental, this fairytale of immigration. I have no complaints about my life [in California], but I see in my life a certain kind of loss. When I write about immigrant characters, it’s never far from my mind that there’s an interplay between gain and loss.

NA: Do your students write about immigration?

LL: I teach at the University of California, Riverside, and we have a lot of students who are interested in telling their stories, and it’s not uncommon for me to be in a classroom where half the class are either immigrants or children of immigrants. The immigration experience is often presented as being extraordinary, but 40 percent of LA is foreign-born; it’s a really ordinary experience, one that’s touched millions of lives. One out of every 10 Americans is born outside the US. We’re a migratory species.