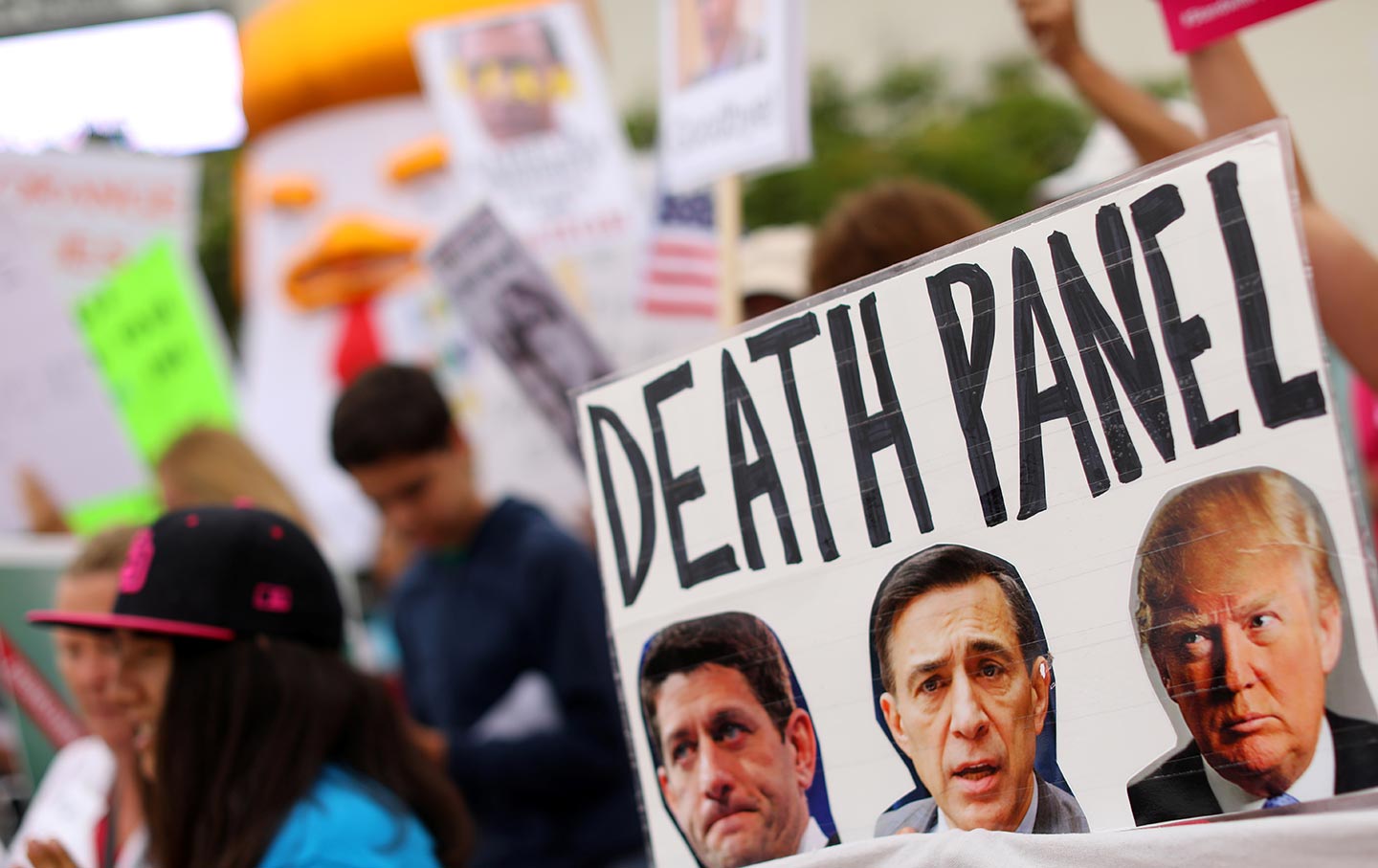 If I have to read one more article blaming liberal condescension toward the red states and the white working class for the election of Trump, I’m moving to Paris, France. These pieces started coming out even before the election and are still pouring down on our heads. Just within the last few weeks, the New Republic had Michael Tomasky deploring “elite liberal suspicion of middle America” for such red-state practices as churchgoing and gun owning and The New York Times had Joan Williams accusing Democrats of impugning the “social honor” of working-class whites by talking about them in demeaning and condescending ways, as exemplified by such phrases as “flyover states,” “trailer trash,” and “plumber’s butt.” Plumber’s butt? That was a new one for me. And that’s not even counting the 92,346 feature stories about rural Trump voters and their heartwarming folkways. (“I played by the rules,” said retired rancher Tom Grady, 66, delving into the Daffodil Diner’s famous rhubarb pie. “Why should I pay for some deadbeat’s trip to Europe?”) I’m still waiting for the deep dives into the hearts and minds of Clinton supporters—what concerns motivated the 94 percent of black women voters who chose her? Is there nothing of interest there? For that matter, why don’t we see explorations of the voters who made up the majority of Trump’s base, people who are not miners or unemployed factory workers but regular Republicans, most quite well-fixed in life? (“I would vote for Satan himself if he promised to cut my taxes,” said Bill Thorberg, a 45-year-old dentist in Harrisburg, Pennsylvania. “I’m basically just selfish.”) There are, after all, only around 75,000 coal miners in the entire country, and by now every one of them has been profiled in the Times.

In her fascinating recent book Strangers in Their Own Land, the brilliant sociologist Arlie Russell Hochschild asks readers to climb the “empathy wall” and really try to understand the worldview of Trump voters—as she did, spending over five years getting to know white Southern Louisianians, many of them Cajun, who have extreme free-market, anti-government Tea Party politics although they live in “Cancer Alley,” an area where the petrochemical industry, abetted by the Republican politicians they voted for, has destroyed nature, their communities and their health. Hochschild has a deep grasp of human complexity, and her subjects come across as lovely people, despite their politics. As she hoped, I came away with a better understanding of how kindly people could vote for cruel policies, and how people who don’t think they’re racist actually are so.

But here’s my question: Who is telling the Tea Partiers and Trump voters to empathize with the rest of us? Why is it all one way? Hochschild’s subjects have plenty of demeaning preconceptions about liberals and blue-staters—that distant land of hippies, feminazis, and freeloaders of all kinds. Nor do they seem to have much interest in climbing the empathy wall, given that they voted for a racist misogynist who wants to throw 11 million people out of the country and ban people from our shores on the basis of religion (as he keeps admitting on Twitter, even as his administration argues in court that Islam has nothing to do with it). Furthermore, they are the ones who won, despite having almost 3 million fewer votes. Thanks to the founding fathers, red-staters have outsize power in both the Senate and the Electoral College, and with great power comes great responsibility. So shouldn’t they be trying to figure out the strange polyglot population they now dominate from their strongholds in the South and Midwest? What about their stereotypes? How respectful or empathetic is the belief of millions of Trump voters, as established in polls and surveys, that women are more privileged than men, that increasing racial diversity in America is bad for the country, that the travel ban is necessary for national security? How realistic is the conviction, widespread among Trump supporters, that Hillary Clinton is a murderer, President Obama is a Kenyan communist and secret Muslim, and the plain-red cups that Starbucks uses at Christmastime are an insult to Christians? One of Hochschild’s subjects complains that “liberal commentators” refer to people like him as a “redneck.” I’ve listened to liberal commentators for decades and have never heard one use this word. But say it happened once or twice. “Feminazi” went straight from Rush Limbaugh’s mouth to general parlance. One of Hochschild’s most charming subjects, a gospel singer and preacher’s wife, uses it like a normal word. Equating women who want their rights with the genocidal murder of millions? How is that not a vile insult?

Sorry, self-abasing pundits: If you go by actual deeds, liberals and leftists are the ones with empathy.

I’m sure I have stereotypical views of people who live in red states—including forgetting that, as Tomasky points out, all those places have significant numbers of (churchgoing, gun-owning) liberals. I try not to be prejudiced—most people are pretty nice when you don’t push their buttons—but I probably have my fair share of biases. But so what? What difference does it make if I think believing in the Rapture is nuts, and hunting for pleasure is cruel? So what if I prefer opera to Elvis? What does that have to do with anything important? Empathy and respect are not about kowtowing to someone’s cultural and social preferences. They’re about supporting policies that make people’s lives better, whether they share your values, or your tastes, or not.

How much empathy did Louisiana Republicans show when they elected—and reelected—Bobby Jindal, who, backed by Republican legislators, cut taxes, slashed spending on education, health care, and social programs and gave massive tax breaks to the very petrochemical companies that poisoned Republican voters themselves? In Oklahoma, a growing number of schools are now open only four days a week—voters, ultimately, made the choice to cut taxes instead of pay for a decent education for the state’s children. You can go down the most uncontroversial list of social goods—hospitals, libraries, schools, clean air and water, treatment for mentally ill people and drug addicts—and Republican voters label them Big Government and oppose them. And when the consequences get too big to ignore, as with climate change, they choose to believe whatever nonsense Fox News is promoting that week, as if at least 97 percent of the world’s climate scientists are just “elitists” who think they know so much. True, by the time the world burns to a crisp, today’s voters will mostly be dead, but where’s the empathy for their own grandchildren?

Sorry, self-abasing liberal pundits: If you go by actual deeds, liberals and leftists are the ones with empathy. We want everyone to have health care, for example, even those Tea Partiers who in the debate over the Affordable Care Act loudly asserted that people who can’t afford treatment should just die. We want everyone to be decently paid for their labor, no matter how low they wear their pants—somehow the party that claims to be the voice of working people has no problem with paying them so little they’re eligible for food stamps, which that same party wants to take away. We want college to be affordable for everyone—even for the children of parents who didn’t start saving for college when the pregnancy test came out positive. We want everyone to be free to worship as they please—including Muslims—even if we ourselves are nonbelievers.

What should matter in politics is what the government does. Everything else is just flattery, like George H.W. Bush’s oft-cited love of pork rinds. Unfortunately, flattery gets you everywhere.