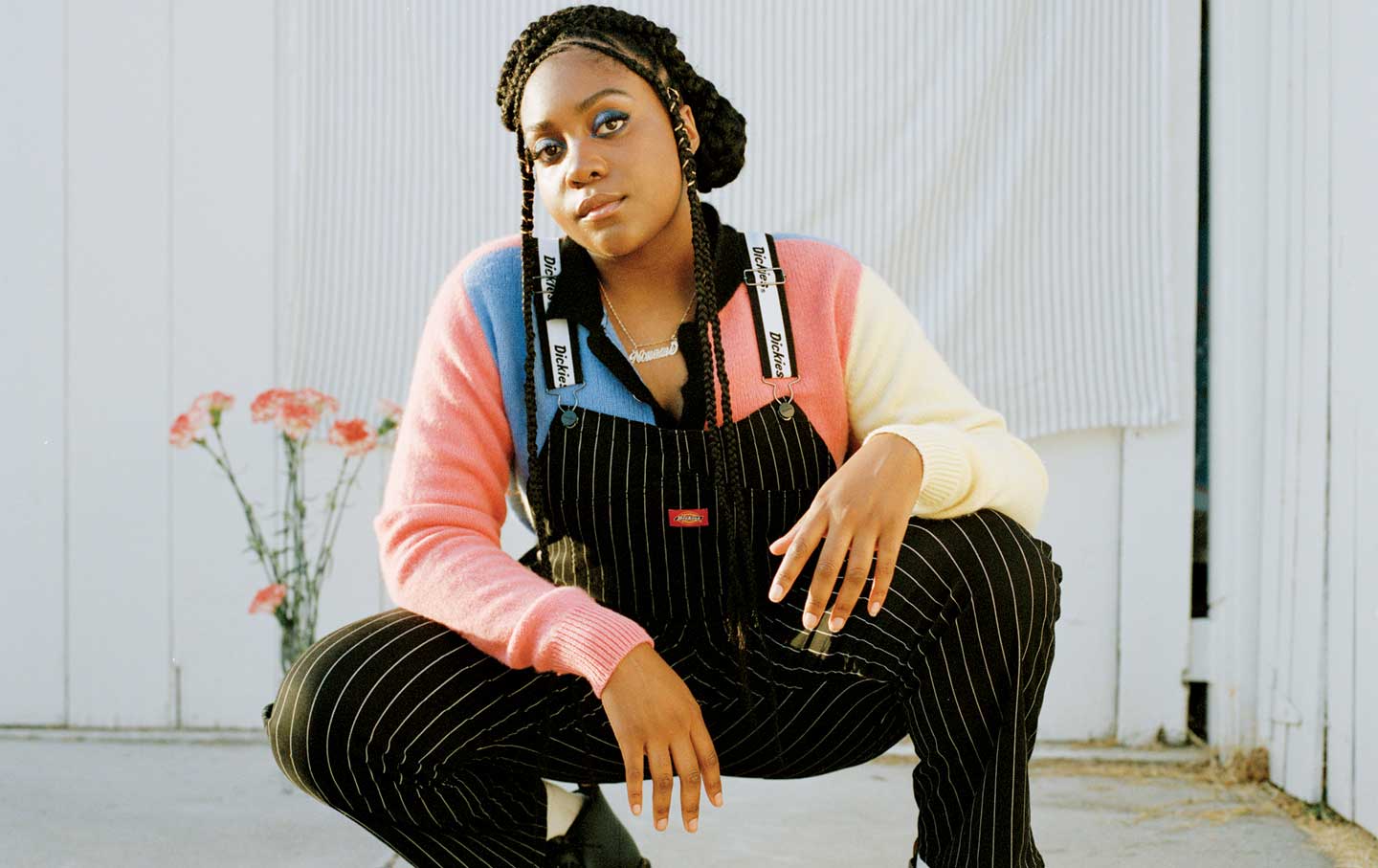 Try to keep up with Noname’s voice: The 27-year-old rapper, born Fatimah Warner, can make it do vocal gymnastics. She can tighten it to a conspiratorial whisper, bend it into singsong irony, soften it until it’s a cushion. For her newest album, Room 25, she stretches it into a rhetorical taunt (“And y’all still thought a bitch couldn’t rap, huh?”), then snaps it back to attention (“Maybe this your answer for that”) in the same breath. All this is held at the same volume, a controlled stage murmur—as though you’d caught her talking to herself, just under her breath.1

This agility—one twitch of her voice, and she’s gone from a verbal eye-roll to a dreamy, far-off stare—points to Noname’s background as a slam poet. (At 18, she placed third in the largest youth slam in the world, Louder Than a Bomb.) Her sharp delivery and breezy syncopations are all reminiscent of spoken word. Her dense and roving lyrics also flash her literary prowess, her lines nimbly jumping from character to character, capturing competing perspectives almost as quickly as they move among different tones and registers. In “Prayer Song,” she whirls through several points of view in a dioramic sweep of a city, until she settles on a police officer at the scene of a shooting: “I seen a cell phone on the dash, could’ve sworn it’s a gun / I ain’t seen a toddler in the back after firing seven shots / A demon ‘bout to get me, he watching me kill his mom.”2

This perspectival approach to songwriting was a technique that Noname used frequently in her 2016 debut, Telefone, where she ventriloquized everyone from a woman getting an abortion to a group of children in a Chicago playground. She could cunningly draw her listeners away from herself by a sheer command of language and, through it, observation: The personas she adopted were so absorbing, and her sketches and memories so compelling, that we almost forget how little we actually learn about Noname—which, of course, is part of the point. In Room 25, however, Noname turns inward, exploring everything from a stormy romance to the experience of black womanhood, to the guilt of leaving her family behind when she moves to a new city, to the problems of gentrification. And while the result is a survey of Noname’s interior world, we’re also left with a better understanding of the world that acts upon her—the one she must navigate.3

Noname’s albums are best read as narratives of self-discovery. In Telefone, we came to know Chicago’s South Side—or at least her experience and memories of it—through cinematic shifts in perspective in which she would zoom in on a character or memory, then zoom out to capture its context. Room 25 uses this same technique, although this time in the service of better understanding Noname. It’s a rewarding shift: She’s a complicated and engrossing subject, and her understanding of herself and the world she occupies constantly flips, then doubles back.4 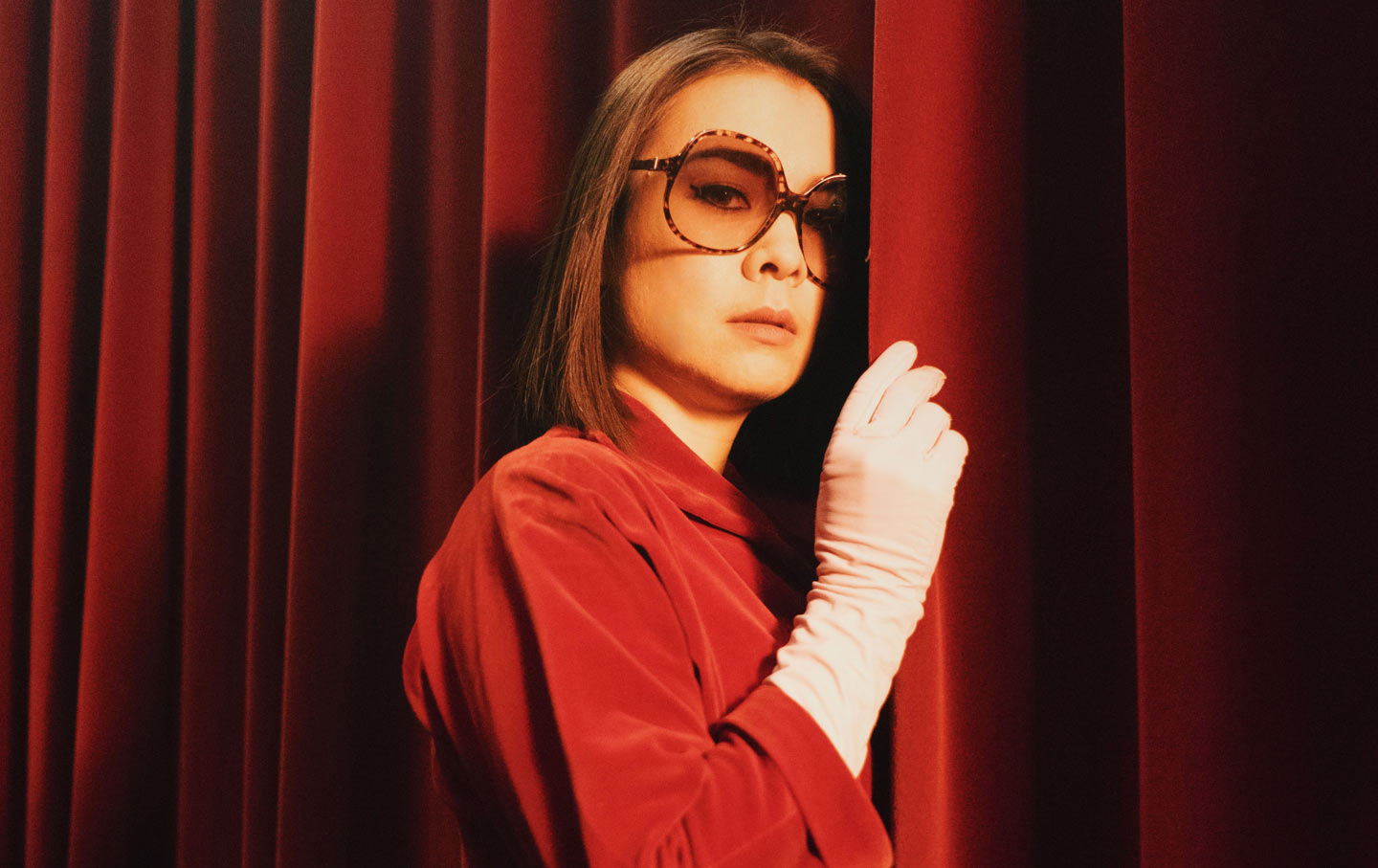 Noname can first examine a problem as laden with political ambiguities and then excavate its emotional core; she can mine her own personal experiences, then reveal what they mean for the world around her. In “Blaxploitation,” one of Room 25’s most striking tracks, Noname explores the image of a black woman through the eyes of gentrifiers—“Your mammy stay on the South Side / She paid to clean your house, power of Pine-Sol, baby / She the scrub tub lady / She that naked bitch in videos, that drunk club lady / Immortalized all ’80s and then she real, real nasty.”5

But she can just as quickly examine her own mixed feelings about having moved from Chicago to Los Angeles, having previously recorded Telefone there in rooms rented through the notorious gentrifying machine Airbnb to do so. “Traded hoodie for hipster,” she raps on “Blaxploitation.”6

Noname tracks her own evolution with self-deprecating scrutiny, but she also helps bring to the surface the bleak gaze of others. The effect is not just an open condemnation of the racist tropes imposed on her and other black women, but an exploration of how it feels to constantly confront the insult of these presumptions. “Everybody think they know me,” she sings in “Window,” letting her voice trail off. “Don’t nobody really know me.”7

Room 25’s standout track, “Don’t Forget About Me,” weaves her various themes together: In it, Noname explores the worry a mother or father has for their black child living in America, and the pain that any black child feels about their parents’ worrying about them. “I know everybody goes someday,” she sings. “I know my body’s fragile, I know it’s made from clay.” Then she confronts her own experience, which is more acute and specific, zeroing in on the pain she worries she has caused her mother to feel as a result of her moving away from home. “Let’s get down to the nitty-gritty, changed my city….” she raps. “All I am is everything and nothing at all.”8

True to an album that asserts her multiplicity, Noname never stays in one place—she can’t. This is as true for her vocally as it is for her lyrically: She swings vertiginously between registers and tones. For Noname, this movement is both a freedom and a burden, illuminating and exhausting. In the opening lines of “Self,” she worries that her album could mean too many things: “Maybe this is the album you listen to in your car / When you driving home late at night / Really questioning every god, religion, Kanye, bitches. / Maybe this your wifey just wanting a clean divorce / The baby ain’t really yours.” But then she pauses and moves on. “Nah, actually, this is for me.”9