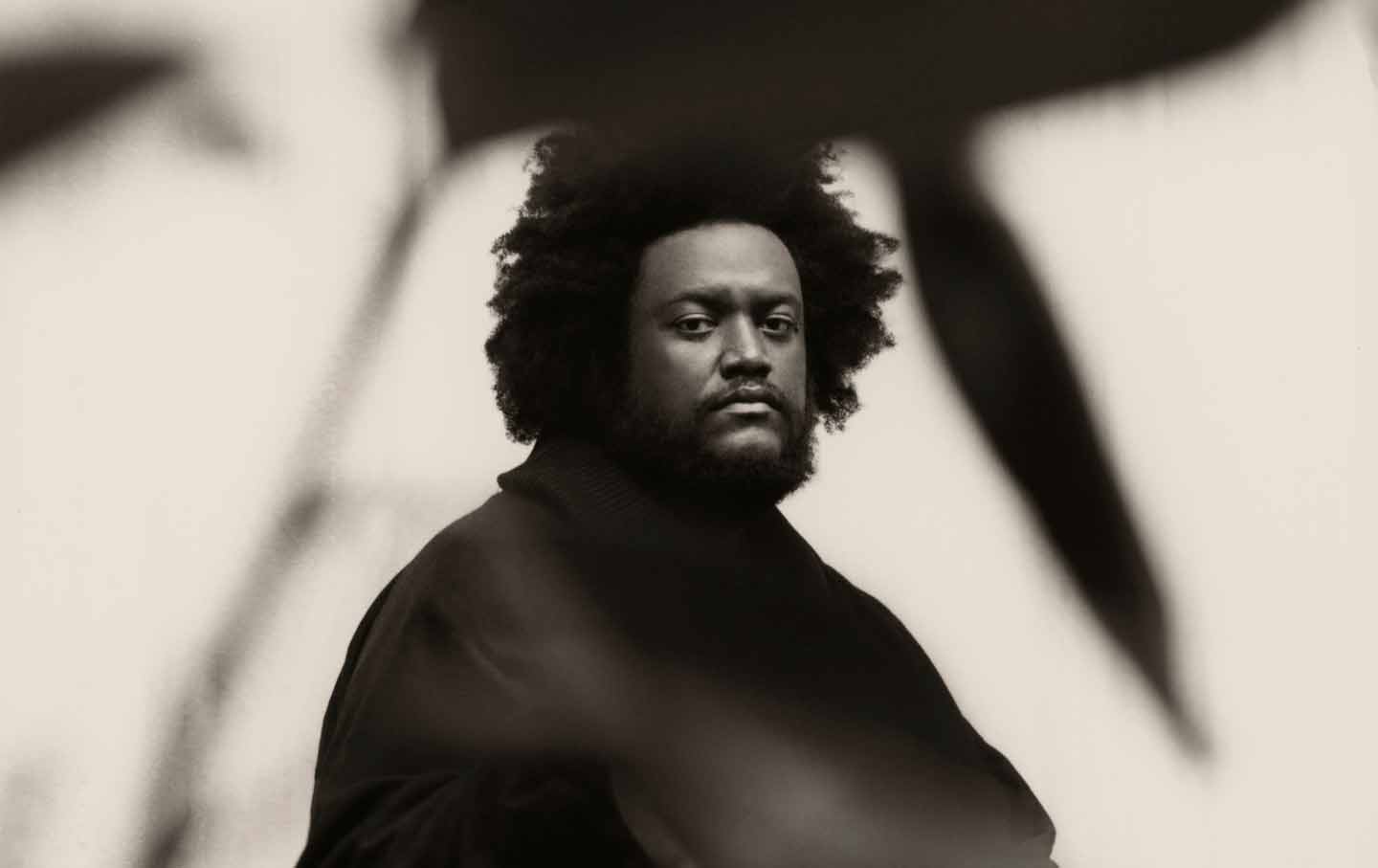 In 2015, saxophonist Kamasi Washington introduced himself to the world in a bold way: He released a triple album of jazz, long after the genre had ceased to be popular in the mainstream marketplace. Prior to The Epic—Washington’s massive debut, a blend of big band, gospel, and 1970s funk stretched over a whopping 174 minutes—he had appeared on lyricist Kendrick Lamar’s avant-rap opus To Pimp a Butterfly (2015), playing tenor saxophone on the song “u” and arranging strings throughout the LP. With its searing assessments of police brutality and racial injustice, Butterfly became one of the biggest records of recent years, catapulting Lamar and his collaborators—a collective that included Washington, pianist Robert Glasper, bassist Stephen “Thundercat” Bruner, and producer Terrace Martin—to even greater recognition. Washington’s music harks back to spiritual-jazz purveyors like Sun Ra, Albert Ayler, Pharoah Sanders, and John Coltrane, whose music sought peace for humankind and explored deeper states of consciousness. For Washington and his cohort, music has healing powers; the notes from their instruments are meant to summon the gods to whom they pray.

But before Washington became the trendiest musician in jazz, he and his friends toiled away in a tiny garage at his parents’ home in Inglewood, California, that they affectionately dubbed “the Shack.” There, Washington and the West Coast Get Down—an immensely talented collective featuring bassists Bruner and Miles Mosley, trombonist Ryan Porter, drummer Tony Austin, and pianist Cameron Graves—worked to create their own instrumental-music hybrid, fusing the big bounce of Los Angeles hip-hop with the silky improv of 1970s jazz-funk. Drawing on the likes of Dr. Dre, Weather Report, and Herbie Hancock, the crew crafted a sound that was equally steeped in past and present, thereby widening its appeal to a diverse range of listeners.

Perhaps taking advantage of his newfound spotlight, Washington dropped The Epic just two months after Butterfly’s release. He used his platform to promote love and acceptance during a spike in racial tensions in modern-day America. “There’s a deeper level of healing that needs to happen for the world in general,” Washington told The Washington Post at the time. “There’s a mass of people who are broken.” The Epic was a critical darling, lauded for its vast sonic ambition. In 2017, Washington released Harmony of Difference, a short follow-up EP that explored the idea of counterpoint, with versions of the same melody appearing in each of its songs. Even though Harmony offers all the large-scale resonance one would expect from Washington’s work, he also incorporated different sounds in the mix—Brazilian soul and bossa nova—setting the stage for his masterful new double LP.

Heaven and Earth, released on June 22, is every bit as exploratory, both musically and thematically, as Washington’s earlier work. Across 16 tracks and 146 minutes, its extended grooves make this double album nearly impossible to get through in one sitting. Indeed, it takes patience to absorb any of Washington’s releases, which, in this era of shorter albums and diminished attention spans, could be a tough ask for potential listeners. But Heaven and Earth is incredibly rewarding, full of gospel-centric arrangements that muster serenity in the midst of social and political strife. As with The Epic, this music feels shaded by the current climate, though the saxophonist resists being so didactic.

“Someone like Donald Trump can’t control the way I show love to my brother. He can’t control the way I feel about my neighbors. I’m trying to make the music bigger than the politics,” Washington recently told Rolling Stone. To that end, Heaven and Earth is a meditative recording on which the composer tries to reconcile perception and reality. On the first disc, Earth, Washington assesses the world he sees with his eyes—the fight against oppression, the fellowship within different communities, even something as simple and pleasant as a leisurely stroll on a warm summer day.

The opening track, “Fists of Fury,” which remakes the theme song of the 1972 kung-fu movie by the same name, marks a radical shift for Washington: It advocates physical force as a way to beat injustice. The lyrics discuss the dichotomy of hands—how they can convey tranquility and affection or display wrath and rage. Here, amid aggressive piano chords, a rolling bass line, a large backing choir, and layered percussion, vocalist Patrice Quinn asserts: “Our time as victims is over / We will no longer ask for justice / Instead, we will take our retribution.” Conversely, on “Testify, ” a sweet, rom-com-ready track near the end of Earth, Quinn draws a direct line to The Epic’s standout single, “The Rhythm Changes,” using her pitch-perfect voice to exult in love’s grand return. On a double album of massive theatrical melodies, it is easily Heaven and Earth’s most accessible cut.

The songs on the second disc, Heaven, feel more atmospheric, almost cinematic in the way they unfold. “The Space Traveler’s Lullaby” is a perfect example: Between its ornate choral moans and swelling brass arrangement, it could easily appear on the soundtrack to the next Star Wars or Black Panther film. “Vi Lua Vi Sol” is equally resonant, but for different reasons: Written by Washington, it’s a gorgeous love letter to the planet, and over a breezy West African dance rhythm, pianist Brandon Coleman orates through a vocoder a rapturous appreciation of the sun, moon, and earth. Near the middle of the 11-minute tune, after a riveting trumpet solo by Dontae Winslow, Washington raises the stakes with a fiery solo on tenor sax. In the end, Heaven and Earth is another example of Washington’s expert ability to captivate and enlighten through a nuanced blend of jazz, funk, Latin soul, and hip-hop, another bold step in his ascent.