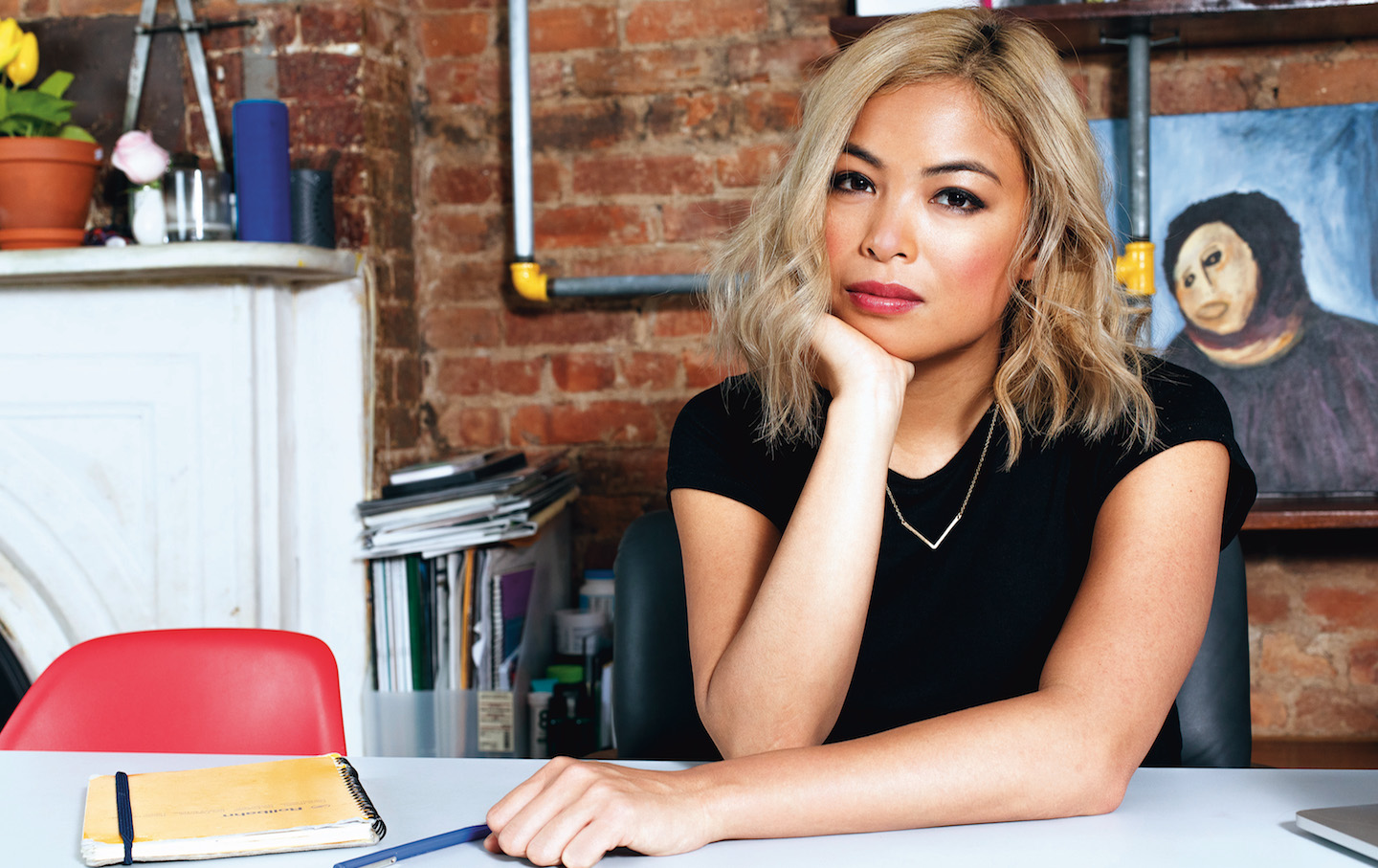 Jia Tolentino begins her debut essay collection, Trick Mirror: Reflections on Self-Delusion, with an admission of uncertainty: “Whatever conclusions I might reach about myself, my life, and my environment are just as likely to be diametrically wrong as they are to be right.” Writing, she continues, is typically thought of as a means toward clarity, but perhaps it’s just another step in the spiral of illusion. This thoroughly nuanced perspective on our complicated reality is typical of Tolentino’s work: A former editor at The Hairpin and Jezebel and a current New Yorker staff writer, she frequently looks into cultural obsessions and crises that seem both hyper-specific and universal.

In Trick Mirror’s nine pieces, which range from personal essays to reported criticism, Tolentino digs deeper into the “spheres of public imagination” that have shaped her understanding of the world, among them the Internet, corporate feminism, the wedding-industrial complex, health and fitness, and salvation in the form of religion or drugs. Whether she is eating wet dog food as a contestant on a short-lived reality show called Girls v. Boys or describing her Internet consumption as a masturbatory quest for the “gasoline whiff of a good meme,” Tolentino is an incisive observer with a voice that is at once whip-smart and deliciously lowbrow.

I spoke with Tolentino by phone. Our conversation has been edited for length and clarity.

Quinn Moreland: What were your intentions when you began Trick Mirror?

Jia Tolentino: When I pitched the book, I had nine things that I wanted to figure out—things that I found myself constantly thinking about, and which I could only figure out if I wrote about them. And I wanted to see if I could, in book form, write mostly about women in a way where the fact that I was writing from a feminist perspective would be the background of the book, not the foreground. It wasn’t my intention to write about feminism from a new angle; I wanted it to be a given—an unremarkable thing. Basically, those are the only two things I was conscious of wanting for the book. I also wanted to focus on something in private for a while. That was something I craved.

QM: In the book, you talk about not being very interested in feminism in college. How did your relationship with feminism change when you were working at The Hairpin and Jezebel?

JT: Growing up in the community where I did in Houston, I didn’t hear the word “feminism” once, and I can’t remember hearing anyone identify as pro-choice. At the same time, my parents 100 percent raised me in such a way that I never doubted that I deserved and should demand self-determination. So I think what changed was the time period: The efflorescence of social justice as an open priority, and it becoming central to the cultural vocabulary in general, happened basically after I was in college. So I was a product of my times. As the vocabulary became general on the Internet, it immediately became obvious to me that this was the space that I was interested in. It was almost like I didn’t have the knowledge—or know where to seek the knowledge—to put structure and words to the things that I wanted.

QM: You once said in an interview that “smart writing about identity is restlessly, ruthlessly interrogative.” In several of the essays in Trick Mirror, “Ecstasy” in particular, you dig into your upbringing and adolescence more intensely than you have previously. Was there anything you found particularly surprising? 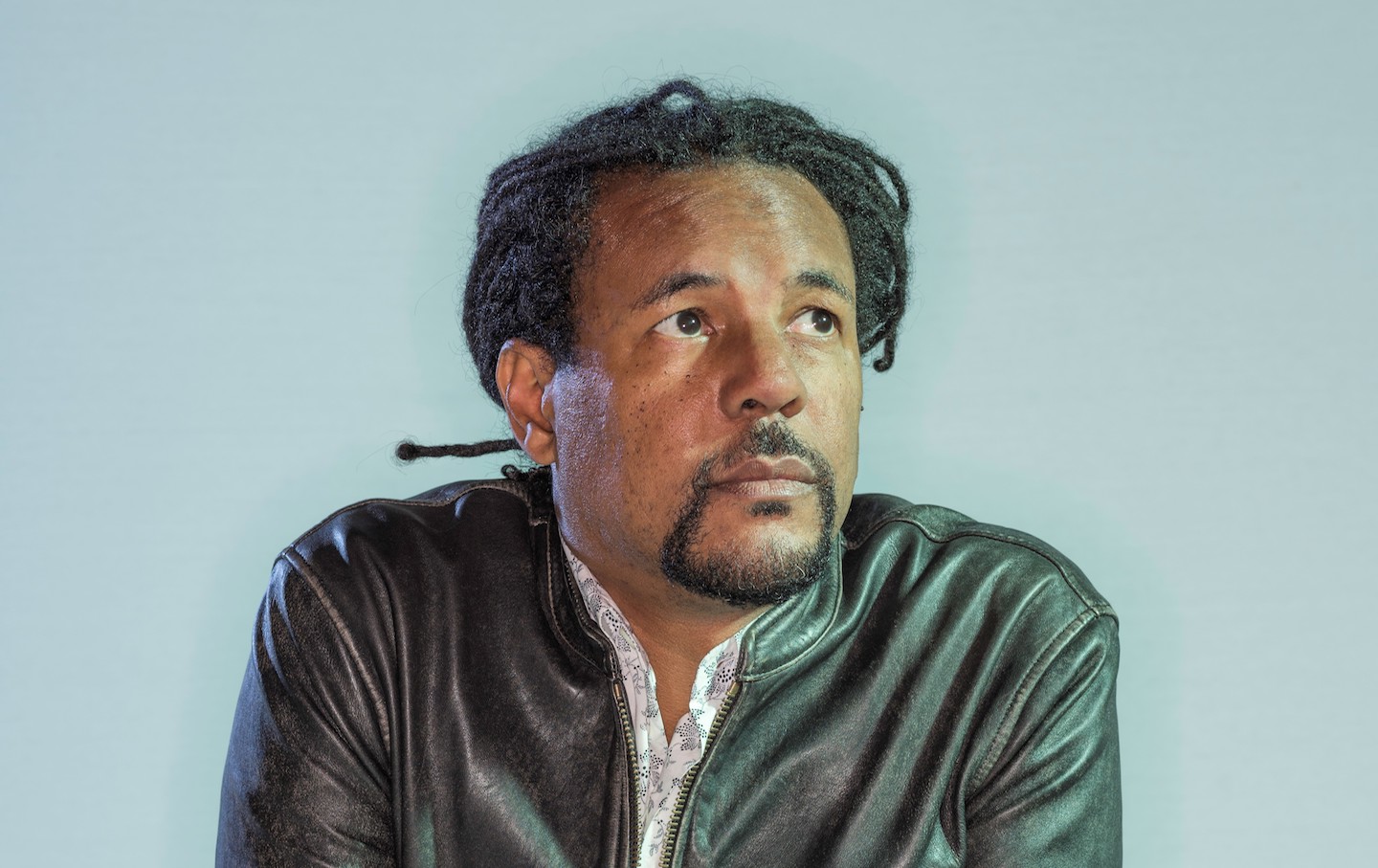 JT: I knew I would only ever write the “Ecstasy” and “Reality TV Me” essays for a book, for myself—I didn’t want to give them to a publication. One of the reasons I was able to write this book on the side without taking time off from work was that my friend Carrie Frye has a freelance book-editing service called Black Cardigan. One thing she pushed me toward in “Ecstasy” was not to gloss over how religious I really was and then make it seem that the next moment, I just wasn’t. She told me, “People don’t go from the kind of thing that you’re describing to this life of liberal hedonism quickly or easily.” I did want to neaten up the narrative and pretend that the tension that was there hadn’t been there for as long and as intensely as it was. There was a stretch of time that was longer than I like to remember, where I had this image of myself apart from the church but still believed in God so fervently. I’ve been the same since I was a kid, when I was already a pleasure seeker, but I also craved salvation in a really traditional way. That was hard to reckon with, because I truly don’t remember that part of myself. Or maybe it was the discomfort of realizing how fundamentally that had defined my world and myself.

QM: You paint a very pragmatic picture of the state of the world—not just global warming, but also things like the Internet’s inextricability from daily life and the profitability of online visibility. Do you consider yourself an optimist or a pessimist?

JT: Cerebrally, I’m 100 percent a pessimist. I have very low expectations, or nonexistent expectations, for everything. I don’t know how much of that has to do with being acquainted with financial instability and graduating into the Great Recession, but I’m generally not someone who sets expectations, much less high ones. But because I think pessimistically, that frees me to live the way an optimist would—like, You might as well wring as much joy out of this life as you can, because it’s a nightmare that’s getting worse. Lately, I feel like everyone is wrestling with this idea that everything feels intractably fucked in every way, that we are fucking ourselves every single day. I’m trying to figure out how to be a little less paralyzed by that and interact with the systems of the world with a little more energy, the way that I interact with my everyday experience.

QM: You wrote about the athleisure brand Outdoor Voices in The New Yorker, and in the Trick Mirror chapter “Always Be Optimizing,” you write about the ballet-on-steroids workout class Pure Barre. What draws you to this kind of self-improvement?

JT: I am interested in things that simultaneously attract and repel me. It’s probably my own personal susceptibility to the idea that we all should be improving forever. I partake in these systems, but at the same time I find them incredibly crazy. A lot of what I write about is aspiration and performance, and also how these allow our instincts to be monetized. What is interesting to me about Outdoor Voices and Pure Barre is that we are developing new ways to treat the female body, especially as a more and more advanced capital asset—to monetize it, to increase its valuation, and to demand that its valuation continues to rise. The economic foundation of this, the way these phenomena seem to be operating with the inexorability of capitalism—which is hidden under these completely different incentives—fascinates me.

QM: On Girls v. Boys: Puerto Rico, the boys won. Is there a reality show you think you would win?

JT: No! I was probably so poorly cast for that show! At the time, I was able to conceal that I don’t have a single competitive cell in my body. Even though I’m extremely focused, and I put a lot of effort into my work and the things that I care about, I just don’t know how to activate, like, a true competitive thing. So I think I would be bad at winning any reality show. I’m also not athletic. I’ve never seen The Bachelor. But I wish that I was conventionally attractive enough to go on The Bachelor, because I’m so curious about what that’s like.

QM: You were asked to testify before Congress after writing a piece for The New Yorker called “The Promise of Vaping and the Rise of Juul.” What was that experience like?

JT: It was just ridiculous—me speaking at a congressional hearing is so funny. Everyone there was extremely anti-vaping, and I was sort of like, “It’s complicated!” I think one of the reasons I liked writing the Juul piece so much is the completely irresolvable contradiction at the heart of vaping in general. Vaping saves lives, and it gets kids addicted to a substance. And the more power it has to save lives, the more power it will have to get kids addicted—there’s literally no way around that. It was another reminder that it’s hard for people to hold two contradictory ideas in their heads at the same time.