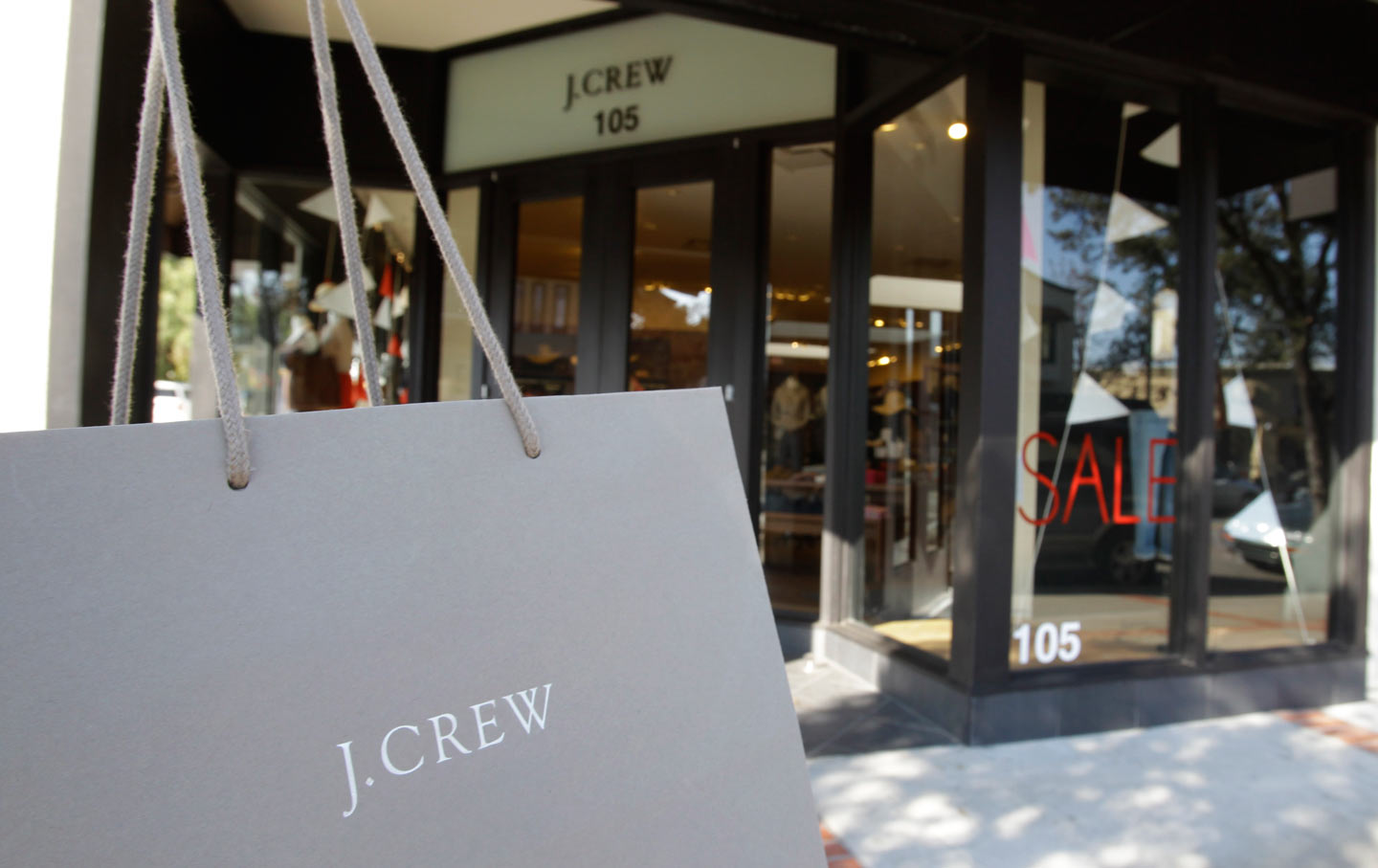 Several major retailers have in recent weeks relieved their workers from having to spend their mornings waiting for their boss to tell them if and when to show up for work.

J. Crew recently joined a group of several other top retail chains in dropping on-call scheduling—the system that requires workers to make themselves available for a shift with no guarantee of actually getting any clocked hours. Under on-call scheduling, workers generally must be ready to be called in for a shift just a few hours beforehand, and often that meant wasting valuable time by not being called in at all. In addition to J. Crew, Urban Outfitters, Gap, Bath & Body Works, Abercrombie & Fitch, and Victoria’s Secret, and various affiliated brands, have announced that they’re phasing out on-call nationwide.

The abandonment of on-call at these high-profile chains—affecting roughly 239,000 retail sales workers, according to the Fair Workweek Initiative (FWI)—represents growing backlash against the erosion of workers’ autonomy in low-wage service sectors. The pressure for reform has been stoked by media scrutiny, labor protests, and litigation, and an investigation into on-call scheduling in New York retail stores by New York Attorney General Eric Schneiderman.

But the fight for fair labor practices isn’t over in retail. Carrie Gleason, director of the FWI, a project of the advocacy group Center for Popular Democracy, says nominally phasing out on-call at a workplace may simply lead to a “whack-a-mole situation,” pushing managers to find other ways to drive workers into erratic and unstable schedules. Your supervisor might not call you in two hours before a shift starts, but might still abruptly cancel your pre-scheduled shift, or text on an “off” day to pressure you to sub for a coworker. Some workplaces might have a set start time for shifts, but then pile on on-call extended hours, so the workday expands unexpectedly. Across the service sectors, Gleason says, “there’s not a real commitment around standards around what workers experience as a predictable schedule.”

Nationwide two-thirds of food service workers and over half of retail workers have at most a week’s notice of their schedules. Part-timers and black and Latino workers disproportionately work irregular schedules.

According to National Women’s Law Center, over half of workers surveyed “work nonstandard schedules involuntarily because they could not find another job or ‘it is the nature of the job.’” The “nature of the job” reflects the nature of our current economy, which has redefined labor as a seller’s market for employers, while union power and labor protections have disintegrated.

FWI campaigns both for stronger regulation and industry-led reforms. It presses for “high-road workweeks,” under which workers and employers negotiate equitable scheduling systems, which can streamline operations and reduce turnover, while giving workers more predictable hours, along with flexibility to change schedules on a fair, voluntary basis. (Yet there’s good reason for skepticism about voluntary corporate “social responsibility”: in a recent study of Starbucks’s scheduling reforms, workers nationwide reported irregular and unpredictable shifts, despite the company’s promises of more humane schedules.)

A fairer schedule system isn't difficult to imagine if we start with the premise of honoring workers’ time.

The basic principle that drives labor advocates is predictability in both time and earnings, which counterbalances the service industry trend toward precarious low-wage jobs, pushing workers into part-time, temporary, or unstable contract work.

Sometimes, it’s just humiliating. Like when Mary Coleman got sent home from a shift at Popeyes and ended up effectively paying not to work. As a campaigner with FWI, the grandmother described the experience as a theft of precious time and wages: “When I get to work only to be sent home again, I lose money because I have to pay for my bus fare and hours of time traveling without any pay for the day.” Under a reporting time pay system, however, she might instead have been reimbursed for showing up, instead of bearing the cost of her boss’s arbitrary decisions.

“The idea is that if you need this level of flexibility for your workforce, that’s something that has value, being able to have a nimble workforce that’s ready when you need them,” Gleason says. In fact, honoring the workers’ overall role in an organization, not just hours clocked, is akin to the salary system. White-collar professionals often voluntarily exceed a 40-hour workweek and feel duly rewarded with their annual compensation package.

A fairer schedule system isn’t difficult to imagine if we start with the premise of honoring workers’ time in terms commensurate with the value of what they’re expected to produce—whether it’s impeccable service at peak-demand time, or a good cappuccino. And that’s why unions and other worker-led organizations, which understand a job’s real meaning in the context of workers’ lives, have historically been instrumental in shaping wage structures through collective bargaining. Though unions have withered, smart policy changes and grassroots organizing networks are carving out more autonomy and control for labor over the course of a workday.

The byzantine, unstable scheduling systems that dominate low-wage industries aren’t really “the nature” of today’s jobs so much as the result of a society that deeply undervalues workers’ lives, whether that’s the value of a parent’s time with her children, or the time invested in a college degree. In a “just in time” economy, employers put a premium on consumer convenience and business logistics. But as boundaries blur between work and home, the “new economy” challenges workers to finally reclaim their stolen time.