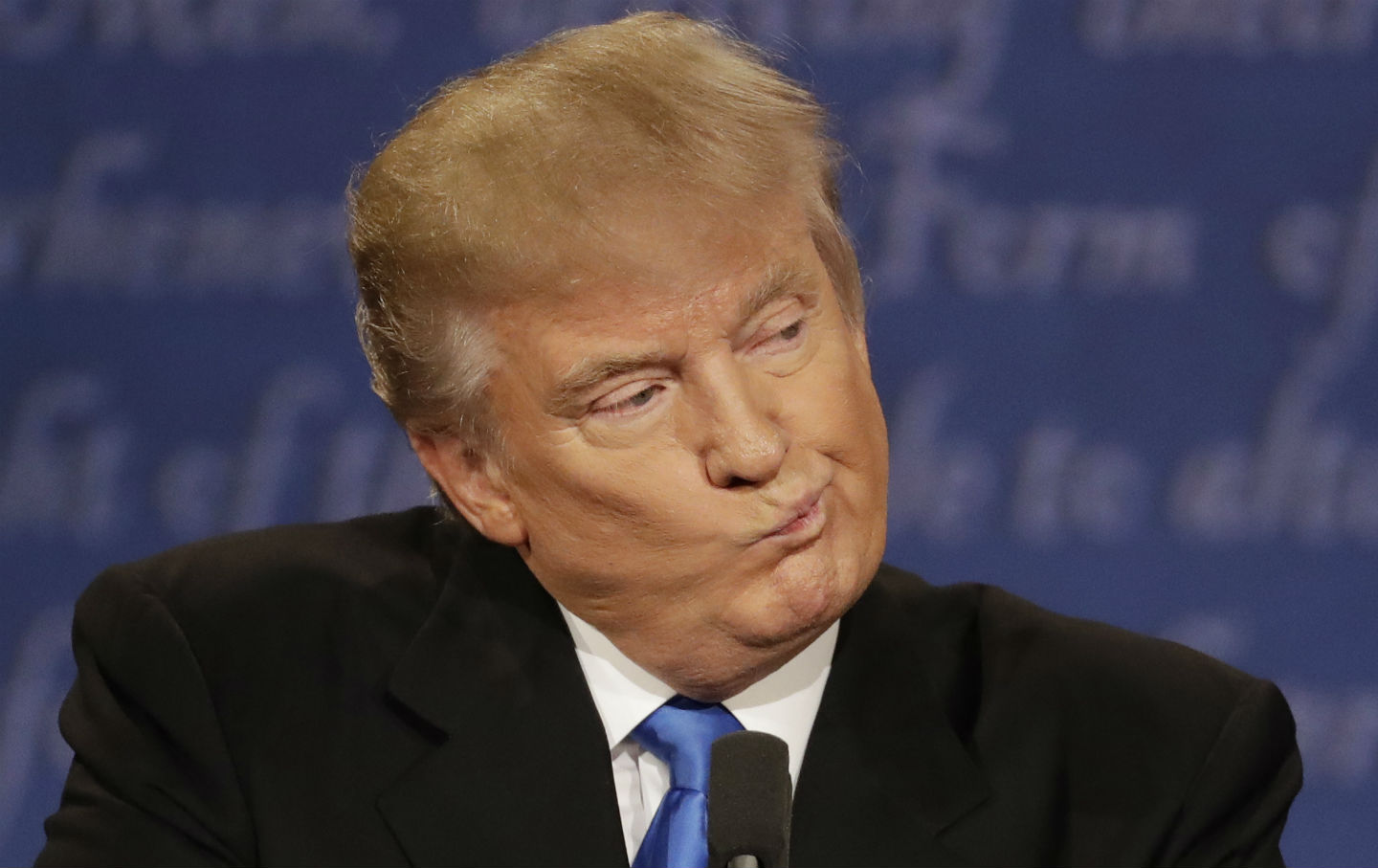 Marketed for days like the Super Bowl, last night’s first presidential debate inevitably failed to live up to the hype. The favorite, Hillary Clinton, won as expected, coming off as prepared, experienced, and tough. The underdog, Donald Trump, jabbed and floundered as predicted. He probably benefited simply by being able to stay in the fray for 90 minutes.

The debate took place with Democrats reeling from polls showing the race in a dead heat. Unimaginably, momentum—“mighty mo”—was on Trump’s side. CNN’s post-debate snapshot poll suggested that Clinton succeeded in reassuring her own voters and gaining an edge with independents. Surely, African Americans, women, and young people will come away from the debate with further doubts about Trump’s retrograde views.

Conventional wisdom holds that debates are won or lost in the first 30 minutes, after which the audience declines and attention flags. And the best exchange of the night launched the debate, sparked by moderator Lester Holt good first question: How would you create good jobs that put more money in people’s pockets?

Clinton argued for a policy that would “invest in you.” She called for public investment in infrastructure, innovation, renewable energy, and education. She’d raise the minimum wage, enforce equal pay for women, and move to affordable childcare to help with “work family pressures.”

Trump began with a characteristic riff on how bad things are: Jobs are fleeing; China and Mexico are stealing our jobs. We must “stop jobs from being stolen from us,” stop US companies from leaving the country. He called for “reducing taxes tremendously” and renegotiating our trade agreements.

Clinton pivoted from trade to taxes, dismissing a return to a “trumped-up trickle-down” policy that had failed in the past. In the first personal attack of the night, she effectively linked Trump’s views to his personal history of benefiting from a multimillion-dollar loan from his father in contrast to her father’s hard work building a small business.

Trump fell for it, as he did throughout the night, taking up time to defend his business. He returned to trade, and what clearly was intended to be his theme of the night: “She’s been doing this for 30 years,” and has failed to get it done. When Clinton argued that her husband had a pretty good record, Trump pounced: “He passed NAFTA,” and assailed Clinton’s record on trade, putting her on the defensive.

She pivoted back to taxes and investment as opposed to trickle down. Trump argued:

I don’t think top-down works in America. I think building the middle class, investing in the middle class, making college debt-free so more young people can get their education, helping people refinance their—their debt from college at a lower rate. Those are the kinds of things that will really boost the economy. Broad-based, inclusive growth is what we need in America, not more advantages for people at the very top.

Trump didn’t answer this, instead dismissing it as political blather:

Typical politician. All talk, no action. Sounds good, doesn’t work. Never going to happen. Our country is suffering because people like Secretary Clinton have made such bad decisions in terms of our jobs and in terms of what’s going on. Now, look, we have the worst revival of an economy since the Great Depression.

This frames the substantive choice voters face on the fundamental issue of the economy: Trump offering a return to top-end tax cuts, deregulation with a populist trade posture; Clinton calling for public investment to rebuild the country, lifting the floor under workers and, without admitting it, presenting an establishment view on trade. Both indicted the failed policies of the past: Clinton, trickle-down; Trump, NAFTA and trade.

Most of the rest of the debate was a shambles for Trump, as Clinton—often aided by Holt’s questions—skewered him on hiding his taxes, his business practices, his racist birther smear of Obama, and his sexism. She was strong and clear on race, decrying the “systemic racism” of our criminal-justice system, and didn’t retreat from concerns of “implicit bias” in policing.

Trump brayed about her lack of “stamina,” but she grew stronger as the debate went on, while he seemed to shrink, growing more defensive and ill-tempered, snorting and grimacing. The discussion on national security was largely incoherent, with Holt doing a disservice by suggesting the United States was under threat of massive cyber-warfare, and following with the impossible challenge of how to prevent homegrown terror attacks. Clinton’s experience and knowledge were apparent, while Trump wallowed around defending the lie that he opposed the war in Iraq.

“I think Donald just criticized me for preparing for this debate. And, yes, I did. And you know what else I prepared for? I prepared to be president. And I think that’s a good thing.”

Clinton’s prepared line, inserted awkwardly in the debate, summarizes her case. She’s the most experienced and prepared candidate for president since Nixon. That was apparent last night, although surely a mixed blessing in a country desperately seeking change. Trump hoped to achieve the Reagan effect: to show by standing up to her on the stage that he was plausible as a potential president. Undecided voters were surely left unconvinced about that basic question.