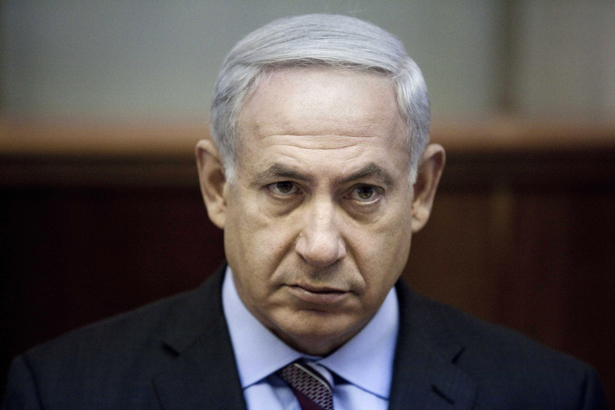 Operation Protective Edge elicited near-unanimous support in Israel. Initially, Israel even enjoyed significant international backing (which Prime Minister Benjamin Netanyahu squandered by recklessly unleashing Israel’s military might on defenseless civilians). As we enter a fragile respite, oppositional forces in Israel must use the aftermath of yet another war to make the case for a reversal of Israel’s current strategy vis-à-vis the Palestinians, the region and the world. Much of it depends on providing Israelis with the appropriate context. Indeed, operation Protective Edge can be strategically justified only when taken out of context. There’s no doubt that had Hamas started to rain rockets on Israel out of the blue and there was no alternative course of action for stopping them, a military operation would have been unavoidable. But Hamas’s deplorable attacks on Israeli civilians take place in the context of a conflict that could have been and can still be resolved. This is the core message of the Israeli peace movement, a message that our parliamentary opposition should have insisted upon during the war.

Still, can’t it be argued that even if the war was preventable in the overall scheme of things, it was still necessary given present circumstances? The answer naturally depends on how we carve up the causal sequence. For Netanyahu, no single event in the Israeli-Palestinian conflict can be understood without going back at least ninety-odd years. Last October, for example, Netanyahu identified the Jaffa riots of 1921 as the conflict’s starting point. His historical account is as good as any, but what’s remarkable about Netanyahu is the fact that he seems to believe that nothing has really changed since then. Israeli Jews in 2014 still confront the same basic situation that early Zionist immigrants faced way back when: it’s all about the Arabs’ reluctance to accept our presence in our ancient homeland. At bottom, Netanyahu doesn’t believe that Zionism changed the basic dynamics of Jewish history; it just gave us weapons to defend ourselves.

But the recent war in Gaza wasn’t really preordained by events in the early ’20s of the last century. The immediate context of this operation has to do with Israel’s determination to sabotage the Fatah-Hamas unity government sworn in on June 2 in the wake of the predictable collapse of the ill-fated round of negotiations initiated last year by US Secretary of State John Kerry. Disconcerted by the US and EU’s warranted decision to back the new Palestinian government, Netanyahu overreacted when three Israeli youths were kidnapped and viciously murdered in the West Bank. Under the guise of a search operation for the youths, who he knew were already dead, Netanyahu launched Operation Brother’s Keeper—the now nearly forgotten predecessor to Protective Edge. Netanyahu insisted on Hamas’s responsibility for the kidnapping, promising some yet undisclosed “unequivocal evidence.” Among the 400 Palestinians arrested were fifty-eight Hamas militants who had been released in the Gilad Shalit prisoner exchange agreement in 2011 and had not returned to terrorism, according to official Israeli documents. Given this context, it becomes clear that the tragic events in Gaza started when Netanyahu, determined to derail Palestinian reconciliation, lost control over an escalation he instigated following a vicious but minor terrorist attack (which Israel has so far failed to prove had been ordered by the leadership of Hamas).

Viewed in this light, the past few weeks are a serious indictment against Netanyahu’s leadership. Unfortunately, the Israeli opposition did not offer the public a narrative to counter the one trumpeted by Netanyahu and a frenzied media. Afraid of coming up against a nearly absolute consensus in support of the war, the leadership of our shriveling peace camp chose to beat the drums of war. Criticizing Netanyahu at a time of war may have resulted in a short-term dip in support, but it would have laid the foundations for an effective challenge to the right’s dominance down the road. That is because the defining difference between the two political camps in Israel concerns the question of inevitability: can we resolve this conflict or are we destined to live in its somber shadow indefinitely?

Netanyahu was justified in launching operation Protective Edge only if there was no other way. And the Israeli right thrives on this sense of historical inevitability. Without diluting its solidarity with the genuine distress of Israelis, the opposition should have taken a more courageous stance, insisting that this violent outburst, like so many of its predecessors, was entirely avoidable. Hopefully, it is still not too late to change course. We must overcome our chronic failure to offer a clear and unified narrative on Israel’s strategic crisis. Here are some points I suggest we make in the aftermath of the war:

First, Netanyahu’s inability to control the chain of events discredits his strategy of managing the conflict as opposed to resolving it. Israelis have to understand that the future envisioned by the right consists of cyclical rounds of violence. In addition to their human toll, these outbursts will chip away at our economy and corrode Israel’s international standing.

Second, Netanyahu’s decision to pull out of Gaza after a short and bloody incursion discredits the right’s claim that physical presence in Palestinian territories increases Israel’s security. When even bona fide hawks like Defense Minister Moshe Yaalon can’t wait to pull their forces out of Gaza, who can continue to argue that ground occupation provides the best guarantee for Israel’s security?

Third, Hamas’s aggression against Israel can be stopped with diplomatic means, including lifting the blockade of Gaza, which has done little to provide security to the beleaguered residents of Israel’s southern border towns. Reaching a direct or indirect agreement with Hamas (as Netanyahu already did twice) does not amount to acceding to its anti-Israeli agenda.

Fourth, the world is not biased against us regardless of our actions. Israel’s relations with the family of nations are indispensable to its security and prosperity. The right’s brazen attitude toward Israel’s allies—such as the venomous attacks on Kerry’s attempts at a cease-fire—poses a strategic threat to our future.

Fifth, peace is still the road not taken. The failure of the peace process should not be confounded with a failure of the two-state solution. While reconciliation may not be immediately achievable, Israel still has a manifest interest in the establishment of an independent Palestinian state alongside it. We must seek an end to the violent conflict with the Palestinians even if we can’t reach a comprehensive agreement on all historical and symbolic issues, including the newfangled demand that Palestinians recognize Israel as a Jewish state.

This narrative has to emphasize Israel’s strength and agency against the right’s tale of never-ending victimhood. Our future is not being determined by the immutable forces that inhabit Netanyahu’s dismal imagination. We are not being attacked simply because we’re Jews; we are being attacked because we are a side in a conflict over territory and resources, as well as freedom and dignity. Remarkably, this long and harrowing conflict has reached a point in which the interests of both parties practically coincide while their passions remain at daggers drawn. The conflict will not be resolved as long as Israelis believe in its inevitability. If the forces of peace and democracy are ever to win out, we must reintroduce a sense of possibility into the Israeli political debate. We must adopt a message of realistic, progressive change. And we must start acting like we believe in it, even in wartime.