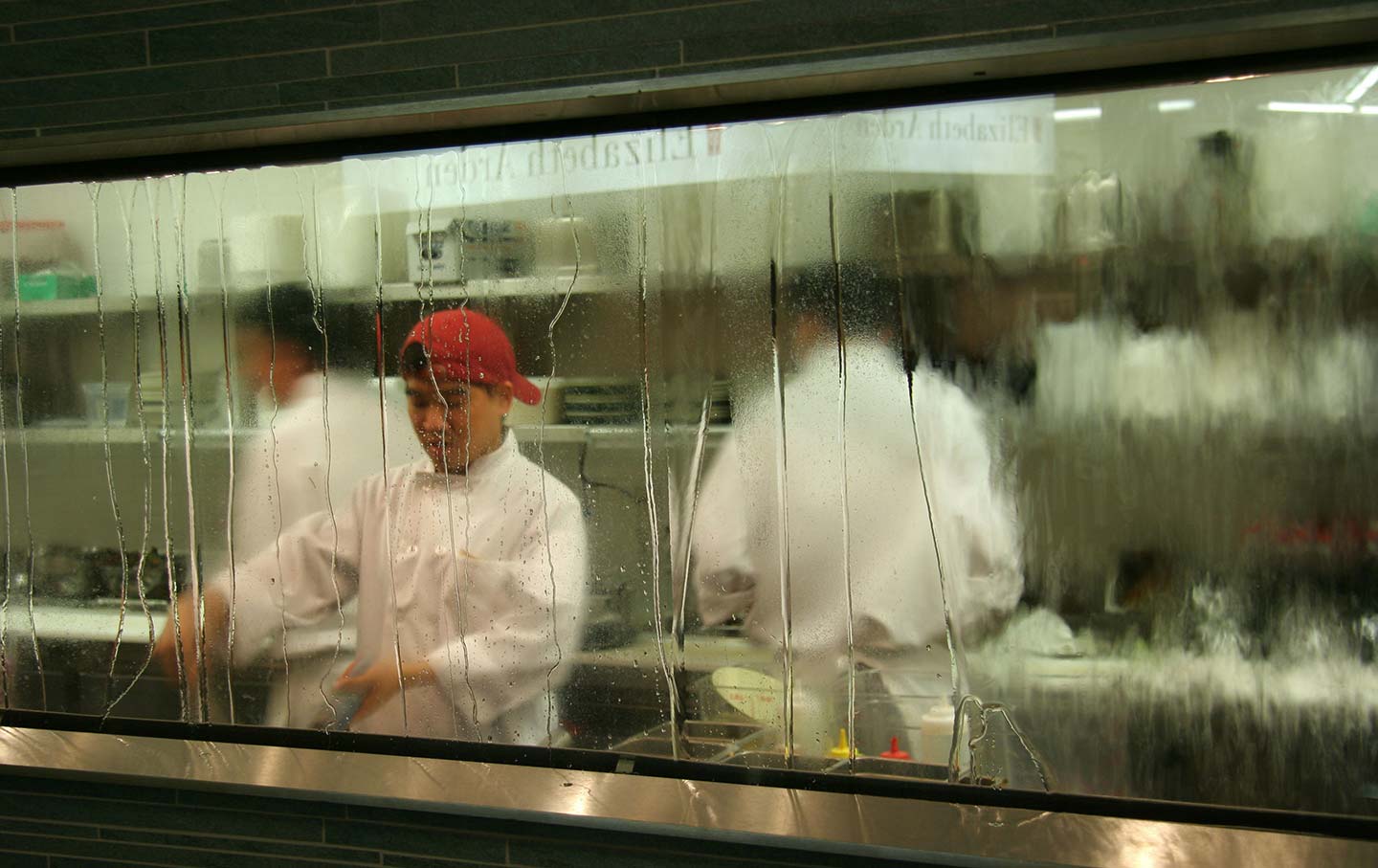 If you work for tips, you know how important it is to go home at the end of your shift with your cash in your pocket, knowing you’ve gotten paid for the day. But what if your boss got to keep the wages instead, and pay you later, maybe? That’s the deal the Trump administration is proposing for restaurant workers nationwide. The Labor Department thinks workers should trust bosses to hold on to workers’ tips and take their own cut as they please.

The Department of Labor has proposed a rule change that would tweak federal labor standards for tipped workers, such as restaurant servers and bartenders, to give employers major discretion over how to spend the wages workers earn in cash tips. Under current rules, workers generally keep the tips paid directly by customers; so what’s left on the table typically goes into the server’s pocket, or a guest leaves a customary tip for their usual bartender—period. But now, the administration wants to let the boss have first dibs.

Under the proposed revision to federal wage regulations, employers would gain primary authority to control and redistribute tipped earnings, the same way they would, presumably, with any other regular business revenue. But labor advocates say this would open another pathway to steal tips that the worker earned through their individual service, based on the assumption that staff will ultimately be left with at least the minimum wage of $7.25 per hour.

According to Raj Nayak, director of research at National Employment Law Project (NELP), the proposed reform simply means “employers will have the opportunity under federal law to say, as long as we pay you [the federal minimum wage], we can then take all of your tips, and we can redistribute them how we’d like or we can pocket them.”

The Labor Department has justified the proposal as a correction to policies around the “tip credit”–the second wage tier designated for tipped workers. Federal law enables servers and other “front of the house” staff to be paid on the basis of a “subminimum wage” of just $2.13 an hour, with the assumption they earn at least the full legal base wage when tips are factored in.

The administration—which cites recent court rulings that favor giving employers greater authority to control tipped earnings—argues that the proposed reform would give bosses “greater flexibility in determining the pay policies for tipped and non-tipped workers.” Supposedly, magnanimous employers would use the confiscated cash to “share” more tips with more workers, helping “to reduce wage disparities…and to incentivize all employees to improve that experience regardless of their position.” That may seem like an ideal all-boats-rise scenario. But labor advocates see no reason to entrust managers to manipulate workers’ tips. The reality is that, even under current rules, labor abuses and wage theft are endemic to the restaurant industry; according to the Economic Policy Institute, about one in seven food- and drink-service workers report being paid less than minimum wage—making up roughly one-quarter of all wage-theft cases nationwide.

Moreover, the tipped service workforce is disproportionately composed of women and people of color, who tend to suffer massive race and gender pay disparities, and workers are mostly nonunion, with little job security. Given such structural disadvantages, advocates say, there’s no reason for bosses to be handed even more control over others’ earnings. Particularly troubling is that the new rule would enable bosses to “tip out” to a potentially wider range of workers—sharing pay with line cooks, for example. Since this rule change would unravel the current practice of limiting tip-sharing to customarily tipped jobs (for example, sharing them across the waitstaff) on a negotiated basis, managers could potentially dilute the staff’s overall pay. They could even “reinvest” workers’ tips in cheapening menu prices or paying for renovations—so long as workers are nominally guaranteed the legal base wage. (Some states have higher minimum wages or disallow tip credits, but the federal policy remains the default nationwide.)

The new regulation, Nayak says, would let the boss recapture workers’ earnings and raise the risk of “hav[ing] their tips taken away from them and given back to the restaurant” and placing “the employer in the driver’s seat about who gets the tips.” From a business standpoint—as restaurant-industry lobbyists argue—employers are free to make investment decisions for the restaurant’s revenue, whether they boost dishwasher’s wages, or lower the price of drinks. But “that doesn’t have to be subsidized by the tips that customers leave for workers.”

Advocates view this proposal as fundamentally disempowering for workers, making an already unfair wage structure even more regressive. No bartender works an extra night shift to pay more into the pub’s capital-improvement budget, so why should the boss have a legal “right” to exploit money their staffers earned through their individual service, which may go beyond what their jobs require? Today, in fact, many policymakers and restaurateurs are moving toward ending tipping altogether, opting instead to provide steady hourly pay to all staff. However, such reforms are fair, advocates argue, only if workers are ensured decent pay, commensurate with their jobs. The administration instead seeks to institute a kind of corporate socialism at workers’ expense, letting employers arbitrarily spread around others’ earnings and possibly “reducing disparities” by lowering everyone’s pay.

Even by the administration’s free-market logic, the new rule’s potential to legalize wage theft would arguably be a bad deal for customers too. Generally, Nayak noted, a satisfied guest will “think that they’re leaving a tip in the tip jar or on the check for the folks who serve them, not to go back to management. And what this rule does is make that tip jar into another cash register.”

NELP contends that the rulemaking—which was conveniently issued with a 30-day comment period coinciding with the holiday season, when many restaurant workers are busiest—should not be approved without a comprehensive cost analysis to estimate the long-term impact on the workforce, which it has so far not provided.

Of course, the Trump administration seems to see no need for any transparent accounting of how managers might spend the reappropriated wages; just trust the boss to make it all work out in the end.