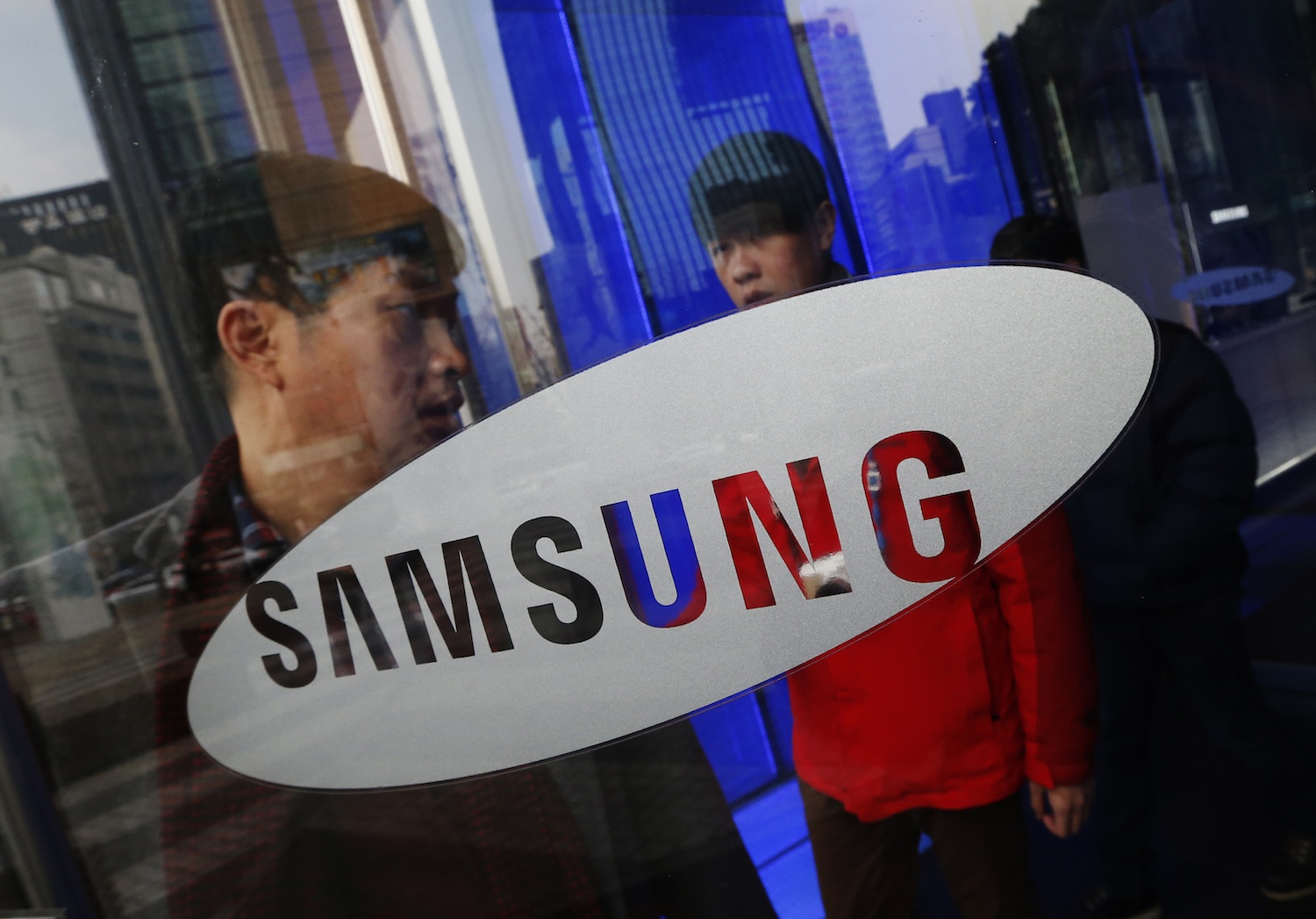 Big electronics brands often sell themselves as the vanguard of enlightened capitalism, not only solving our everyday problems through technological fixes but also making the world a better place along the way. To polish that image of technocratic progress, multinationals like Apple and Samsung frequently conduct well-hyped “corporate social responsibility” monitoring campaigns—showing that their overseas factories are eco-friendly, and that their supply chains are humane and “sweat free.” But labor advocates say a Chinese supplier factory for Samsung reveals that dirty labor practices are still lurking within these companies’ the ultra-slick assembly lines.

The major allegation is that Shinyang has employed at least several teens under age 16, the legal working age in China, and many more under age 18. They were hired, CLW says, as part of a labor dispatch system in which agencies funnel short-term “student workers” to factories that need surplus labor to handle seasonal influxes in export orders. Student temps are paid at lower rates despite doing comparable work. The New York Times followed up with a report affirming the identity of three girls, aged 14 and 15, who were apparently hired with false identification.

The CLW report echoes a 2012 investigation by the group showing similar use of child labor. But it also follows a glowing annual report from Samsung about the progress of its social responsibility programs. According to that report, multiple factory audits on 100 Chinese supplier plants—conducted by an outside auditor commissioned by Samsung—found “no instances of child labor.” The report did, however, note that other labor problems were widespread, including overtime violations and chemical safety hazards. Nonetheless, Samsung accentuated the positive, focusing on its programs to monitor and improve labor standards in supplier factories.

Though Samsung stood by its record after CLW’s report was released, the activists contend that abuse and exploitation remain endemic to China’s electronics manufacturing labor structure. Harsh conditions are actually built into the rigors of the job. At Shinyang, workdays last up to eleven hours, with rigid production quotas and supervisors looming over workers while barking orders. Children were afforded no special protection. In one case described in the report, child workers on the assembly line struggled to meet a 700-piece hourly production quota because the factory’s cumbersome plastic tweezers were slowing them down (evidently production rates were far better monitored than labor conditions). According to the report,

they noticed that other workers had metal tweezers, which were more effective. A supervisor told the child workers the location of a store where they could buy these metal tweezers. This… required them to take a bus to reach it. Feeling helpless, they made the trip to buy the tweezers on the next day.

The report describes a grimly disciplined factory floor: Workers were subjected to penalties for various misbehaviors, like repeated lateness, or just showing a “bad attitude.” There was a preference for hiring women over men.

Workers were ill-prepared for occupational hazards, CLW says. The production process involves routine “contact with harmful chemicals such as ethyl alcohol, industrial alcohol, and thinners,” but workers do not all receive protective gear, like gloves and masks; they must specially request it.

The steady stream of export orders allowed workers to accumulate about 120 hours of overtime in a month, more than triple the legal limit of thirty-six hours, CLW reports. Factory workers often rely heavily on overtime to scrape by, because of low base wages. Although monthly base wages at Shinyang were close to the local minimum wage, workers could more than double their pay through overtime and other subsidies and bonuses. And temp workers, who were denied overtime pay, made only about two-thirds that amount. Additionally, the company allegedly undercut workers’ long-term economic security by failing to make mandatory social insurance contributions for temp workers, and by underpaying insurance for regular workers.

The researchers noted that workers’ housing consisted of spartan, stuffy dormitories with as many as ten to a room. Cheap, plain meals were served from the factory canteen, segregated from the special dining area for Korean staff.

Meanwhile, outside the drab factory grounds lies the southern boomtown Dongguan, replete with flashy storefronts and high rises—marking the sharp inequalities that drive the massive exploitation of the vast workforce of migrants from outlying regions. The combination of poverty wages and the soaring cost of living in cities feeds into an increasingly volatile labor climate—and seems to be driving a recent surge in strikes and protests.

China’s recent efforts to strengthen social insurance for workers has sparked labor strife as well, as violations of the employer mandates are widespread. Earlier this year, a dispute over social insurance contributions at the multinational Yue Yuen shoe factory triggered a historic strike involving tens of thousands of workers.

Though Chinese law technically guarantees workers the right to unionize with the government-run official union federation, CLW observed no union presence at the factory. The closest thing to a grievance procedure was an “opinion box.”

Of all the harsh aspects of Shinyang’s labor system, perhaps the most degrading was their lack of control over their working conditions. New hires were reportedly given blank contracts to sign, and receive their final contratcts with the employment terms inked in “only a month after being employed”—effectively leaving them with no control over their working conditions for weeks.

In response to CLW’s allegations, Samsung provided a written statement to The Nation claiming that “the supplier in question” had been inspected three times since March 2013, and no incidents of child labor were detected. The company also noted a sophisticated identification security system that it had recently implemented at supplier factories in order to screen out underaged workers. But the company added, “We are urgently looking into the latest allegations and will take appropriate measures in accordance with our policies to prevent any cases of child labor in our suppliers.”

A teenage worker interviewed by the Times was undaunted by Samsung’s tightened security protocol: “The factory can just borrow real identification cards from other factories to register us,” she said. “And the system for checking employees as they enter the factory is not that strict.”

So given the sharp contrast between reports from the shop floor and Samsung’s own audit reports, CLW isn’t buying the official line. Program Coordinator Kevin Slaten tells The Nation via e-mail:

Child labor, unpaid overtime or wholly unpaid wages and benefits, over a hundred hours of overtime a month, poor living conditions, unsafe workplaces, and other common labor violations in the electronics industry are heavily influenced by the view of buyers—often international brand companies like Samsung, Apple, HP, Dell, Sony, etc.—that the manufacturing link in their business model must be constantly costed down. Electronic manufacturing companies operate on slim margins, and they continue to operate by suppressing labor costs.

The situation at Shinyang elucidates how the market for consumer electronics in the Global North is dependant on grueling labor conditions in faraway factories. With exploitation baked into China’s warp-speed assembly lines, the CLW report suggests it will take more than glossy annual reports to correct these systemic abuses.

Yet there are reforms that could promote meaningful corporate accountability: if workers had functioning, genuinely representative unions, they themselves could serve as auditors and help enforce standards directly at work. At Shinyang, however, CLW reports that when asked about a union, “workers said they have never heard of one.” For now, they’re stuck with the opinion box—unless and until they find the courage to show more “bad attitude.”