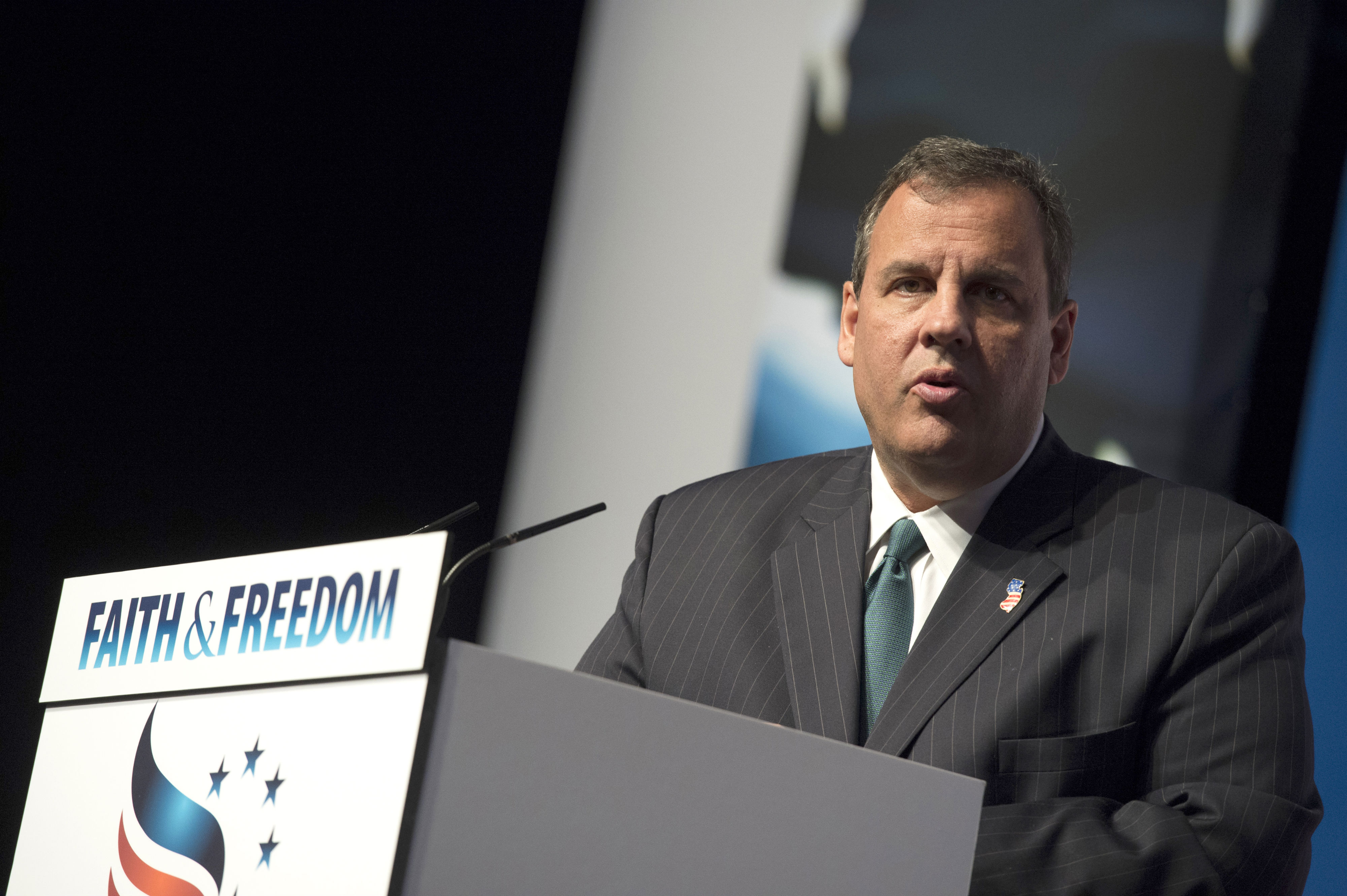 How do you fit a round peg in a square hole? Especially when the round one is Chris Christie and the square ones are members of the Christian right’s Faith and Freedom Coalition? Well, it’s not easy.

Governor Christie, who’s busy preparing to launch his 2016 presidential bid—despite some annoyances at back at home in New Jersey—paid a visit on Friday to Ralph Reed’s FFC, which is holding its 2014 “Road to Majority” event in Washington this week. Reed, of course, is the boyish-looking, 53-year-old former executive director of the Christian Coalition, brought into that spot by the weirdly offbeat, conspiratorially minded Pat Robertson. Since founding the FFC in 2009, Reed has used it to try to revive the otherwise fairly scattered and moribund Christian right movement, although many activists at the grassroots level consider Reed, Robertson and others to be far too attached to the Republican establishment. Still, since 2009 presidential candidates have trooped to the FFC’s national and statewide events to get Reed’s blessing. And Christie, hardly a favorite of the Christian right, is just the latest to make the pilgrimage. (Last year, Christie skipped the FFC and spoke instead in Chicago at Bill Clinton’s “Conversation on Leadership.”)

Other speakers at the FFC get-together included Christian right favorites such as Mike Huckabee, Rick Santorum, Gary Bauer and Michele Bachmann, and Christie was clearly the odd man out, with plenty of skepticism about his credibility as a social conservative. But Christie, if he runs, will have to reach out to social conservatives, and the organizers of the event gave Christie credit just for showing up. “There’s probably been more agreement than disagreement,” Reed told The Wall Street Journal in advance of Christie’s talk, in a less-than-enthusiastic comment. And Kellyanne Conway, a conservative pollster who also spoke to FFC, told the Journal that the audience viewed Christie with “a mix of appreciation, curiosity and skepticism.” And, said Reed:

He’s the first pro-life governor of New Jersey since Roe v. Wade. He’s line-item vetoed state funding for Planned Parenthood every year he’s been governor. He vetoed a same-sex marriage bill that the Democratic legislature sent him. And he’s a faithful Catholic. We don’t agree with him on every issue, but we wanted to give him an opportunity to share his story and make his case. I think people may be surprised at the reception he gets.

In less-than-convincing fashion, Christie made his appeal. He didn’t pretend that he’s the standard-bearer for Christian conservatives, but he did describe himself as “pro-life”—though some might question whether that’s always been in true during Christie’s political career, just as he’s evolved (toward the right) on issues such as gun control. So he told the FFC that to be “pro-life” means to be “pro-life for the whole life,” that is, including after babies are actually born. And no, that didn’t mean that Christie opposes the death penalty, only that the GOP ought to think carefully about education and drug-law sentencing, too. Said Christie:

When we say we’re pro-life, we need to be pro-life for the entire life. We need to stand up for the hurt and the wounded. From the womb until natural death, we need to be there even for those who stumble and fall, to be there to lift them up. To me that’s the true meaning of being pro-life.

And, in a backhanded way of asking Republicans to be tolerant of differing views within the party, Christie slammed the Democrats for their alleged, “intolerant” refusal to allow anti-abortion people to, say, address its national convention, while Republicans, he said, have often allowed pro-choice GOPers to speak, including Colin Powell, Condoleezza Rice and Tom Ridge.

Christie also appealed to the FFC faithful by criticizing President Obama over foreign policy issues, including support for Israel, which is a key plank for the Christian right’s views of the Middle East. Said Christie, citing Iraq, Syria, Ukraine, Iran and North Korea:

We are seeing now all across this world that this administration’s pulling back of American influence and American ideas around the world is having catastrophic effects.… All of these things are happening, in my opinion, because of a lack of clarity and principled American leadership.… [Israel] no longer convinced America is their unwavering friend. That’s wrong, Israel is our friend, and we need to stand up and fight for it.

After pandering to the Christian right, Christie hopped on a plane and headed up to New Hampshire, perhaps the most important state for Christie if he runs in 2016. (That’s because he’s not going to win Iowa, which is packed with evangelical Christian voters, but might do well in the Granite State, where Republicans are not as religious and where independents can vote in the Republican primary.)