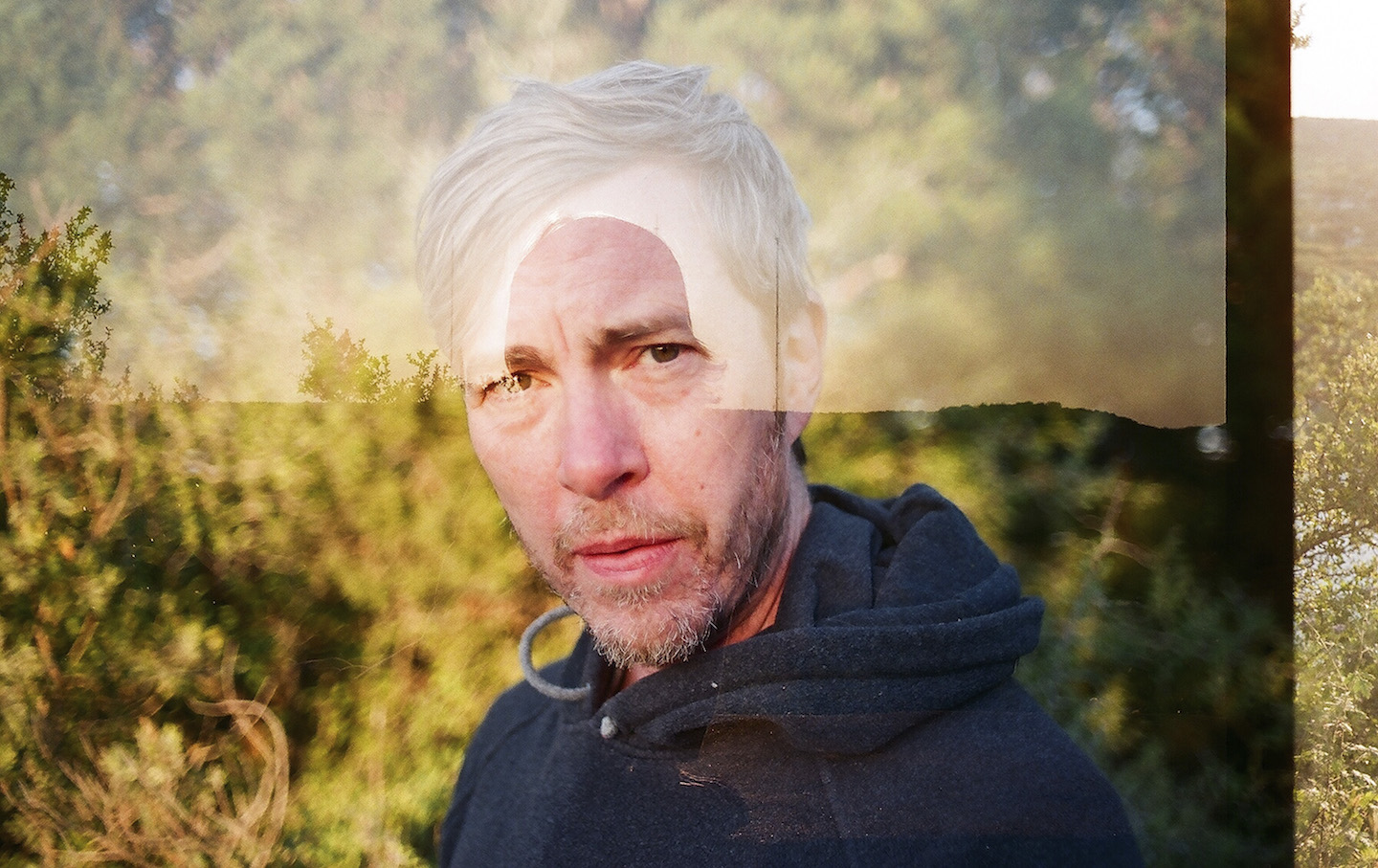 In 1968 in a rambling folk ballad, Jerry Jeff Walker, a songwriter now based in Austin, Texas, voiced a series of epochal concerns that spoke to a bleak near future: the threat of overpopulation, rampant political conspiracy, the proliferation of brainwashing mass media. He called his song “The Ballad of the Hulk,” apparently in reference to the comic-book character born of another source of contemporary anxiety, nuclear radiation. But in the song’s seven-plus minutes, Walker never actually mentions the Hulk (or the creature’s host, Bruce Banner). Rather, the character stalks beneath the lyrics, embodying the potential for young Americans to transition from erudite observers to world-rending revolutionaries. In the comics, after all, the Hulk appears only when Banner gets angry—and in 1968, people were angry. Maybe, thought Walker, an army of big green monsters could help set things right.

“The Ballad of the Hulk” is also the name of the fourth track on the new album by Austin-based songwriter Bill Callahan, Shepherd in a Sheepskin Vest, his first studio LP since 2013. Although Shepherd’s 20 songs are shorter and more sparsely arranged than those on the artist’s previous few releases, they share some fundamental characteristics with their predecessors: an embrace of elegant country twang and bucolic imagery, an aversion to traditional song structures and definite meaning. There’s also Callahan’s measured baritone, a voice that makes it sound as if he knows the meaning and etymology of every word under the sun—“Hulk,” “Reiki,” “godmotherly.” Like Walker, Callahan broaches unresolved issues, but his are of a philosophical (“What comes after certainty?”) or, especially, personal nature. “Ballad” documents things he wants to change, like his temperament (“I never got angry / Maybe I should have”) or his habits (“Eat[ing] too much steak… / Hold[ing] on too long to ancient aches”).

Since the 1990s, recording first as Smog and then under his own name, Callahan has cast himself as a perpetual stranger—an elusive character, never belonging, in both lyrics and life. But the 53-year-old songwriter is no longer the wandering figure his music and public statements have made him out to be. After the release of 2013’s Dream River, he got married and had his first child; on Shepherd he invites his new family into the music, peppering the songs with frank mentions of wife and son, voiced with pride, as opposed to his more typical tone of joking, provocation, or despair. And while “Ballad” possesses the wry, specific details that Callahan likes to include in his songs (a “master of Reiki” tells him about eating too much red meat), it also speaks to the dawning of his middle-aged thought process. And when his voice withers as he explains the stakes of his self-improvement—that the faults are “hard on [his] heart”—his care for others becomes audible, a scarce sound on Callahan albums of yore.

But bringing in domestic life was less a choice than a necessity. In recent interviews, Callahan has explained that his familial setup made writing difficult. “At first, I wanted to just pretend like nothing had happened, and write about other stuff, but I wasn’t getting anywhere,” he said. “I realized the songwriter had to be married and have a kid, too.” Even when allowing the real world into his music, Callahan maintains a distance: The songwriter has a wife and son. Is he like Bruce Banner, though, his identity flitting back and forth, contingent on mood or situation? Or does he settle down? Here, after all, the man and the character share a personal role (father) and vocational task (songwriting) in more specific terms than ever. With wife and son as benchmarks, who is the Callahan that emerges from Shepherd?

Callahan has long used his role as songwriter to think through his personal estrangement, crafting doppelgängers he can express himself through, even if cryptically. He now seems to understand, however, that fatherhood requires a certain firmness. On Shepherd, accordingly, he narrates the honing of his writing process, working toward clarity, specificity, certainty. “Writing,” the track that follows “Ballad,” begins, “It feels good to be writing again / Clear water flows from my pen!” But Shepherd’s fresh rivers become murky, and he has to reckon with the apparent impossibility of writerly clarity. “I never was the things I said I was,” he admits on “Call Me Anything.” “But it’s not as if I lied / What I was, all I was / Was the effort to describe.” Indeed, perhaps he can exist only in song. “I had a son,” he sings, but “Giving birth nearly killed me / Some say I died / And all that survived was my lullabies.”

If Shepherd is an album born of birth, it can’t escape death, a topic that has long preoccupied Callahan. While raising his infant son, Callahan also cared for his mother, who moved to Austin shortly before dying in 2018 and with whom he had an ambivalent relationship. While Shepherd revels in fatherhood, a mother crops up in one of the final songs, not just in the lyrics but in the rare presence of background singers, one of whom is Hanly Banks, his wife and the mother of their child. It’s a cover of the gospel song “Lonesome Valley,” previously sung by the Carter Family, Woody Guthrie, Mississippi John Hurt, Fred Neil, and other luminaries who haunt Callahan’s existential Americana. An apt inclusion, “Lonesome Valley” gets to the heart of Shepherd’s familial trepidation. “Everybody must walk the lonesome valley,” the song goes. “They must walk it by themselves.” “Father” walks the lonesome valley, then “mother,” “sister,” and finally “you.”

Melii Is Not Playing Around

The Anarchic Fun of Vince Staples

This is not to say that Callahan shirks responsibilities but rather that he’s aware of the complex, evolving statuses of creator and caretaker. Everybody must walk by themselves eventually, but there’s space to move together, too. This is clear on songs like “Young Icarus,” in which he generously repurposes the Greek myth. Instead of Icarus drowning in the sea after flying too high, father and son together “[Crawl] out of the water / As obsessed with evolution as ever.” Once the force of evolution takes over, Callahan can’t do much, but he’ll bring his son to that point—unlike, it seems, his own dad. In the 1995 song “Bathysphere,” Callahan recalls, “When I was 7 / My father said to me / ‘But you can’t swim’ / And I’ve never dreamed of the sea again.” Maybe his father was a “shepherd in a sheepskin vest,” a caretaker posing a threat to those cared for. Callahan has learned better, though: In “Watch Me Get Married,” he takes the vest off.

Shepherd relishes these moments of release. It’s here that Callahan recognizes, consolidates himself. The album’s last lines describe a rootless sailor, as Callahan used to fancy himself, “Dividing the water / Till beast release beast.” Rather than getting angry, it seems he’s letting go, an occasion that—in conjunction with the album’s numerous bodies of water—calls to mind Walt Whitman’s “Crossing Brooklyn Ferry.” For Whitman, constant travel over a river fosters a sense of understanding between the writer and those around him; hybrid identities aren’t constituted internally, as with the Hulk, but by others. “And you that shall cross from shore to shore years hence are more to me, and more in my meditations, than you might suppose,” Whitman writes. When Callahan gazes into whatever clear water is available to him, he indeed sees more than his own reflection. The album attests to such improved perception and unfolds as a sort of map, full of twists and turns, for how his son—but also anyone—might see this way, too.