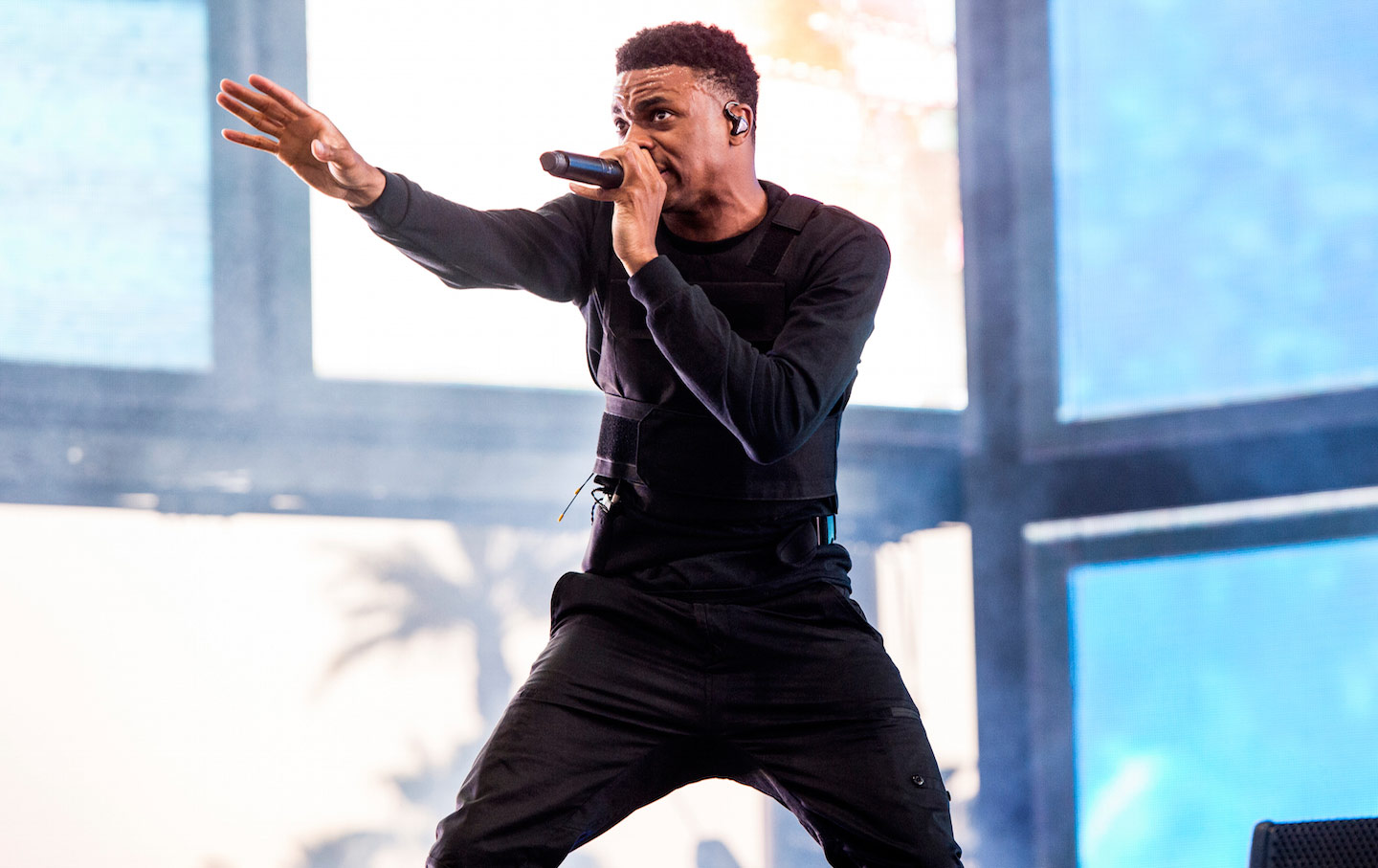 Vince Staples isn’t disturbed by dissonance: The California rapper’s music—stark, biting, and oblique—revels in knotted tensions that defy easy resolution. His world is one of white fans dancing to black death, of relationships crumbling into oblivion, of shoot-outs killing both enemies and friends—and it all feels natural. Staples’s ability to evoke these contrasts and then slash through them is unmatched, in rap and beyond. He’s a master at drawing listeners close, only to explode that proximity. FM!, his latest album, extends that tradition, using a radio station to amplify the signal. The record features some of his most accessible songs to date, and in typical Vince Staples fashion, stings as much as it slaps.

On his debut album, Summertime ‘06, Staples rapped, “We love our neighborhood / So all my brothers bang the ‘hood.” The line hints at the community pride and camaraderie that undergirded gang life in his hometown of Long Beach, California. On FM!, the popular radio show Big Boy’s Neighborhood, broadcast locally on the “Real 92.3” FM, loves him back. Introduced by the actual Big Boy, the album’s fictional Neighborhood episode places Staples in heavy rotation. Joined by a bevy of his fellow West Coast artists, who appear for features, bumps, and song snippets, Staples comes across as a local star. This backdrop is a cheeky allusion to his low profile within his home state, and the way that terrestrial radio can elevate local artists regardless of their real stature. His homeland only loves him in his dreams.

Playing up this California love, Staples’s aesthetic here is strictly West Coast. It’s a bit of an inside joke: Despite being a respected member of LA’s hip-hop community, his music has typically held the West Coast rap canon at a remove; stylistically, Staples’s first home is the Internet. The punch line of this unexpected homecoming on FM! is that it’s a fantastic match. Staples’s winding flows and übernasal timbre are suited perfectly for the groove and thud of classic West Coast styles like hyphy and Mustardwave. Producers Kenny Beats and Hagler evoke all this history expertly, providing Staples with bold, twitchy compositions that pound and sway and bounce. Breezier than the jolty rave bops of his last album, Big Fish Theory, these beats are designed to be heard in compact but open spaces, such as a swap-meet stall or a car with the windows down.

What makes FM! more than pastiche is that, for Staples, fun is never pure. He relishes any opportunity to inject gravity into the expected levity of entertainment. His party jams incorporate death, loss, and snide references to Beverly Hills Cop and The Fresh Prince of Bel-Air. On “Outside,” he raps, “At my Uncle Phil’s house with the MAC-10,” evoking both black wealth and menace. “Relay” features the eerily catchy ditty “Fed chirp on scannerrrrr / Got blurp with the hammerrrrr,” which depicts police surveillance as a fun game of cat-and-mouse. It’s startling how thrilled Staples sounds. 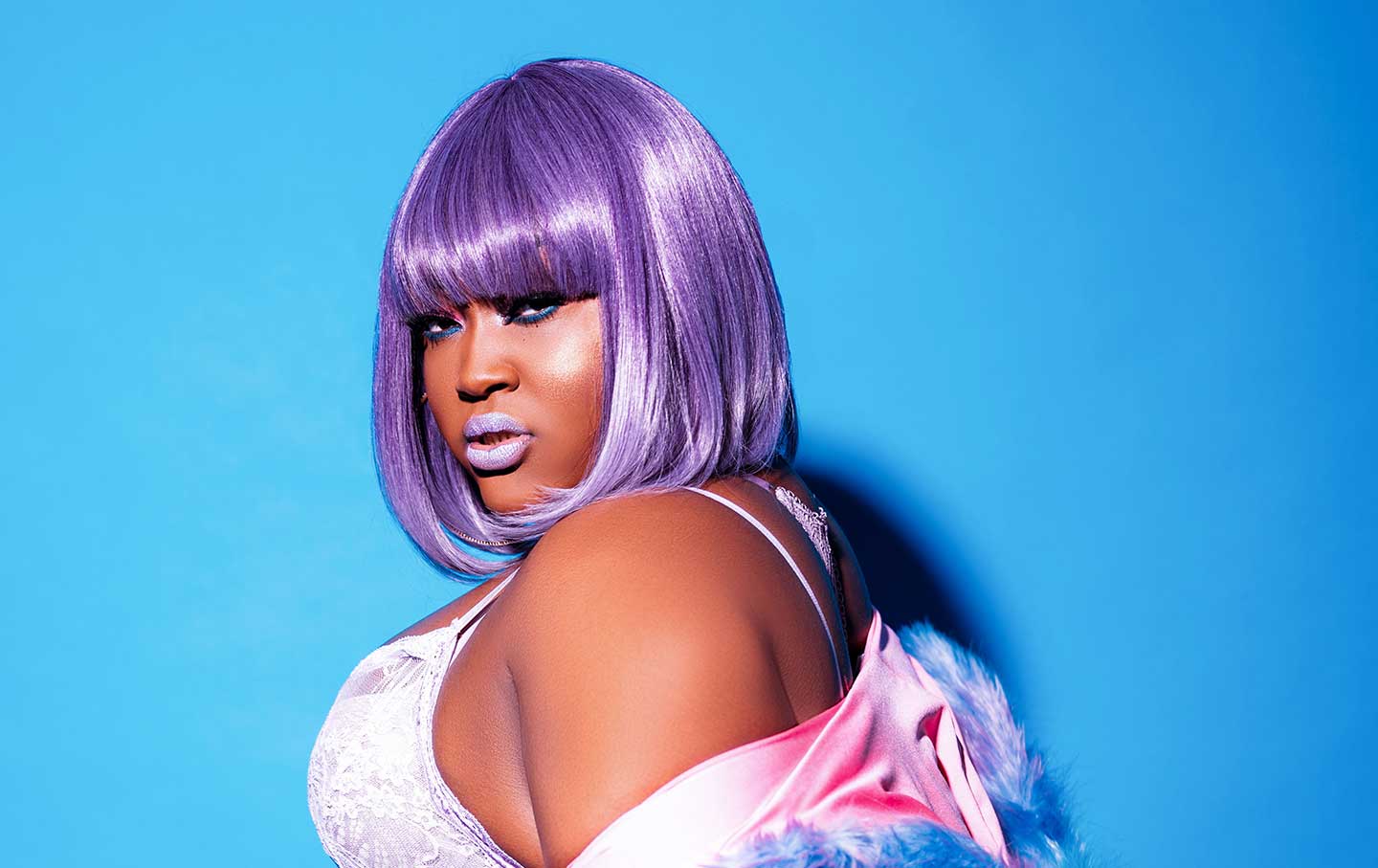 Although it’s easy to perceive these contrasts as sarcasm or trolling, there’s a consistent current of transparency to FM!; amid all the bedlam and discord, a quiet pride shines through. When Staples chants, “I always been famous where I’m from,” on “Run the Bands”—an allusion to his days as a Crip—he’s being both glowering and forthright. His formative experiences are the foreground of his music, even as he’s “made it” to the radio. His rapping, too, embodies that pride. Over the years, his voice has become an all-purpose tool that can stretch and bend and pierce. On “FUN!” alone, he uses it to wildly different ends, affecting a cool deadpan in the first verse (“My black is beautiful but I will shoot at you, dawg”) and a cartoonish yap in the second (“Miss with the glitz and the glam / Fried catfish at the Ritz in Japan”). At all times, he is who he is and who he has become.

Above all, FM! is a story of accumulation. As Staples’s profile has risen and he’s journeyed from being a local gangbanger to a global artist, he’s never forgotten his arc. The distance between his grim beginnings and his unlikely ascent continues to grow, but so does his ability to shrink it.