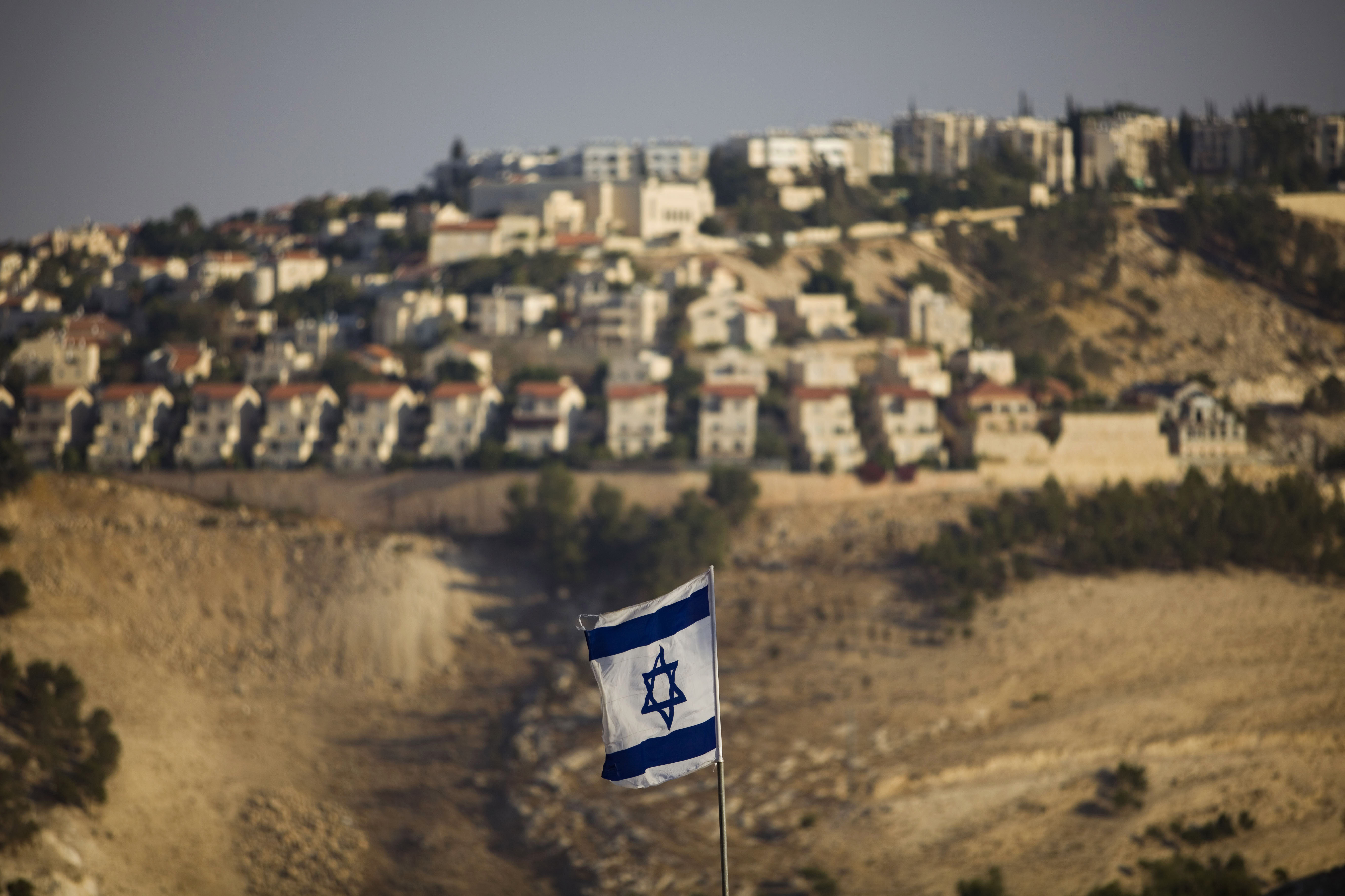 An Israeli flag is seen in front of the West Bank Jewish settlement of Maaleh Adumim on the outskirts of Jerusalem. (AP Photo/Bernat Armangue)

Writing in the most recent issue of Foreign Affairs, Aluf Benn, editor in chief of the Israeli newspaper Haaretz, surveys the Israeli landscape and concludes that recent transformations are rendering “the largely secular and progressive version of Israel that once captured the world’s imagination” obsolete. Benn notes that “Israel was always in some ways a fantasy,” though one with foundations in reality. Today, however, “that reality has changed, and the country that has replaced it is profoundly different from the one its founders imagined almost 70 years ago.”

I recently spent 10 days in Israel, where I spoke with Benn about the current state of the country as well as that of Haaretz—which New Yorker editor David Remnick, in a lengthy 2011 article, termed “easily the most liberal newspaper in Israel and arguably [its] most important liberal institution.” Though Haaretz is often compared to The New York Times in terms of its stature, the analogy worked only when the center of Israeli society was secular and socialist. Today it is neither, and Haaretz represents an increasingly beleaguered opposition that is both Jewish and democratic in a country that is now Jewish if you’re an Arab and democratic if you’re a Jew.

Haaretz, however, appears to be in far better shape than the Zionist left for which it speaks. After a significant restructuring in 2012, the newspaper is now profitable enough, with a stable editorial staff of about 250 people. In a remarkable statement of self-confidence, Benn says he has no idea what the editorial budget is, and he is no less ignorant about why Russian and German investors have joined the famously left-wing Schocken family to help finance it. (Almost no American newspaper editor enjoys such isolation from financial pressures.)

Like the Times, Haaretz boasts a profitable paywall as well as an expensive subscription for its print edition. It provides its elite Israeli readership and the global audience for its English-language edition with an extremely nuanced and unsparing picture of Israel and the occupied territories. It also sponsors conferences, like the one in New York City last December at which Israeli President Reuven Rivlin gave the opening address.

But what Haaretz lacks is just what the Israeli center-left lacks: a compelling counternarrative to the one put forward by Prime Minister Benjamin Netanyahu and company, which is slowly and systematically undermining both Israeli democracy and any realistic hope for a two-state solution. As Benn explains, “At Haaretz, we are trying to ring the alarm bell for freedom of speech, and we are the only ones who bother to report about the occupation.” But it is fair to say that most Israeli Jews, who make up approximately 75 percent of the country’s population, do not much care.

All things considered, most Israeli Jews are pretty happy these days. The economy is humming along nicely. The shekel is stable. Unemployment is extremely low. The biggest complaint one hears is that realestate prices are skyrocketing in Tel Aviv (an influx of French Jews buying second homes is often blamed as a key cause).

In terms of security, Israelis remain uneasy about frequent “lone-wolf intifada” attacks, most recently the horrific stabbing murder of a sleeping 13-year-old girl on June 30. But the “security fence” (or “apartheid wall,” as some call it) has ended the threat of large-scale suicide bombings. As the Arab Spring gave way to festering violence and instability across the region and tensions between Netanyahu and President Obama escalated over the Iran nuclear deal, Netanyahu abandoned any pretense of moderation and froze the peace process. His far-right governing coalition has stepped up settlement construction and introduced a series of laws and initiatives to undermine and discredit the country’s remaining voices of dissent.

Causes for optimism are hard to find. Although the current coalition may remain stable until at least 2019, Netanyahu was able to retain power after the 2015 elections only by making big concessions to his hard-right colleagues in the Knesset. The Zionist Union (formerly the Labor Party) is split between a “me too” faction that would have gladly joined Netanyahu’s coalition in exchange for crumbs of patronage—party leader Isaac Herzog recently complained that its members needed to sound less like a party of “Arab lovers”—and a disunited, leaderless peace camp struggling to survive.

Because Netanyahu is not only fanatical in his pursuit of power but also quite possibly corrupt, he may yet sink himself. If so, Benn explains, the result will be no better. Netanyahu appears to have overreached in attacking the (somewhat) sacred institution of the military by forcing out the respected and highly critical defense minister, Moshe Ya’alon, and appointing the inexperienced far-right ideologue Avigdor Lieberman. But again, you can’t beat something with nothing.

Meanwhile, Palestinians are undergoing a profound political crisis of their own, marked by a lack of leadership, widespread corruption, and an unwillingness among the elite to risk elections that, taken together, threaten the collapse of the Palestinian Authority. This could easily lead to a Hamas takeover of the West Bank, a massive Israeli crackdown in the occupied territories, or both.

Haaretz recently published a long profile of jailed Fatah leader Marwan Barghouti, who is viewed by many as the only credible leader who can unite Palestinians and, like the once-accused “terrorist” Nelson Mandela, deliver genuine peace. Benn calls this notion a “clichéd analogy” and points out that the Israeli government has no interest in allowing it to occur. The Palestinians with whom I spoke think that the Palestinian Authority’s leadership is similarly uninterested in allowing a genuinely popular and uncorrupted leader to kick them off their gravy train.

The forecast, therefore, is bleak. All the more reason to raise a glass to Haaretz, which remains a lonely light unto the journalistic nations even as Israel descends, tragically, more deeply into darkness.