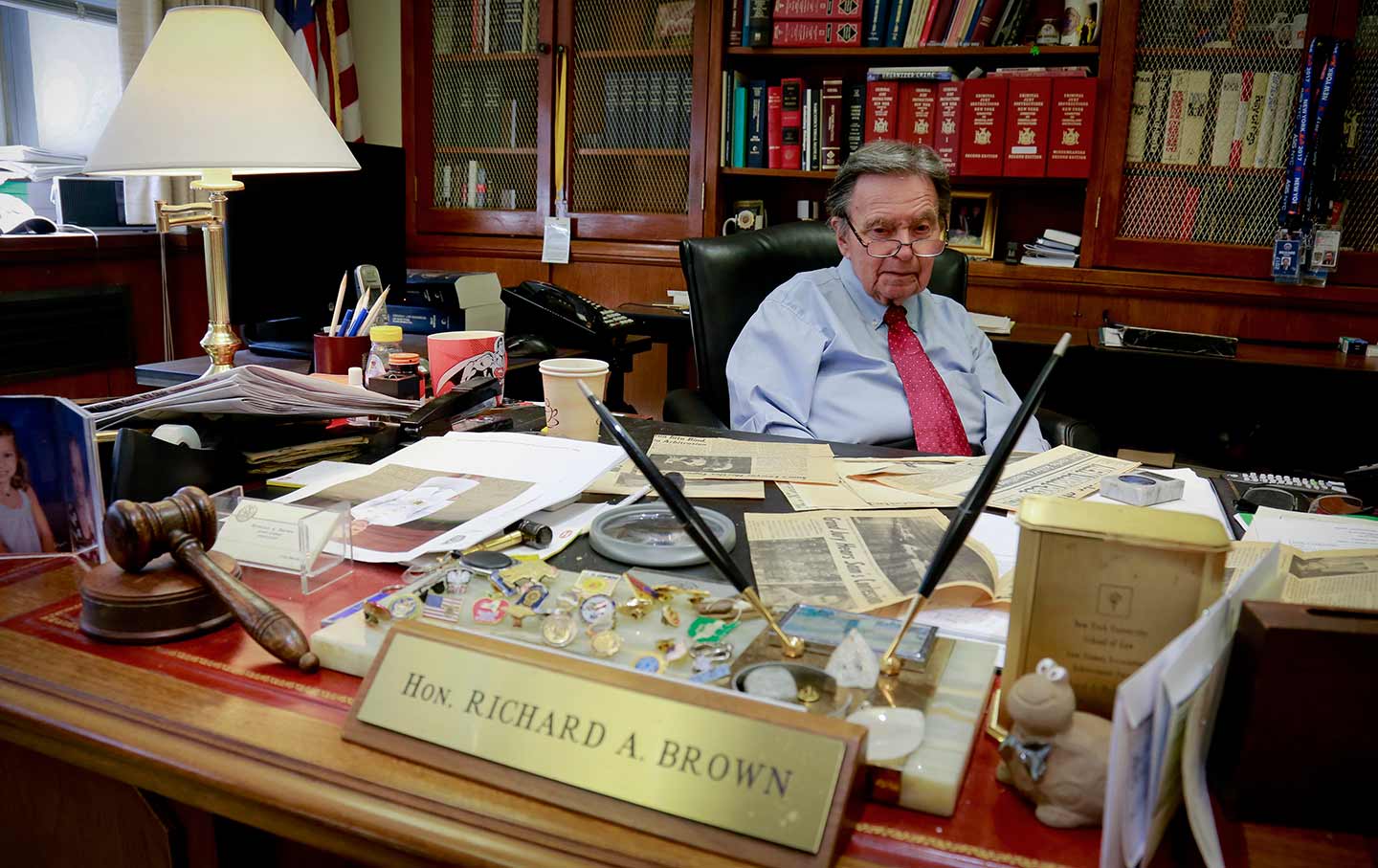 On a warm day in early May, hundreds of people packed the Reform Temple of Forest Hills to mourn Richard Brown, the man who ran one of the largest district attorney’s offices in America for nearly 30 years.

Brown was 86, suffering from Parkinson’s and set to step down in June. And while Mayor Bill de Blasio eulogized the longtime Queens district attorney as a trailblazing prosecutor and sage lawman, the race to replace him has not only been a referendum on his tenure—viewed unfavorably by many criminal-justice reformers—but on the prosecutor’s office itself. As district attorneys like Philadelphia’s Larry Krasner and St. Louis’s Wesley Bell lead a movement of imaginative, reform-oriented prosecution, Queens could very well demonstrate the kind of transformation possible in an office originally conceived to cage as many human beings as possible. DAs once drove America’s mass-incarceration boom; now they are being asked to undo the damage, and the Queens County DA’s office is one of the more important posts in America, if importance is measured in immediate influence on the greatest number of people. Queens counts about as many residents as the state of New Mexico, with over 160 languages spoken among the borough’s more than 2 million inhabitants.

There are seven candidates competing in the June 25 Democratic primary, and most are promising a new, and at least somewhat more progressive approach. “This race is about Brown’s legacy and what the last 30 years in Queens have been like,” said Nick Encalada-Malinowski, the civil-rights-campaign director at VOCAL-NY, a progressive grassroots organization active in Queens. “Even though people describe it as an open field, and that’s technically true, the race is still seen through the prism of what’s been going on in Queens and how Brown has been on the more punitive end of all prosecutors in New York City.”

The political-action arm of VOCAL-NY is supporting 31-year-old Tiffany Cabán, a Latina public defender endorsed by Our Revolution, the Democratic Socialists of America, and Real Justice PAC, a Shaun King–backed initiative to elect more progressive prosecutors nationwide. Cabán has been the breakout star of the race, not unlike her fellow Queens progressive Alexandria Ocasio-Cortez.

The Queens Democratic machine—which supported AOC’s rival, Joseph Crowley—has coalesced around another Democrat: Melinda Katz, the 53-year-old borough president. This is the first competitive election for Queens DA in recent history and one of the few contested races in the past few decades for any DA’s office in New York City. The dynamic of this race is markedly different from the congressional one, though. If Cabán is a candidate in the Ocasio-Cortez mold, the Democratic primary is not a simple one-on-one, left versus center. 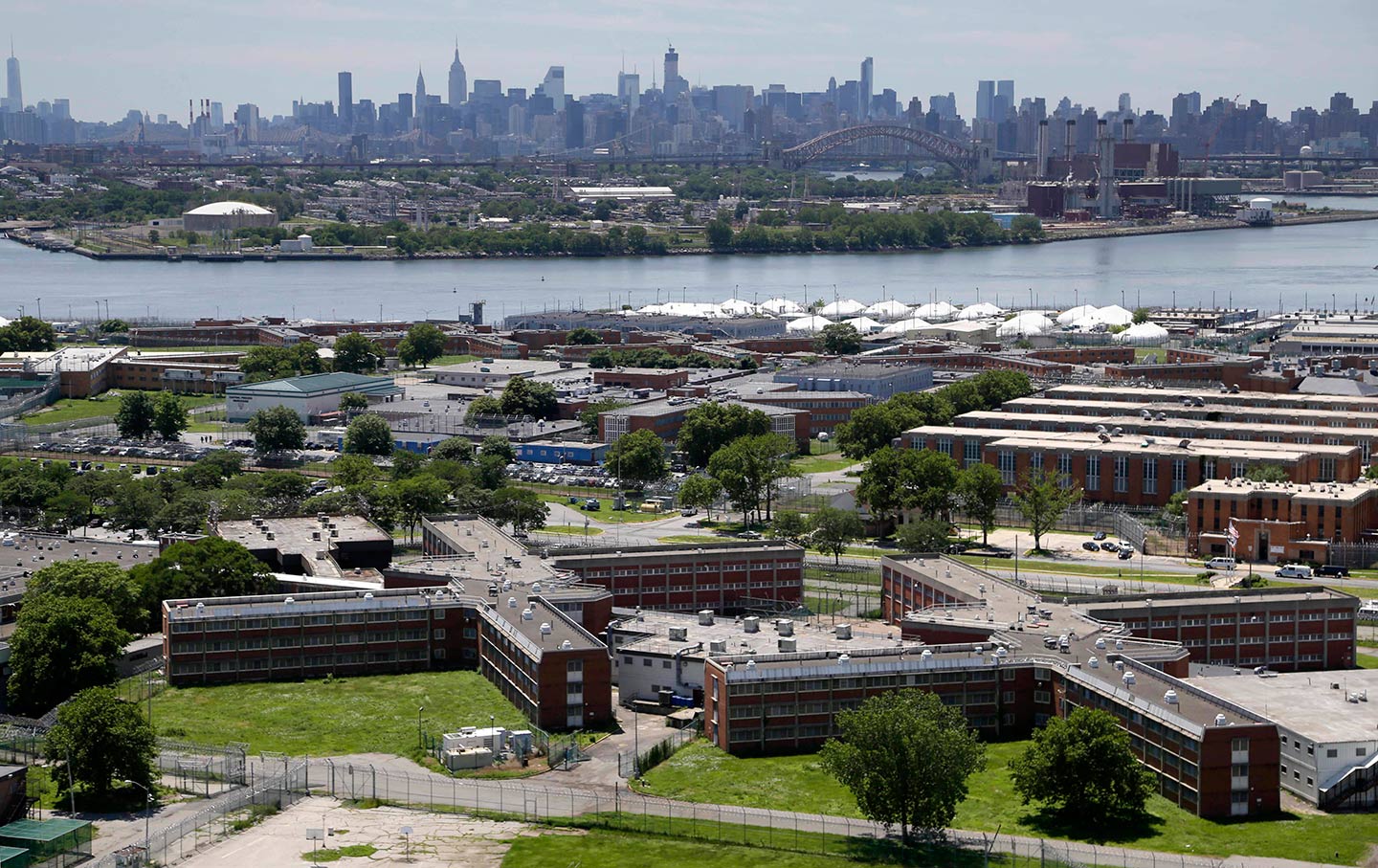 NYC Prosecutors Are Stoking Fear About the Mass Bailout, but Their Arguments Don’t Add Up

Katz has promised reform, as has City Council member Rory Lancman. Jose Nieves, a former prosecutor with the New York AG’s office, also wants to close jails. Betty Lugo, another former prosecutor, could be the first Latina DA, like Cabán. Mina Malik, one of two former prosecutors from the Queens DA’s office, is another woman of color with a deep résumé. And Gregory Lasak, the other ex–Queens prosecutor and a former State Supreme Court judge, is the most conservative Democrat but quietly set up an initiative to review wrongful convictions when he worked for Brown.

A district attorney, understood in the most anodyne way possible, is the chief law-enforcement officer of a locality, but holds tremendous power. DAs have far more leverage than defense lawyers or even judges: They choose the charges, determine the plea bargains, and make the bail demands. Before reforms passed this year, New York DAs could delay cases indefinitely and withhold exculpatory evidence.

Given their power and discretion, some have asked whether a prosecutor can be truly progressive at all. The institution incentivizes putting people behind bars, and most reform amounts to restraint as much as transformation.

New York City has five DAs, one for each county, and most criminal-justice observers agree that, outside of conservative Staten Island, the Queens district attorney’s office has been the most resistant to even perfunctory change. Brown held his post since 1991, and his top lieutenants treated the office as an 80’s and 90’s relic, aggressively prosecuting low-level marijuana cases and turnstile-jumping. They have refused to launch a new conviction-review unit, which could investigate convictions and vacate them if they are found to have been obtained through false testimony or hidden evidence.

“DA Brown…pushed minorities into a system where they can’t really reform themselves after a misdemeanor arrest,” said Jon McFarlane, a lifelong Queens resident and member of Court Watch NYC, an organization that seeks to bring accountability to New York’s courtrooms. “It’s hard to get a job, get credit, and you get stuck in a circular system of prison, parole, and probation.”

While other DAs have supported Mayor de Blasio’s plan to shutter Rikers Island, Brown did not. Prosecutors in Brown’s office were remarkably punitive, employing tactics unseen in other boroughs, according to defense attorneys who regularly work in Queens. Assistant district attorneys will join police to interview defendants before they are even arraigned, hoping to secure incriminating statements that will lead to quick convictions.

Prosecutors will also pressure defendants to waive their statutory right to a speedy trial. Defendants are told that, if they do not waive that right, the highest possible charges will be brought against them. Plea bargaining is perilous for the poorest, most marginalized defendants. 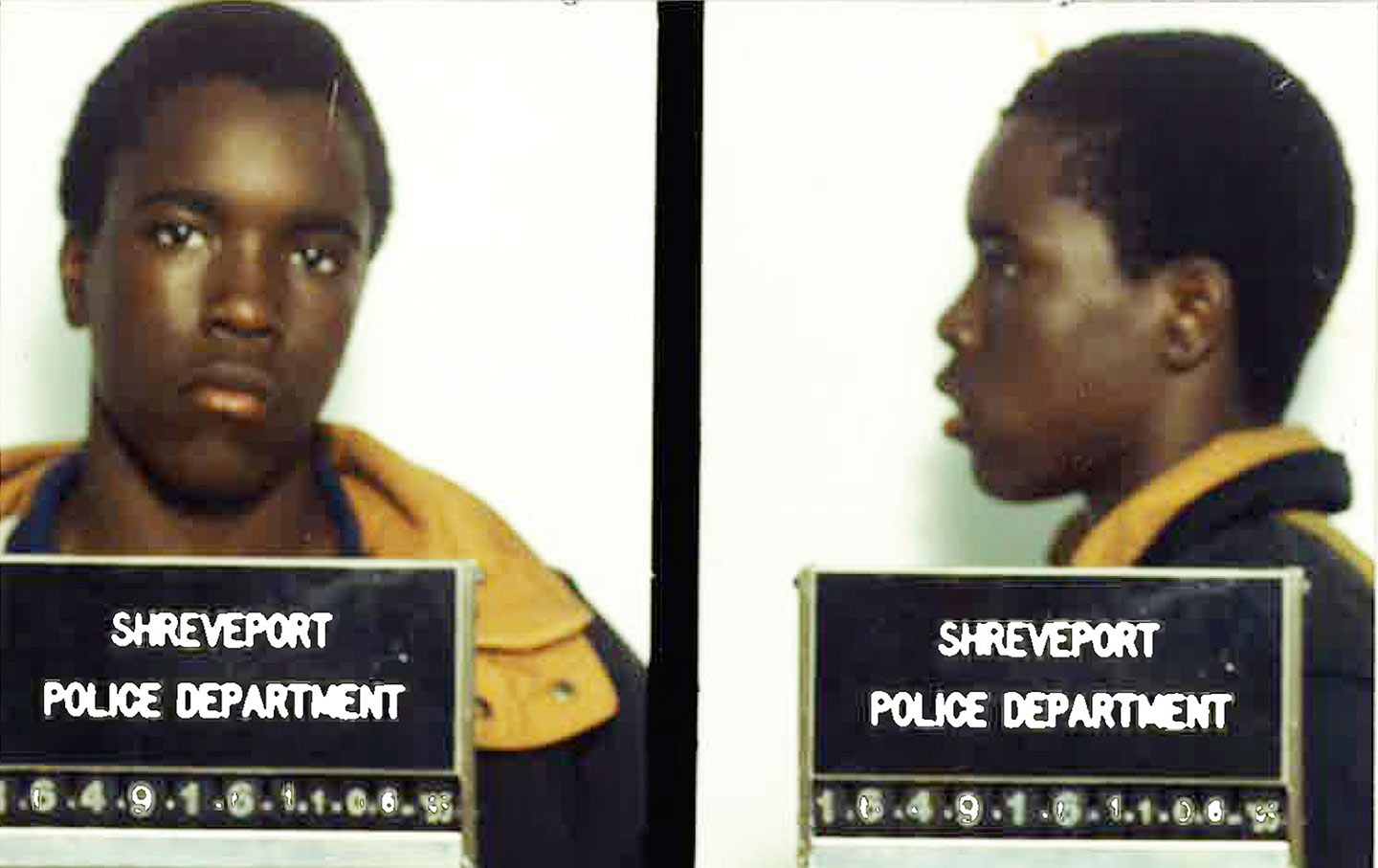 How Prosecutors Ruined the Life of Corey Williams

“If you insist on a critical statutory right, you will never see a plea offer. That’s how the case starts. It’s already coercive,” said Steve Zeidman, the director of the criminal-defense clinic at CUNY School of Law and a close watcher of the Queens DA’s office. Zeidman likened the office to Mississippi in the 1940s. “While everybody else has said at some point they won’t prosecute low-level offenses, Queens has never agreed to that,” he said.

Every candidate is promising some amount of reform. But while Lasak and Malik, the two candidates in the race who served as prosecutors in the Queens DA’s office, speak carefully about Brown’s legacy, Katz, who has the support of many of the leading elected officials and labor unions in the city, is reluctant to critique a DA she has backed in the past.

Cabán and Lancman, also a self-identified progressive, are more willing to directly confront Brown. They part ways, however, on prosecuting sex workers and their clients. Lancman would continue to prosecute these cases, citing issues of human trafficking, while Cabán has joined decriminalization advocates in battling against a mode of prosecution she argues leads to more low-income, women of color behind bars. (In New York, arrests for loitering for prostitution jumped 180 percent from 2017 to 2018, with roughly half of those occurring in Queens.)

Cabán, beyond her age and experience—she is the youngest candidate in the race, and the only one who is not a current politician or former prosecutor—is the only candidate to aggressively champion the “No New Jails” movement, calling for no jails to replace Rikers Island when it’s projected to close in 2026. De Blasio plans to site four new jails in every borough except Staten Island, situating them closer to courthouses and the communities where defendants live.

“I don’t really speak much about progressive prosecutors because—what’s interesting, everybody in the race is labeling themselves as ‘progressive prosecutors,’ ‘progressive reform[ers]’—one, it’s lost all meaning, but for me, what I like to talk about more is decarceral prosecutors,” Cabán said in an interview. “For me, this is about harm reduction…. It’s a system that was designed to have these very unfair outcomes that disproportionately affect black and brown communities.”

Cabán argues that any new jail would only encourage the criminal-justice system to fill cells to capacity and beyond. For reformers backing City Hall’s plan, the position creates some odd bedfellows: More conservative residents living near the proposed jails have also opposed their construction, citing fear of crime, decline in quality of life, and enormous buildings that would be “out of character” with neighboring structures.

The calculus for the candidates running a countywide race will be complex: They must make their case neighborhood by neighborhood and community by community in a borough divided by race and class.

Looming over the contest is Ocasio-Cortez, who has yet to choose a candidate. Ocasio-Cortez could potentially launch Cabán past her rivals or at least help her consolidate the vote in neighborhoods like Astoria, Long Island City, and Sunnyside, where the 29-year-old representative is most beloved. But so far, she has mostly shied away from local political fights (Amazon notwithstanding) to train her focus on national issues.

Traditionally, Queens was majority-white and suburban in sprit, populated with Italian and Irish homeowners, some providing inspiration for All in the Family’s irascible Archie Bunker. Whites now make up just a quarter of Queens. Hispanics comprise 28 percent, Asians 27 percent, and blacks 21 percent of the borough.

It’s the African-American population, though slightly smaller than the other demographics, that could prove decisive. Concentrated in southeast Queens, a middle- and working-class enclave, the borough’s African-American residents vote in relatively high numbers and are overwhelmingly registered Democrats.

“The biggest word for Melinda is ‘predictability,’” said Donovan Richards, a southeast Queens City Council member who recently endorsed Katz. “I’ve spoken to people in my district and they know Melinda and trust Melinda—and that weighs heavily.”

Katz is no radical—she does not claim to be, having received money from the powerful real estate lobbies—but advocates hope, if she does indeed win the primary, that she will be responsive to the new moment of criminal-justice reform, just as Brown, to the detriment of communities of color in Queens, was once reflective of a tough-on-crime period that has long past.

“The country is rightfully yearning for criminal-justice reform, and I think I bring that to the table,” Katz said. “I can make a difference right here in Queens.