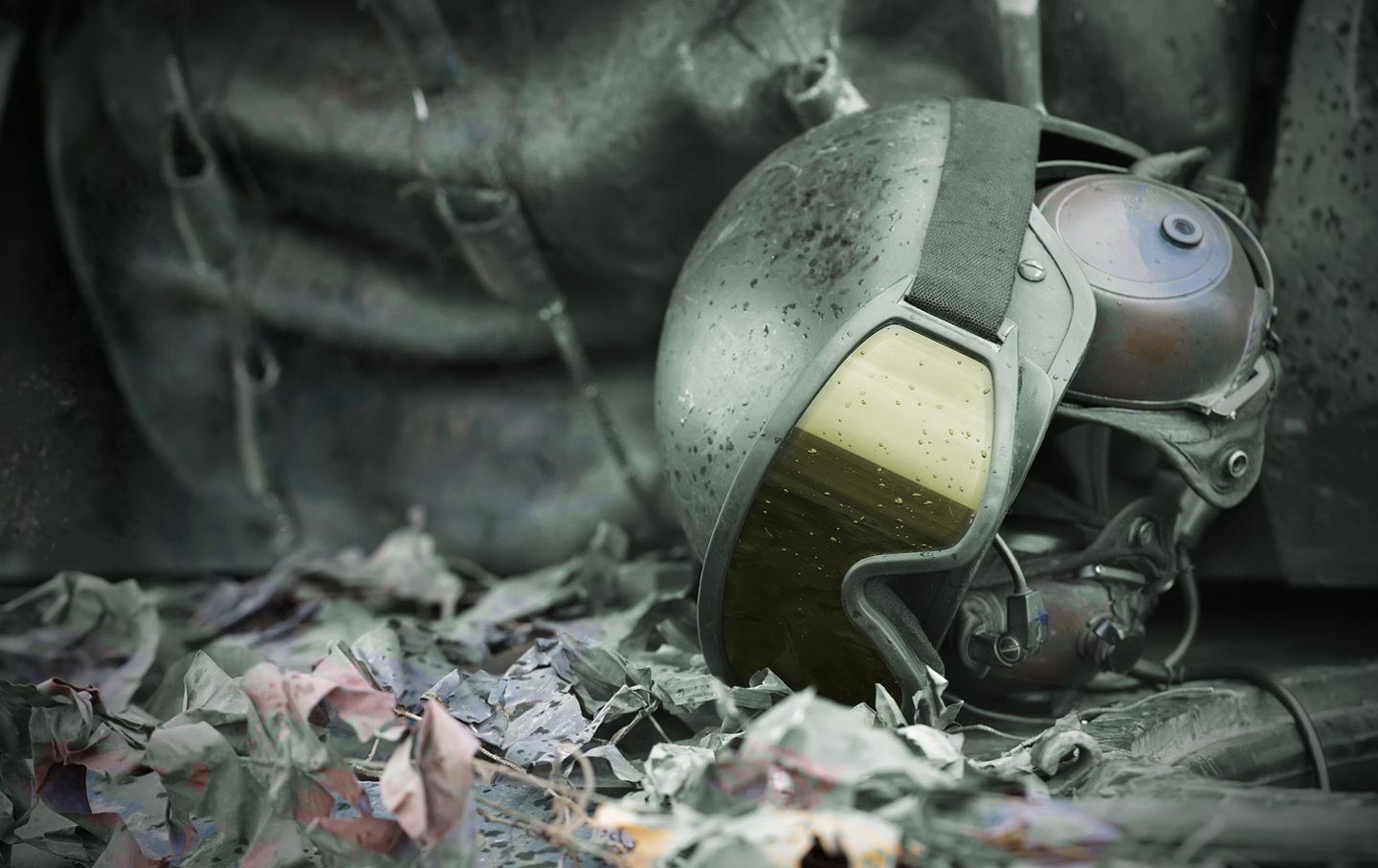 For almost 17 years, the United States has waged a “war on terror” that, by any rational measure, has backfired catastrophically. There is more terrorist activity today than there was when we invaded Afghanistan in 2001. There are more ungoverned areas and failed states creating the vacuums in which violence thrives. And there is now a generation of people for whom “America” is nothing but the enemy dropping bombs on their homes and propping up their corrupt “ruling” governments.1

With such a track record of failure, it’s worth asking: Why has so little changed? Why does our nation keep trying to kill its way to peace? Why do we continue to send American men and women to die in villages that most Americans have never heard of? Why do we spend trillions of dollars paying for these wars? Why do they continue under progressive internationalists like Barack Obama as well as “America First” disrupters like Donald Trump? And why are they backed by legislators spanning the spectrum from liberal Democrats to conservative Republicans?2

You’d be forgiven for thinking that policy-makers are following the will of the people. Surely, the representatives, senators, and presidents who have voted for, funded, and directed this era of US military intervention must be listening to their constituents. Even in our broken, hyperpartisan political system, there must be some voter base driving the relentless pursuit of these failed policies.3

Yet electoral results and public-opinion polling make it clear that this assumption couldn’t be further from the truth. The American public is tired of the failures of our militarized foreign policy, eager to support candidates promising a new path, and supportive of dramatic shifts in our national-security priorities.4

Let’s start with the elections. During the last three presidential campaigns, Americans turned to the candidate promising a less interventionist foreign policy. In fact, research that looked into the 2016 election suggested that voter disaffection with our wars in the Middle East was a significant factor in Trump’s victory. Communities that bore the brunt of US combat deaths since 9/11 were more likely to support Trump, who, despite his militaristic turn as president, painted himself as fed up with our foreign interventions. Even after controlling for other factors, the data showed that the casualties from our endless wars helped put Trump in the Oval Office.5

And it’s not just the top of the ticket. Earlier this year, my team at Win Without War took a comprehensive look at what happened to 528 members of Congress who voted for or against the Iraq War. In short, those who tried to stop the war are twice as likely to be in Congress as their pro-war colleagues. Up and down the ballot, voters have rewarded restraint and punished hawkishness.6

We don’t have to speculate why: Current opinion research shows precisely where the American public stands. The Nation recently highlighted new polling demonstrating that Americans prefer the progressive position on national security (less spending on the Pentagon, fewer nuclear weapons, fewer foreign arms sales, etc.) by as much as a three-to-one margin. In fact, while Trump and the Republicans recently pushed through an $80 billion increase for the Pentagon, voters said they would have cut the Pentagon’s budget by $41 billion.7

The more you look, the clearer the picture becomes of what Americans want for their foreign policy. In analyzing the polling data from YouGov, we found remarkably stable support for diplomacy with North Korea. Last summer, at the height of Trump’s talk of “fire and fury,” Americans supported direct talks between the two nations by 71 to 13 percent—a 58 percent margin. Today, with those talks happening, Americans support  diplomacy by 70 to 11 percent—a 59 percent margin. That commitment to diplomacy held true regardless of party, age, gender, or any other available metric.8

And just days before Trump pulled us out of the Iran nuclear deal, a poll found support for the accord at a record high. The day after Trump made his decision, another poll found that nearly two-thirds of Americans believed the country should remain part of the deal.9

Will the Foreign-Policy Establishment Learn From Trump’s Election Victory?

It’s not hard to see what’s happening here. Since at least 2001, politicians, pundits, and policy “experts” have told Americans that, in order to keep the country safe, we had to go to war and spend whatever it takes. Yet after all the massive human costs, trillions of dollars squandered, and empty promises of “mission accomplished,” the wars go on. What has changed is that Americans aren’t buying the sales pitch any longer.10

But despite this overwhelming consensus for change, the status quo endures. Change will only come when we stop accepting leaders who refuse to stand with the majority of Americans. Already, we can see the beginnings of a new foreign policy, as leaders in Congress like Senators Bernie Sanders (I-VT) and Chris Murphy (D-CT), and Representatives Ro Khanna (D-CA) and Barbara Lee (D-CA), demand an end to our disastrous war in Yemen and champion diplomacy with North Korea. Now it’s up to us to turn these ripples of progress into a tsunami of change. The good news is that the American public is already with us.11