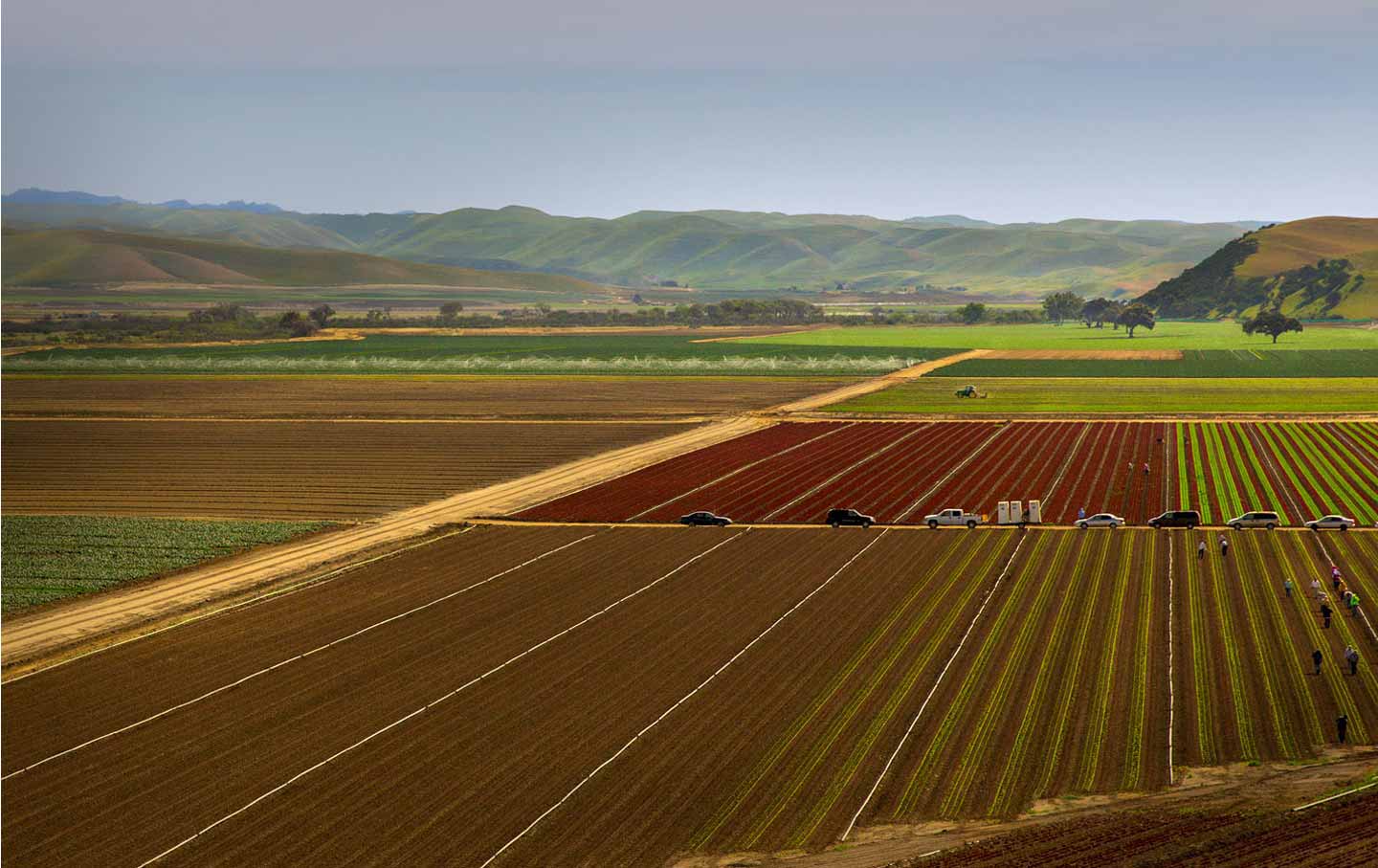 California officials have long touted their pesticide regulations as the toughest in the nation. But a new report from the University of California, Los Angeles, reveals a major flaw in the state’s approach to evaluating safety, one that has broad implications for the way pesticides are regulated nationally: Regulators assess pesticide safety one product at a time, but growers often apply pesticides as mixtures. That’s a serious problem, the authors argue, because pesticide interactions can ratchet up toxic effects, greatly enhancing the risk of cancer and other serious health conditions.

“The federal EPA and California Department of Pesticide Regulation (DPR) have not adequately dealt with interactive effects,” says John Froines, a report coauthor and a chemist with decades of experience assessing health risks of toxic chemicals as a scientist and regulator. “People are exposed to a large number of chemicals. You can’t simply look chemical by chemical to adequately address the toxicity of these compounds.”

Fields of Toxic Pesticides Surround the Schools of Ventura County—Are They Poisoning the Students?

Fumigants, used to combat a range of pests and diseases, are among the most toxic chemicals used in agriculture. They are a staple of high-value crops like tomatoes and strawberries. Studies in humans and animals have linked them to acute respiratory and skin damage and serious chronic health problems, including cancer and neurological and reproductive disorders.

To get around the state’s failure to collect data on cumulative exposures to these fumigants, Froines and his colleagues drew on what’s known about the chemical and biological properties of three of the most heavily used fumigants in California: chloropicrin, Telone (the trade name for 1,3-dichloropropene), and metam sodium.

Individual fumigants are highly reactive chemicals that damage DNA and interfere with proteins that perform critical cell functions. Acting together, these effects multiply. So even pesticides that don’t cause cancer on their own might do so together by interfering with or overwhelming the body’s ability to clear toxic substances, or harming DNA and then blocking mechanisms to repair it.

These interactive effects would not be detected in studies of individual pesticides.

Pesticide regulators are aware of the report, says California DPR spokesperson Charlotte Fadipe, but adds that the agency rarely comments on such studies because “the information often lacks the extensive rigorous science for a regulatory department to make regulations.” What’s more, she notes, “DPR has the most protective and robust pesticide program in the country.”

Froines, who served as director of the Office of Toxic Substances at the Occupational Safety and Health Administration under President Jimmy Carter and has led several scientific review panels at the state’s request to assess chemical toxicity, has revealed flaws in pesticide regulations before. In 2010, he headed a California scientific review panel that deemed chloropicrin—one of the fumigants studied in the current report—a “potent carcinogen.” State officials ignored the panel’s advice and decided the evidence was ambiguous. The same year, he chaired another review panel that called the fumigant methyl iodide a “highly toxic chemical” that poses a serious threat to public health. This time, manufacturers withdrew the product from the market.

With few restrictions on combining pesticides, growers often use multiple-chemical formulations or apply different fumigants to adjoining fields or in close succession. That exposes people who live, work, and go to school near these fields to several fumigants at once, despite growing evidence that these chemical concoctions pose even greater health risks.

As reported by the Food & Environment Reporting Network and The Nation last April, residents of Oxnard, a strawberry-growing stronghold in Southern California where most residents are Latino, had worried for years about the risks of heavy exposure to fumigants.

Rio Mesa High School students were twice as likely as white kids to go to schools near heavy fumigant use. And though regulators admitted as much in addressing a complaint filed by several parents, they did little to restrict fumigant use near schools. In fact, the year after EPA officials dismissed the families’ complaint, growers dramatically increased their use of toxic fumigants around Rio Mesa.

Less than a month after the Nation story ran, the Department of Pesticide Regulation announced it would revisit restrictions on pesticide use near schools after seeking public input through statewide workshops. Officials promised to deliver new rules last December, then pushed back the date, saying they hadn’t reviewed all the public comments. DPR spokesperson Fadipe says they’re still working on draft regulations but can’t say for sure when they’ll issue the draft rules.

The UCLA report shows that going to school at Rio Mesa still poses a health risk. The authors used standard EPA air dispersion models and pesticide use data collected by state regulators to simulate likely fumigant dispersion patterns around the school. They chose Rio Mesa in part because an on-site air monitor shows that fumigants are escaping into the air. As expected, their modeling results show that overlapping exposures occur at Rio Mesa—two years after EPA dismissed community concerns—and at other locations, including schools and daycare centers.

Pesticide interactions can ratchet up toxic effects, greatly enhancing the risk of cancer and other serious health conditions.

These results underscore the importance of establishing no-spray zones around schools and other sensitive sites as soon as possible, activists say.

“This new report on fumigants is a stark reminder that regulatory agencies have largely failed to regulate toxic chemicals,” says Bruce Lanphear, professor of health sciences at Simon Fraser University and an expert on the impacts of toxic exposures on the developing brain who was not involved in the report. “We are all exposed to a cocktail of dozens, if not hundreds of chemicals, which can have similar detoxification mechanisms and modes of action.”

Regulators must consider synergistic effects of pesticides in risk assessments, the authors say. They contend that a California law requires state agencies to consider cumulative impacts and that interactive effects from pesticides fall under that law. They urge state officials to make several changes to pesticide regulations to uphold their mission to protect public health.

This story was produced by the Food & Environment Reporting Network, an independent nonprofit news organization.