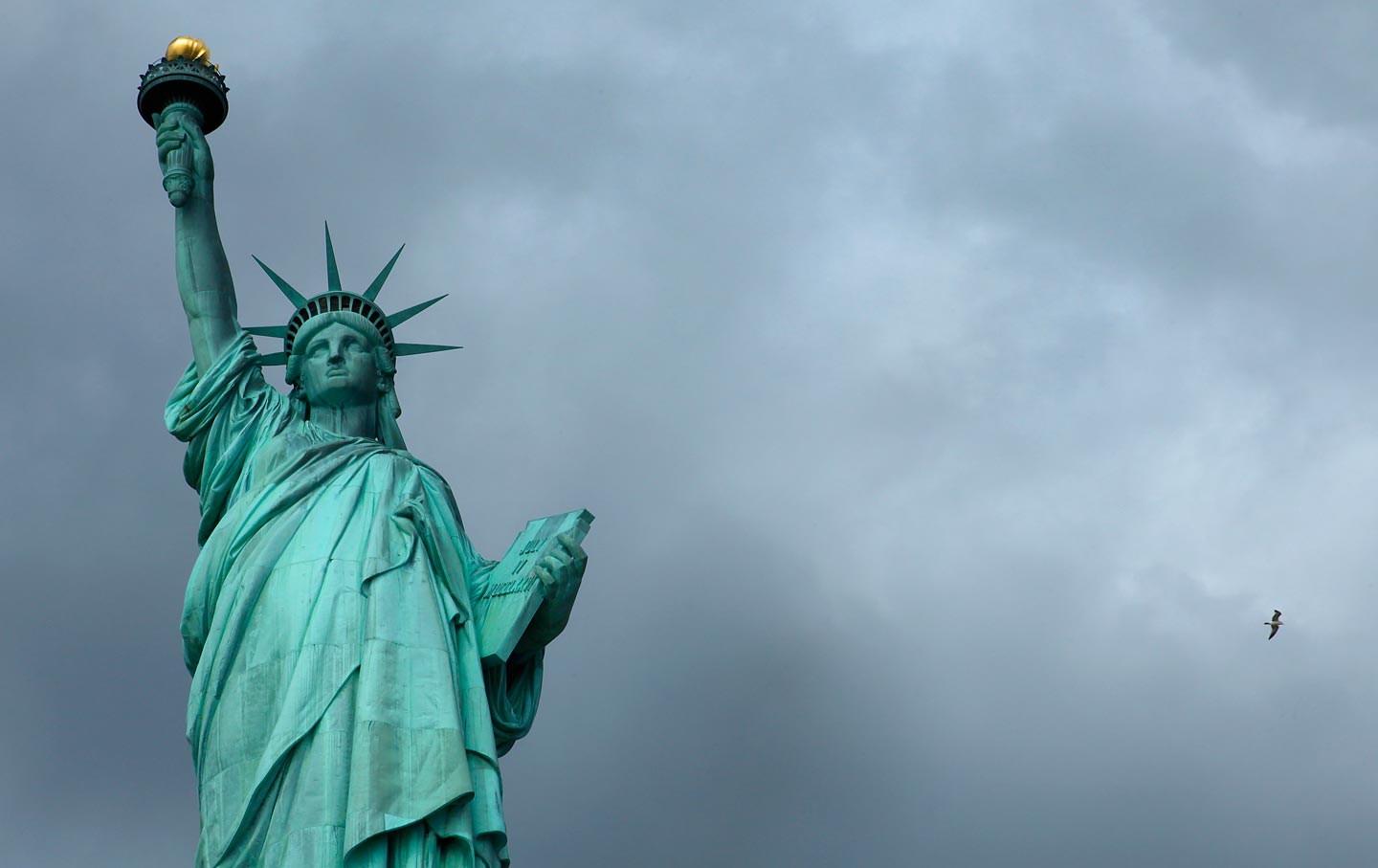 The partition of India in 1947 created some 12 million refugees. My parents and grandparents were among them. They were part of a mass, and bloody, migration in which people lost their homes, family members, and dignity. Like the Syrian refugees of today, they’d have preferred to stay in the cities in which they were born, to hold on to their family homes, and to avoid the possibility of rape, disease, or death—all dangers of crossing borders.

Less than a week after the attacks in Paris, the House of Representatives voted to pass a bill that would make it virtually impossible for any Syrian or Iraqi refugees to enter the United States and start a path similar to my parents’ journey in 1947. They, too, were caught in a struggle rooted in religious differences and colonialism.

What I know of the partition of India comes from reading books, or coaxing one small detail at a time out of my parents, who belong to a community of Indians called Sindhis. My mother was 3 years old when she became a refugee, my father 5, and yes, they were young. But their voices still break with loss and longing when I attempt to glean any information about those years.

My father’s family—Sindhi Hindus—exchanged their home in Karachi for a flat in Mumbai that was owned by a Sindhi Muslim. My mother and her family members fled their home in Hyderabad, leaving her father behind, in boats crammed with other Hindus. They all feared what lay ahead for them if they remained in a country billed as an “independent Muslim state.” Karachi and Hyderabad were in pre-partition India. But by today’s geography, my parents’ birthplace is Pakistan.

An Open Letter to Congress: Do Not Cede to Fear

Nearly 20 years after moving to different parts of India, my parents met, married, and in 1971, moved to Belize, then a colony of England. Ten years later, the country gained independence. Residents were able to keep their British passport or choose to get a new Belizean one. My parents opted for the latter. Over time, their retail business in the small Central American nation generated resources to send their children to school in the United States. The risks they took, the welcome they received in their new homelands, and the sacrifices they made painstakingly set in motion my American story.

To move from Belize, I had to prove I could afford my US education. That meant hours of waiting in line at the American embassy in Belize, showing bank statements, proving family ties, and being humiliated by a visa officer. These officers are generally junior State Department employees who are too often inflated with power from sitting behind bulletproof glass and barking questions at cowering would-be immigrants and students. In America, the political discussion can make it seem like visas are being given away in the villages of India and the towns of Colombia. But when you are abroad, getting an American visa is rare—like winning the lottery.

After I completed graduate studies in New York City in 1987, I wanted to stay. But first, I had to get a job. And for that job, I paid for my own lawyer, who ran ads to be sure no American was qualified for that position. Apparently, none was. So for $18,000 a year, I worked in a literary agency. When the secretary called out sick, I, the only other woman and person of color, was asked to sit in the front and answer phones. I had rent to pay, and my visa was tied to my employer. So I spent the day cheerfully greeting visitors and directing calls to my colleagues. My immigration stories could take up pages, but the short version ends in me becoming an American citizen in December 2000, 16 years after getting my student visa.

My timing was impeccable. Nine months later, on September 11, 2001, my hometown of New York City was attacked. Before I could catch my breath, men who looked like my father, brothers, uncles became the victims du jour—of profiling, of harassment, and of deportation. Until August 2000, I had been leading South Asian Youth Action, a nonprofit working with young people who traced their heritage to the Indian subcontinent. After the attacks, the lives of my work family and my birth family were suddenly intertwined. Calls and e-mails came, from relatives fearing deportation, from youth being harassed at school.

In an odd twist of personal fate, I—the child of refugees from South Asia—was appointed commissioner of the city’s Office of Immigrant Affairs in 2002. The calls and e-mails increased, now that I was not just a knowledgeable American but an arm of American government. Everyone I knew had an immigration issue, and they thought I could solve it. Often, the problems were simple, a gentle nudge from my office to move bureaucracy along, or to dig up paperwork buried in a leaning tower of files.

Since the Paris attacks, I have been agitated by memories of my community after September 11. I am concerned about my brown-skinned cousins, my bearded husband, my turbaned uncles. I remember the stories of the young people I worked with, whose families are still separated by deportation. I worry about my father, whose passport says he was born in Pakistan and is filled with stamps from his visits to Indonesia and Morocco. In 2002, all three countries appeared on a list issued by the Department of Homeland Security, which mandated that male visitors over the age of 16 from 25 countries register at immigration offices. That program, called Special Registration, has since been suspended, but once again, prominent leaders are calling for similar programs to target Muslim Americans.

I have now held the passports of three countries, including the United States. My daughter’s heritage is as complex as mine, even though she has been an American since birth.

In 2006, my husband and I were working in England when our daughter was born. She wasn’t eligible for British citizenship, because neither of her parents were British citizens or residents. Only then did it occur to me to ask my mother why they had decided against a British passport, back at the time of Belize’s independence. “We were scared of what happened in Uganda [from which Idi Amin expelled Indians in the 1970s], and didn’t want to get thrown out of the country.” They had already lost their childhood home, and didn’t want to lose their adult one.

Like them, I am determined to hold on to the nationality I struggled to obtain. I am always thankful to be American, but I am not always proud of our country’s behavior.

The 289 Congress Members who voted for more rigorous screening of refugees are acting against the American values of liberty, justice and diversity. They should be ashamed of themselves. This moment is reminiscent of others in our country’s history, the months following September 11, when Arab, Muslim and South Asian Americans became the canvas onto which we projected fear and hatred; or 1942, when we interned and deported Japanese Americans; or 1939, when we refused to accept Jewish refugees. Always the same thing: one group unfairly and irrationally targeted. It’s nothing to be proud of, and history always proves us wrong.