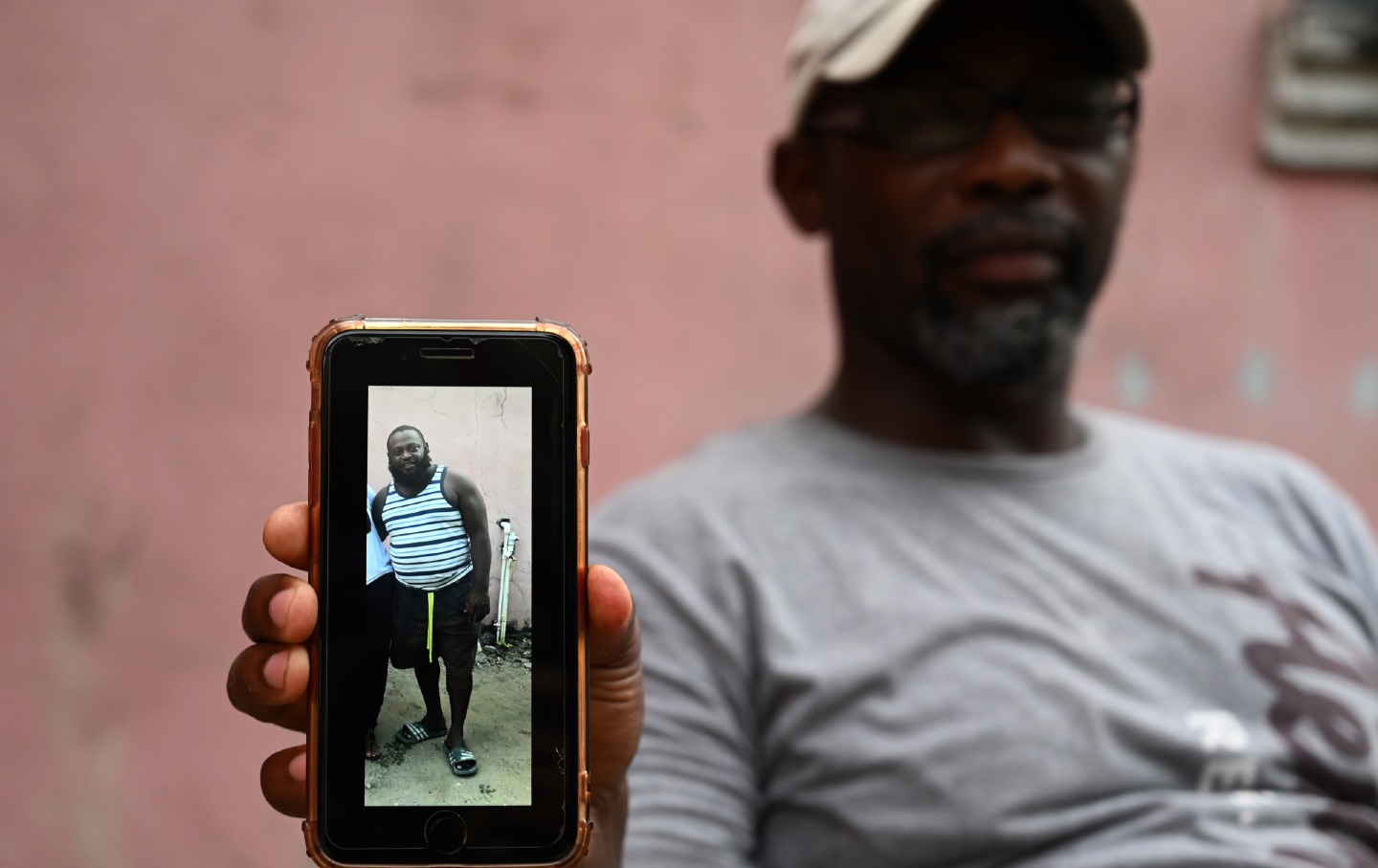 It’s been nearly 50 days since five Garífuna leaders were abducted in their homes in Triunfo de la Cruz, on Honduras’s Caribbean coast. On July 18 at 5:30 am, men wearing police uniforms kidnapped the five leaders after forcefully invading their homes, breaking windows, tampering with locks, and forcing the Garífuna men—Alberth Centeno, Milton Martínez, Suami Mejía, Gerardo Róchez, and Junior Mejía—out of their homes. They have not been seen since.

The men were kidnapped on a Saturday during which the State of Honduras restricted civilian movement due to Covid-19, allowing only state officials, authorities, and health workers to move freely. Relatives of the disappeared leaders claim that heavily armed men with bulletproof vests arrived in pick-up trucks and wearing police uniforms, sowing fear in the community. They first arrived at the home of Alberth Centeno’s father and physically harassed him, demanding that he lead them to his son’s house, where they pulled Centeno out of his bed. They then proceeded to go to the houses of the other Garífuna leaders, smashing doors and windows and physically assaulting relatives who attempted to stop the kidnappings.

Alberth Centeno, 27, is the president of the Triunfo de la Cruz community board and also a member of the Honduran Black Fraternal Organization (OFRENEH). He campaigned for Honduras to fulfill a 2015 ruling by the Inter-American Court on Human Rights (IACHR) that ruled that the government had violated collective ownership rights after it sold Garífuna land to developers without consultation. The judgment demanded that the government compensate the Garífuna community for the territory that had been taken over by foreigners and companies for tourist projects. As of present day, the ruling has yet to be met.

“The Honduran state is creating as many obstacles as possible to avoid complying with the IACHR judgment,” says Naama López, a Honduran lawyer and human rights activist. “The deaths and forced disappearances of these leaders are the most drastic measures used to stop Garífuna organizing so they can eventually hand their territories over to transnational capital.”

Our Garífuna ancestors arrived in Honduras in 1797 and have been present in the region for the 223 years since. In the 1800s we created 46 Garífuna communities, mostly locating ourselves in the country’s northern coastal area, where we maintain our cultural wealth. For the past 20 years, the Honduran government has sold our ancestral lands to wealthy investors by threatening the Garífuna people to abandon our lands and then selling them under the pretext that they are not inhabited. Our land is sold for economic purposes: for the construction of megaprojects, to lure investors through cities known as ZEDES, and to clear land for African palm plantations, which damage the environment and threaten our health. Through capitalism and state-sanctioned violence, the government is erasing the cultural and identity richness that the Garífuna people bring to Honduras.

The racist and corrupt Honduran state has denied the Garífuna people opportunities and as a result of all the crimes that have been committed against us, we have been forced to migrate to seek a better life for ourselves and our children. Those who have stayed to defend our rights, such as Centeno, have put their lives on the line. In 2019 alone, 17 Garífuna activists were violently murdered.

“There’s been an escalation of violent actions against the leaders who defend these territories since 2015,” says Rony Castillo, a Garífuna scholar and activist. “There is a deep concern, mainly about the violent deaths and the extermination of the inhabitants of the Garífuna communities without any follow up from the authorities.”

After nearly two months since the kidnapping of our Garífuna brothers there has been no news of their whereabouts, and a tense atmosphere has taken over Triunfo de la Cruz. Several Garífuna communities across Honduras have protested, demanding the return of the same safe and sound under the banners declaring, “If they were taken alive, we want them back alive.” In the weeks since there have also been demonstrations in Tegucigalpa and San Pedro Sula, as well as protests abroad in the United States and Italy. In Honduras, more protests are planned to take place on Friday September 4 and September 15, the country’s independence day.

On July 24, Erika Guevara, Amnesty International’s Americas director, penned an open letter to President Juan Orlando Hernández demanding an immediate response to the kidnapping of the five Garífuna leaders. In addition, the Inter-American Court of Human Rights issued an order in early August demanding a report on the whereabouts of the 5 kidnapped Garífuna leaders and stating that Honduras must adopt necessary security measures for at-risk Garífuna members by August 24. The date has passed without appropriate government action. The UN Committee on Enforced Disappearances has also issued a statement demanding an exhaustive search for the disappeared Garífuna leaders.

In Honduras, Miriam Miranda, a human rights advocate and the leader of OFRANEH, has articulated eight demands, including calls for the return of the five men kidnapped on July 18, that the Honduran state comply with the 2015 IACHR ruling, and that the US government stop financing of the corrupt government of Juan Orlando Hernández and its human rights abuses.

“Today, we feel stronger than ever. The Garífuna people have permanently mobilized to defend their autonomy and self-determination,” OFRANEH says in a statement. “We are conscious that the Garífuna cannot exist without our territories and that the day we lose our land we will have lost what keeps our identity alive.”