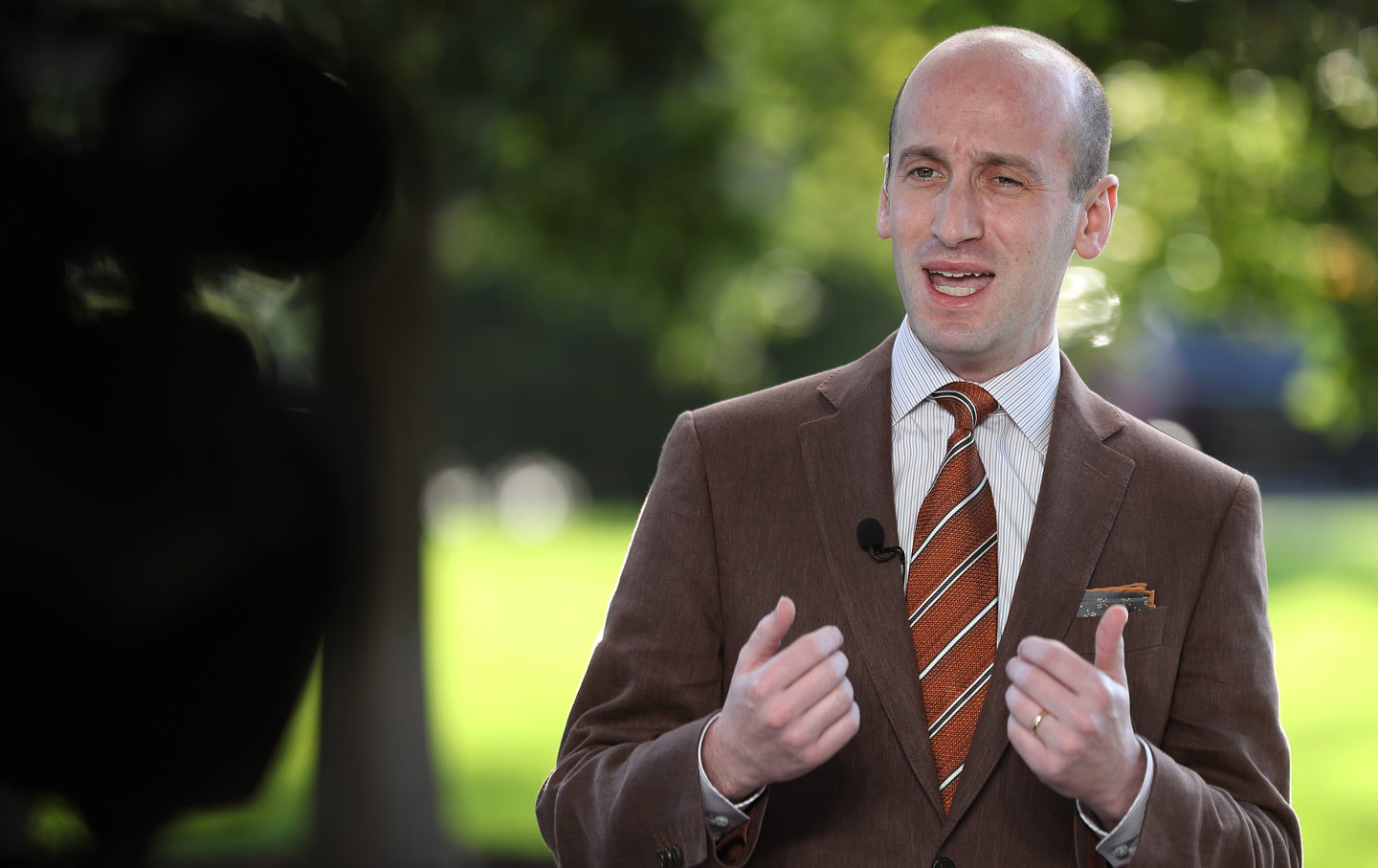 He is continuing his white nationalist campaign through frequent guest appearances on Fox News, hawking the dangerous delusion of anti-white racism. And through his nonprofit, “America First Legal,” he is attacking the Biden administration’s small steps toward building a humane immigration system and a more equitable society, including efforts to diversify schools. President Joe Biden has been reluctant to scale back many of Trump’s white nationalist immigration policies as Republicans attack him in hysteria-inducing language Miller helped normalize, casting Biden as an “open borders” president responsible for an imagined “Third World invasion.”

What Biden’s team must understand is that the radicalized Republican Party is going to use immigration to attack him regardless of what he does. “Bottom line: the less Biden talks about the border, the more the GOP must,” Miller tweeted on April 29. The only way to neutralize this weaponization of immigration and to illuminate the threat of nativists’ war on brown and Black people is not through inaction on the Southwest border or a more intense crackdown (the Obama administration revealed the futility of that strategy), but rather to radically reframe the national conversation about immigration by inverting Miller’s playbook, which I document in my biography Hatemonger: Stephen Miller, Donald Trump and the White Nationalist Agenda.

Opponents of white supremacy, xenophobia, and racism must wrest control of the immigration debate from hatemongers, or else the immigration reform bill in Congress is doomed to fail, Democrats will lose the midterms elections, and white extremism will continue to spread, further endangering people’s lives and democracy. What follows is a handbook for how Biden’s team, lawmakers, journalists, and other public figures can co-opt Miller’s strategies to fight the spread of hate.