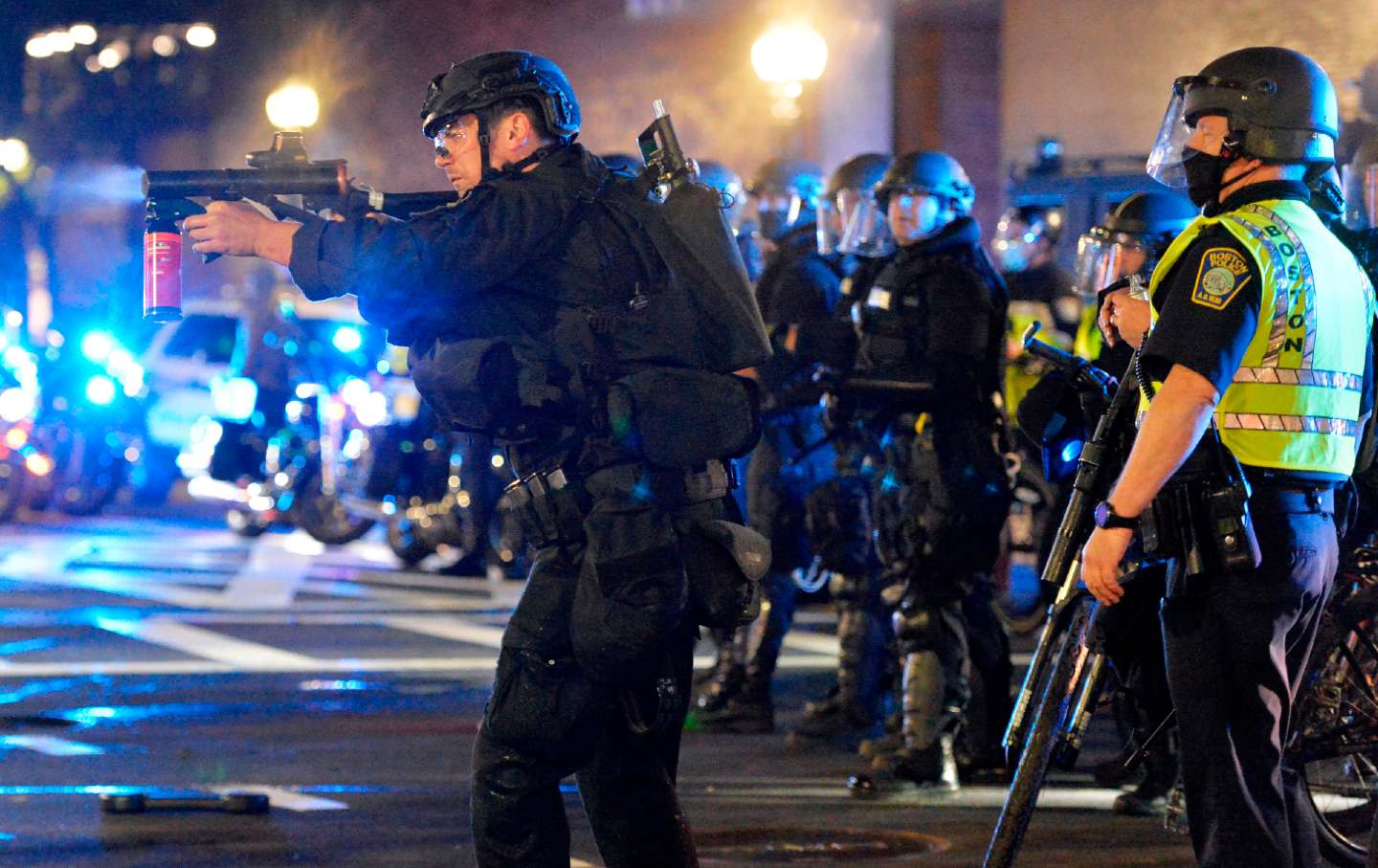 Protesters clash with police after a demonstration over the death of George Floyd. (Joseph Prezioso / AFP via Getty Images)

In times of crisis, historical knowledge at least offers the small consolation of perspective. America’s current time of troubles, with the stress of the pandemic and economic meltdown now being intensified by nationwide protests and riots against police violence, inevitably calls to mind the last time the country was coming apart. The BBC described the protests ignited by the police killing of George Floyd as the “biggest racial clashes since the 1960s.”

Walter Shapiro of The New Republic echoed this comparison, writing, “The parallel on everyone’s lips is 1968—that wrenching year of assassination, riot, racism, war, and the breakdown of the bonds that hold us together as a people.” James Fallows in The Atlantic made the same connection, arguing, “The most traumatic year in modern American history was 1968. But what is now the second-most traumatic year, 2020, still has seven months to run.” Princeton historian Kevin M. Kruse tweeted, “This past week has felt like a replay of Chicago 1968 all across the nation.”

But as these writers are quick to note, comparisons to 1968 have to be made carefully, with an awareness of differences as well as similarities. As in ’68, America is at war, but the conflict in Afghanistan is at a low ebb compared with the Vietnam War at that time. Further, America’s current wars are being fought with a volunteer army, so the issue of a draft incites no protests. Nor is America experiencing anything like the political violence that led to the assassinations of Martin Luther King Jr. and Robert Kennedy.

The real areas of similarity are the protests against police violence and systematic racism. As Kruse rightly observed, the issue has long been embedded in American history. There are records of protests over police brutality against African Americans going back to the 19th century. After the great migration of African Americans to the North in the early 20th century, protests against police violence flared up regularly, as with the 1919 riot in Chicago and the 1943 uprising in Detroit. More recent examples include the 1992 riots in Los Angeles over the beating of Rodney King and the 2014 uprising in Ferguson, Mo., that spurred the rise of the Black Lives Matter movement.

The Perils of Not Prosecuting Trump

Even a Clownish Coup Can Still Hurt Democracy

The frequency of these protests attests not only to the persistence of police racism but also to the underlying alienation of black Americans from their nation’s social contract. As historians like E.P. Thompson and Natalie Zemon Davis have taught us, riots are not outbursts of chaos but highly ritualistic events. Riots occur when the unwritten social contract has been violated, when expected norms are not being obeyed by the powers that be. Race riots in America follow a clear pattern of reaction to police demonstrations of basic contempt for black citizenship.

As in the uprisings of the 1960s, the current protests are being met not just by police repression but also by a counter-riot. While police in some jurisdictions like Camden, N.J., are de-escalating, there are many cases of cops’ going on a rampage and initiating violence. Again, this calls to mind the 1960s—not just the famous police riot in Chicago during the Democratic National Convention but also the police vigilantism in Newark in 1967 after the riot there subsided. As Rick Perlstein notes in his 2008 book Nixonland, the police and National Guard in Newark engaged in “the cold-blooded killing of innocents and the systematic trashing of black-owned businesses.”

Some worry that if 2020 is a reprise of 1968, we could witness Donald Trump winning on the same law-and-order backlash that brought Nixon into the White House. But Shapiro and Fallows rightly call attention to a crucial difference: In 1968, Nixon ran as a challenger who could bring order to a disintegrating country. Trump, by contrast, is presiding over the fraying of America and can thus be plausibly blamed for it, all the more so since he’s been an agent of chaos from the start. 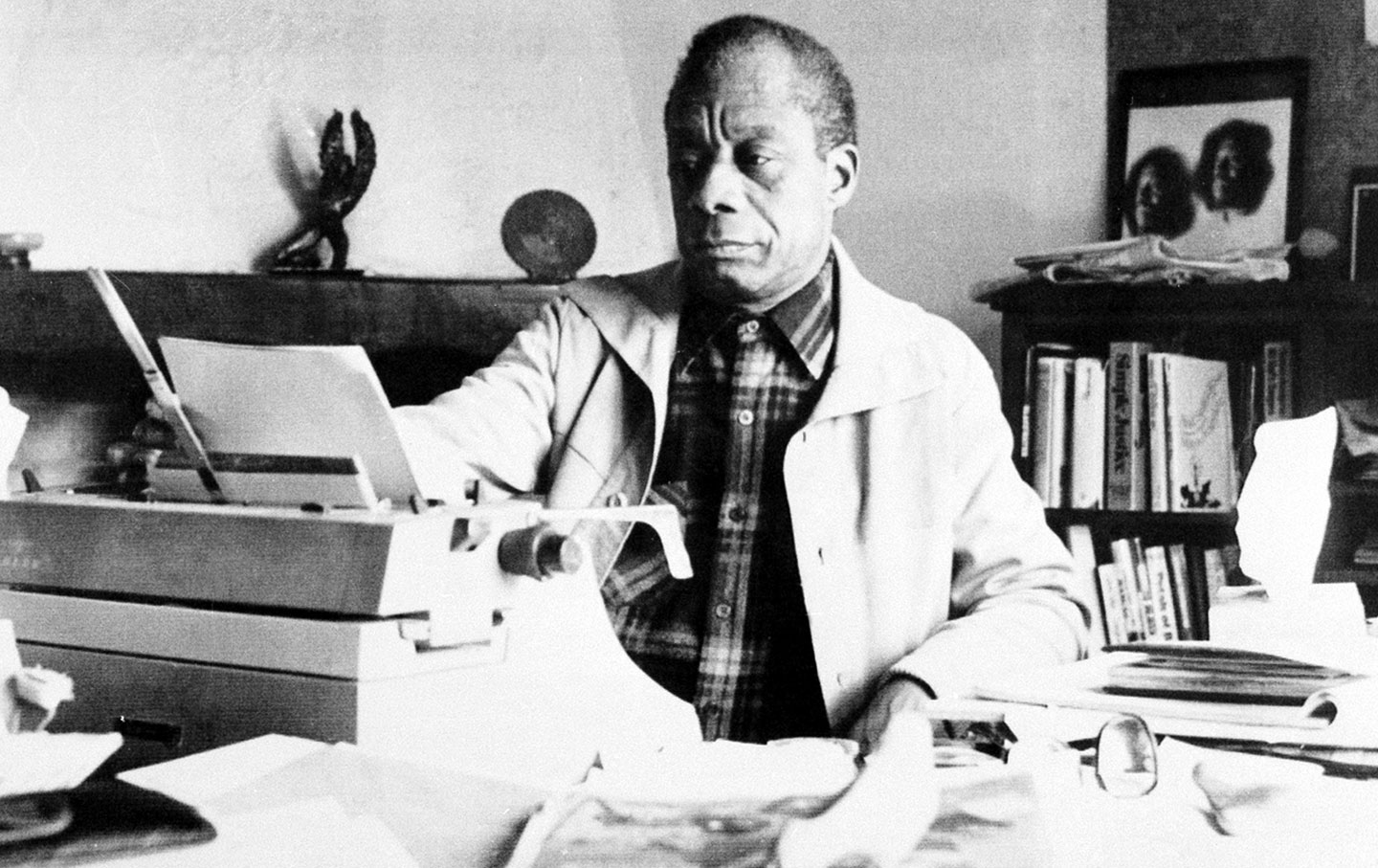 A Report From Occupied Territory

Nixon was devious and unscrupulous, but he made a plausible law-and-order candidate, particularly before the facts of the Watergate scandal were known. He was a man of the system, a former vice president, someone who clearly understood the norms of governance.

Trump, after four years, still has not mastered those rules and in power remains as much a troublemaker as he was when he was an insurgent candidate. Republican campaign strategist Steve Schmidt accurately described Trump’s limits by noting, “Trump lacks the intellectual ability to process what is happening and why. He lacks the mental composition and fortitude to make smart decisions in a crisis. He lacks the moral authority to speak to the nation at a moment of crisis. America is in chaos and without a President.”

There is another way in which 2020 is different from 1968 that might make the political outcome of the two years different. In 1968, white America didn’t stand with African American protests over police violence and racism. This year, things are different.

As New York University historian Thomas Sugrue observed, “The crowds on big city streets today are far more racially diverse today than in 60s. Yes, there were white looters during the long hot summers, but this weekend’s crowds are far more mixed racially than could be imagined fifty years ago.”

These two crucial differences—the fact that a Republican is presiding over the chaos and that the opposition to police violence is racially diverse—open the possibility for a better outcome than in 1968. As in the ’60s, America remains trapped in its legacy of racism. But the emergence of a broader anti-racist coalition during a legitimacy crisis creates a path forward not just to defeat Trump but also to finally overcome the racism that created Trump.