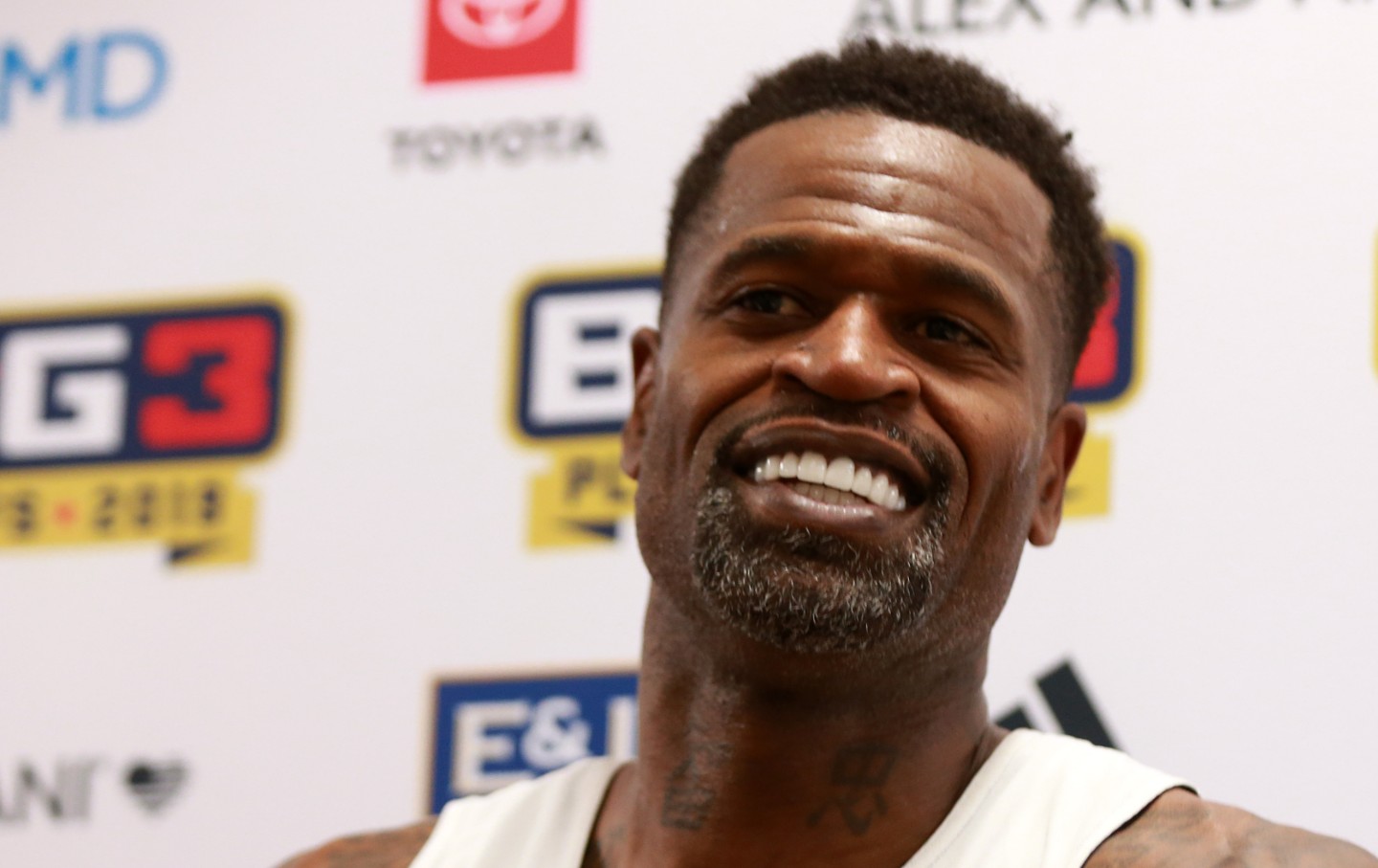 I’ve waited a week to write about this, a lifetime in our sports-hot-take universe. But I wanted my feelings as a Jewish writer to settle, in order to achieve some kind of clarity amid an altogether ugly situation.

I’m speaking about the anti-Semitic post by the Philadelphia Eagles’ DeSean Jackson and the defense of DeSean Jackson by former NBA player and now anti-racist protest leader Stephen Jackson. DeSean Jackson posted a fake quote incorrectly attributed to Adolf Hitler stating that white Jews “will blackmail America. [They] will extort America, their plan for world domination won’t work if the Negroes know who they were.”

DeSean Jackson has since been suspended from his team, has apologized numerous times, and is even planning a trip to Auschwitz to learn more about the issue. Teammates and other athletes were at first very quiet in their responses, with the notable exception of Turkish basketball player Enes Kanter, who called for people to “stand against all kinds of discrimination.”

Then the quiet was broken by Stephen Jackson, who defended DeSean Jackson by posting:

The next day, Stephen Jackson added, “You know who the Rothschilds are? They own all the banks…. I haven’t said one thing that’s untrue yet.”

The NCAA Finally Faces a Reckoning

Michael Bennett Thinks the NFL Is Starting to Wake Up

This was so disheartening. Stephen Jackson has been a leader in the struggle since George Floyd’s murder. He and Floyd were close friends. I didn’t want Stephen Jackson to say these things. It cut deeply, partly because I knew that the response would be nothing constructive.

The silence from some quarters and then the unprincipled outrage from others was both predictable and depressing. To be clear, anti-Semitism has no place in any movement for liberation. It’s “the socialism of fools,” and has been so for centuries. Used effectively by people ranging from the czars of feudal Russia to Henry Ford to Donald Trump and the modern right wing, with its incoherent ramblings about “New York values” and George Soros, anti-Semitic tropes are a tired way to divide and conquer movements as well as to divert focus from the crimes of the rich and powerful.

It was disheartening to see so few people in the struggle condemn anti-Semitism as a point of principle. These comments, coupled with recent posts by celebrity Nick Cannon, led Kareem Abdul Jabbar to write a column decrying the apathy in the face of these comments called, “Where Is the Outrage Over Anti-Semitism in Sports and Hollywood?”

And yet, given the tenor of the media response to both DeSean and Stephen Jackson, it’s also understandable why they chose to not pile on. Right-wing sports pundits—a growing industry rooted in white grievance and poor writing—savaged them. Commentators who criticized NASCAR for taking down the Confederate flag and the Washington football team for saying that it would change its racist name all of a sudden had all kinds of energy to—for the first time in their lives—condemn anti-Semitism. (Forgive me if I don’t want to link or give free publicity to their racist-outrage porn.) In the process, they trashed and dismissed an entire movement for racial equity.

The Malcolm Jenkins example is constructive. The Eagle who has for years been politically active against our racist system of criminal justice stepped into the breach and said:

All of this back and forth that’s going on right now is a distraction. Comments were made, and they were wrong. Allow those who were impacted by it to voice their grievances. But we’ve got to stay focused. Because Breonna Taylor’s killers are still not arrested. We’re still fighting for justice. We’ve got a lot of work to do. And this ain’t it. Stay focused.

I would want to say that as part of a family who lost people in the Holocaust, anytime I see anti-Semitism I’m deeply distressed. But I also know who my enemies are, and it isn’t the Black people who seem to always be singled out for anti-Semitism. We never saw this volcanic energy when someone brought a swastika to a Bernie Sanders rally or when Representative Matt Gaetz brought a Holocaust denier to the State of the Union address or when Donald Trump praises preachers like Robert Jeffress and John Hagee who have damned Jews to hell (Hagee is a particular fan of the Rothschild theory). The outrage machine is always focused on Black people, particularly on whoever knows someone who knows someone who met with Louis Farrakhan.

This entire imbroglio also raises the question of why people turn to conspiracy theories in the first place. This is something that journalists have the obligation to explore, not merely condemn. In a country that is as systematically racist, unequal, and barbaric as the United States—not just in the Trump era, but for generations—people may have reason to feel like there are hidden forces that wield enormous power, that are both hidden and that wreak havoc on their communities. Why wouldn’t people seek theories to explain their own oppression?

The NCAA Finally Faces a Reckoning

The grasping at these theories comes out of frustration that obvious human demands—like having a police force that doesn’t kill Black men and women with impunity—are stymied time and again. It arises from the searing frustration that racist politicians, through a combination of bigotry and voter suppression, continue their grip on power despite representing a minority of the country. This frustration leads people to seek explanations for their apparent powerlessness.

It should be the aim of any left, and any movement worth its salt, to pose alternative solutions when bigotry is put forward as an answer for what ails us. This is not just about anti-Semitism but also about when the Chinese are blamed for Trump’s deadly management of the pandemic, or the demonization of immigrants for stealing jobs. It’s all the same playbook that keeps us from coming together and demanding the change we deserve.

We should be patient to explain what anti-Semitism is, what purpose it serves in such a profoundly unequal and oppressive society, who actually perpetuates it (hint: It’s not Black people), and why it is wrong and must be vociferously resisted.

I still think DeSean and Stephen Jackson have something to offer this struggle. We should have no tolerance for any bigotry in our movements, but I don’t believe in exiling people for comments, as if they don’t have the capacity to learn or change. I don’t believe, as Michael Wilbon said, that Stephen Jackson now “has no credibility” as a “voice for equality.” Movements are not just how we change the world. They are how we change ourselves. Bystanders become participants. Participants become leaders. Backward ideas need to be challenged. And people’s ideas change in the struggle. This is our best hope for a better tomorrow. That hope won’t be found in the writings of cowards and hypocrites ready to pounce on athletes with the aim of burning this movement to the ground and then salting the earth.