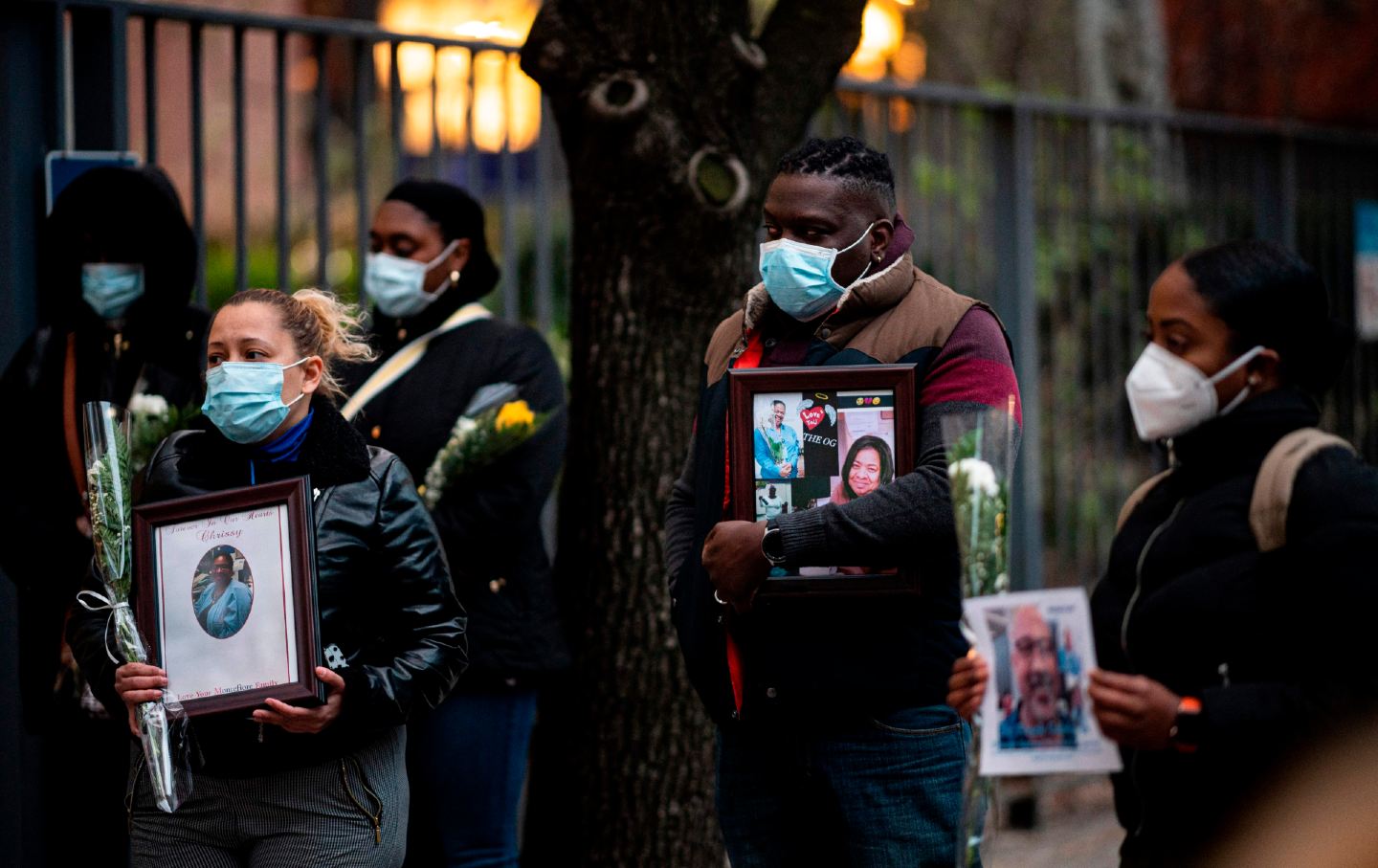 By now it’s clear that the novel coronavirus is no “great equalizer.” Not everyone has work they can do from home or a vacation house to retreat to—let alone paid sick leave. These economic divides became obvious early in the pandemic’s spread, as states issued their stay-at-home orders.

What took longer to emerge is that the pandemic is amplifying a vast racial divide, killing a disproportionate share of people of color across the United States. Deep racialized disparities began to surface in late March as a handful of counties released preliminary counts of infections and deaths. In Wisconsin’s Milwaukee County, all the people who had died as of March 27 were black; in Michigan as of April 2, black residents accounted for 40 percent of Covid-19 deaths, nearly triple their share of the state’s population. Similarly lopsided death or infection rates appeared in a number of cities, including New Orleans, Chicago, and Charlotte, North Carolina.

But getting a clear picture of the extent of racialized disparities across the country has been a struggle because of the failure of the Centers for Disease Control and Prevention and many local and state authorities to release detailed demographic information. On March 30, Senator Elizabeth Warren, Representative Ayanna Pressley, and other Democrats wrote to Health and Human Services Secretary Alex Azar, admonishing his department for the gap in information. “Without demographic data on the race and ethnicity of patients…it will be impossible for practitioners and policy makers to address disparities in health outcomes and inequities in access to testing and treatment as they emerge,” they wrote. “This lack of information will exacerbate existing health disparities and result in the loss of lives in vulnerable communities.” Democrats introduced a bill to require federal health officials to publish racial data regularly; key aspects of that legislation were included in the latest coronavirus relief package.

While the CDC and additional states have begun to release more racial and ethnic data, it remains incomplete. Race is missing or unspecified in nearly 60 percent of the confirmed cases reported by the CDC, and as of this writing, the agency has not released demographic data on Covid-19 testing. Many states are effectively erasing Native Americans from their data sets by classifying them as “other,” despite the fact that the states tracking that demographic, such as Arizona and New Mexico, have found severely disparate rates of infection or death.

How Long Will It Take Until There’s a Vaccine?

Here’s some of we do know, based on an analysis by APM Research Lab, which compiled data from the 35 states (and the District of Columbia) that are now reporting racial demographics for Covid-19 deaths. As of April 28, black Americans are dying at 2.7 times the rate for whites, or 26 deaths per 100,000 people. According to APM, “Black Americans are dying at elevated rates, relative to their population, in 28 of the 36 jurisdictions.” In New York the mortality rate among black residents is 138.9 per 100,000. Latino residents in New York also have shockingly high mortality rates. In DC, Michigan, and South Carolina, the gap between blacks’ population share and percentage of deaths is more than 30 points.

This crisis within a crisis is at once urgent and predictable. Historically, disasters—from the 1918 flu pandemic to Hurricane Katrina—tend to magnify inequality rather than level it. Covid-19 is retracing patterns of disease and death long documented by public health experts, who have found that black Americans are more likely than whites to suffer from a variety of illnesses and chronic conditions—such as diabetes and hypertension, common comorbidities in Covid-19 hospitalizations—and to die prematurely. While some treat these disparities as a mystery (“Why is it that the African American community is so much, you know, numerous times more [likely to die] than everybody else?… It doesn’t make sense,” President Trump said recently), there’s a robust body of research indicating that systemic racism and its related stress exact a physical toll that compounds over a lifetime. In the case of Covid-19, these underlying inequities are reinforcing more immediate factors (such as the fact that Black and Hispanic workers are less likely to be able to stay home) that increase exposure to the virus and limit access to care, including testing, which early analyses show has been more accessible in wealthier, whiter communities.

Missing or incomplete data remains a pressing concern because data often determines the allocation of money and other resources. In the early stages of the pandemic, the turmoil at hospitals may have contributed to some of the gaps, as did testing by commercial labs that sometimes withheld information. Another factor was the deep cuts made to state and local public health departments after the 2008 recession. Now a coalition of civil right and health equity groups called We Must Count is calling on the federal government to coordinate and provide funding for more detailed data collection and analysis.

But data does not solve problems on its own. During a recent webinar organized by Data & Society, writer Kenyon Farrow critiqued the tendency for media outlets and others to get stuck on “this spectacle of the disproportionate rates of black people dying” and on “requests for data and not the things we need to do to stop the epidemic,” such as to direct testing and other resources to the communities most at risk. And data doesn’t mean the same thing to everyone: Already, some public figures expressing concern about racialized disparities are stopping short of acknowledging the inequities that underly them, choosing instead to point a finger at individual behavior. (“Avoid alcohol, tobacco, and drugs,” Surgeon General Jerome Adams suggested recently, directing his advice to communities of color.) The pandemic is repeating an old pattern in whom it kills. There’s a real risk that the way we explain the crisis will also perpetuate familiar falsehoods.