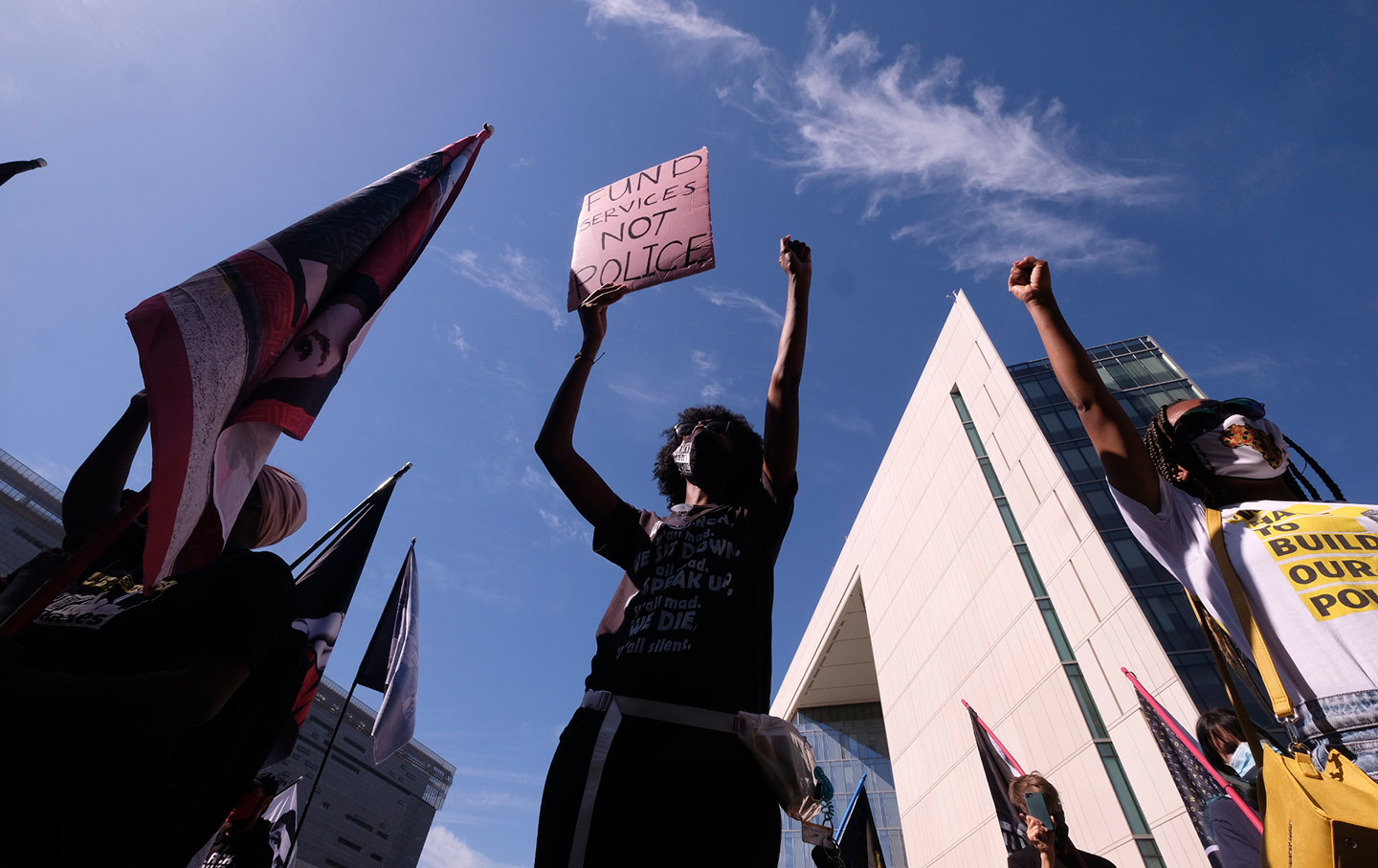 With inevitable regularity, racial injustice and violence lead to moments of national conflict when even white Americans can no longer ignore the issue. And just as inevitably, instead of addressing this country’s pervasive racism and anti-Blackness, white Americans locate the problem somewhere within Black people themselves.

We’re in yet another of those moments, as last summer’s promised “racial reckoning” turns out to be a white lie. Black demands for full citizenship and equality are being treated as entitlement, calls for white racial accountability redefined as white persecution, and anti-racism falsely construed as anti-whiteness. To reestablish unchallenged white dominance, a movement of white resistance, or anti-anti-racism, is working tirelessly to blot out what it sees as a problematic presence—purging Black folks from democracy by stripping voting rights, erasing Black struggle from history by banning the teaching of slavery and its legacy, and prohibiting protest that threatens the white supremacist status quo.

We can be shocked, but certainly not surprised. This nation has a long history of counterbalancing any move toward Black liberation with the insistence that Black existence is better wholly removed or more tightly controlled. In an 1814 missive addressing the prospect of African American emancipation, Thomas Jefferson advocated for Black expatriation to another country, contending that without the yoke of slavery around their necks, African Americans were “pests in society.” Abraham Lincoln, even as he drafted the Emancipation Proclamation in 1862, told a delegation of Black leaders invited to the White House that “your race suffer very greatly…by living among us, while ours suffer from your presence,” and placed the blame for “white men cutting one another’s throats” on Black folks requesting equality, claiming “but for your race among us there could not be war.” Lincoln suggested the solution was for Black people to “sacrifice something of your present comfort” by picking up stakes and relocating abroad, an idea the president would support until days before his assassination.

Many would assert that Jefferson and Lincoln were just white “men of their time,” but even as the times have changed, this pervasive white American attitude has not. The Republican Party has gone all-in on attacking critical race theory, labeling it a “dangerous ideology,” “anti-American,” and “a blatant attempt to change the foundational principles of our nation,” despite the fact that no GOP lawmaker seems to know what CRT is. Conservative legislatures are seeking to ban the teaching of structural racism in 22 states, though CRT itself is already not being taught outside of graduate and law schools. The party has taken a similar approach to the 1619 Project, introducing federal bills to defund the teaching of the curriculum to students in grades K-12. Under the guise of anti-riot measures—and to push the idea that protest for Black lives is inherently violent—over 70 bills that criminalize protest have been proposed around the country, including multiple “hit and kill” laws that would effectively make it legal to run over protesters with a car.

Some of this is cynical political calculation. Conservative propagandist Christopher Rufo admitted in March that his “goal is to have the public read something crazy in the newspaper and immediately think ‘critical race theory.’ We have decodified the term and will recodify it to annex the entire range of cultural constructions that are unpopular with Americans.” But that strategy works only because it is easy to stoke white fears of status loss in the face of even the most minor Black progress, an outlook that views Black appeals for equality as a kind of racial overreach. The more Black liberation movements are viewed by conservatives as potentially successful, the more vigorous the reactionary effort to shut them down, to demean them as a threat to the country and, more importantly, white feelings. (Note how many of the right-wingers opposing CRT claim it makes children feel bad.) It’s not us, it’s you, in other words.

In California, a Case of Black Land Loss Is Finally Being Made Right

In 1961, as white parents raged against integration, James Baldwin addressed what motivated their anger: “They do not really know what it is they are afraid of, but they know they are afraid of something, and they are so frightened that they are nearly out of their minds…. We would never, never allow Negroes to starve, to grow bitter, and to die in ghettos all over the country if we were not driven by some nameless fear that has nothing to do with Negroes.”

And here we are again. I noted last September that white support for Black Lives Matter, which surged immediately after George Floyd’s murder, had already fallen precipitously less than two months later. A recent New York Times investigation finds that a year later, “Republicans and white people have actually become less supportive of Black Lives Matter than they were before the death of George Floyd—a trend that seems unlikely to reverse anytime soon.” In tandem with that drop-off in support, there’s been a rise in “tough on crime” sentiment, a reaction to the defund-the-police messaging that gained traction last summer. Never mind that crime is down overall and that the 2020 increases in homicides occurred not only in cities that trimmed police funds—always by tiny amounts that fall far from actual defunding—but also in those that made no cuts to police budgets or poured yet more money into law enforcement.

And thus, for an awful lot of white Americans, the complications of racism would be solved if Black people would stop complaining about it. If only we’d all just go along to get along, things would feel a lot better. Nearly 120 years ago, in The Souls of Black Folk, W.E.B. Du Bois addressed the query that is almost never overtly posed to Black folks but is always embedded in the national understanding of race: “How does it feel to be a problem?” It remains the wrong question.