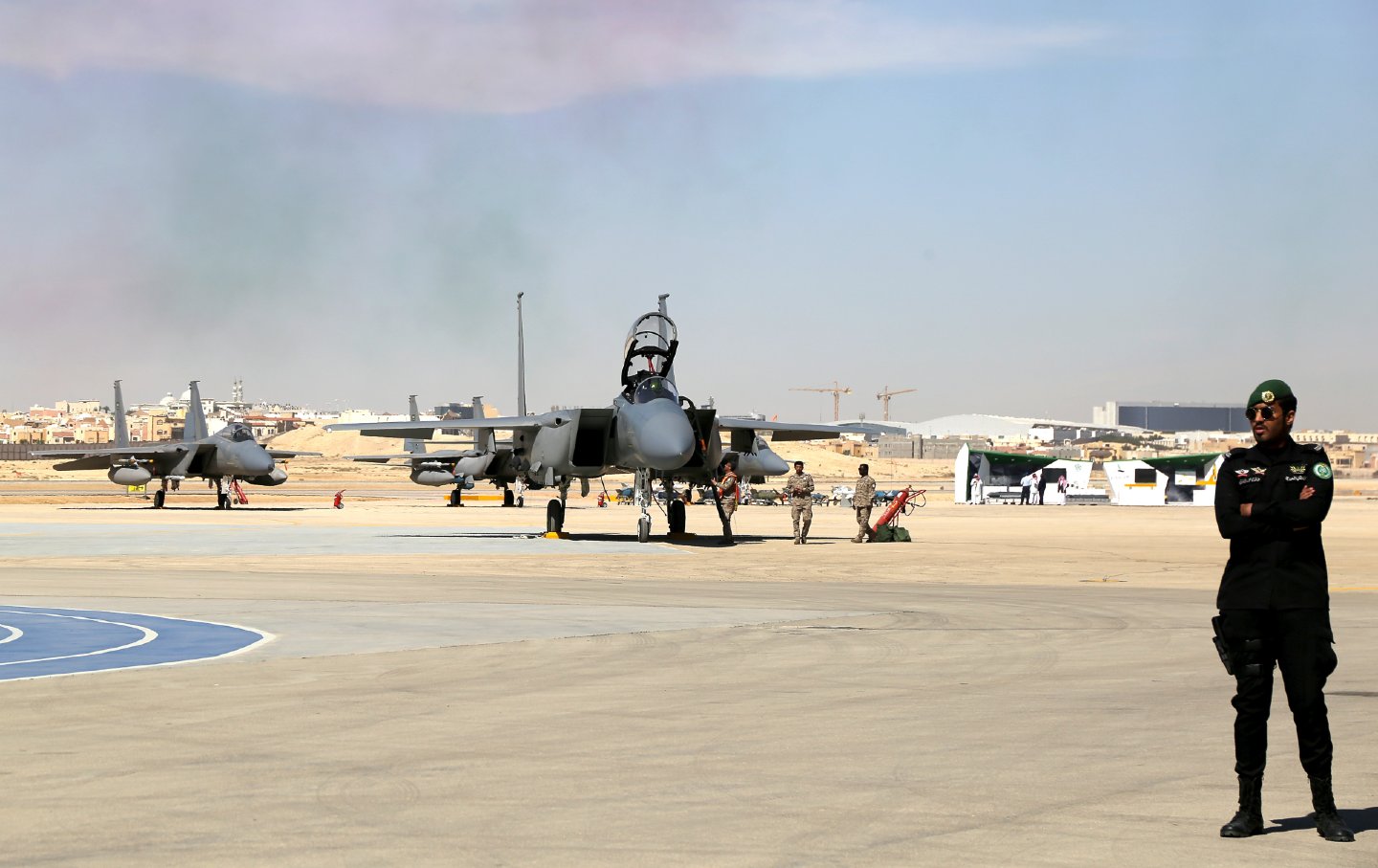 In early February, Joe Biden went to the State Department to give the first foreign policy address of his presidency. His key theme was the need to restore America’s global leadership by adopting a policy of diplomacy first and repairing the damage to US alliances inflicted by Donald Trump. In support of that pledge, Biden recounted a series of steps he has taken already, from extending the New START nuclear arms reduction treaty with Russia to rejoining the Paris climate accord and the World Health Organization. He has also promised to rejoin the Iran nuclear deal.

This piece was adapted from an article on the Center for International Policy blog, The Baraza.

These are all positive moves, but a more effective and progressive foreign policy requires more than just undoing the damage of the Trump years. It means putting the real risks to human security—from the pandemic to climate change to racial and economic injustice—front and center. A good place to start would be reducing the Pentagon’s bloated budget, which at nearly three-quarters of a trillion dollars per year is at one of the highest levels since World War II and accounts for well over half of the government’s discretionary budget. Biden has been silent on this point, but he will need to address it if he wants to make the enduring investments in public health, environmental protection, and fighting poverty and inequality that we urgently need.

Biden’s most encouraging specific announcement was his pledge to end “all American support for offensive operations in the war in Yemen, including relevant arms sales.” (By contrast, Barack Obama supplied Saudi Arabia with tens of billions of dollars’ worth of arms and provided logistical support for its brutal war in Yemen.) Biden also announced the appointment of a special envoy, Timothy Lenderking, to lead US efforts in pressing for an end to that war. Such efforts are long overdue: Nearly 250,000 people have died in Yemen since the war began, according to a December 2020 United Nations report. Millions of Yemenis are on the brink of famine, and the country is uniquely vulnerable to diseases like cholera and Covid-19 because of the destruction of much of its health care infrastructure and the lack of access to clean water and life-saving medicines.

Biden’s policy shift is a victory for human-rights, humanitarian, arms-control, peace, and foreign-policy reform organizations, which have worked closely with groups in Yemen and the Yemeni diaspora, such as Mwatana for Human Rights and the Yemen Relief and Reconstruction Foundation, joined at key moments by congressional leaders like Representative Ro Khanna and Senators Chris Murphy, Mike Lee, and Bernie Sanders. They have worked for years to end US support for the war and to find an inclusive, peaceful resolution to the conflict.

Biden Is Adopting a Militaristic Approach to the Far East

While encouraging, Biden’s announcement raised as many questions as it answered. What constitutes “offensive operations,” and which arms sales are “relevant”? At a minimum, the new policy should block all major arms sales to Saudi Arabia and the United Arab Emirates and prohibit targeting assistance, intelligence sharing, and the maintenance and support of US-supplied weapons systems. Over 80 progressive groups and individuals, led by Win Without War, the Yemeni Alliance Committee, MADRE, and the Center for International Policy, have called on the administration to permanently cancel dozens of arms deals, worth tens of billions of dollars, with the two Persian Gulf monarchies.

Yemen is only the most egregious case of the use of US-supplied weapons to cause civilian harm. Biden’s promise to reverse the negative consequences of US arms and military support should extend beyond Yemen and address the actions of other reckless and authoritarian regimes, such as those in Nigeria, Egypt, Bahrain, and the Philippines.

Biden also pledged in his speech to review the US global military posture. This will offer an opportunity to debate whether Washington really needs 800 overseas military bases, nearly 200,000 troops stationed abroad, scores of global deployments of special forces, and routine drone strikes in areas of conflict. A thorough discussion of the issue—one that involves both the public and Congress—is imperative if we are to give meaning to the goal of “ending endless wars.”

Biden also talked tough about confronting the misdeeds of Russia and China, while acknowledging that we must cooperate with them on issues like arms control and climate change. The administration must act on the fact that the greatest threats to human life can only be addressed through cooperation with rival powers, not confrontation, and must therefore avoid a new Cold War or an arms race with China.

Biden’s speech was a refreshing change from the erratic, transactional approach of the past four years. But there is much that needs to be fleshed out if Washington is really going to set a new course in which diplomacy indeed comes first and we abandon once and for all the militarized approach to foreign affairs that has characterized US policy for so many years.