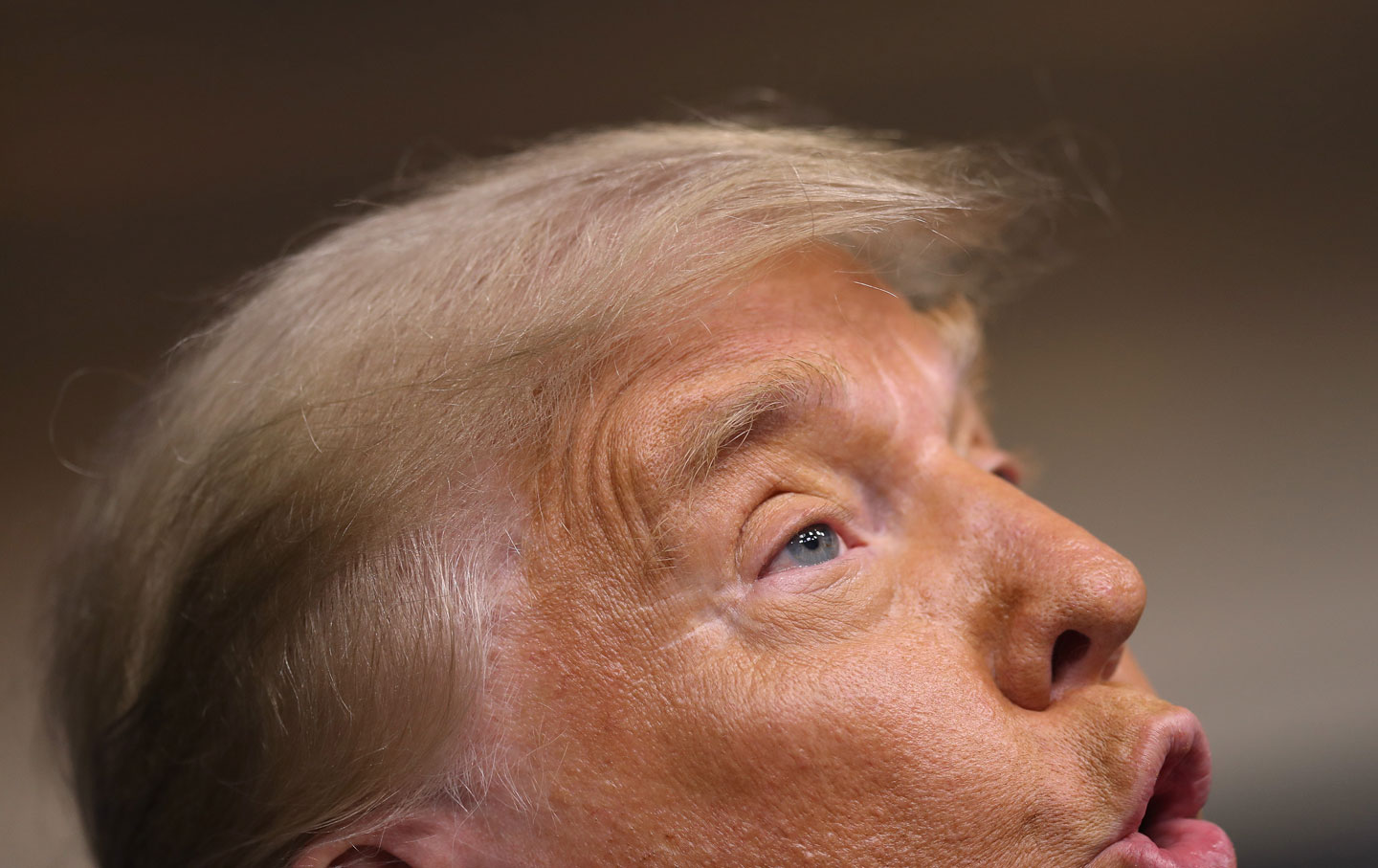 As he gears up for his presidency, one of the biggest dilemmas confronting Joe Biden is what to do with the sitting commander in chief. Donald Trump’s refusal to concede and his fomenting of a farcical coup attempt are just his latest crimes against American democracy. As president, Trump cannot be charged with any crimes. But after January 20, when Biden assumes the presidency, Trump’s protected status will end and he’ll be no more and no less than an ordinary citizen.

As such, Trump will be vulnerable to criminal prosecution. Already, there is an array of offenses that he can plausibly be charged with. Trump’s impeachment amply demonstrated that he used the office of presidency for corrupt ends. The Mueller report, and Trump’s own words on many occasions, documented clear obstruction of justice. Trump’s former lawyer Michael Cohen was sentenced and jailed for using campaign funds to buy the silence of the actress Stephanie Clifford (who goes by the stage name Stormy Daniels) over her sexual liaison with Trump. As a private citizen, Trump can be charged for his own role in this matter.

The New York Times has documented that the Trump Organization has engaged in creative accounting that perhaps oversteps the law. As the newspaper reported on Thursday, “Two separate New York State fraud investigations into President Trump and his businesses, one criminal and one civil, have expanded to include tax write-offs on millions of dollars in consulting fees, some of which appear to have gone to Ivanka Trump, according to people with knowledge of the matter.”

Beyond these cases, there are numerous acts Trump committed as president, such as his business deals with the Saudi government, that haven’t been sufficiently investigated because Trump was able to stonewall congressional oversight. Trump’s ability to fend off legislative scrutiny will also end with his presidency and one can expect an avalanche of revelations about wrongdoing.

But will congressional Democrats have the nerve to follow through with investigating Trump? Will the incoming Biden administration set loose the Department of Justice to target Trump? There’s reason to think this won’t happen. On Tuesday, NBC News reported, “President-elect Joe Biden has privately told advisers that he doesn’t want his presidency to be consumed by investigations of his predecessor, according to five people familiar with the discussions, despite pressure from some Democrats who want inquiries into President Donald Trump, his policies and members of his administration.” The report added, “Biden has raised concerns that investigations would further divide a country he is trying to unite and risk making every day of his presidency about Trump.”

There are serious political reasons for a Biden Department of Justice to refrain from prosecuting Trump. As NBC reports, “One of the reasons [Biden] has given aides is that he believes investigations would alienate the more than 73 million Americans who voted for Trump.”

Beyond that, there’s little reason to believe that legal punishment would do anything to blunt Trump as a political force. Trump is an anti-system politician, which means that his supporters see any clash between him and legal authorities as proof that he is shaking up the status quo. Democrats have often expressed amazement and exasperation that scandals that would destroy a normal politician have not tarnished Trump’s appeal at all. But as an anti-system politician, he’s not expected to obey the rules of the game. In fact, evidence that he cuts corners is favorably reinterpreted as defiance. Pro-system politicians like Hillary Clinton and Biden are much more likely to be held accountable by voters.

Anti-system politicians have sometimes gotten away with lurid corruption. Consider the fabled careers of Boston Mayor James Michael Curley (who won reelection after serving jail time for fraud) and Washington, D.C., Mayor Marion Barry (who regained public office, including that of mayor, after a drug conviction). Toronto Mayor Rob Ford and Louisiana Governor Huey Long had similarly flamboyant careers. Ford was felled not by the law but by a health crisis that ultimately killed him. If Trump is convicted of crimes, he’s likely to follow the path of these anti-system politicians. One can even imagine him, like socialist Eugene Debs in 1920, running for president from prison.

Legal prosecution will do nothing to fight the popularity of Trump and Trumpism. Indeed, given his anti-system persona, it is likely to bind him closer to his followers. He’ll be seen as a martyr.

Having said that, not prosecuting Trump will also come with a cost. The United States is a nation of elite impunity, as the history of recent decades demonstrates. Nixon had to resign for Watergate, but he also received an expansive pardon from his successor, Gerald Ford, which covered all crimes Nixon might have committed as president, even those yet undiscovered. It’s hard to interpret this pardon as affirming anything other than the idea that an American president can never face legal liability, no matter what.

Iran/Contra should be seen as a successful cover-up, with underlings taking the fall for actions that were almost certainly sanctioned by President Ronald Reagan and Vice President George H.W. Bush. Subsequently, many of those underlings, notably Caspar W. Weinberger and Elliott Abrams, received pardons and commutations. A similar code of criminal silence, or omertà, could be seen in the George W. Bush administration, with vice presidential aide Scooter Libby serving as the patsy in the case of the outing of CIA agent Valerie Plame Wilson. Libby also subsequently received a pardon.

Barack Obama, though his presidency was free of major scandals, contributed to the tradition of elite impunity by refusing to punish the crimes of the George W. Bush administration. As NBC News notes, 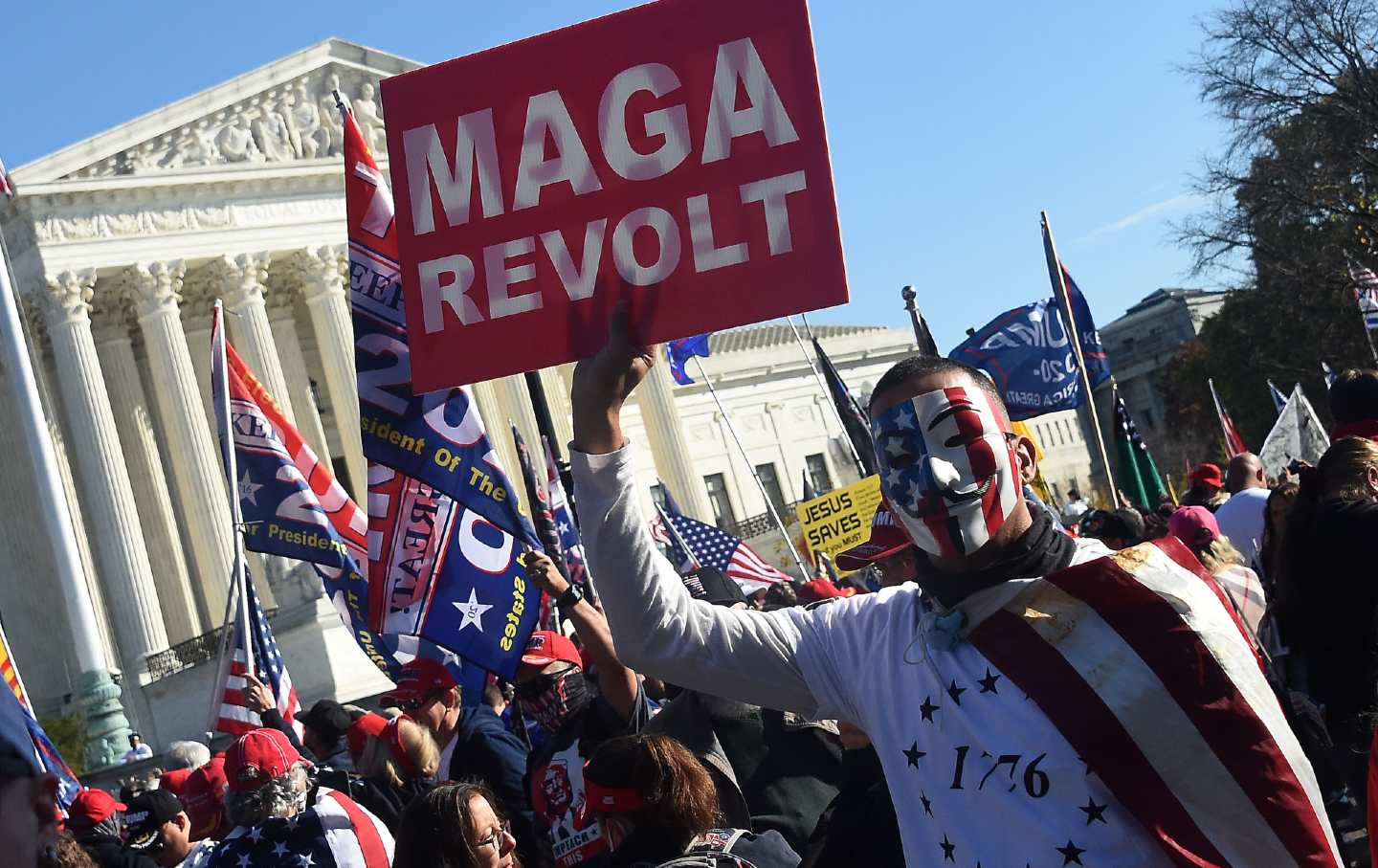 Trump and the GOP Intensify Their Assault on Democracy

The dilemma facing Biden is similar to the one Obama faced when he took office in 2009. Democrats were demanding the prosecution of Bush administration officials who were involved in policies that allowed enhanced interrogations, or torture, of terrorism suspects.

To appease those Democrats, Obama released memos about the controversial program and then publicly said he didn’t support prosecuting Bush administration officials who devised or carried out the policies. He also rejected calls for a 9/11-style commission or a truth and reconciliation commission, like the one that examined apartheid in South Africa, to review the policies.

This tradition of elite impunity has done nothing to heal America. Rather, it has served to foster a culture of corruption that grows worse every decade. Trump’s sordid administration is no break from history but a culmination of corruption indulged for decades. The only way the festering criminality in Washington will end is if the Biden administration breaks with history and holds Trump accountable. A failure to do so is a recipe for a new and even more criminal Trump gaining the White House in the future.