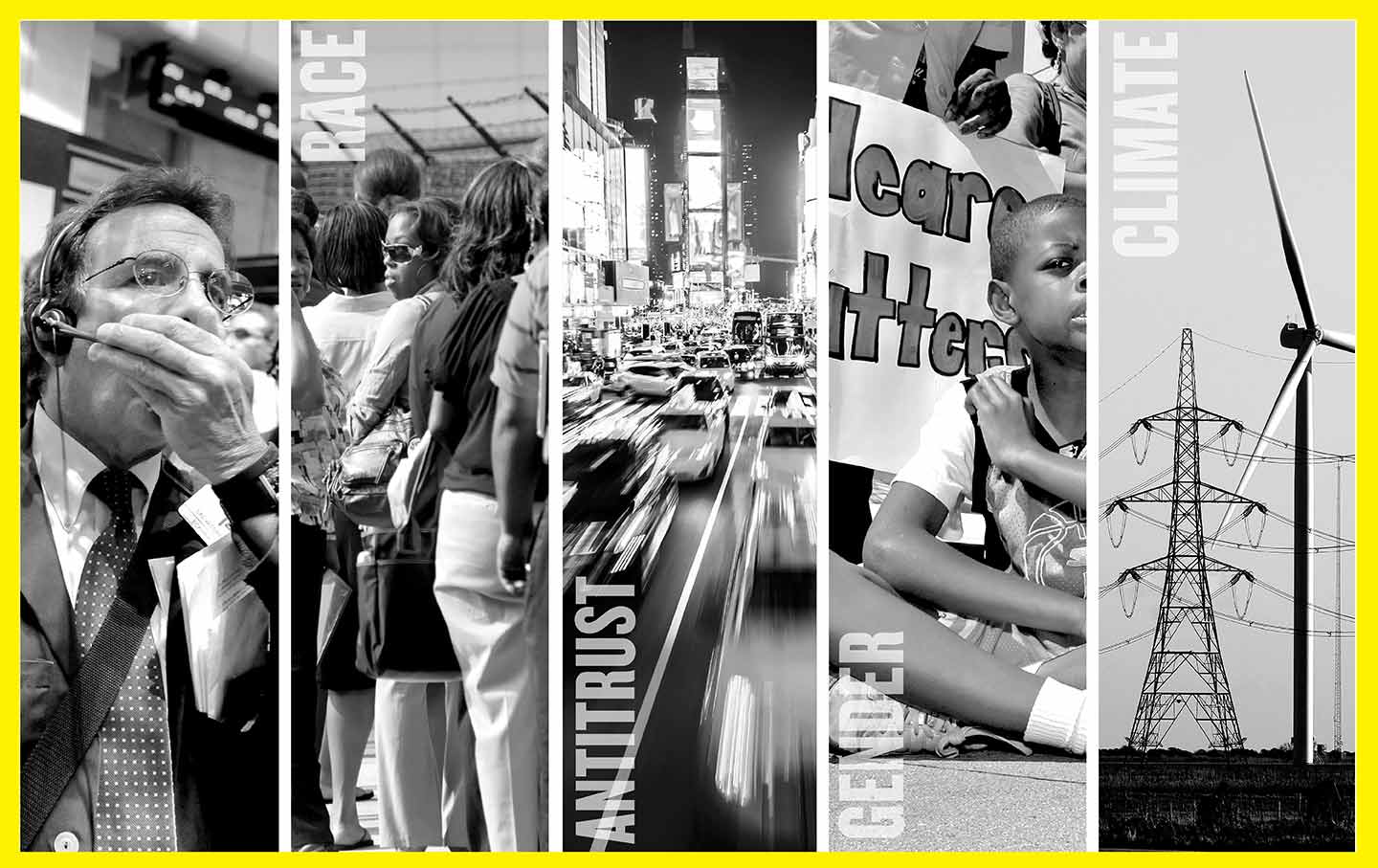 We published the Next Recession series in the fall, not knowing when the next big economic downturn would hit. Needless to say, we didn't anticipate a global pandemic setting it off—but many of the recommendations our authors and experts proposed at the time remain relevant to our current economic situation.

Since the fall of 2008, Americans have watched the financial markets with the hypervigilant anxiety of a rescue pet: spoiled by (relative) prosperity and half expecting to be cast back out at a moment’s notice. This feeling of nervous anticipation peaked over the summer, when a key economic indicator known as the yield curve fell out of whack and investors briefly stood to make more money lending to the government in the short term rather than the long term.

Historically, an inverted yield curve has meant a recession is coming—a bad outcome for almost everyone involved, especially the poor. Yet this curve brought with it a sort of dark vindication. With slowing global growth and a trade war with China, things couldn’t possibly be as good as they seemed, could they? For the moment, however, the markets seem to have bounced back. In early November the Dow Jones, NASDAQ, and S&P 500 indexes closed at record highs; at last count, US unemployment hit a 50-year low of 3.5 percent; and homeownership was on the rise, at almost 65 percent. At the same time, Bloomberg News put the risk of a recession (defined as two consecutive quarters of negative economic growth) in the next 12 months at 27 percent, while other experts expect the coming slump to be less pronounced—more of a correction than a cataclysm.

It’s impossible to tell who’s right. All we know is that a downturn is a “when,” not “if,” scenario. Whoever is in power when that day finally comes will have a once-in-a-generation opportunity to seize the moment and transform the US economy. A second Trump term would derail any efforts toward a green, equitable, and fair 21st century. Corporate power will continue to swell; more plant and animal species will die off; people will suffer hotter summers, colder winters, longer hours, worse benefits, less pay; and minorities will feel their pain compounded by the weight of marginalization. But 2020 is far from a done deal, and activists, lawmakers, politicians, and voters who want to live to see a better world (or, let’s face it, just live) should prepare a fleet of ambitious policies to deploy in a historic fight for fairness, justice, and equality.

Beyond Bailouts: Solutions for the Next Recession

An Economy for the Whole Family

Recessions Are Racist (But They Don’t Have to Be)

We Need a Green Bailout for the People

The stakes could not be higher. There’s a narrative about the last crash that begins with the first subprime mortgage and continues through the bank bailout, the Occupy Wall Street protests, and the Tea Party’s rise, then culminates with strong Republican gains in the 2010 midterms, laying the ground for the election of Donald J. Trump. That brings us to where we are today, with a veneer of economic prosperity but few guarantees for working people in the future.

For conservatives, this narrative mirrors the arc of justice: The market won. But for progressives, the road is paved with missed opportunities. Where would we be if decarbonization had been a precondition for the auto industry bailouts or if the banks’ welfare checks had come stapled to tax reforms that redistributed wealth downward? What might have happened to gender equality or how we measure real unemployment and underemployment if the Obama administration had thought to compensate the labor that takes place in the home as well as in the office and on the factory floor? Would people of color have lost fewer jobs, homes, and livelihoods if economic recovery programs had been designed to address rampant hiring discrimination? Was the previous crisis really the last, best chance to set a more democratic precedent for antitrust legislation and prevent the monopolistic, Uberized mess we’re in today?

As we continue to obsess over stock prices and prognosticate the end of days (no one wants to be the sucker who didn’t call it), it’s crucial to plan how not to squander the next crisis. We hope these contributions from some of our experts on their various beats will show Democrats—and perhaps an enlightened Republican or two—that there are many alternatives.