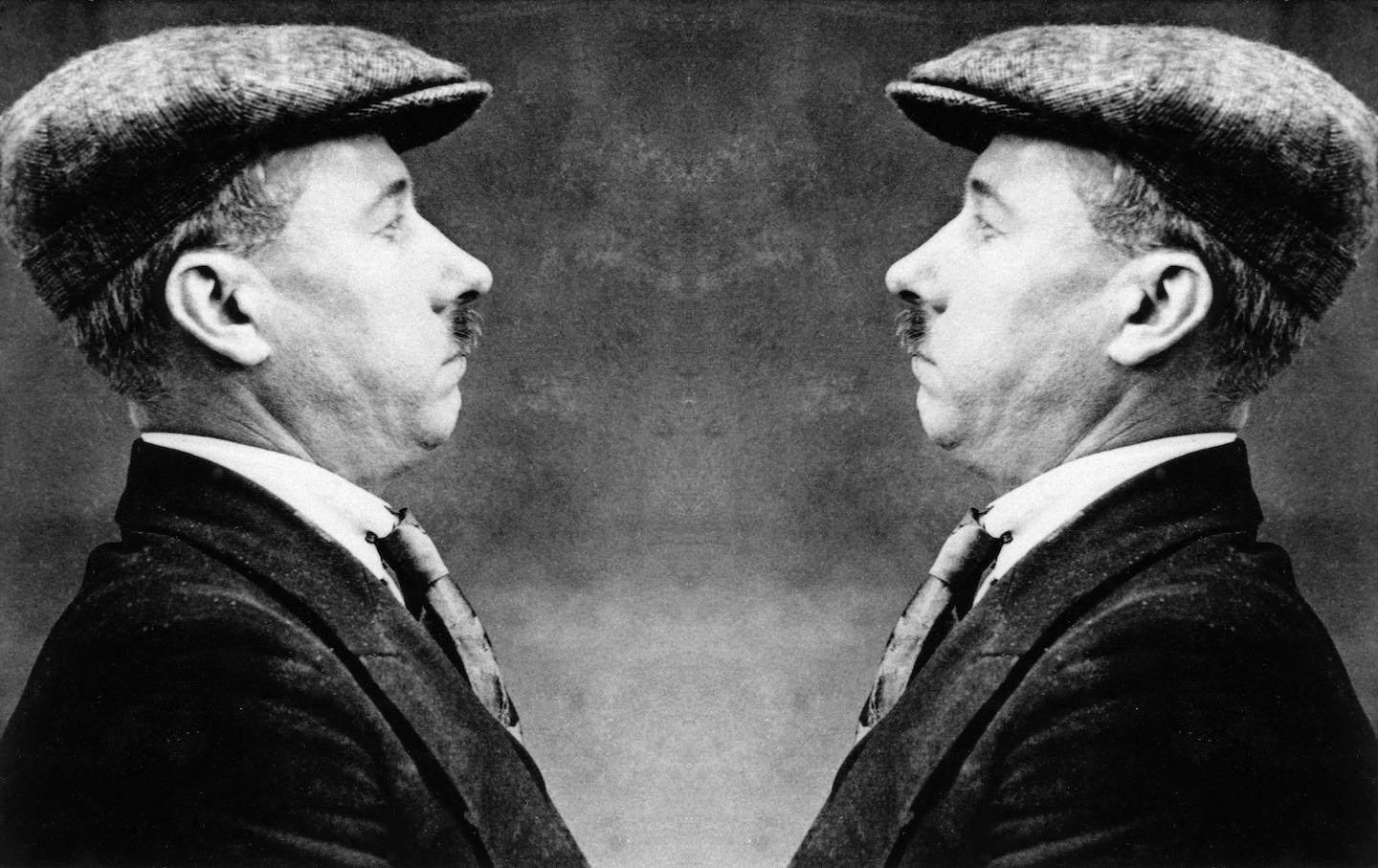 B. Traven (Photo by ullstein bild via Getty Images / Illustration by Kevin Lozano)

In England, Germany, the U.S.A., everywhere it is the police who do the whipping and the one in rags who gets whipped. And then the people who sit smugly at their well-laden tables are surprised when someone rocks the table, overturns it, and shatters everything to fragments.

The first novel by B. Traven appeared as a serialization in Vorwärts, the newspaper of the Social Democratic Party of Germany, in 1925. Originally titled Die Baumwollpflücker (The Cotton-Pickers), it was renamed Der Wobbly (The Wobbly), after the popular appellation for members of the radical American syndicalists of the Industrial Workers of the World, in its initial book printing in 1926. The novel follows Gerard Gales, an unemployed, itinerant American in Mexico who peripatetically moves from cotton picking to drilling in the oil fields to baking to driving cattle. Throughout, Traven’s narrator barely manages to stay ahead of total immiseration. The only jobs to be had are those which pay the least, if at all, and require the hardest exertion. By the time one job pays out, the money ends up spent in trying to find Gales’s next position. Consequently, labor agitation on behalf of better pay and conditions seems to follow Gales from job to job, though Gales himself is never the one to evangelize to the workers as some heroic voice of class consciousness.

The Treasure of the Sierra Madre

Traven’s novel depicts radicalism as an atmospheric presence, absorbed via osmosis, alive wherever the exploited gather outside of the boss’s earshot. The workers herein, an international and multiracial conglomerate of Black, Chinese, Mexican, Indigenous, and white characters, share a mutual discontent for the class of property owners who can always cheaply buy the degrading and difficult labor of the desperate. In this novel we see the struggles against capitalism, racism, and imperialism Traven would depict over the rest of his literary career, returning to the plight of those inextricably caught in the brutal cycles of precarious life on the margins of wage labor.

Despite writing a remarkably diverse body of work focused upon the multiple, intersecting freedom struggles of the poor, nearly every discussion of B. Traven begins with the enigma of his identity. Too often, critical engagements with his work have ended on this point. The man behind the pseudonym sent his manuscripts from and received his royalty checks in Mexico, living there from at least 1924 through 1969. According to an anarchist comrade, Erich Mühsam, and decades later seconded by Traven biographer Rolf Recknagel, he most likely was Ret Marut, a German stage actor and anarcho-communist writer who briefly served as the director of the press division of the short-lived Bavarian Soviet Republic. Marut narrowly escaped execution by the Freikorps following its vicious reprisals carried out in the wake of the Bavarian Soviet Republic’s overthrow. It appears that Ret Marut, too, was also a pseudonym, just like Traven Torsvan and Hal Croves, two other identities he seems to have adopted while in Mexico.

He may have been born in Chicago, as he often claimed, though at other times he said San Francisco. His novels were most likely written in German and translated into English, even as he stated that the reverse was true. Traven’s widow, Rosa Elena Lujan, claimed that he was at least Marut, Torsvan, and Croves, and provided the most compelling rationale for his biographical instability, telling The New York Times in 1990 that her husband never knew the circumstances of his birth and feared extradition to Germany. Lacking a definitive narrative of his origin, Traven merely wrote and rewrote his own life as a perpetual evasion. That the mystery of authorial biography has loomed omnipresent over his textual corpus is made especially ironic by the fact that Traven’s pursuit of anonymity appears directly tied to the his novels’ leftist politics, continually focusing narrative attention upon the ragged, the downtrodden, the homeless, the vagabond, and the stateless. Traven’s particular brand of anarcho-communism resists the heroic individual to such a degree that it even seeks to evade the capture of authorhood, casting it as one more authority to be kicked against.

Traven’s second novel, Das Totenschiff (The Death Ship), also published in 1926, follows Gerard Gales again, who is now a sailor who loses his identity documents and ends up caught in a hellish bureaucratic maze before being relegated to hiring himself out as a stateless employee aboard a ship with horrendously exploitative labor conditions. “Every age has its Inquisition,” Gales muses at one point. “Our age has the passport to make up for the tortures of medieval times. And unemployment.” His most famous novel remains his third, 1927’s Der Schatz der Sierra Madre (The Treasure of the Sierra Madre), a story of unemployed Americans in Mexico making a go of gold mining, and it was quietly reissued by Picador last year. The novel’s fame is due in no small part to John Huston’s 1948 film adaptation, which stars Humphrey Bogart and won three Academy Awards. Like much of Traven’s work, The Treasure of the Sierra Madre often falls under the classification of the adventure novel, even as it frequently negates the genre’s conventions.

The work opens upon an unemployed beggar, Dobbs, who takes off to find work in the oil fields of Túxpam only to discover they have gone bust. When he eventually finds employment from an American rigging a new oil camp, he and his coworkers find themselves stiffed of their wages. The only adventure found here is in surviving the capitalist’s capacity to exploit. Eventually, Dobbs, along with a coworker who had also been cheated and an old prospector, head off to hunt for gold, yet we do not see any fantastic bonanza so much as endless drudgery and the logistical challenges of transporting their treasure. Even as the work eventually takes up familiar narrative pathways (greed and paranoia appear and, in an ironic twist, the gold is lost), Traven steadfastly attends to the underlying problem of work, whereby nothing can be extracted without loss: “Gold is for thieves and swindlers. For this reason they own most of it. The rest is owned by those who do not care where the gold comes from or in what sort of hands it has been.” In Traven’s world of stultifying, piecemeal employment, solidarity and resistance hold out the only assurances against deprivation, as no bootstraps are made strong enough for the myth of individual success to ring true.

What most intrigues about B. Traven, what ties his work so irrevocably to our present moment, is precisely that which is not mysterious about his work at all. The boom/bust cycles of fossil fuel extraction, the exploitative conditions of service work, global shipping, and farm labor, Indigenous dispossession, the bureaucratic horrors meted out upon the sans-papiers, and the cyclical traps of un(der)employment all mark sites of struggle nearly a century later. We know these all too well. His novels remain absent of any utopianism, instead depicting the resiliency of those relegated to the harsh peripheries of capital accumulation and the possible gains made through collective action and internationalism. Traven hid himself and, in so doing, made the violence of the capitalist world-system all the easier to see.