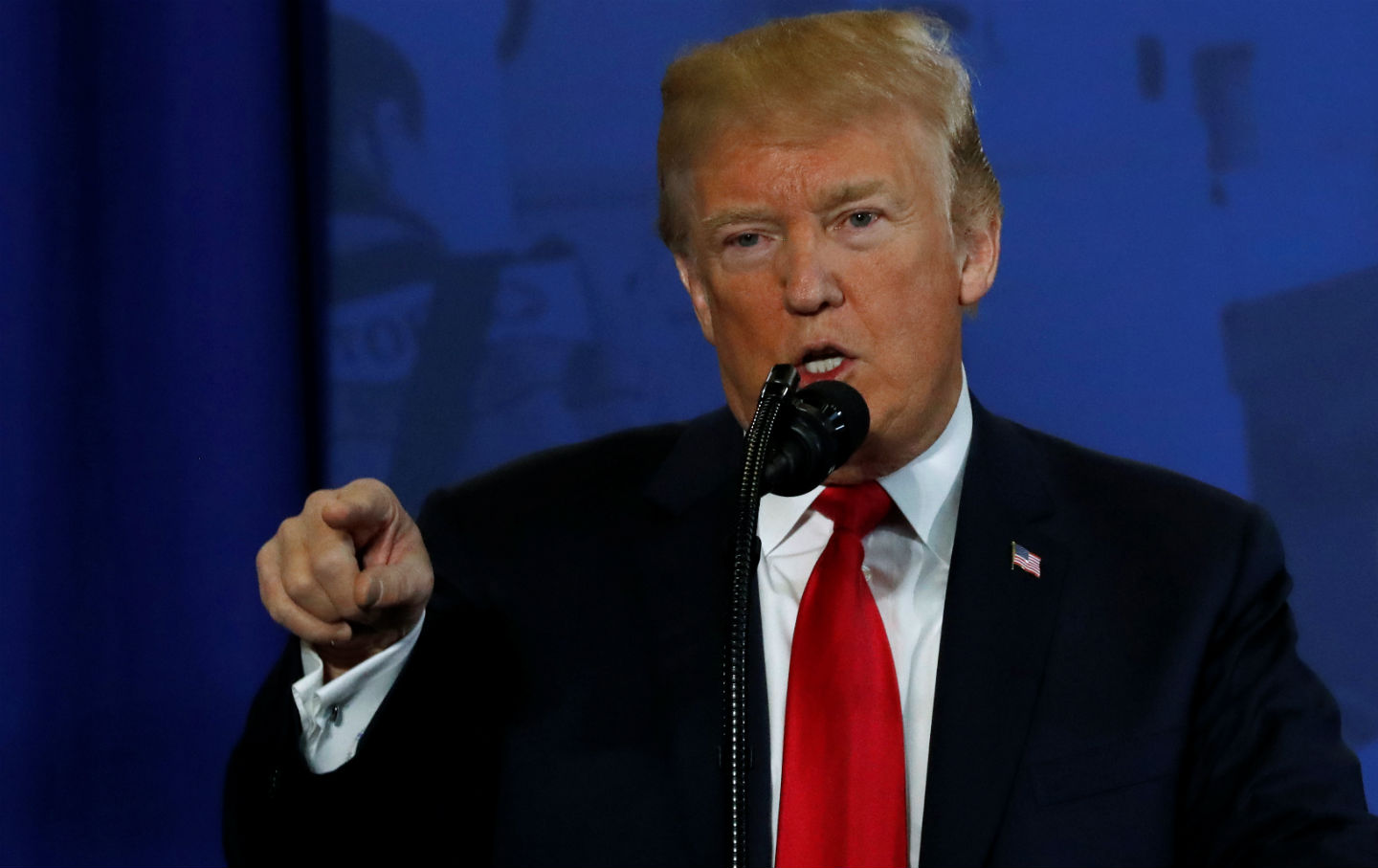 When Donald Trump talks about America’s opiate crisis, he tells a story about two kinds of people. First, there are the people struggling with addiction—good people, as Trump often points out, deserving of compassion and treatment, many of them representatives of the white middle-American communities that helped to elect him. And then there are the dealers, the “pushers,” the bad people, who—in Trump’s implicitly racialized narrative—stream across a weak southern border, find haven in sanctuary cities, and prey on the vulnerable; what they deserve is punishment.

Trump told versions of this story on the campaign trail, and did so again on Monday in New Hampshire, where he outlined his administration’s plan for responding to the opioid crisis. Trump spoke of one couple’s “beautiful son,” a “great boy” who died of a fentanyl overdose, and about the need for more “evidence-based, science-based, compassionate treatment.” His proposals do include some policy initiatives supported by public-health advocates, like increasing access to medications used to treat opioid addiction, such as methadone and buprenorphine. But what clearly excited Trump most were his ideas for getting “tough” on drug dealers—ramping up mandatory sentences, even executing some people. “[I]f we don’t get tough on drug dealers, we’re wasting our time…and that toughness includes the death penalty,” Trump said. (It also includes “ending” sanctuary cities and building a border wall “to keep the damn drugs out.”) 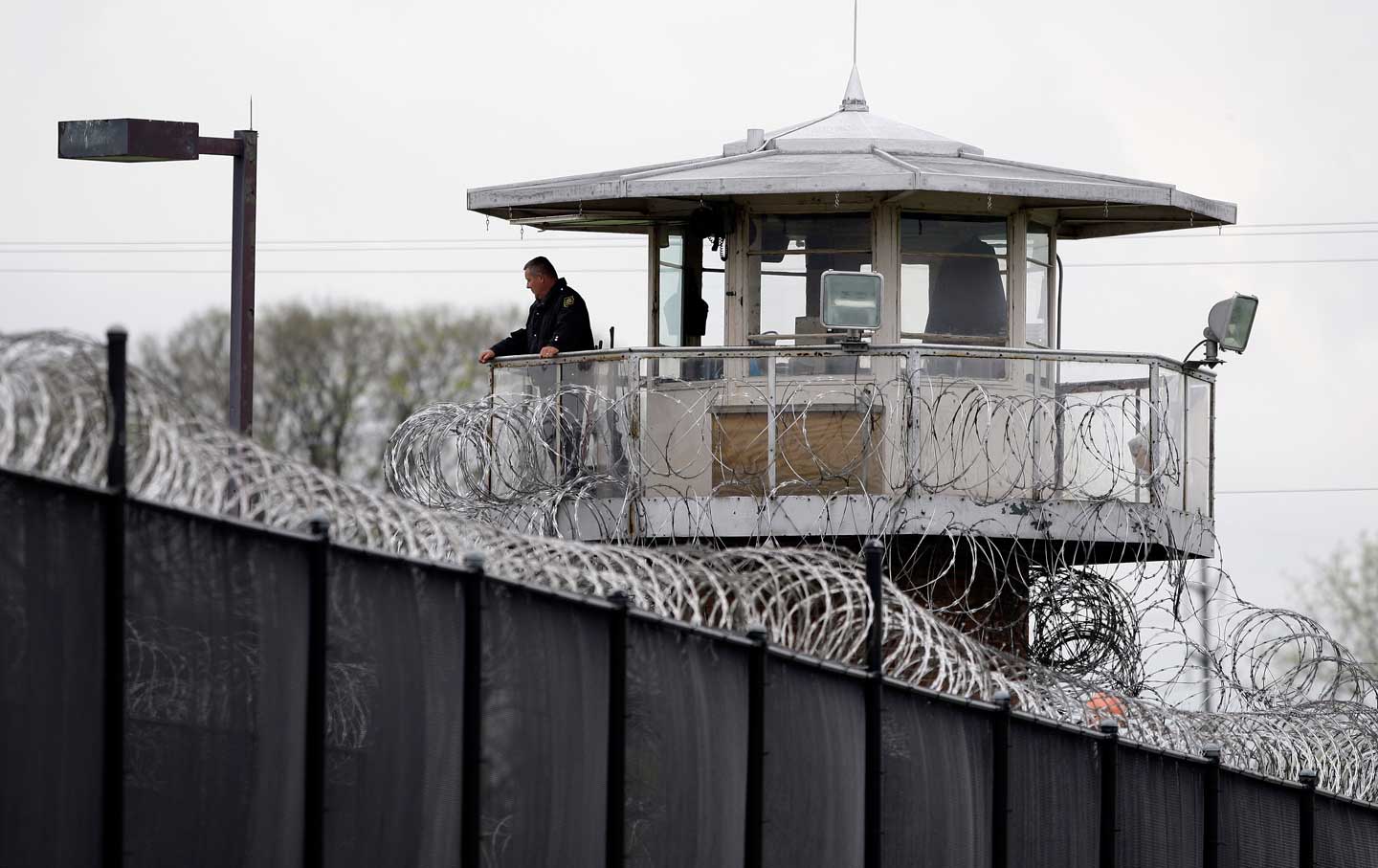 Is the Opioid Crisis Leading to a Spike in the White Incarceration Rate?

It’s not clear yet if Trump’s call for killing drug dealers will become more than a talking point. On Wednesday, the Department of Justice sent memo from Attorney General Jeff Sessions encouraging federal prosecutors to pursue “capital punishment in appropriate cases” when prosecuting drug traffickers. Under a 1994 federal law, the death penalty could be sought for major kingpins, but the law has never been applied that way and so it has not been tested by a constitutional challenge. “The Supreme Court has repeatedly and consistently rejected the use of the death penalty in cases where there has been no murder by the convicted individual,” Jesselyn McCurdy, deputy director of the American Civil Liberties Union Washington Legislative Office, said in a statement. Regardless, the speech signaled—not for the first time—that the White House and the Department of Justice under Sessions is rededicating itself to punitive drug-war policies. Sessions has already moved to void Obama-era sentencing reforms.

Meanwhile, prosecutors across the country are applying Trump’s “tough on dealers” approach through the use of “drug-induced homicide” laws, which are on the books in 20 states. Adopted during the height of the War on Drugs in the 1980s, these laws target people who sell drugs that lead to an overdose, and they carry sentences equivalent to manslaughter or murder. (The federal version is known as the “Len Bias” law, for a basketball player who died from an overdose in 1986.) According to an analysis by the Drug Policy Alliance, media mentions of drug-induced homicide prosecutions rose by over 300 percent between 2011 and 2016, suggesting that law enforcement is increasingly relying on them in response to opiate overdose deaths. In Pennsylvania, such cases have ballooned by over 1,200 percent since 2011. Last year legislators in 13 states introduced new legislation to create or toughen drug-induced homicide laws. Some coroners are now classifying overdoses as homicides rather than accidents to encourage prosecutions.

Some coroners are now classifying overdoses as homicides rather than accidents to encourage prosecutions.

Supporters of these laws claim they’ll deter people from selling drugs. “If our agents can show the nexus between you, the pusher of poison, and the person that overdoses and dies, we will charge you with murder. We are coming for you. Run,” promised one Florida sheriff in a public-service announcement created last year after the state adopted its drug-induced homicide law. Another argument in their favor is that they can help law enforcement build a case against kingpins. In Dreamland, journalist Sam Quinones writes that a Len Bias case

allows investigators to work up a chain of drug distribution. To save himself from a Len Bias prosecution, a dealer needs to flip, and quickly, burning the dealer one link above him in the chain…. The last man detectives can trace the drugs to faces the twenty years if convicted.

While these laws may be effective for imposing charges and lengthy prison sentences on some individuals, there’s little evidence they’ve deterred drug sales broadly. Instead, the Drug Policy Alliance argues, the main effect of such prosecutions is to discourage people from calling emergency responders in the event of an overdose, for fear that they’ll be charged. There are indications that prosecutors are exercising poor discretion in applying the laws, targeting minor players rather than major distributors: An analysis of 100 recent drug-induced homicide cases in Wisconsin, cited in the Drug Policy Alliance report, determined that nearly 90 percent of the people charged “were friends or relatives of the person who died, or the lowest people in the drug supply chain, who were often selling to support their own substance use disorder.” (Contrary to Trump’s narrative, sometimes the people struggling with addiction and the people who supply the drugs are one and the same.) And there are concerns that drug-induced-homicide prosecutions will reflect the racial biases evident in other areas of the criminal-justice system.

Getting “tough” on drug dealers is not a new approach. It’s one the United States has tried for decades, with the result a bloated prison population and seemingly perpetual drug crises. Research indicates that long prison sentences neither deter crime nor limit drug use. Accordingly, punitive measures have little support from policy experts. In February, when The New York Times asked 30 doctors, academic, politicians, and law-enforcement professionals how they would spend a hypothetical $100 billion for a national opiate response, together they targeted only 11 percent of the funds toward supply-side policies like policing and interdiction; no one recommended using money to build a border wall.

“Totally irrational” is how one police chief in Ohio described Trump’s call for the death penalty. “If the president is going to make such an absurdity then we must ask, does this include those in the pharmaceutical companies that produced Oxycontin that have [sic] been linked to tens of thousands of Americans[’] overdose deaths, while the companies made billions in profit?” he asked. It’s a fair question, and one that illustrates Trump’s selective approach to “law and order.” While “pushers,” understood in Trump’s narrative to be people of color, warrant the death penalty, the executives who concealed the addictive nature of opiate painkillers face a vague threat of federal litigation against companies they may already have left. It is a story about two kinds of people—defined not so much by what they’ve done, but who they are.