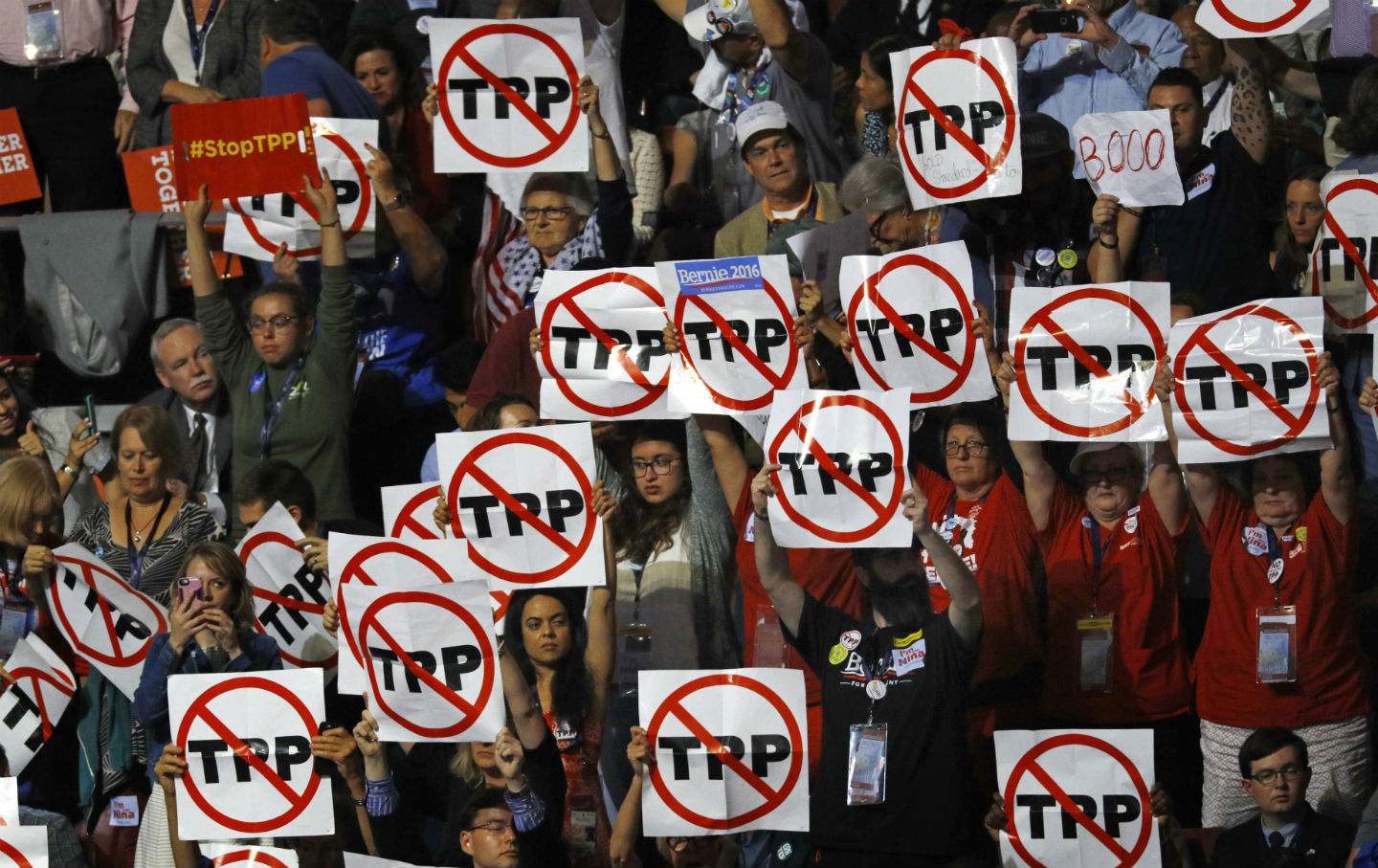 As the presidential campaign hobbles through its last dispiriting days, the central concerns of voters are getting lost amid the screech of scandal, real and invented. This election isn’t about Clinton’s “damned emails” or Trump’s Putin bromance. What’s really driving this election is a mounting populist anger that has roiled both parties.

These forces aren’t new, as John Judis notes in his book, The Populist Revolt. Trump’s angry voters were foreshadowed by the Tea Party, and earlier by Pat Buchanan’s “peasants with pitchforks” campaigns; Bernie Sanders stunning surge came after Occupy Wall Street. And they won’t go away when the last vote is cast this November. Sanders and allies are already driving reforms and running candidates at the local and state level. Trump’s legions will spark a civil war within the Republican Party, with some likely to self-organize into more threatening formations.

None of this is a revelation. Yet elite Washington still doesn’t get it. The establishment has still not acknowledged the scope of its failure. President Obama is rolling out his legacy tour, pointing with pride to the recovery from the Great Recession, 20 million more with health insurance, record months of private-sector job growth, low unemployment, and the first signs of wages’ beginning to inch upwards. America’s alliances, foreign-policy experts intone, continue to “keep the peace” across the world. Our global economic strategies are touted as vital to our prosperity. This is, the president assures us, the “greatest time to be alive.”

But most Americans aren’t in on the deal. They continue to struggle with stagnant incomes and economic insecurity. Entire communities have been devastated, with little relief. Banks got bailed out but not homeowners. For working and poor people, the basics—clean water, good roads, modern schools, affordable college and health care, secure retirements, decent housing—seem increasingly at risk or out of reach. America’s military may be the most powerful in the world, but we fight endless wars without victory.

Nothing exemplifies this disconnect between the establishment and ordinary Americans more than the astonishing plan of President Obama and the business lobby to cram the Trans-Pacific Partnership trade deal through the lame-duck Congress after the election. The United States has run trade deficits unprecedented in the annals of time. Our trade deals have cost jobs, undermined wages, and devastated communities. Defenders say they benefit the nation generally, and the winners could or should recompense the losers. But they never do. Instead, global corporations fix the rules to gain access to cheap labor abroad, while stashing their profits overseas to avoid paying the taxes they owe.

The Trans-Pacific Partnership (TPP) embodies the stacked deck. It was negotiated in secret of, by and for the global corporations. Michael Froman, Obama’s trade representative who shepherded through the deal, comes, no surprise, from Citibank. Obama argues that the TPP is about free trade and leveling the playing field, but the TPP isn’t really a trade deal—tariffs are already low. And it doesn’t level the playing field: It cuts special deals for global investors, including their own private legal system that gives global corporations rights that no citizen or small business enjoys.

Both Clinton and Trump oppose the TPP. It was exhibit one in the populist argument made by Bernie Sanders. Leading environmental, consumer, labor, citizen-action, and human-rights groups are organized against it. The white working-class voters who flocked to Trump’s banner loathe it.

Yet, bizarrely, first thing after this election is over, President Obama, the Republican leaders of the House and Senate and the business lobby are planning to launch a full-court press to drive the TPP through a lame-duck session of Congress. Editorial boards will chime in. Former presidents and secretaries of state will be trotted out in support. Froman is already wheeling and dealing in the back rooms.

The big fight will be in the House of Representatives. Two or three dozen legislators will be retiring, voluntarily or by will of the voters. Most will be looking for lucrative jobs as lobbyists and consultants. The Wall Street wing of the Democratic Party and Chamber of Commerce Republicans will sign up. The business lobby will ante up the necessary price in exchange for the right vote. The president will push Black Caucus members not to oppose his last “legacy” measure.

Even then, it is hard to imagine House Republican leaders forcing their members to vote for a treaty that is toxic to Trump supporters. But whether the treaty passes or not, the very act of trying to force it through a lame duck session of Congress will only add petrol to the populist fires. This will be, in the imitable words of Joe Biden, a Big Fucking Deal. The president, the Republican leaders, the foreign policy establishment and the business lobby are essentially giving a stiff middle figure to an aroused American electorate. Safe seat incumbents in both parties who vote for it are likely to find themselves with primary opponents. The frustration and disgust with beltway corruptions will deepen. The Sanders forces and unions may open new ties to the Trump voters.

This debate will set the stage for the Clinton presidency. She will either lead the opposition against Obama or be tarred even more as a dishonest cynic by right and left alike. Pundits bemoan the prospect that a Hillary Clinton presidency will be plagued interminably by Republican congressional investigations. But the popular anger roused by the TPP fight will burn much hotter and much longer than dozens of congressional hearings on Clinton’s emails.