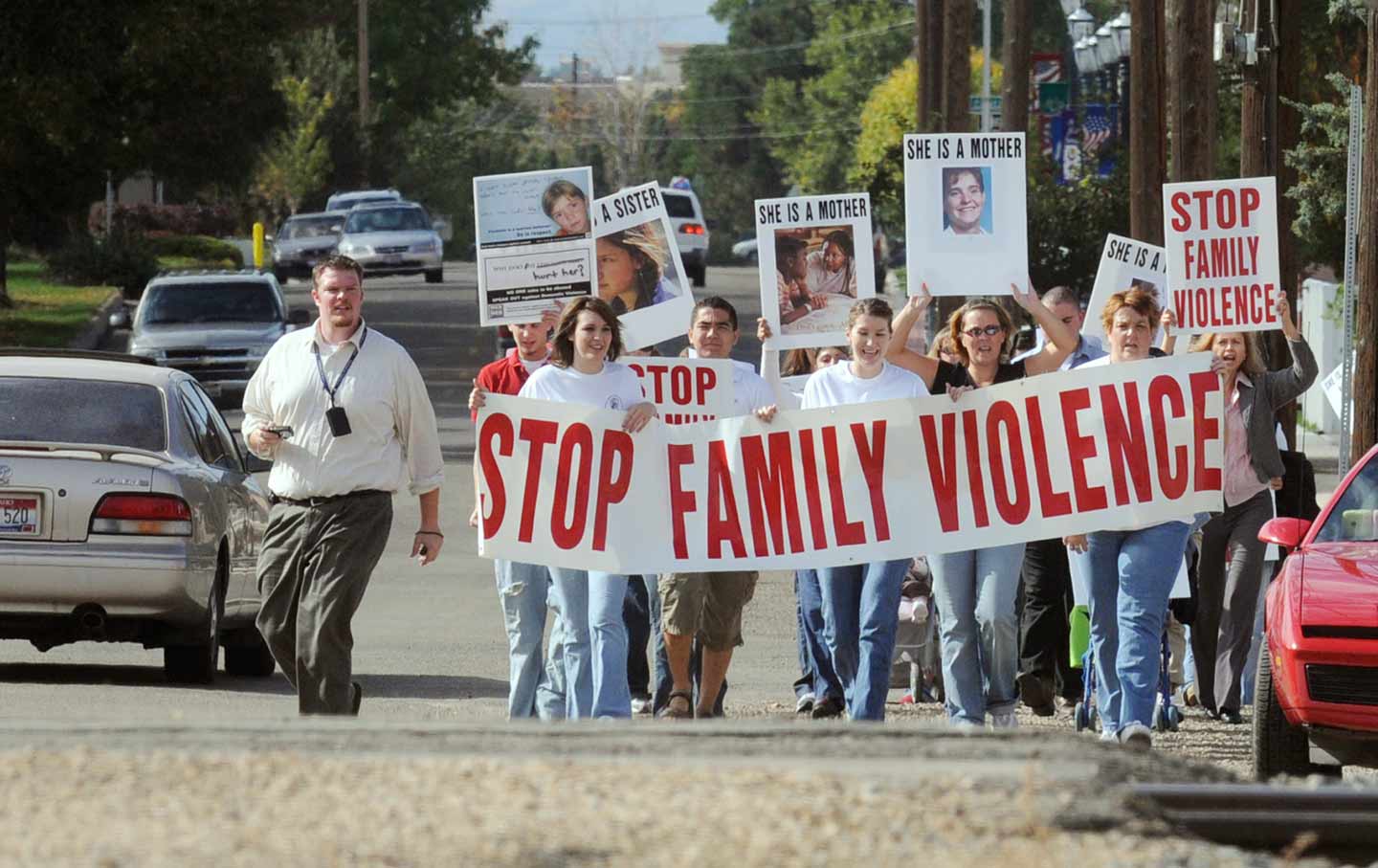 In the world of conventional wisdom, there are “women’s issues” and there are “economic issues,” and never the twain shall meet. The right to college, economic; college sexual assault, women’s. Affordable health care, economic; access to abortion, women’s. Livable wages, economic; the wage gap, women’s. You can begin to see the issue: We separate the two spheres in our thinking, but in reality they’re so closely intertwined that they might as well be the same thing.

Domestic violence is a classic “women’s issue.” Although both women and men can be victims (and although both men and women can be violent) studies estimate that up to 97 percent of abusers are men with female partners; between 1994 and 2010, the Bureau of Justice says, four in five victims of intimate partner violence were women.It’s easy to look at these numbers and frame domestic violence purely around sexism: If patriarchy says a man is king in his home, and if women’s lives and needs are deemed less worthy than men’s, then it follows that many heterosexual relationships descend into a nightmare of control and violence as the abuser asserts his supremacy in the most literal way possible.

But if you shift your focus just a little bit to the side, to the realm of money and work, another pattern emerges—and it may prove to be far more useful in terms of crafting policy that saves victims’ lives.

In one study, 60 percent of domestic violence survivors reported losing their jobs as a direct consequence of the abuse. Ninety-eight percent said that abuse made them worse at their jobs—they couldn’t concentrate because they’d been attacked, or were anticipating an attack when they got home. Generally, abuse victims miss work more often, come in late more often, are hospitalized for injuries more often, suffer more long-term and chronic health conditions (depression, PTSD, substance abuse), and thereby accrue more medical debt. When you add in the economic abuse present in 98 percent of abusive relationships—anything from sabotaging job interviews to holding a monopoly over family bank accounts to simply making sure that things like cell phone contracts are in the abuser’s name—it’s no surprise that a woman who does try to leave her abuser frequently finds that her entire financial support structure disintegrates when the relationship does. It’s for precisely this reason that the majority of homeless women are domestic violence survivors.

The point of this catalogue of horrors isn’t to tell you domestic violence is bad, which (I hope to God) we can all take as a given. It’s to demonstrate that the division between “economic issues” and “women’s issues” is artificial. Money is our society’s most concrete form of power. And when we look at domestic violence through money, what we see is a power play: Women are kept captive to male violence because they can’t afford to live without the men who hurt them.

The division between “economic issues” and “women’s issues” is artificial.

That’s why it’s essential to treat domestic violence as an economic issue. It allows us to craft responses that go beyond the moral (“don’t be violent”) or even the purely gender-based (“don’t be sexist”—always good advice!) and actually alleviate specific burdens.

In Pennsylvania, for example, there are two measures on the table: One, a move to remove all cancellation fees for abuse victims who have to abruptly leave their cell-phone contracts, and give them a new phone number if requested. Two, a move to allow women who are being abused to terminate their leases without penalty. Those seem like small things, maybe even trivial—but if your abuser still has access to your phone, he may be able to see whom you’re calling, or even use your GPS to find you, making stalking more possible. And you can’t “just leave” if breaking your lease will damage your credit and make it impossible for you to rent your next home and begin to rebuild your life.

These specific, practical policies are not only effective, they require policymakers to take a feminist, victim-centered approach: Talk to victims, listen for common stories, and figure out what common tactics abusers are using and precisely where debt relief or financial aid should be applied to benefit victims best. The cell-phone bill, for example, stems in part from a specific situation in which a woman’s abuser smashed her cell phone because he knew she couldn’t afford a new one, thus draining her bank account (she couldn’t stop paying the bill) and limiting her ability to reach out for help.

Annamarya Scaccia, who has reported on the Pennsylvania bills, says these smaller interventions can precede and prevent the necessity for larger ones.

“The most direct connections aren’t always the most obvious or violent,” Scaccia told me. “When an abuser wipes out your account to embarrass you at the store or when they smash your cell phone knowing you can’t afford another one, these can easily be framed by the abuser as accidents or lies, and the victim ends up looking ‘crazy’ or ‘overreacting’ (which of course has a gendered element). These smaller (so-to-speak) moments of abuse often proceed [more severe abuse].”

To be clear, cultural work is also deeply necessary. As long as women are fundamentally seen as less worthy than men, the violence they experience directly in abusive relationships will simply be repeated in other, subtler ways throughout their lives, as they move from the men who attack them to the bosses who pay them less or the male co-workers who denigrate their contributions. Needless to say, if more employers benefited from real education about how domestic violence works, and more workplaces had plans for dealing with it, fewer victims would lose their jobs.

But when we allow ourselves to move toward an understanding of domestic violence and sexism as economic issues—with all the seriousness and “real” political heft that implies—then we have both more urgency and more acuity in dealing with them. And when we include gender in our economic understanding, our policy stops being a sort of generalized “uplift” and starts providing specific and targeted aid. We can stop sifting our thinking into “real” issues and “women’s” issues, and start thinking about the ways both feminism and economic justice cohere to make real, immediate changes—which we have to do, in the end, if we want to impact sexism at all.