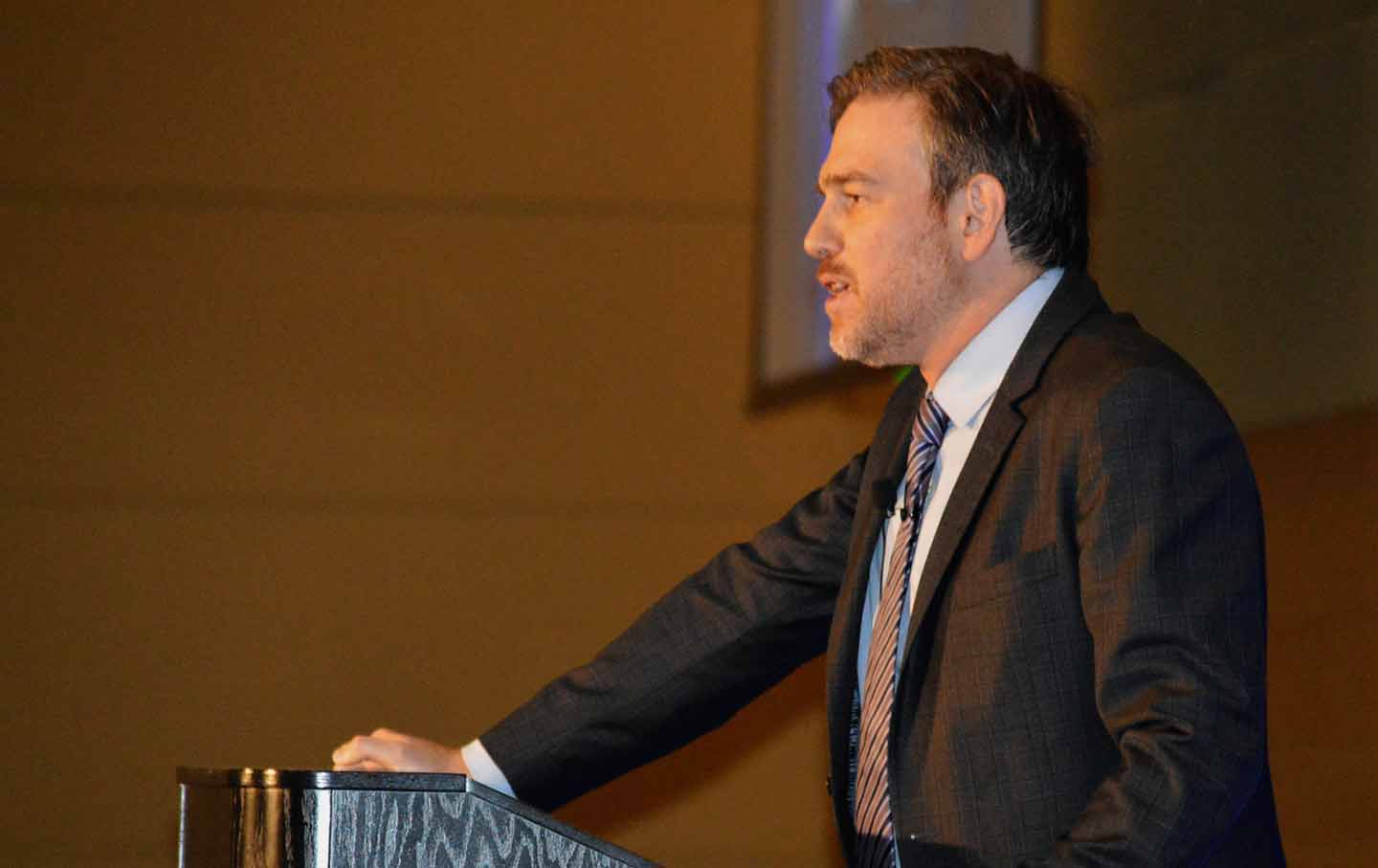 What a way to bid adieu. In late April, as his final act overseeing the op-ed page, New York Times publisher Arthur Sulzberger Jr. made an appointment so awful that it led even the most sympathetic readers to wonder whether the paper respects their intelligence, or cares about them at all.

Why else would the Times consistently hire columnists that it knows will mislead readers about issues of crucial importance? In 2008, it offered a column to William Kristol, perhaps the most relentlessly wrong pundit in history, not long after he called for the paper’s editors to be jailed. Kristol’s first column required a correction; then he filed an optimistic brief for Sarah Palin’s prospects as a vice-presidential candidate, without informing readers that he had been instrumental in convincing John McCain to make that disastrous choice. The Times defended hiring Kristol on the grounds of ideological diversity: He was “a serious, respected conservative intellectual,” said Andrew Rosenthal, then the editorial-page editor. Critics were merely being “intolerant.”

In the battle to save the planet from environmental catastrophe, Stephens plays the “useful idiot” on behalf of the enemy.

Much the same language has been marshaled in defense of the Times’s recent poaching of Wall Street Journal columnist Bret Stephens. Replying to angry readers, Sulzberger insisted that he and James Bennet, Rosenthal’s successor on the editorial page, “believe that this kind of debate, by challenging our assumptions and forcing us to think harder about our positions, sharpens all our work and benefits our readers.” Liz Spayd, who continues to make a mockery of the public editor’s job, chimed in with her support for “the general principle of busting up the mostly liberal echo chamber around here.”

News flash: Every Times reader believes in healthy debate. The problem isn’t with Stephens’s politics; the paper’s own Ross Douthat is one of the most interesting and original columnists in the American press today. That’s because Douthat, a Catholic conservative, openly wrestles with his own preconceived notions as they collide with reality. Unlike Stephens, Douthat actually does contribute a fresh perspective that challenges Times readers to think anew. Stephens, by contrast, is an ideological hack. True, he doesn’t like Donald Trump, but he made his name at the Journal—and, disturbingly, won a Pulitzer Prize—as a climate-change  denier and an incendiary Islamophobe. (Stephens has complained of “the disease of the Arab mind.” Would the Times hire a pundit who referred to the “Jewish mind” in the same way?)

Most alarming is the fact that, in the battle to save the planet from environmental catastrophe, Stephens purposely plays the “useful idiot” on the enemy’s behalf. At the Journal, he often deployed know-nothing arguments and outright falsehoods to back up his baseless claims. He once called the entire notion of human-caused global warming a “mass hysteria phenomenon.” Not long afterward, he claimed the planet has “registered no discernible warming in the past 10 years.”

Because Times readers are—let’s be honest—smarter and more sophisticated than the rubes who believe what they read in Rupert Murdoch’s Wall Street Journal, they might have expected Stephens to dispense with such tricks. And to be fair, he has upped his game. But beneath the rhetoric, the play is the same as ever.  Ignoring the consensus opinion of virtually all qualified climatologists, Stephens wondered about the “ideological intentions” of those who demand that we act before it’s too late. Offering no specific examples, he accused “the climate-advocacy community” of “convey[ing] the impression” that the steps required to avoid catastrophe are “not just necessary, but relatively straightforward and affordable.” In fact, as a 2011 International Energy Agency report explained, “for every $1 of investment in cleaner technology that is avoided in the power sector before 2020, an additional $4.30 would need to be spent after 2020 to compensate for the increased emissions.” (Needless to say, the Times could use a more rigorous fact-checking process.)

His next move was pure sophistry: because we can’t be certain of everything, we should act as if we’re not certain of anything. “History is littered with the human wreckage of scientific errors married to political power,” he observed. True, but in this case, as the Harvard historian of science Naomi Oreskes wrote in a letter to the editor, an extensive 2013 study found “that scientists had generally either been correct in their predictions, within error bars, or had underestimated the rate at which climate change would unfold.” The only uncertainty here pertains to Stephens’s honesty with regard to the known facts.

Publishing so committed an ideologue has little to do with helping Times readers expand their intellectual universe, unless the intention is to take them into the twilight zone of “alternative facts” and fake news. What it does is give Sulzberger and the people who work on the paper’s business side, especially the ad-sales staff, a ready-made answer when they’re confronted with the oft-repeated canard that the paper of record is biased against conservatives. (The Times’s puerile “Say Something Nice About Donald Trump” series serves the same purpose.) And, of course, the Gray Lady is hardly alone in taking this tack. How else to explain the recent hiring spree by MSNBC of Fox News rejects and refugees (including George F. Will), or The Washington Post’s addition of the right-wing radio host Hugh Hewitt to its already conservative-heavy lineup? (And don’t even get me started on CNN.)

Ideological diversity is certainly a worthy goal, but any attempt to apply it to the punditocracy is bound to run into the brick wall of US conservatism, which has become so unhinged in recent years that adherents who do not traffic chiefly in bullshit can be as hard to find as healthy Mets pitchers. (Though why the Times did not choose David Frum remains a mystery to this reader.) And the issue cuts both ways. Times readers might just as well ask why the paper hasn’t offered a column to a single writer who shares the views of America’s most popular politician: Bernie Sanders.