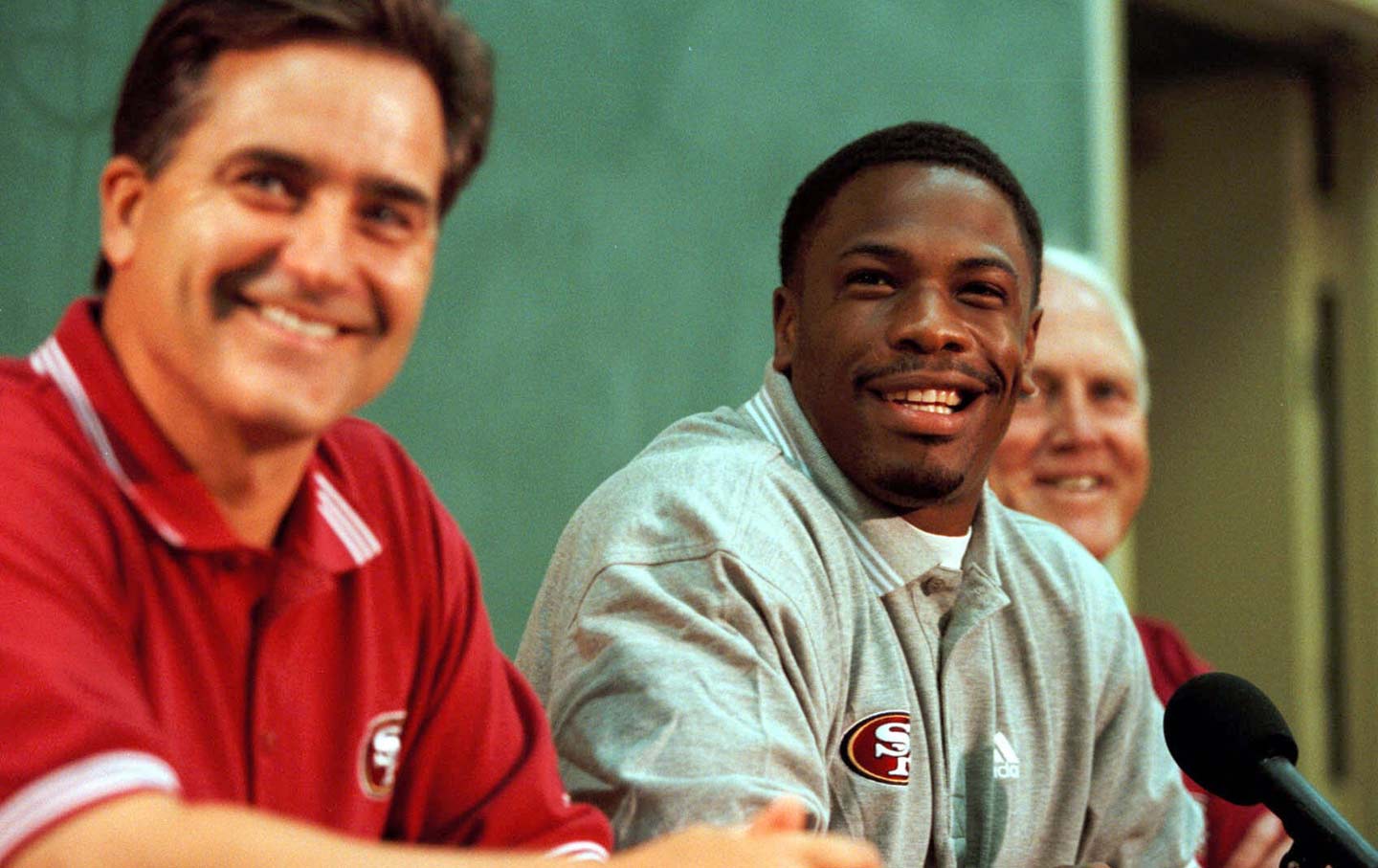 Another middle-aged former NFL player committed suicide on Wednesday. His name was Lawrence Phillips, and he was found unresponsive in his cell at Kern Valley State Prison in California. He was taken to a local hospital and died soon after. It was a long way from college-football stardom and NFL dreams, and could have perhaps been prevented if only someone had taken a moment to give a damn, not only before but after his incarceration.

Lawrence Phillips started his life as a target of constant physical abuse by the men in his mother’s life. In the words of a former teammate, he “went to school in sixth grade and never came back.” Phillips was shuffled through group homes before his football skills got him plucked out of poverty. Then, when off-field issues outpaced his on-field production on the NFL’s ledger sheet, he was cast aside.

The one-time Cornhuskers star was serving 31 years for driving his car into three teenagers and assaulting an ex-girlfriend. It was the latest in a long, ugly, and almost certainly under-documented history of violence against women. This was learned behavior. Phillips mother was repeatedly beaten, battered, and abused. In the words of a teammate, he grew up “seeing things no child should see.” Before his 12th birthday, Phillips was knocked unconscious by a man she was seeing while trying to defend her. As his former teammate said, “He was a hurt person. And hurt people… hurt people.”

Yet his early run-ins with the law, instead of provoking interventions by the football coaches who comprised the adult authority figures in his life, only brought cover-ups, aimed to protect their golden goose: a kid who coaches and who, scouts said in hushed tones, ran the ball like a future MVP. In listening to a series of interviews with old teammates, you hear stories of violence conjoined with mental illness: of someone who “didn’t have all the tools in his tool box,” who could turn from kindness to anger on a moment’s notice, lash out, and then be consumed with regret. This was someone who needed counseling. Instead, he had people just hoping he would win the big game before his next arrest.

That took place most notoriously at Nebraska, where Phillips dragged his ex-girlfriend, Kate McEwen, a basketball player, down a flight of stairs. After pleading “no contest” to charges of misdemeanor assault, he was suspended for just six games. As for McEwen, she had her athletic scholarship taken away. An abhorrent message had been sent to not only Phillips but to a team that collected gender-violence charges like they collected conference titles.

Phillips’s coach, the legendary Tom Osborne, said at the time that he took Phillips back onto the team without further punishment because the young man needed “structure” and stability that only Cornhuskers football could offer. That “structure” was a college football program that, like so many others, was built on rank exploitation, with little care for the person under the helmet.

The NFL was not any better. After Phillips was selected with the sixth pick in the 1996 NFL draft by the Rams, team president Georgia Frontiere (the only female NFL president at the time) said, “If it helps our team, that’s all I care about. The thing that counts is the future.” Not Phillips’s future, the team’s future. His future would be defined less by success on the field than by more violent episodes.

Whether or not the childhood trauma experienced by Phillips was aggravated by brain injuries from playing football, one fact is certain: Living in the notorious Kern Valley State prison did not help. Our system of mass incarceration is pure torture for the mentally ill. Lawrence Phillips’s story exemplifies that.

In March 2015, Phillips wrote to his mother, “I feel myself very close to snapping. My anger grows daily as I have become fed up with prison. I feel my anger is near bursting and that will result in my death or the death of someone else.” Sure enough, in September 2015, Phillips was charged with strangling his cellmate, an instance he swore was self-defense.

Phillips’s letters to his family and coaches from behind bars describe a situation that must have set his brain on fire. Here are just some excerpts from some of his letters that have gone public about the prison he called “a jungle”:

We are on lock down at this time due to a murder and the stabbing of five other dudes. I hope you and your family are well and had a Merry Christmas and Happy New Year.

All they want to do is the drugs, make knives and make alcohol. Then they say when they get out they will not come back. I tell them of course you will. You are doing the same thing that got you locked up. Of course they do not want to hear that. It is like speaking to a brick wall.

We are still on lock down because they found a hacksaw in someone’s cell. Apparently people use the saw to cut up the bunks and make knives. It is completely nuts in here. It is pretty much a free for all.

In a final, brutal irony, Phillips was defending himself on these latest murder charges by paying his attorneys from his expected $1.4 million share of the league’s $1 billion 2015 class-action concussion settlement. We will see how much the brain disease associated with football, CTE, ravaged his mind in the coming autopsy.

Predictably, few people are mourning Lawrence Phillips. It’s so much easier to say “he was a monster” than asking much more difficult questions: How did Lawrence Phillips die if he was supposed to be in protective custody? Why are there such pathetic mental-health services in our prisons, when a majority of the 2.2 million of the incarcerated suffer from some form of mental illness? Why does our system of mass incarceration destroy people, particularly black and brown people, so casually? How many coaches would cover up for the Lawrence Phillipses of today as long as they could carry the rock? Is this the exception or the norm? And most critically, who killed Lawrence Phillips? He may have died by his own hand, but it was also a death in slow motion, taking place over the course of decades, with many who either pushed him toward this fate or turned the other way, as he hurtled toward an appalling end.

We could ask these questions. Or we could just throw dirt on Lawrence Phillips’s grave and name. The latter option is easier. It also guarantees that this story will repeat itself, with only the names changed.

Editor’s note: An earlier version of this piece stated that Phillips died in his cell. The text has been updated to clarify that he was found unresponsive in his cell and died in a hospital soon after.