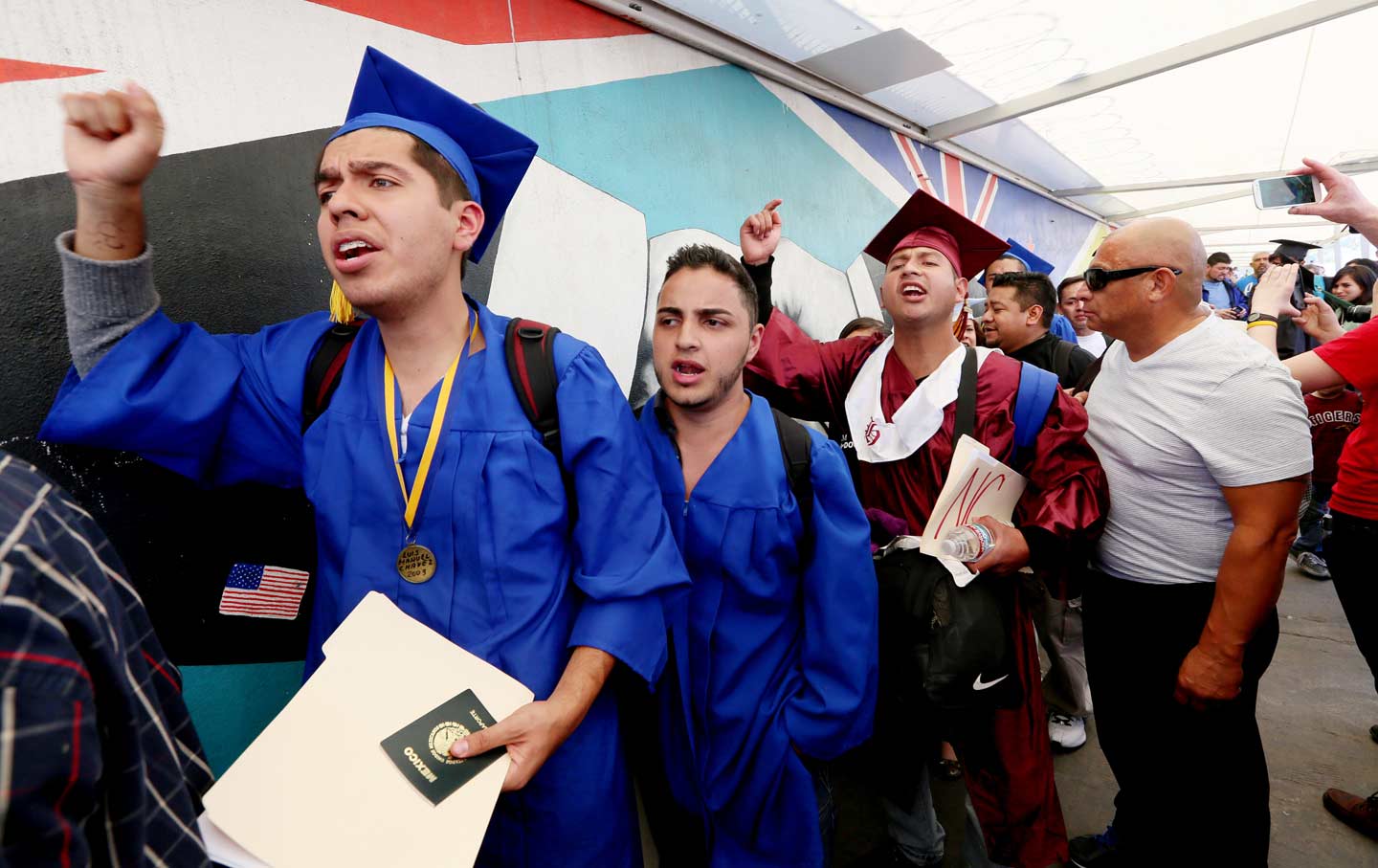 By now James O’Keefe’s heavily edited video alleging to show Democratic operatives planning voter fraud has orbited around the social-media universe. I am one of the people in the film and, like many viewers who have common sense, I found it less of an investigative report and more of a soap-opera drama.

Like previous O’Keefe videos, this one presents heavily edited footage to distort reality and create a narrative that serves the goals of Donald Trump and his supporters. Indeed, a recent report shows the Trump Foundation donating thousands of dollars to Project Veritas, the organization behind the videos.

Voter Suppression Is a Much Bigger Problem Than Voter Fraud

In real life, I was explaining what the outcome of the presidential election will mean for the future of voter-ID laws, which have prevented thousands of Americans from voting; the role of civil disobedience in politics; and the role of activists in planning those protests.

I find it amusing to learn that the people who were interviewing me were fake representatives of an invented donor who supposedly wanted to give money to the immigrant-rights movement. Pretty clever.

During our short conversation, I explained a few times the effective work that my organization, the DREAM Action Coalition, has done and that has been covered by the media—namely, our successful tactic of having people who are directly affected by a broken immigration system confront elected leaders, to obtain answers to the issues that matter to the country.

I myself have confronted Republican and Democratic presidential candidates to get answers that matter to my family; I have even been arrested while speaking out against anti-immigrant politicians.

Throughout the conversation, the two conservative operatives said that their fake donor wanted to go beyond this kind of activism and help people vote twice, as a way to enfranchise those who can’t vote. Several times, I informed them that voting twice is illegal, but I told them we could go another route to give people who don’t have a vote a voice in the election.

In light of Tea Party efforts around the country to make it harder for minorities to vote, I told them, their donor could immediately support a campaign that would elevate the voices of American citizens who want to commit their vote on behalf of their undocumented loved ones. Another option was to support initiatives like the NYC ID program, which allows anyone, regardless of immigration status, to obtain a much-needed identification card and thus gain more access to civil society. Despite these options, the operatives were pushy in their donor’s desire to help people to vote twice all over the country.

I assured them my confidence and allowed them to talk about their schemes as a way to humor a potential supporter. Needless to say, never would I have participated in any voter-fraud scheme. The unedited video tells the complete story.

While O’Keefe’s tactics are sloppy and distasteful—not to mention possible grounds for defamation—what is clear is that O’Keefe is, like any activist, battling it out for political relevance. Indeed, we have organized daring actions where we have sneaked into hotel fundraisers, sometimes disguised as waiters or passionate groupies, in order to gain access to a politician.

American history is filled with stories in which activists organized campaigns with elements of theatrics to rally the people into action. Take, for example, the Boston Tea Party. On the night of December 16, 1773, the Sons of Liberty, disguised as Native Americans, boarded three ships in the Boston harbor and threw 342 chests of tea overboard. This pushed a reluctant public closer to war and independence from the British Crown.

During the 1960s, young African-American students at a segregated Woolworth’s lunch counter in Greensboro, North Carolina, sparked a carefully planned sit-in movement that soon spread to college towns throughout the country. Though many of the protesters were arrested for trespassing, disorderly conduct, or disturbing the peace, their actions made an immediate and lasting impact, forcing establishments to change their segregationist policies.

I certainly don’t hold grudges against O’Keefe or the operatives, because what these videos demonstrate is the ever-present gladiatorial nature of American politics. He is an activist of the far right who is serving, albeit with deception and lies, the interest of his conservative, mostly white constituency.

The videos got their media hits and successfully deluged my social-media accounts with hate messages, death threats, and even a funny remark that, in addition to being guilty of voter fraud, I would next claim that Donald Trump fondled me. However, this political gladiator is still standing, and I am ready for the next battle on behalf of my family and my community.