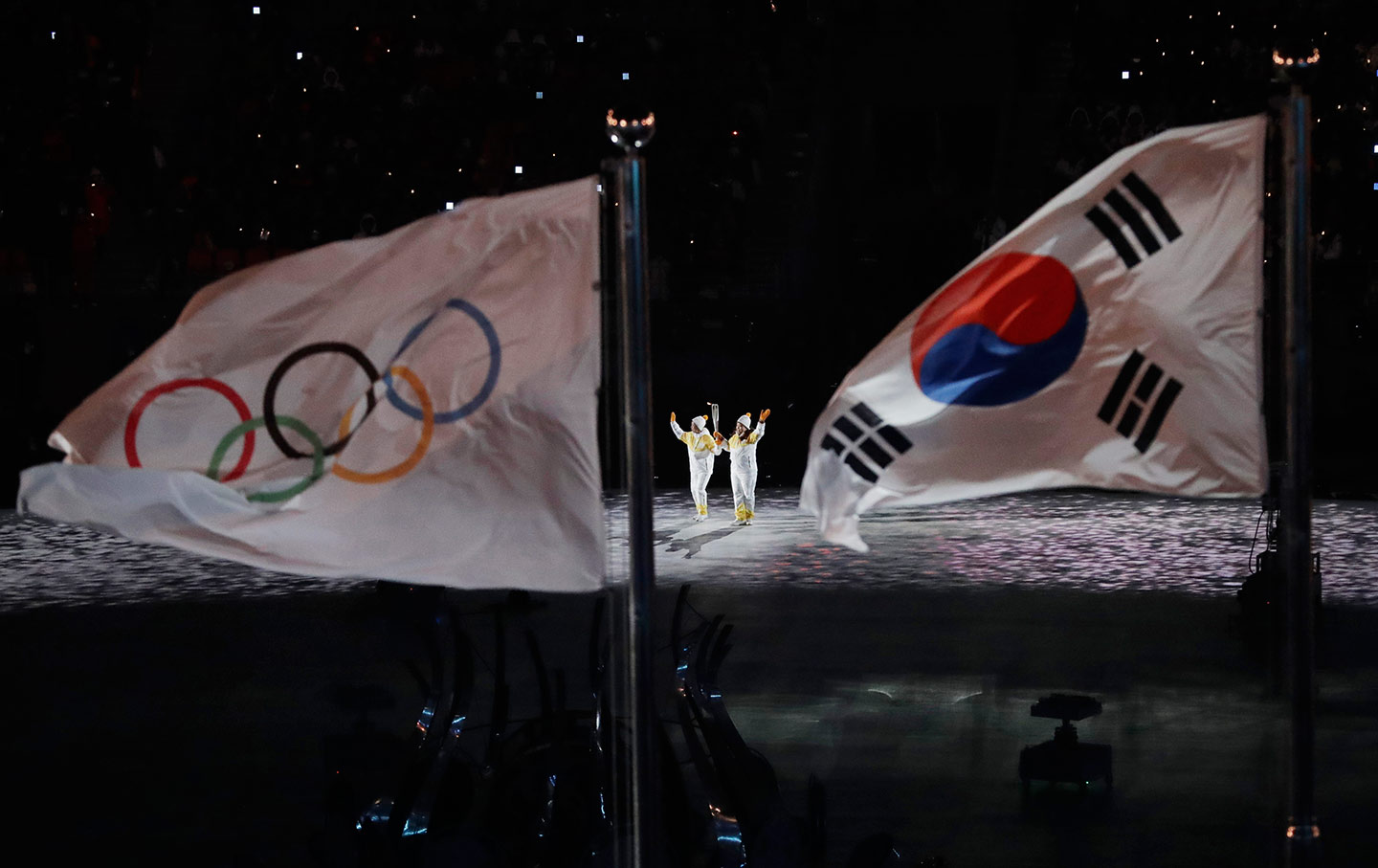 The Pyeongchang Olympics are taking place in a very different South Korea than the one that hosted in 1988, but there are echoes in the story lines. Nearly 30 years ago, mass protests had recently pressured military dictator Chun Doo-hwan to allow the country’s first truly democratic elections to go forward. Today, South Korea is emerging after millions of people rallied in the streets against Park Geun-hye, a corrupt right-wing president impeached last year.

In both cases, many activists who initially opposed the Olympics ended up supporting the Games once they took on a new political meaning. In 1988, many believed that the international spotlight that came with the Olympics would help temper the last excesses of a violent regime. Today, progressives as well as the new president, Moon Jae-in, a former human-rights lawyer, are hoping to use the event to revive ties between North and South Korea. While the Trump administration has repeatedly called for amplified military pressure during the Games, Kim Jong-un surprised onlookers by deciding to send North Korean athletes to Pyeongchang to compete alongside their South Korean counterparts. Without a doubt, the Pyeongchang Games have become Moon’s most public venue for enacting his foreign-policy agenda. But the South Korean president’s overtures to the north have not been without controversy on his domestic political turf.

Heejoon Chung, a sports-science professor at Dong-A University, flagged concerns about the Pyeongchang Olympics for a decade, cautioning that attentive planning would be needed to mitigate the potentially disastrous financial burden of the Games, especially on Gangwon Province. But with the Olympics nearing their end, Chung revisits the past, present, and future of the Pyeongchang Games and explores what the event reveals about South Korea’s left. 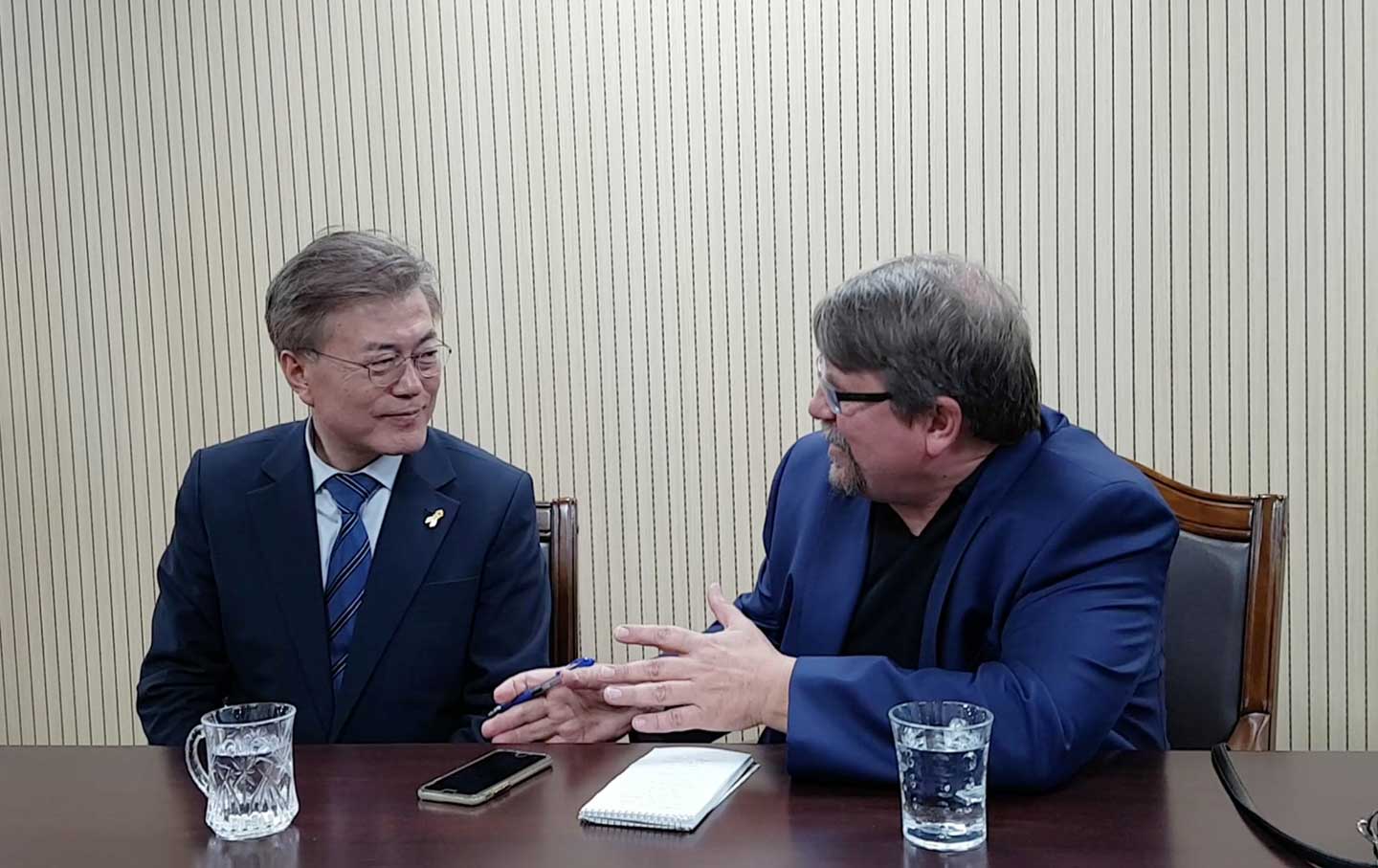 Madeleine Han: Last year, you criticized the Pyeongchang Olympics in a Pressian op-ed for placing undue burdens on the country, citing the extravagant funds needed to build and maintain the venues as well as the event’s shortcomings as a tool to rebuild the nation in the wake of Park Geun-hye’s impeachment. Why did you initially oppose the Olympics, and have your feelings about the Games changed?

Heejoon Chung: My initial opposition was because the city of Pyeongchang in Gangwon Province isn’t hosting the Olympics out of love for or expertise in winter sports as much as it is for local development. You can see that from the way the Pyeongchang Organizing Committee for the Olympics opted to build new infrastructure, oftentimes at an unnecessarily large scale, rather than utilize preexisting facilities.

It’s important to remember that Gangwon Province shares a border with North Korea and is Seoul’s source of drinking water, which means it missed out on a great deal of development after the Korean War Armistice was signed. The Olympics are an attempt by the province to close the development gap that had emerged in the intervening decades. But the costs of the Olympics will continue to place a tremendous financial strain on Gangwon Province post-Games, and will be an even greater burden on South Korea’s national coffers. Another problem is that the sports infrastructure that has been built for the Games will not be particularly useful for South Korea after the Olympics.

This is why, a few years ago, I worked with civic groups and other scholars, calling for—not a boycott, but for a smaller-scale event; for the Olympics to be held at multiple locations instead of one. But the entire country became so caught up in the Park Geun-hye incident and the impeachment that it became very difficult to engage in a new discourse about the Olympics. By last year, when the Games were only a year away, it was too late; successfully hosting the Olympics without incident became everyone’s top priority.

As for my position today, although Green Korea United [a South Korean environmentalist group] is still criticizing the Olympics, I changed my stance somewhat; the people of South Korea were left exhausted after the Park impeachment, but the festivities and excitement of the Games will serve as an encouraging, uniting force for our country.

MH: The Olympics are a global tradition. What makes these Pyeongchang Olympics unique from other Games?

HC: Pyeongchang 2018 is significant because, like the 1972 Munich and 1988 Seoul Games, it is being held in a divided nation. Another unusual factor is that we are under the constant threat of war, as you can see from the missile and nuclear tests North Korea undertook not long before the Games. It’s also important to note that Kim Jong-un suddenly changed his tune early this year, expressing North Korean interest in participating in the Olympics and even putting the missile and nuclear tests on hold. These geopolitical circumstances are allowing Pyeongchang 2018 to emphasize the theme of peace. Each of the recent Games have been derided as “the worst” in Olympic history, especially Sochi and Rio. But I think Pyeongchang will be able to avoid that unfortunate moniker, and maybe even go down as one of the better Games.

MH: We’re over a week into the Games now. What do you make of President Moon Jae-in’s engagement of the Olympics as a way to promote his foreign-policy agenda with not only the DPRK but also the United States?

HC: Inter-Korea relations were quite frosty during the nine-year stretch when the Lee Myung-bak and Park Geun-hye administrations were in power. The Moon administration, however, is trying to engage in peace-seeking dialogue with North Korea without stepping on the US’s—especially President Trump’s—toes. Dialogue between the nations is progressing smoothly, and particularly notable is the fact that Trump’s belligerent stance is beginning to change. He is slowly growing more open to peaceful dialogue. In addition, Moon Jae-in also advised Kim Jong-un’s sister Kim Yo-jong to engage in talks with the US, showing that US-North Korea dialogue is imperative to lasting peace on the Korean Peninsula. From the number of news articles discussing North Korea and the US’s newfound interest in dialogue, President Moon seems to be doing an excellent job of diplomatically engaging with both.

MH: Environmentalists have contested the destruction of sacred Mount Gariwang for the Jeongseon Alpine Center. What has happened to the environmental movement around the Olympics since these protests?

HC: With regard to Mount Gariwang, an environmentalist group called Green Korea United attempted to intervene on multiple occasions. The alpine-slope facility on the mountain is only usable by professional, Olympic-level athletes, which means it can’t be integrated into a tourist resort after the Games. Green Korea United is calling for the mountain to be restored to its original condition after the Games, but complete restoration will be difficult, which means the future state of Mount Gariwang remains to be seen.

MH: The Olympics are less than three weeks long, meaning in any case that the Games are a temporary at best, illusory at worst, solution to North-South tension. Do you see the Olympics influencing inter-Korean relations in the long term? If not, what do you think will be the biggest challenges for progressives going forward, and what would you propose in response?

HC: It’s difficult to say at this point whether the Olympics will have a sizable influence on inter-Korean relations. I think the Moon administration will make good use of the positive political opportunities offered by the Olympic Games and improve South Korea’s relationship with North Korea and the US. The Olympics, in that sense, are serving a catalyst role for accelerating that peace-building process.

MH: With Los Angeles hosting the Olympics in 2028, what advice would you give Americans who are wary about hosting the games?

HC: Many cities, including Los Angeles in 1984, hosted Olympic Games so successfully that they bid again for future events. The International Olympic Committee’s Agenda 2020 three years ago shows that the IOC feels that the Olympics are urgently in need of change. This means that Los Angeles, with its confirmed host-city status, is in a position to negotiate excellent terms for itself—terms that the IOC will realistically have to accept in its current situation. If LA can capitalize on this opportunity, I believe it can create a new Olympic model that improves upon the old one.

Translated from Korean by Slin Jung.