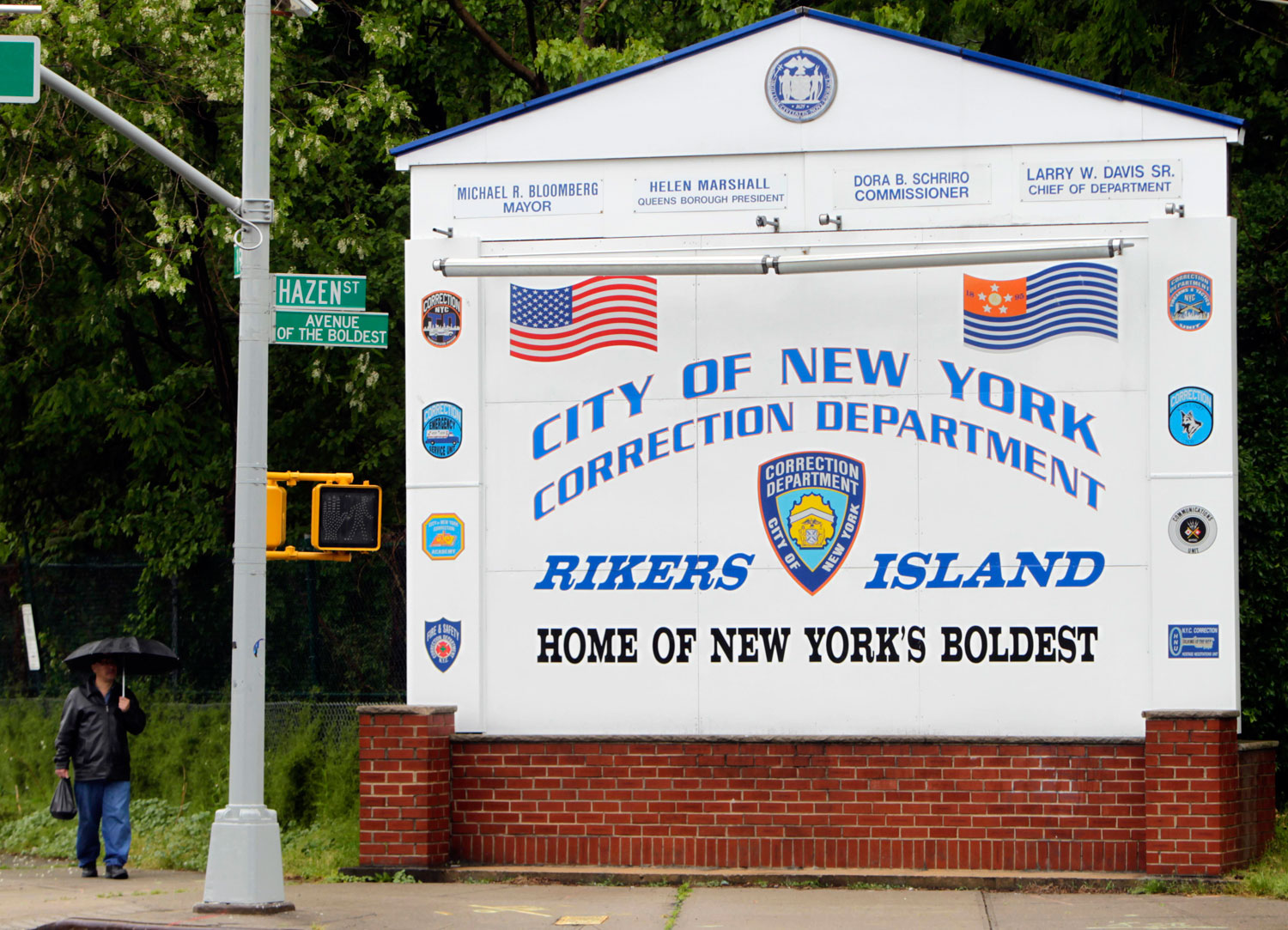 “The Rebirth of Stockholder Capitalism?” by Robert Reich. Guernica, August 8, 2014.

In this article, Robert Reich offers useful terms to understand the paradox of our financialized economy: shareholders have been reaping the profits of most companies at the expense of other stakeholders, a larger category that encompasses employees and customers. Some companies are trying to circumvent this, such as the supermarket brand Market Basket, which reinvests its profits into providing higher wages for employees and lower prices for customers—as opposed to funneling money to shareholders. Inevitably, soon enough the company's board fired the CEO who started the initiative, to great public outrage. The control of companies by shareholders is absolute but benefits no one but shareholders themselves. Because of this, Reich advocates for a stakeholder capitalism, with companies taking into account their customers' constrained salaries and their employees’ basic necessities (and more cynically, purchasing power) in their decision making. These are the most basic measures we could ask for in a strained economy. But I wonder whether shareholders' unchecked power on industry is inherent to capitalism itself, insofar as there are shareholders with the leverage to drive companies according to their own interest. We need deeper, structural reform.

Nation writer Michelle Goldberg's piece on the divide between radical feminism and transgender identity adds another dimension to the influx of attention trans rights has received recently (e.g. trans* actress Laverne Cox appearing on Time magazine's cover last June). The complexities behind this particular issue within the trans rights realm has led Goldberg's piece to already face backlash for being one-sided, especially from the viewpoint of the trans community. It goes to show that the process of grasping the politics behind gender is only just beginning despite trans individuals having been in the public eye for years.

“The Most Wanted Man in the World: Edward Snowden in His Own Words,” by James Bamford. Wired, August, 2014.

In this article, James Bamford profiles Edward Snowden in hopes of answering his burning question: What drove Snowden to leak thousands of top-secret documents of domestic surveillance programs? Snowden reveals throughout the piece that he intended for the government to have some idea about what he stole, and that the biggest question is not what new story will come out next, but how that problem will ultimately be addressed.  His answer: We can end mass surveillance with technology, without any legislative action at all. Initially, as he first headed to Hong Kong before releasing the NSA documents, he expected that Americans would collectively shrug and move on from the information he had leaked; and regarding the question of whether or not there is another leaker, Snowden expresses how that simply underscores the NSA’s inability to control the massive amount of private information it has been collecting. This captivating piece is the story of Edward Snowden’s intelligence career and decision to become, as Bamford describes, “a uniquely postmodern breed of whistle-blower.”

"The New Racism: This is how the civil rights movement ends" by Jason Zengerle. The New Republic, August 10, 2014

James Zengerle uncovers the efforts of the Alabama legislature's Republicans, since the 2010 Tea Party wave election, to roll back a half century of progress on all fronts, from Medicaid expansion to the imposition of strict voter ID laws doubtlessly intended to restrict voter participation—and to render moot the civil rights movement's biggest achievements. Zengerle focuses on a state senator, Hank Sanders, who has been marginalized in the wake of the GOP's takeover. In only the past few months black voters helped Thad Cochran win his GOP runoff in Mississippi against an extreme candidate, giving the impression that they can play a pivotal role in the coming midterm elections. "But these will likely be pyrrhic victories," Zengerle notes. "At the state level, Republicans can continue to win by catering exclusively to white voters, pushing the parties even further apart and making state laws ever more extreme. The fact that black people in the South still have the right to vote, and they’re still able to elect black politicians at the state and local levels, is what makes the end of the Second Reconstruction so much more insidious than the end of the First. Lacking white politicians to build coalitions with, those black politicians are rendered powerless. As Kareem Crayton, a University of North Carolina law professor, told me, 'The situation today has the semblance of what representation looks like without very much ability to actually exercise it.'”

The graphic novel is a male-dominated genre in which women's bodies are distorted and exploited, perhaps even more than they are in other realms of popular culture. In this BuzzFeed article, twenty-three female graphic novelists respond to this trend with representations of female bodies that they feel are closer to their own life experiences. “I look forward to the time when honest depictions of women’s bodies are a normal thing to look at, instead of some kind of statement," writes graphic novelist Anya Ulinich. “I love any excuse to look at naked bodies in a nonsexual context," writes Liana Finck.

“Death in Gaza: Some Counts More Controversial than Others,” by Peter Hart. FAIR.org, August 12, 2014.

The New York Times and Washington Post published articles recently that suggested (read: encouraged) the world to be skeptical of the death toll coming out of Gaza. At the same time, Palestinian and non-state organizations have reported that 84 percent of the deaths in Gaza right now are civilians. But surprise! Israel doesn't agree. The dispute over how many, and who, is being killed should be rather telling. As the author of this piece writes, the quarreling over death toll numbers is " reminiscent of some of the problematic reporting about deaths in the Iraq War. Which might lead one to conclude that what makes a given death toll controversial is linked to who is doing the killing."

Recently, Ugandan pop star Bobi Wine was denied entrance into the United Kingdom and was forced to cancel performances over his homophobic stance and lyrical content. But Bobi Wine's visa denial does not come as a shock. For months, gay rights groups have voiced outrage over Uganda’s homophobic policies. But recently, Ugandan gay rights activists were celebrating victories—"Uganda's Constitutional Court recently overturned a ruling that would have seen homosexuals face life imprisonment" – and earlier this month LGBT groups celebrated their third annual pride celebration. As the nation’s former colonial power, there is a level of irony within Bobi Wine's UK visa denial—which offers a major statement against the Ugandan government’s anti-gay agenda. There is no telling what impact the UK's decision will have, but in the coming months the opposition in Uganda will continue to fight against the institutions that oppress sexual minorities.

This New York Times investigation provides a harrowing account of how society’s most vulnerable are treated at Rikers Island, the country's second largest jail. Brutal attacks on inmates by correctional officers are a common occurrence, especially among the mentally ill (77 percent of the seriously injured inmates had received a mental illness diagnosis.) The vivid descriptions of abuse and profiles of inmates subjected to especially cruel treatment shows that mental illness at Rikers Island is met with severe violence. The investigation also reveals that there is no accountability for the correctional officers deplorable behavior, which have left several inmates with major injuries, some even requiring life saving surgery. Sadly, Rikers Island offers only a glimpse into a much larger and more systematic problem that can be found across the country’s correctional facilities—one that reflects a deep lack of understanding and empathy for those suffering from a mental illness.