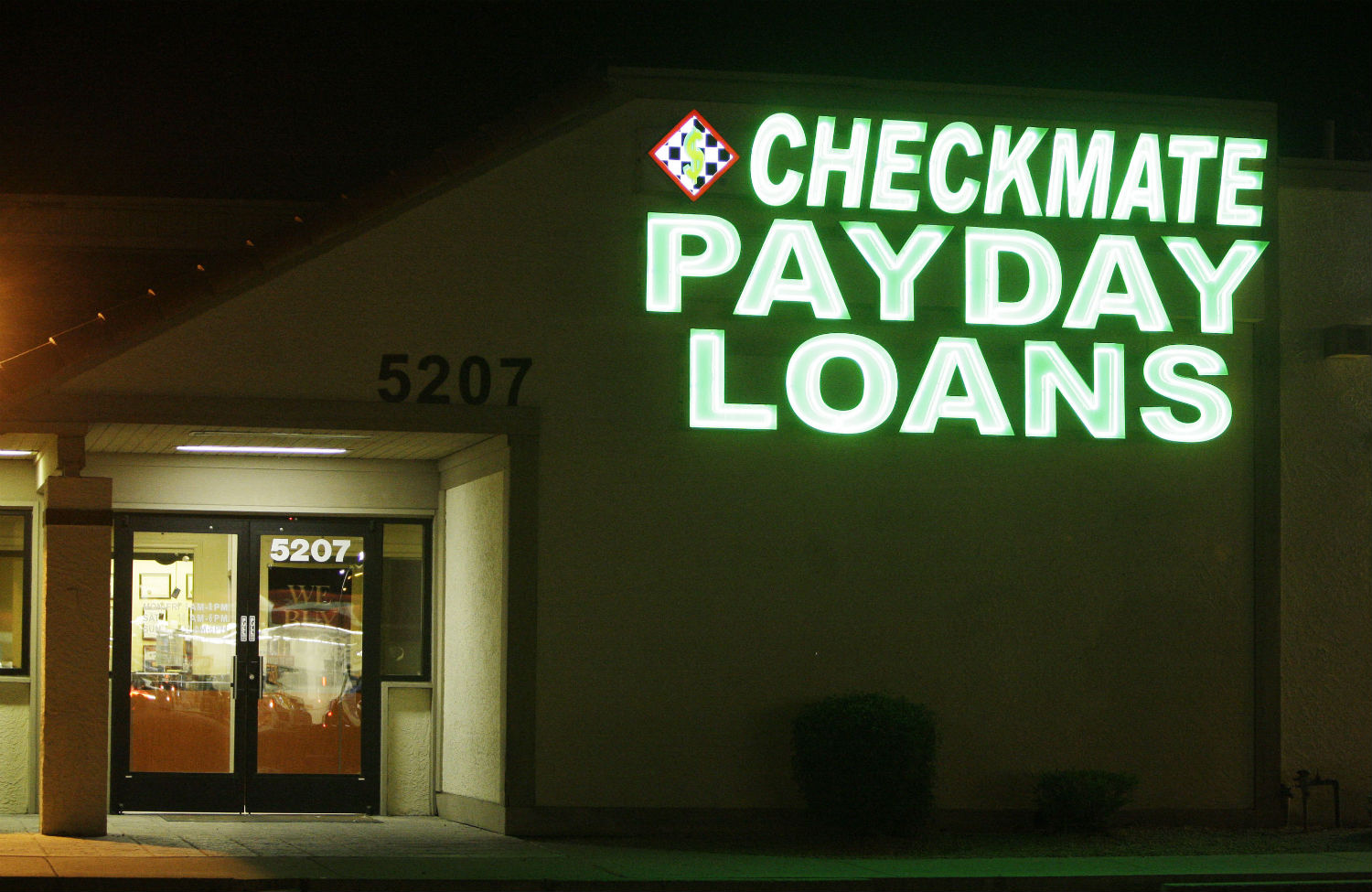 When Dana Jones first heard about payday loans, she was struggling to pay for prescriptions for her mother, who had been struck suddenly with mental illness. She borrowed a small amount that first time—just $50, she remembers—and paid it back when she got her next paycheck. It seemed simple enough, so she began drawing regularly on short-term credit. “I really thought it was a loan that worked like any other loan I had gotten from finance companies,” said Jones, who lives in Baton Rouge, Louisiana. “I just didn’t know.”

What Jones didn’t know is that the triple-digit interest rates charged by many short-term lenders would soon push her into a spiral of debt. “You have one loan, and you end up going to another payday lending company to pay for it, and then you have another one,” she explained. At the low point of a debt trap that lasted for more than a decade, Jones owed money to twelve different creditors. She had no trouble finding new lenders; there are more than twenty on just one street in Baton Rouge, sometimes several on the same block. “I was just drowning in this, and I didn’t see my way out,” Jones remembered.

Jones was almost lucky compared to Thelma Fleming, another Baton Rouge resident who pawned her jewelry, had her checking account shut down and lost her car trying to keep up with a string of loans she took in order to make ends meet after she lost one of her two jobs. “For me, it was devastating,” she said. “It got the best of me to the point where I considered suicide.”

Some 200,000 households in Louisiana borrow from short-term lenders every year, as do roughly 12 million people in the United States. There are about as many payday loan stores in the United States as there are McDonald’s and Starbucks. Typically under $500, the loans are intended to provide small amounts of cash to tide borrowers over until their next paycheck. With interest rates as high as 700 percent, many borrowers end up under a mountain of unpayable debt instead. In Baton Rouge, 20 percent of bankruptcy cases involve payday loans.

“It’s a huge issue, and not one people wanted to talk about,” said Broderick Bagert, an organizer with Together Louisiana, a coalition of religious and civic groups that launched a campaign for stricter rules for payday lenders during the last legislative session. Their push “scared the hell out of the industry,” Bagert said wryly, noting that the number of lobbyists working on its behalf jumped from a handful at the beginning of the legislative session to more than fifty by its end. In late April, the state Senate rejected the bill.

“There is no doubt in anybody’s mind about where the people were, but the lobby this time around had the resources to buy the vote,” said Bagert.

Louisiana has become one of the fiercest battlegrounds in a protracted fight between consumer advocates and the payday lending industry, which exploded during the early 2000s after decades of deregulation and an influx of easy money from Wall Street. The difficulty of establishing state-level protections for borrowers is not unique to Louisiana, and consumer advocates have for years called on the federal government to cap astronomical interest rates.

Finally, action is on the horizon. In a hearing last week, the director of the Consumer Financial Protection Bureau—the watchdog agency established in the wake of the financial crisis—told members of the Senate Banking Committee that new rules for payday lenders would come out sometime in the fall.

“[The CFTC] is very open and very clear that they want to address this problem,” said Bagert, whose group brought their concerns about payday lending directly to Cordray in a field hearing in New Orleans on June 12. “The question is, will they propose regulations that are strong enough?”

Beyond an outright cap on interest rates, consumer advocates have suggested other rules that prevent long-term indebtedness, such a mandatory waiting period between loans, or limiting the number of loans someone can take out in a year or the amount of time a borrower can be in debt and still be eligible for a new loan. Other measures could include requiring lenders to determine whether a loan is actually affordable for a borrower, and stricter reporting standards.

The most critical test will be whether the new rule is expansive enough to keep payday lenders from concealing predatory practices by packaging them as other types of loan products, a tactic the industry has used to thwart several states’ attempts to regulate it. In Ohio, for example, a recent court decision allows payday lenders to evade a 2008 law intended to cap interest rates at 28 percent by offering cash under a mortgage-lending license. A loophole-laden rule similarly undercut the Defense Department’s attempt to crack down on small-dollar lenders that target members of the military.

Ohio Senator Sherrod Brown has been particularly vocal about the danger of a law written too narrowly. “Because most small-dollar, short-term loans possess three of the ‘Four Ds’ that negatively affect consumers—deception, debt traps, and dead ends—the CFPB must address the full spectrum of products being offered to consumers,” Brown wrote in a letter sent to Cordray on Monday. He encouraged Cordray to extend the new rules to auto title, online and installment loans.

In the June 18 hearing, Cordray assured Brown that the CFPB was working “to make sure that what we do won’t be made a mockery of by people circumventing [the new rules] through just transforming their product slightly.”

Dana Jones and Thelma Fleming will be watching from Louisiana. Both were active in the legislative campaign last session, and plan to advocate again this year for bolder action from the state. “I don’t want it to happen to anyone else the way it happened to me,” Fleming said. “I made a very bad choice, but sometimes it’s because we think we’re helping ourselves.”

Both women have finally paid off their debts, but Jones has several relatives trying to untangle themselves from what they also thought would be a short-term relationship with payday lenders. Those businesses claim they won’t survive interest rate caps or other regulations, and that as a result, people who are down on their luck will be cut off from short-term credit. Jones, however, sees the $30 billion-a-year industry’s motives as less than altruistic.

“What they’re doing—they’re robbing people,” she said. “This is America; everybody has a right to have their own business. What people do not have a right to do is make a profit that is demoralizing.”