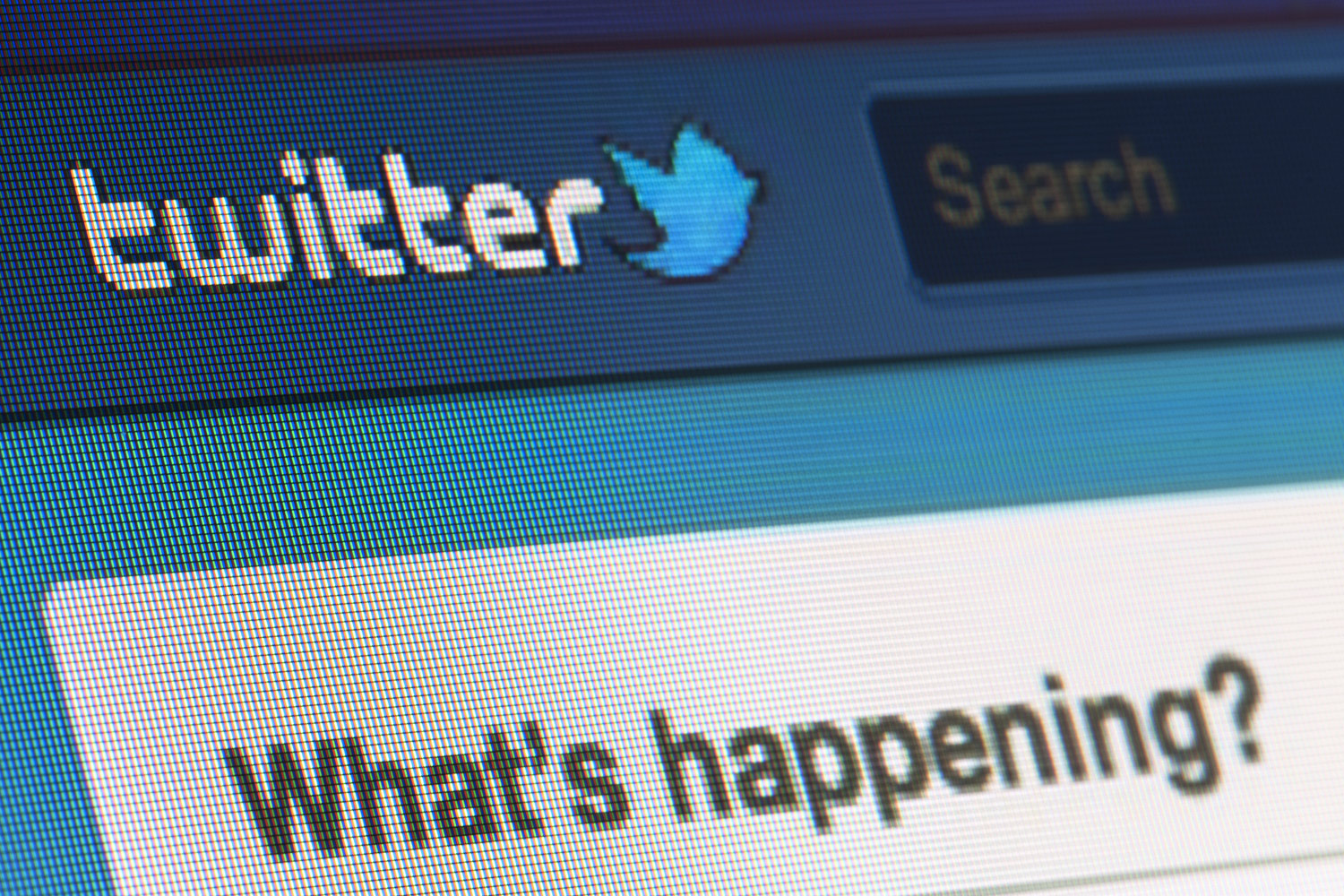 Last week, freelance writer and In The Fray blogger Tina Vasquez tweeted a challenging question: “If every WoC [woman of color] locked their Twitter account, how many fucking journalists would be out of a job? How many academics out of shit to steal?” The response to her tweet was immediate and strong, with several women agreeing that going private might be a useful experiment. One woman, who tweets as @bad_dominicana, replied, “If we blocked all the editors and writers we dont know and locked lol theyd write on dog fashion.”

Vasquez’s suggestion came in the wake of the controversy surrounding a Buzzfeed article that aggregated the responses to a question posed by Christine Fox on Twitter last Wednesday: What were you wearing at the time of your sexual assault? The author of the article, Jessica Testa, selected some of the responses to Fox’s tweet, added a bit of context, and published it that night. Testa went above and beyond what most journalists do when posting articles comprised of tweets. She reached out to the authors and obtained consent to embed their statements, offering to obscure photographs if so desired. However, she didn’t get in touch with Fox, who was distressed to find her image plastered across the Internet and Facebook. A subsequent article at Poynter.org by Kelly McBride inaccurately stated that Fox was not a survivor of sexual assault.

The Buzzfeed article touched off a backlash on Twitter by people, many of them prominent women of color tweeters and bloggers, who want journalists to obtain consent before using their words and images. That backlash led to a patronizing Gawker post by Hamilton Nolan in which he explained, pedantically and at length, that Twitter is public. The Gawker post then inspired several more articles, from The Washington Post and New York about the ethics of using tweets and whether journalists should treat statements from sexual assault survivors differently than others.

The idea of women of color taking collective action to block journalists from reading their tweets is certainly provocative. In one sense, a women of color Twitter blackout would affirm the argument made by Nolan and others that the only way to protect one’s words from being used by journalists is not to issue them in a public forum. For people who use Twitter to share ideas and experiences but don’t want to be exposed to the audiences of mainstream media outlets, taking one’s tweets private—or avoiding the platform altogether—is a form of self-defense.

But there are more radical implications to a Twitter blackout. Implicit in the idea that withholding one’s tweets would affect journalists’ ability to do their jobs is the notion that tweeters are producing something necessary to the “supply chain” of journalism. A Twitter blackout could be viewed as a form of labor action, with tweeting cast as a form of work. That work is obviously unwaged. Are some Twitter users becoming an unpaid workforce exploited for their intellectual and emotional labor?

I reached out to @bad_dominicana, who prefers to be identified by her handle, to ask her to expand on her tweet. She wrote back, in part: “The cycle isn’t a week, but hours after our discussions, the Guardian, Buzzfeed and countless others come to graze off us without ever giving back. Lots of us started pitching and writing for the media that ripped us off to try and get ahead of the cycle and beat the thieves, but its still happening.” If a women of color blackout on Twitter occurs, she writes, “It’d be a long time coming.”

It would be hard for anyone to deny that Twitter has become an important force driving conversations in the media. Twitter is broadly recognized as a platform through which the audience can interact with the creators of media, providing feedback in a much more direct manner than has ever been possible before. Articles that aggregate “Twitter’s reaction to [fill in the blank]” are ubiquitous at online outlets like Gawker, Salon and Buzzfeed. On some occasions a reporter will add context or analysis, but in general the posts are just a collection of other people’s words.

In the past year, however, the media’s relationship with Twitter seems to have gone even further. Aggregation posts on hashtags like #SolidarityIsForWhiteWomen, #NotYourNarrative and #NotYourAsianSidekick are followed by think pieces, radio panel discussions and cable news appearances. Journalists have ready-made stories, freelancers have ready-made pitches and media outlets rack up page-views. (My own first paid publication was commissioned in response to #SolidarityIsForWhiteWomen, based on tweets I wrote that an editor saw.)

On some occasions a hashtag’s creator achieves recognition for her work, as Mikki Kendall and Suey Park have done, and that recognition might produce opportunities to perform paid work—but that is rare. Even then, the other people who joined in and made the hashtag trend go unacknowledged and unremunerated.

In many ways, Twitter is a journalist’s dream: It’s a digital town square that allows for exact quotes and easy attribution, without having to go through the trouble of cultivating sources and transcribing interviews. But at the root of the push for a Twitter blackout is the sense that real intellectual work is going on on the platform—work that goes beyond the role of “source” for another journalist’s post—and that it’s then being mined for profit by media organizations.

It’s important when considering whether or not Twitter is work to recognize the structural issue of diversity and exclusion in the mainstream media. I don’t think it’s a coincidence that the media is particularly fascinated with Twitter conversations started by women of color at the same time that women of color are not well-represented as staffers at media outlets. Conversations like #NotYourNarrative are in many ways a response to that lack of representation, and an attempt to force the media to cover the experiences and opinions of women of color when they wouldn’t otherwise do so. Now that media outlets are showing interest in the stories that women of color have to tell, preventing those stories from being published under someone else’s byline only makes sense. A Twitter blackout, then, is a way of preserving that intellectual work for publication on a media outlet (and for pay).

I’m sure most people would classify this type of tweeting as activism instead of work, akin to offline actions designed to draw media attention to a particular issue. That would assign the tweeters the role of sources (or subjects) who do not and should not expect to be paid. But the fact that media representation is part of what’s being protested complicates this dynamic. Is there really no way for women of color to force the mainstream media to stop advancing exploitive narratives without subjecting themselves to the exploitation of providing their intellectual labor for free?

Another important consideration is the fact that most journalists are themselves working under difficult and often exploitative conditions. While reporters are the most accessible targets of anger, they are themselves under intense pressure from their bosses to produce content as quickly as possible. In any economic system, it’s tempting for the people at the very bottom to target those only one rung above them. But a radical restructuring of our media is not going to occur unless pressure is brought to bear on the people at the top, like the private owners of Buzzfeed who ultimately profit from our clicks. Unfortunately, it’s hard to imagine solidarity forming between tweeters and journalists in the current contentious climate.

The hypothetical Twitter blackout is, as far as I know, only a hypothetical. I reached out to Tina Vasquez, but she declined to comment, as she is planning to write her own article. Withholding one’s labor is always risky business, even more so for those performing invisible work than it is for those performing traditional, waged labor. Without women of color pushing for representation on Twitter, it’s possible that the media would revert to inattention instead of seeking out former tweeters to write for pay. The failure of the Huffington Post boycott to gain traction amongst freelancers is one example of how difficult it is to make any change in an industry where so many people are eager for exposure and willing to do work for free. But even the threat of a blackout provides us with the opportunity to reconsider how we view the ideas, conversations and disputes that flow freely on Twitter each day—less as talk and more as something to preserve and flesh out for a wider audience. Foregrounding the important intellectual contributions women of color have made on Twitter is only the first of many steps, but it’s a step that needs to be taken before we can move forward to any kind of material, structural change in journalism.