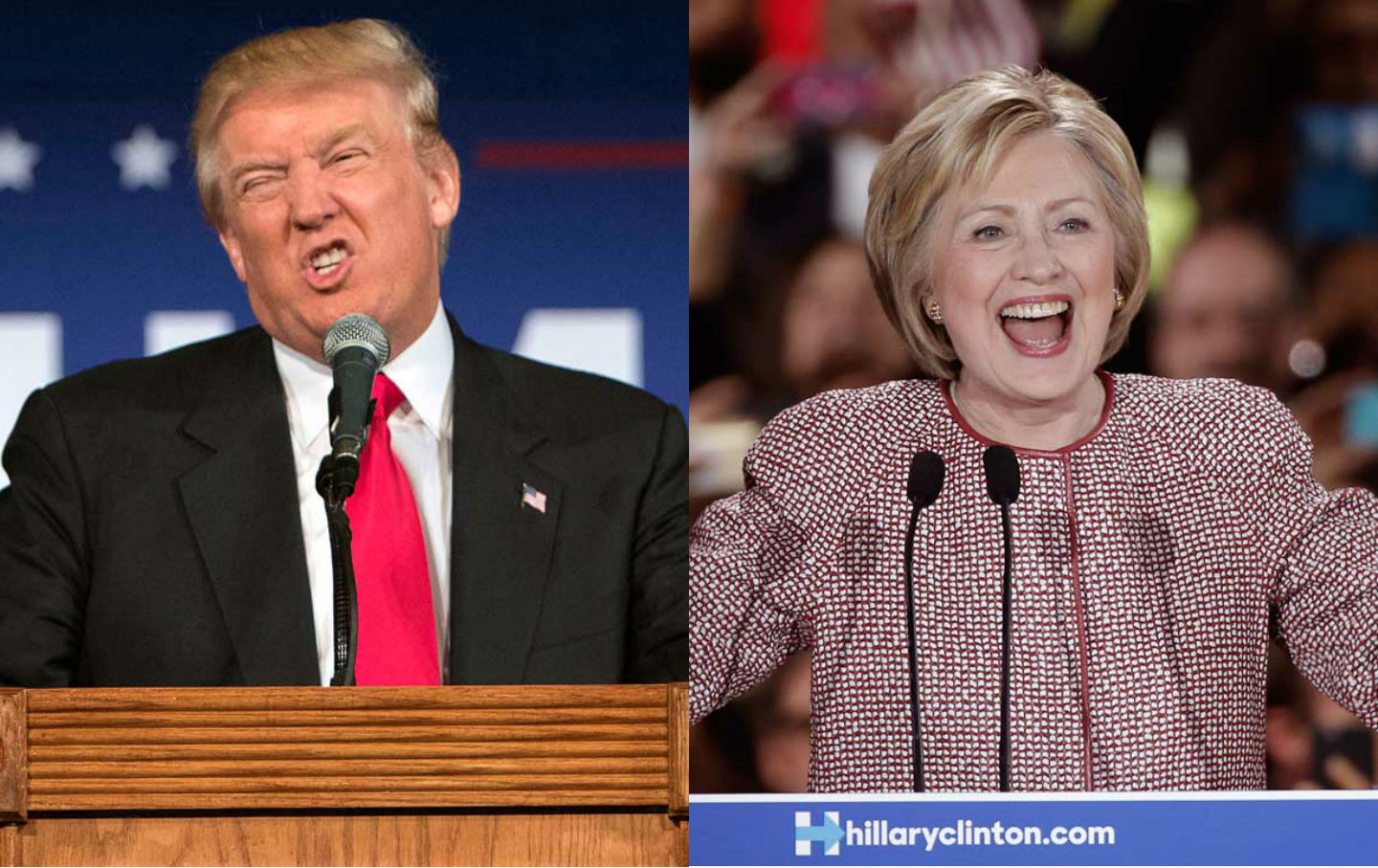 For a moment on Tuesday night, you could almost glimpse a serious general-election candidate on the stage at Trump Tower in Manhattan.

Never mind the strip-club lighting or the Duck Dynasty guy smiling in the background. Having successfully blocked Ted Cruz’s path to 1,237 delegates, Donald Trump previewed a powerful general-election message against Hillary Clinton: He bashed her husband’s administration for signing the North American Free Trade agreement and tagged Hillary as a candidate bought by Wall Street.

Whether by accident or design, Trump has understood like few others seeking the presidency what a powerful factor trade-related job loss is. Just this week, a landmark study confirmed that areas walloped by the loss of jobs to outsourcing and imports were much more likely to move either far to the right or far to the left when it came time to vote. “Exposure to import competition is bad for centrists,” one researcher told The New York Times. “We’ve known that political polarization and income inequality track each other, but that pattern is simply a correlation. We’ve now found a mechanism for how economic changes create further political divisions.”

In a remarkable confluence of events, Trump has come along as a self-funded candidate able to buck GOP orthodoxy on trade and exploit this issue in a general election at the very moment Republicans appear poised to run against Hillary Clinton, who is inextricably tied to the legacy of NAFTA.

Trump’s self-funding also allows him to bash Clinton for her donors in the financial sector. “Hillary Clinton is funded by Wall Street,” he said bluntly Tuesday.

In many ways, this is absurd and unfair to Clinton—while she has verifiably taken quite a bit of money from Wall Street, both for her campaign and herself personally, she is certain to be much tougher on Wall Street than Trump would, based on their respective plans for the financial sector (to the extent Trump has outlined any). It’s also not entirely clear that Clinton is the crusading free-trader Trump believes she is, though her constant and byzantine shifts on the issue, along with the omnipresence of Bill Clinton on the campaign trail, has no doubt confused voters about what she believes, perhaps hopelessly.

But simply put, it’s a really bad time to run as someone easily caricatured as pro–trade deals, pro–Wall Street, and bought by special interests. And Trump has demonstrated a ruthless ability to exploit these weaknesses throughout the GOP primary. (Ask Jeb Bush, whom Trump consistently mocked as a slave to the donor class.)

When Trump melds that with a hardline stance on immigration—which, as we’ve written, is one of the few issues that still unites and deeply animates Republican voters—and a lot of tough talk about taking care of veterans and “bomb[ing] the shit out of ISIS,” you can see a devastatingly powerful campaign taking shape. Not that Trump would surely win White House, and maybe he wouldn’t even get all that close. But you couldn’t rule it out as easily as many pundits seem ready to do, and Trump would probably outperform past GOP candidates in some very interesting areas of the country.

Then, Trump kept talking. And he removed almost any doubt that he is incapable of mounting a serious challenge to Clinton.

“I think only card she has is the women’s card. She has nothing else going. And, frankly, if Hillary Clinton were a man, I don’t think she’d get 5 percent of the vote. The only thing she has going is the woman’s card,” he declared. Chris Christie’s wife rolled her eyes behind him.

There is a long (long) list of statements by Trump that reveal his latent misogyny, right up through the GOP primary, where he made fun of Carly Fiorina’s face and Megyn Kelly’s menstrual cycle. This has badly damaged him with female voters, even Republicans—polls show that close to half of Republican women can’t imagine voting for Trump, while only three in 10 say the same about Ted Cruz. Trump’s numbers with women in the general election are already beyond dismal.

If you want to entertain any ideas that Trump might mount a serious challenge this fall, you must assume he completely stops talking like that and stays relentlessly on his economic message. Even that might not work, but it’d be his best hand.

Trump showed, instead, that he has really no sense of this problem, nor how to handle running against the first female nominee of any major American political party. Based on his past statements, it’s probably because he actually holds very poor and backward views on women. This isn’t just a serious campaign flaw, it’s a fatal one.