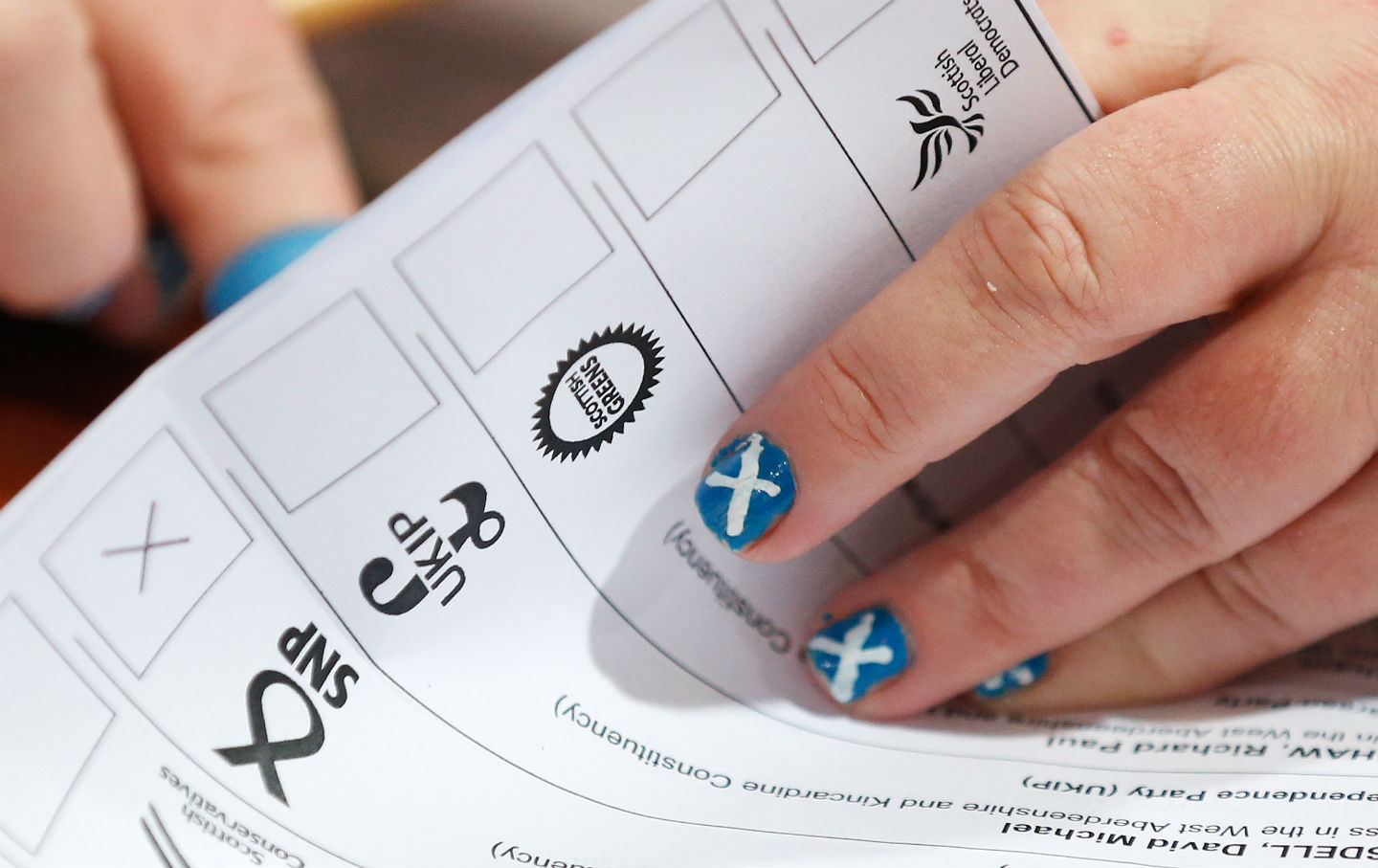 In the end, the only reliable poll in the United Kingdom’s recent elections was the one that people cast at the ballot box. The surveys leading up to the election all suggested a close race, with the two main parties, Labour and the Conservatives, finishing within a few percentage points. The outcome seemed certain to be a coalition government. Indeed, with the exception of Scotland, the campaigns had been so dull that the most interesting thing about the whole process promised to be the horse trading in its immediate aftermath.

And then the votes came in.

The Tories won decisively, with a six-point lead over Labour and a slim majority in Parliament that will enable them to govern alone. It was like watching an innocuous romantic comedy, only to see it turn into a gory slasher movie in the final scenes. Nobody, including the Tories, could quite believe it. It was difficult to tell who was more devastated, Labour or the pollsters.

Two elements of the outcome were widely predicted but none the less shocking for all of that. The Scottish National Party crushed its opponents, winning 56 of 59 seats and 50 percent of the vote. (In 2010, it won just six seats and 20 percent.) The primary victim of that onslaught was Labour, which went from 41 seats in Scotland to just one. This was a left vote, even if it didn’t find a reliably left home. The SNP, a shape-shifting ideological entity once branded the “Tartan Tories,” stood on an anti-austerity and antinuclear platform that disaffected Labour voters found difficult to resist.

The other shocking element was the collapse of the Liberal Democrats, who had been the Tories’ coalition partners for the previous five years. The party plummeted from 57 seats to eight. By the next day, the leaders of Labour (Ed Miliband) and the Liberal Democrats (Nick Clegg)—both former Nation interns—had resigned.

The fact that the results turned out to be quite different from the ones everyone had been predicting was disorienting at first—but after even a brief interlude, it is clear that the shock lay more in altered expectations than in the outcome itself. The Tories upped their share of the vote by just 0.8 percent; Labour, despite a terrible showing in Scotland, increased its share by 1.5 percent nationwide. Neither of these is a particularly impressive result. It has stalled the historical decline of the two main parties, but it has hardly reversed it.

One in eight who went to the polls voted for the United Kingdom Independence Party (UKIP)—think the Tea Party with blazers and postcolonial nostalgia—and 4 percent voted Green. But thanks to Britain’s winner-take-all system, UKIP and the Greens got just one seat each, because their support was evenly distributed across the country. This illustrates how the electorate, to some extent, gets the government it deserves. In 2011, there was a referendum on electoral reform that would have given the UK a more proportional system. That proposal was roundly defeated, primarily on the basis that winner-take-all produces stronger governments. But the opposite is more likely to be true: The Tories have a majority of just five seats and will struggle to keep their rebels in line. In parliamentary terms, the next few years promise to be volatile. In all likelihood, this could be the last majority government that the UK sees for some time. Its electoral system, like that of the United States, is designed for two-party politics. Yet this is no longer the reality.

Moreover, there was a referendum last year on Scottish independence. The Scots voted 55 to 45 percent against it. Now they’ve voted in huge numbers for the party that made independence its marquee issue and are stuck with a Tory government elected primarily by English voters. The electorate has spoken several times, but it’s not clear that it has the slightest clue what it’s talking about.

Labour, clearly, has many wounds to lick. Battered in Scotland, bruised in England, it lost much of its base and gained precious little in return. Miliband ran a fairly conventional, centrist, social-democratic campaign—accepting the guiding logic of austerity while calling for higher taxes on the rich and pandering to the right on immigration. Tony Blair, who only last year was advising the Murdoch empire on how to beat the rap on phone hacking, has predictably led the calls for Labour to now tack right. This is electorally illiterate. The results illustrated the degree to which the nation’s political culture has ruptured, not just ideologically but geographically. Scotland, the Northeast, and London turned left, while England shifted right. There’s no single response to this defeat that will work everywhere.

The Tories, meanwhile, will have a brief honeymoon before they struggle to preserve two unions, both of which they put at risk in order to get elected. The first is the United Kingdom: Having stoked English nationalism to spread fear of a Labour-SNP coalition, the Tories now have to manage an assertive, hostile Scottish delegation that has already made it clear that Prime Minister David Cameron’s government has “no legitimacy” in Scotland. The second is the European Union: To placate the Euroskeptics and fend off UKIP, the Conservatives promised a referendum on British membership in the EU by 2017. Polls show a narrow majority in favor of leaving; that will spook the very financial sector that fought so tenaciously for a Tory win.

However the vote on the EU turns out, the campaign could do to the Tories what the Scottish referendum did to Labour: drive a wedge between the party and its base. And without the Liberal Democrats as junior partners, they’ll have no one else to blame.