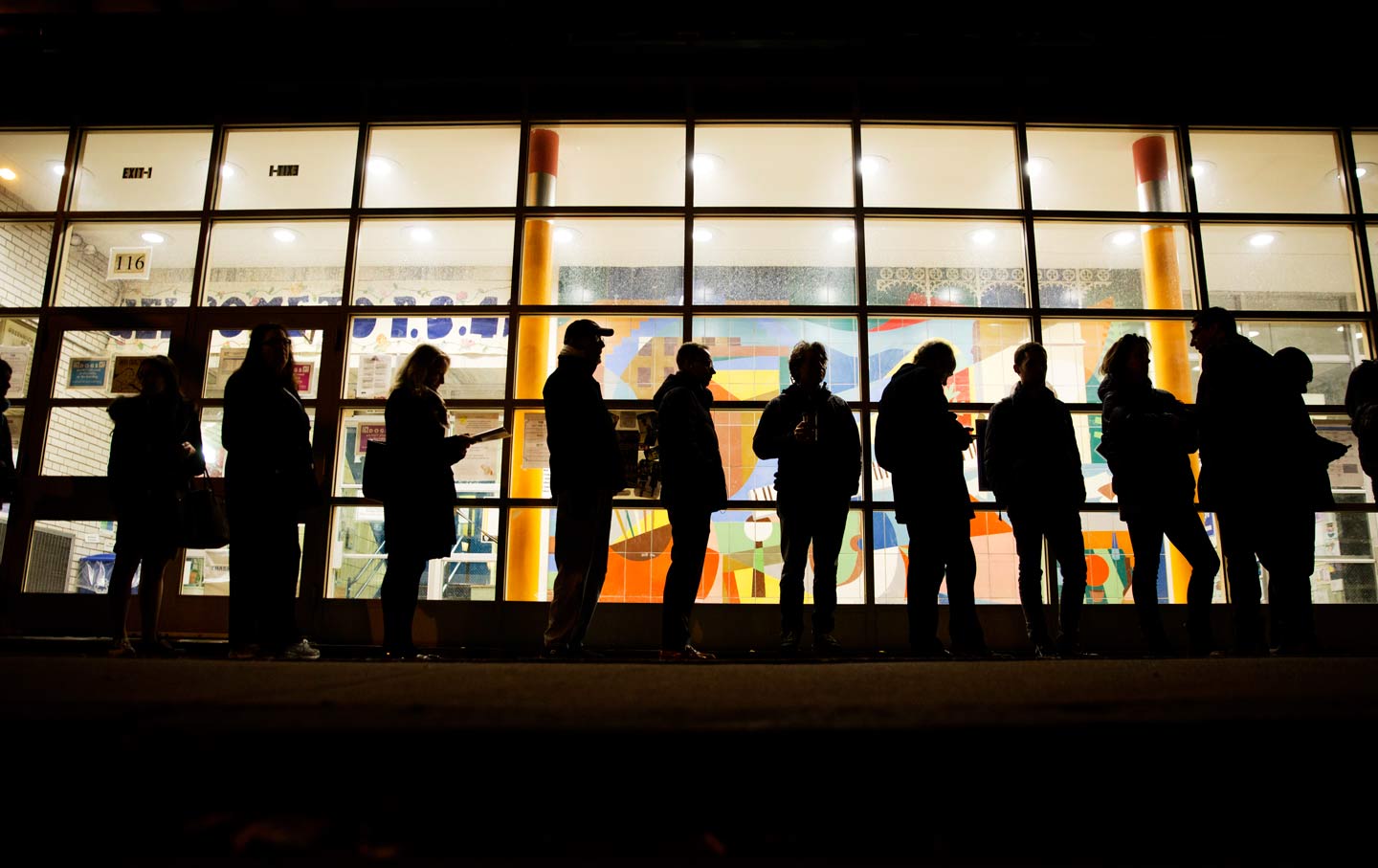 A line of voters stretches down the street as they wait for a polling site to open in New York, on November 8, 2016. (AP Photo / David Goldman)

American voters will vote today for the 45th president of the United States and, if the polling patterns are instructive, there’s a good chance that their choice will be the first woman ever to serve in the Oval Office. But the polls have not always been right in 2016, so the first question to be answered this evening will be the one everyone in the world is entertaining: Did Hillary Clinton or Donald Trump prevail?

Hopefully, we’ll have an answer before the night is done. That’s not guaranteed. Presidential elections frequently remain unsettled on the Wednesday following the first Tuesday after the first Monday in November. As the 2000 Bush-versus-Gore race illustrated, the counting and recounting can carry on for weeks, even months.

But let’s begin with the assumption that this isn’t going to be one of those years.

The national popular vote for president matters. It is the real measure of democracy.

If we get a winner tonight, then come the questions and answers that give meaning to the results.

If Trump wins, the next question will be: “How?” The answer will be that the billionaire Republican reality-TV star under-polled. That’s not an unheard of phenomenon. Voters are not always prepared to tell pollsters that they are willing to support controversial candidates or causes—as the surprise result in Britain’s #Brexit vote illustrated earlier this year. If a Trump upset is in the making, the evidence will come early—in results from New Hampshire and Pennsylvania. If he wins those two states, watch out, the night is going to be a wild ride. And, at the end of it, there will be even more difficult questions to be answered about how sexist, racist, and xenophobic—and scared—America really is.

But let’s assume that Clinton, perhaps boosted by a last-minute reprieve from the FBI, coasts to victory.

Once the presidential race is decided, the question becomes: Can the winner govern? Control of at least one congressional chamber is key and the preferred chamber is the Senate. Republicans have a 54-46 (44 Democrats, 2 independents who caucus with the Democrats) majority now. Democrats are likely to gain seats this year. But how many? Here are the scenarios:

A Democratic takeover of the House of Representatives, where the Republicans now have a 247-188 majority advantage, has been a remote prospect throughout the 2016 competition. But a narrowing of the Republican majority would strengthen the hand of a President Clinton while weakening the bargaining position of House Speaker Paul Ryan (who, presumably, although not certainly, will retain his position). There are lots of races that Democrats are watching, including contests for seats in New Hampshire (where former congresswoman Carol Shea-Porter is attempting a comeback) and Minnesota (where newcomer Angie Craig could grab a Republican seat representing the suburbs of the Twin Cities). If Democrats pick up a dozen or more seats, it will get easier (though never easy) to make demands of Ryan. It will also empower the handful of reasonable Republicans who might actually choose to engage in the process of governing.

Beyond the federal races, thousands of contests and referendums will be decided at the state and local levels nationwide. Here are a few that count for a lot:

There are local contests that matter, such as the race for sheriff in Maricopa County, Arizona, where Trump ally Joe Arpaio could finally be defeated.

She is so right.