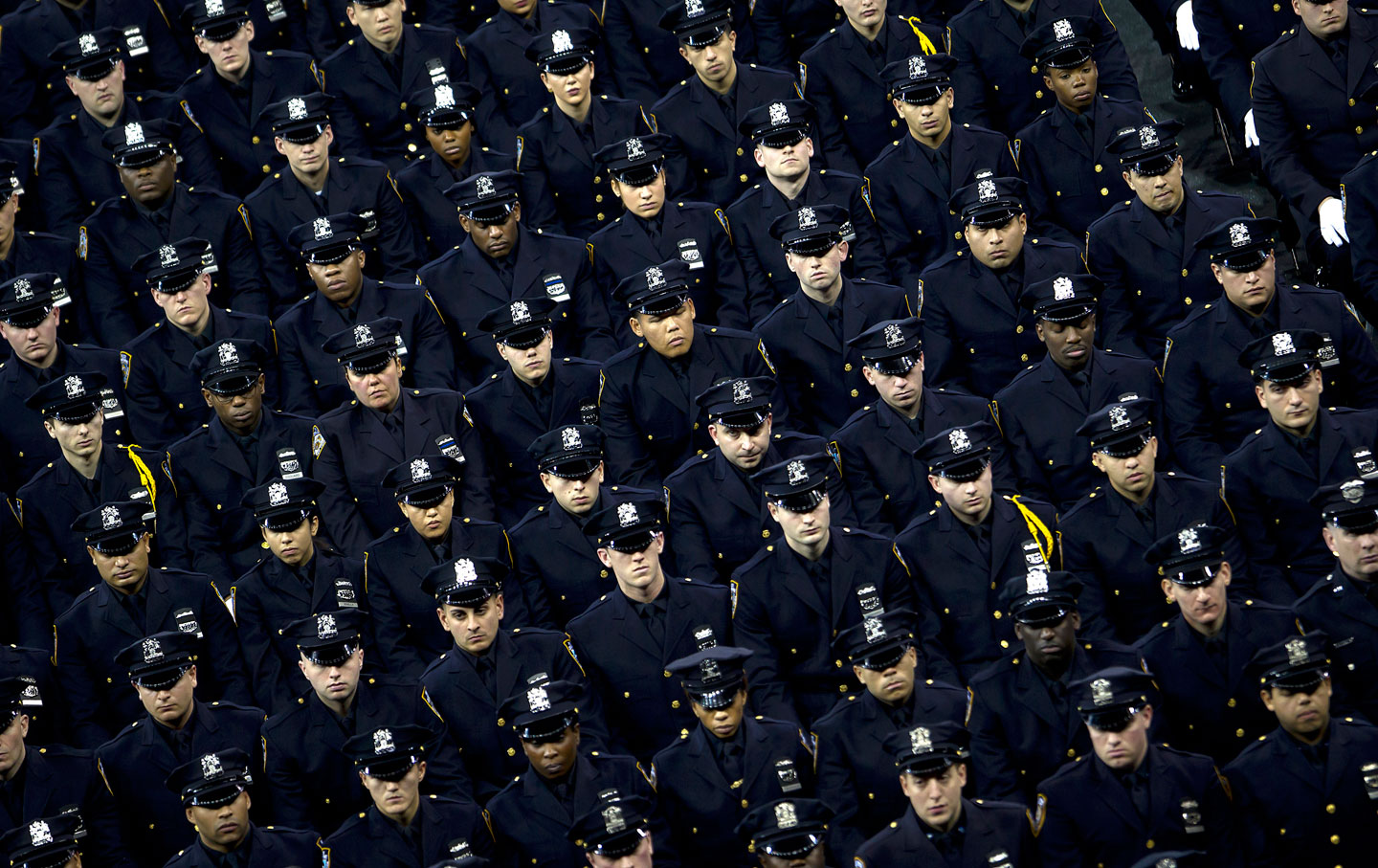 Much has been made in recent months of a series of isolated crime increases in a handful of US cities. Breathless accounts of a new crime wave have appeared in both liberal and conservative media. Right-wing pundits and some police leaders have claimed that there is a “Ferguson effect”—a significant crime increase due to the “Black Lives Matter” protests against police violence. This is both junk science and political opportunism.

The "Ferguson Effect" is both junk science and political opportunism.

The New York Times recently reported that a couple dozen US cities have experienced increases in murders, and a few others some increase in other violent crimes. While any uptick in serious crime should be of concern, short-term changes in a few crime categories is thin evidence of a sustained national trend. In fact, in most parts of the country, crime in general, and murder rates in particular, continue to go down. While New York City, one site of ongoing protest, had a spike in homicides in the early part of the year, the city just completed the “safest summer in 25 years” according to Commissioner Bill Bratton. In addition, a new report by the Sentencing Project shows that in St. Louis, the uptick in homicides actually was well underway before the death of Michael Brown.

Even in cities that have experienced some increase in homicides, there has been no increase in other crimes. Why would a reduction in policing (as claimed by proponents of the “Ferguson effect”) result in more homicides but fewer robberies, burglaries, and auto thefts? The fact is that while homicide numbers are considered very accurate, they are such rare occurrences that it is very dangerous to draw any conclusions about broader crime trends from limited periods of time. Six months of homicide data is not enough to predict what year-end numbers will look like, and it’s bad journalism and worse science to do so.

For the last 20 years, police leaders and their supporters have claimed near-total credit for the dramatic drop in crime beginning in the 1990s, even though different police departments have supported very different and at times contradictory methods. Now that there is some evidence of a crime increase in their jurisdiction, their fingers are suddenly pointing elsewhere. The right-wing echo chamber is abuzz with attacks on the movement against police misconduct, from slandering individual activists to blaming a host of social ills on them, while at the same time denying that they have any influence or relevance.

The uptick in homicides in St. Louis was well underway before the death of Michael Brown.

Even a casual glance at the historical record puts the lie to these claims. When past movements for police reform have emerged in the wake of the Rodney King, Amadou Diallo, or Oscar Grant incidents, there was no appreciable change in crime trends in the specific cities involved, or nationally. Whether these protests took the form of riots, nonviolent civil disobedience campaigns, or sustained community-based protests, crime rates were unaffected. As mentioned before, in some cities the change in homicide rates began before last summer’s protests, in others the trend continues downward, and in others the trends are mixed.

What those who declare a “Ferguson effect” want us to believe is that police need a “free hand” to control crime. Any attempts to end abusive, racist, or illegal police activity is problematic because it interferes with unfettered police power. This is a misunderstanding of the nature of effective policing. Decades of research shows that policing works best when communities support the police, feel respected by them, and accept their actions as legitimate. Second, it throws the Constitution under the bus. Practices like shooting fleeing suspects and stopping and frisking people without reasonable suspicion have been found unconstitutional. To defend these practices as not only necessary but appropriate flies in the face of our legal system and should call into question the loyalties of those who mimic them. Finally, the social costs of racist overpolicing are too high, regardless of effectiveness or legality. No society should be asked to accept the levels of arrest and incarceration being meted out against young people of color in the United States. It tears at the basic social fabric, and is one of the main drivers of increasing social and economic inequality.

Whether there is an uptick in homicides or not, we should all be concerned about the concentrations of extreme violence in very poor communities of color in the US. In order to reduce this violence, we must embrace non-punitive solutions that maximize the well-being of as many people as possible—that is the definition of justice.

Those who declare a “Ferguson Effect” want us to believe that police need unfettered power in order to control crime.

If we want to know what’s driving violence in these communities, we should start by talking to the young people involved and those who work with them on a daily basis. Across the country there are hard-working men and women reaching out to young people in order to address their social and economic isolation and break the cycle of violence that often comes to define their everyday lives. Community based anti-violence initiatives in like places New York, Minneapolis, and Washington often lack adequate resources, and often view heavy-handed policing as just another source of harm.

After over 20 years of significant crime declines, it is likely that that there will be upticks in crime in the near future. Political opportunists will try to link this to whatever social changes are underway that they don’t like—with little regard for evidence or logic. Journalists have a role to play in challenging these facile undertakings. Police and political leaders should be held to account as well. By embracing the nonexistent “Ferguson effect,” they only further undermine their own legitimacy and drive a bigger wedge between themselves and the communities they are employed to serve.