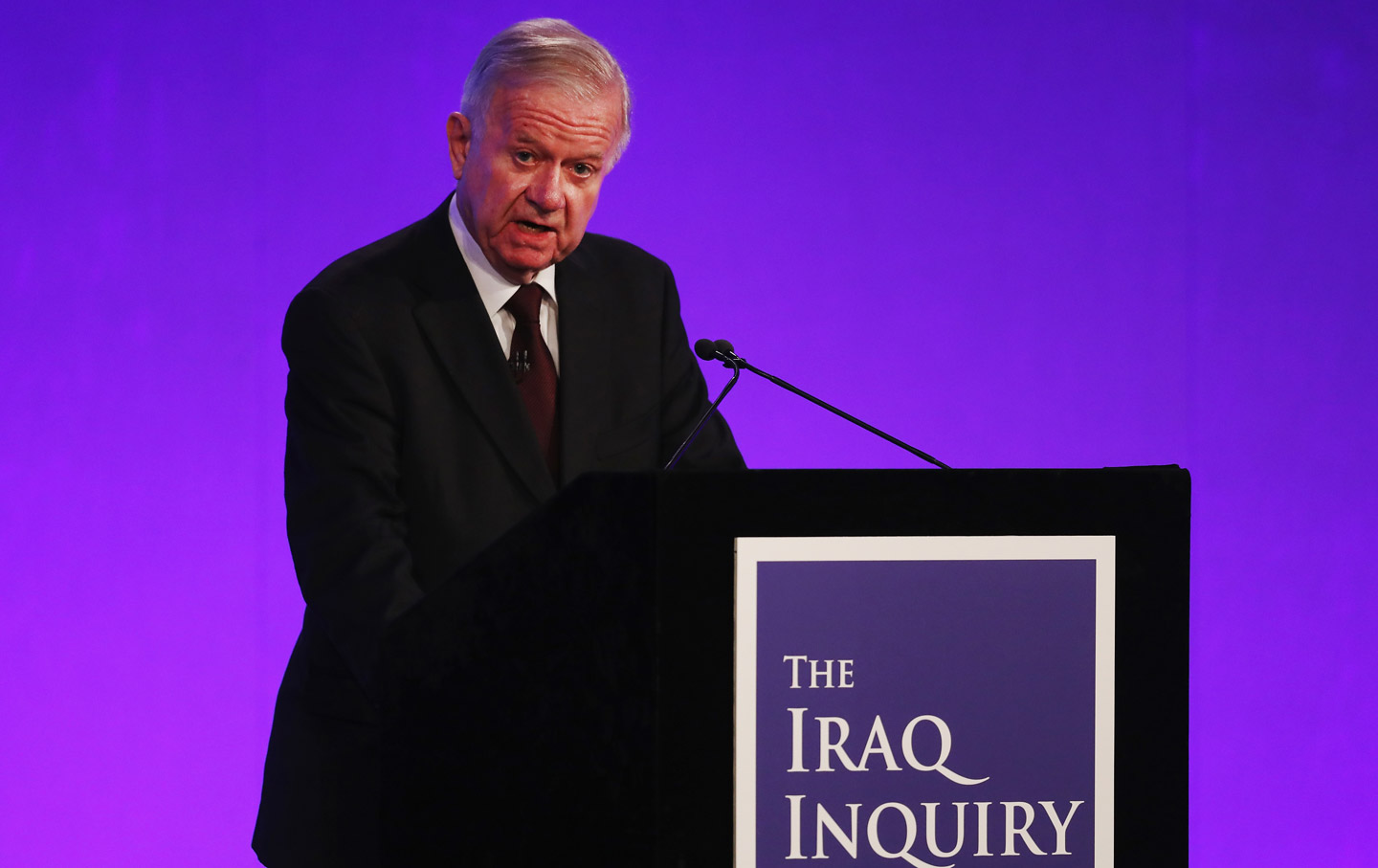 London— What can you say about a 13-year-old war that destroyed a country and killed hundreds of thousands of people? If you are John Chilcot, chairman of the Iraq Inquiry—the official British investigation into the causes and conduct of the Iraq War—the answer turns out to be quite a lot. Released on Wednesday morning—a little under seven years after the inquiry was first announced—the Chilcot Report’s 2.6 million words fill 12 volumes, and would take about nine days of around-the-clock reading to finish.

It may well be that, as in so many American government White Papers, the most significant findings are buried deep in the footnotes. But even judging by the early coverage, the findings are damning enough to ensure that unlike Henry Kissinger, Tony Blair will remain a political pariah for the rest of his life. Chilcot is a retired civil servant, a knight who also holds the Order of the Bath, a former staff counselor to both MI5 (Britain’s FBI) and MI6 (Britain’s CIA), and a member of the Privy Council, a group that advises the Queen. He is, in a phrase, the very model of a modern British mandarin. Which makes the report’s calm, careful, measured indictment of former Prime Minister Tony Blair all the more devastating:

Though Chilcot and his colleagues on the inquiry—who included Roderic Lyne, the former British ambassador to Russia; the defense intellectual Lawrence Freedman; the foundation executive Usha Prashar; and the late historian Martin Gilbert—were all Privy Counsellors, none of them are lawyers, and they refrain from coming to any conclusions about the war’s legality. The closest they get is an admission that “the circumstances in which it was decided that there was a legal basis for UK military action were far from satisfactory.”

On the infamous “dodgy dossier”—the 19-page February 2003 briefing on Iraq’s weapons of mass destruction issued to journalists by Blair’s spokesman Alastair Campbell, and relied on by the government in the parliamentary debate on the war—Chilcot says “there is no evidence that intelligence was improperly included in the dossier or that No. 10 improperly influenced the text.” But it also says that in preparing an earlier September 2002 dossier, the government engaged in the “deliberate selection of a formulation which grounded the statement in what Mr. Blair believed, rather than in the judgments which the JIC [Joint Intelligence Committee] had actually reached.”

The Chilcot Report’s deliberate tone will doubtless disappoint some who were hoping for a more untempered condemnation of Blair or Britain’s actions. But for those who can read between the lines, Chilcot’s bald declaration that “The government failed to achieve its stated objectives” is devastating.

Any doubts on that front were removed by watching Tony Blair, looking like he’d just climbed a very long ladder out of his own private hell, deliver his agonized rebuttal. Alex Salmond, the former head of the Scottish National Party, has called for legal action against Blair—a suggestion echoed by some Labour MPs, but so far not by the party’s embattled leader, Jeremy Corbyn, who in his own parliamentary response to Chilcot called the war “an act of military aggression launched on a false pretext,” and later in the day issued an apology “on behalf of my party for the disastrous decision to go to war in Iraq in March 2003.”

Given the crisis here brought on by last month’s Brexit vote, the full political impact of today’s report is not going to be known for weeks, perhaps months and years, to come. But the historical significance is made clear in one document that, of the many thousands of pages released today, is perhaps uniquely eloquent. In July 2002, Blair sent George W. Bush a “Note on Iraq” whose first line sums up the indignities of being the junior partner in a very unequal special relationship: “I will be with you, whatever.”

Before the UN votes, long before Parliament votes, before Hans Blix has reported, before anyone has assembled a single document in any dossier, Blair has already committed Britain to following America into war. Because he believes he has no choice if he is to have any hope of having his reservations—about the absence of a real coalition, the lack of evidence (“I have been told the US thinks this unnecessary”), the response in Europe and the Arab world, the war’s timing, and most of all the lack of a plan “post-Saddam”—taken seriously.

In Blair’s analysis, it was only Britain’s unconditional willingness to follow wherever the United States led that allowed his country to “punch above its weight” in the international arena. Not for him the path taken by his hapless successor, Ed Miliband, who in August 2013 balked at taking Britain to war in Syria—a refusal derided by David Cameron, but which gave Barack Obama political cover to pause the rush to intervene.

Would George W. Bush have forgiven a less supine Britain? We’ll never know. Just as the families of 179 British servicemen and women who died in Iraq may never know why. But, thanks to John Chilcot and his colleagues, we can say that Tony Blair’s faith in his own judgment—and in his ability, ultimately, to bring Bush around—was fatally mistaken.