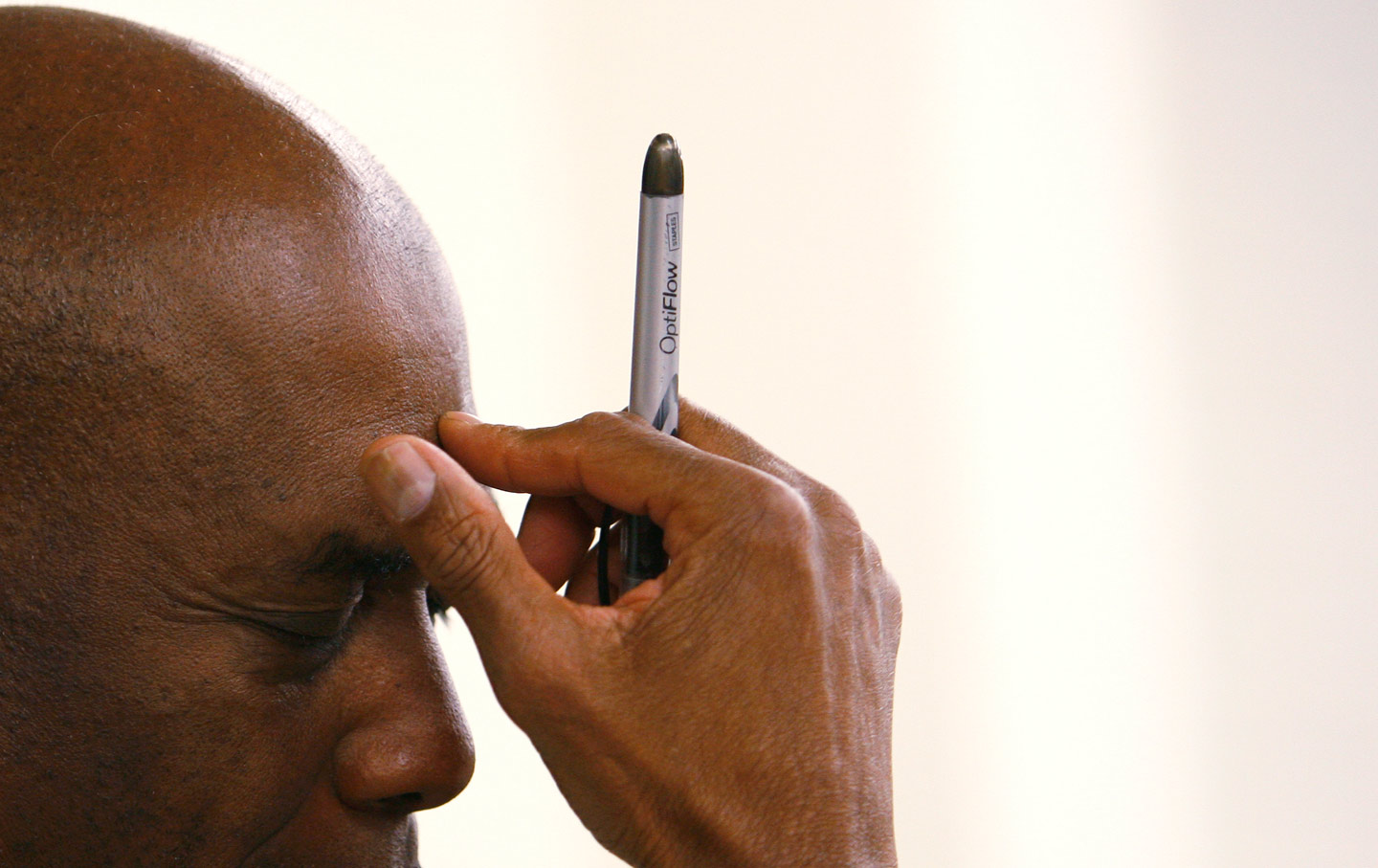 If you’re an on-call overnight security guard, or part-time retail clerk, or another one of millions who work without a set schedule, the most consistent thing about your job is being constantly broke and exhausted. But if you think that’s a slog, wait until you get laid off. The safety net is thin to begin with, but often the most precarious workers go from being stuck in a bad job to being shut out of unemployment insurance.

Unemployment insurance provides a critical income support to workers who lose their jobs “through no fault of their own.” But this compensation, which states generally award on the basis of past earnings, doesn’t quite work for the millions who are forced to work irregular part-time shifts or stuck in unstable “casual” service work. For these “irregular” workers—filling our retail stores, restaurants and warehouses—being forced to quit because of unsustainable hours is routine. But the standard unemployment check is often out of reach.

Problems with unemployment benefits are symptoms of a deeper scourge: jobs that simply don’t work with people’s lives

An analysis by Center for Law and Social Policy (CLASP) and National Employment Law Project shows that UI is inaccessible for the growing portion of the workforce with unstable schedules. These precarious low-wage service workers, like Walmart associates, have schedules with erratic shifts or without guaranteed minimum weekly hours. They tend to lack benefits and be economically unstable even before losing their jobs—problems that often hit women and people of color especially hard—and are doubly disadvantaged by UI rules out of step with workplace reality.

Take the example of a store manager who slashes payroll costs by cutting hours. The employer may boot a worker from a five-day workweek to, for example, three back-to-back night shifts. Then she may have no choice but to quit due to family needs—for example, because she can’t find another childcare arrangement. But the benefits office might not see this as being forced to quit “through no fault of their own,” which can bar her from unemployment benefits.

Because an “erratic schedule in and of itself” does not automatically excuse quitting, the report notes, a working parent who quits due to a childcare scheduling conflict could be deemed ineligible, despite a systemic lack of affordable childcare in her community. And state-level rules often impose on workers a so-called “duty to exhaust all reasonable alternatives before quitting,” So they’re expected to plead in “good faith” for a reasonable “accommodation.” But in a workplace like a Big Box store, where schedules are computer-generated and the supervisor doesn’t know your name, this may be an obvious exercise in futility.

The report describes a worker in Washington who “quit her job the day her employer advised that her full-time job would be reduced to part-time in 10 days and she would have to pay more for her health care coverage.” She was told that “her immediate leaving demonstrated her failure to do everything possible to preserve her employment.” (She later won after petitioning in court).

Although the state imposes this due diligence burden on workers with unfair schedules, the report points out, an unscrupulous boss faces “no concomitant obligation…to accommodate employees when setting job schedules.”

On the flipside, some agencies’ eligibility requirements actually penalize being too accommodating. Under policies on “Acquiescence to Working Conditions,” a worker may be disadvantaged by not quitting soon enough following a schedule change. In one case, a carpenter toughed it out for 10 months after his duties were shifted to filling a security job “that required him to be ‘on call’ for 24 hours, 6 days a week” and work in a “one-room structure without running water or heat.” His claim was later rejected on the grounds that his “failure” to leave after 10 months suggested that he was actually content with his new schedule, so he couldn’t claim he’d been forced to quit. Countering the assumption that putting up with a bad job means consent, CLASP argues: “Ideally, no amount of time in a job with unfair working conditions should be considered acquiescence.”

And in a perverse way UI rules actually validate unfair labor practices. One caveat in the eligibility rules exempts job sectors in which unstable schedules are “Customary.” That is, when getting shafted is part of your industry’s status quo—like when you and thousands of your fellow fast-food workers don’t know whether their next workday will start at dusk or dawn—if you quit, it’s your problem, not your boss’s. CLASP argues that under unsustainable schedules, “workers should have good cause to leave, regardless of whether or not these scheduling practices are customary.”

For “underemployed” workers who seek partial unemployment benefits—often after suffering a big schedule cut—some states impose arcane rules that lead to costly benefit reductions, essentially penalizing them for their meager part-time earnings. This paradoxically forces workers to choose between “accepting the job and earning just a fractional amount more than they would by claiming full benefits or turning down the job.”

A system intended to serve as a safety net shouldn’t validate bad jobs by blaming workers for leaving them. But the problems with UI are symptoms of a deeper scourge: jobs that don’t work with people’s lives, with schedules so oppressive that whether they suck it up or just quit, they’re trapped in a cycle of poverty.

CLASP policy analyst Liz Ben-Ishai tells The Nation via e-mail that while UI reforms are needed to support the least stable workers, fairer labor standards—such as those outlined in ambitious new federal and local proposals to safeguard workers against abusive schedules—are needed in the long run:

yes, it would be better to make jobs more sustainable, but… The reality is that we are not going to be able to create standards for fair work schedules over night, so workers need a safety net to protect them when they do end up in unsustainable jobs that they have to then leave. In some cases, UI agencies can update their practices or rules more easily or quickly than we can expect to pass new fair scheduling laws.

Unemployment insurance just turned 80, and it’s showing its age. In an era when the 40-hour grind is being eclipsed by the “gig” economy, the workers with the least secure jobs remain the most likely to fall through the safety net.